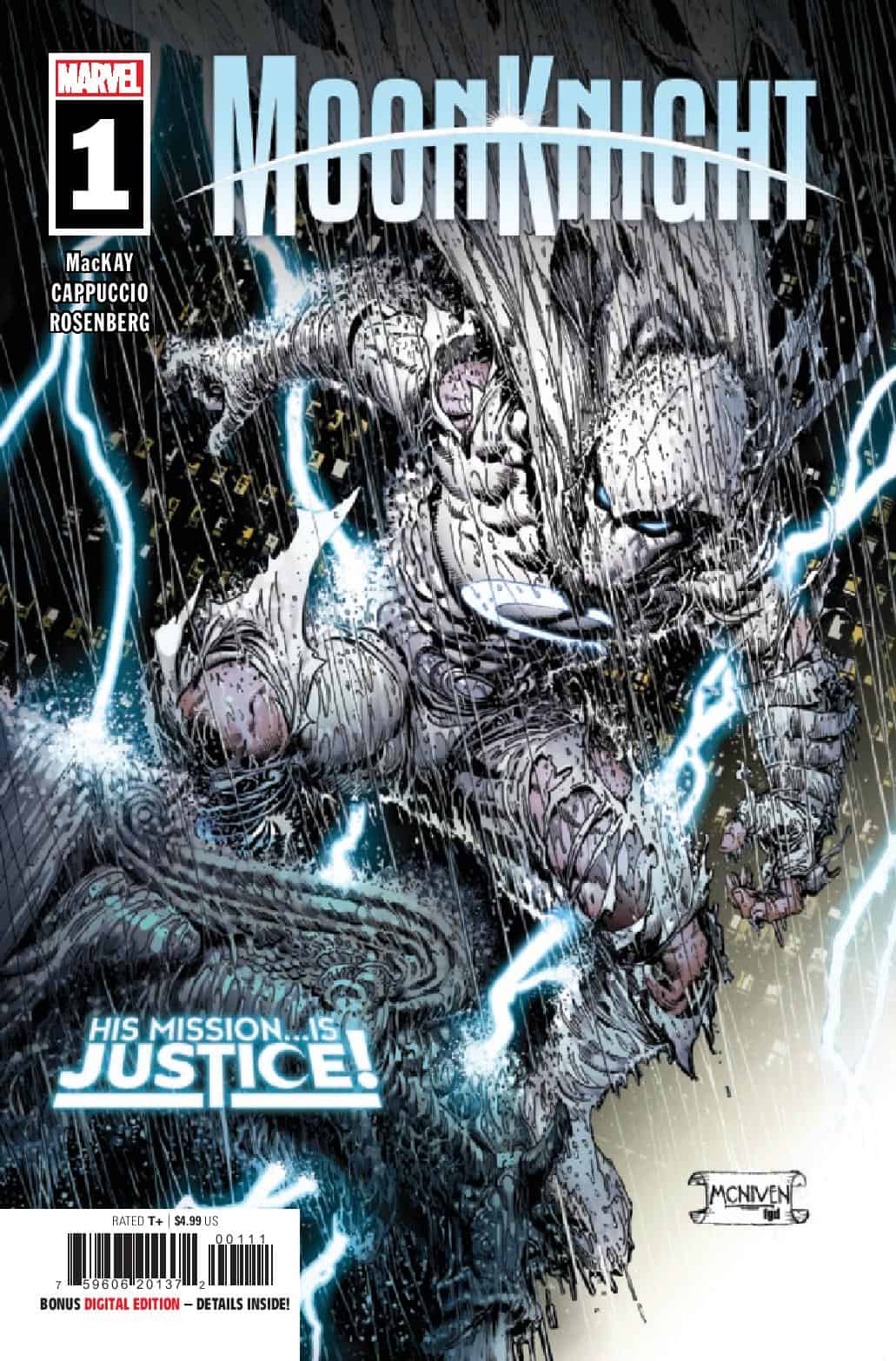 But back to Moon Knight: he has has a seriously convoluted history. He’s been a gruesome Spawn-like character, a guy in a business suit, a straight-up superhero, and much more. MacKay takes all these elements of the past and puts them together into a brand-new version, which is fresh yet very familiar. All this goes into a distinctly modern story that re-introduces the character to everyone, brings you up to speed on what’s going on, and leads the book into its future direction.

MacKay does all this while putting his distinct spin on Moon Knight that has never been done before. I’m happy to say that long-time fans of the character as well as brand-new readers, will get exactly the same out of this issue, and that is an authentically great time. 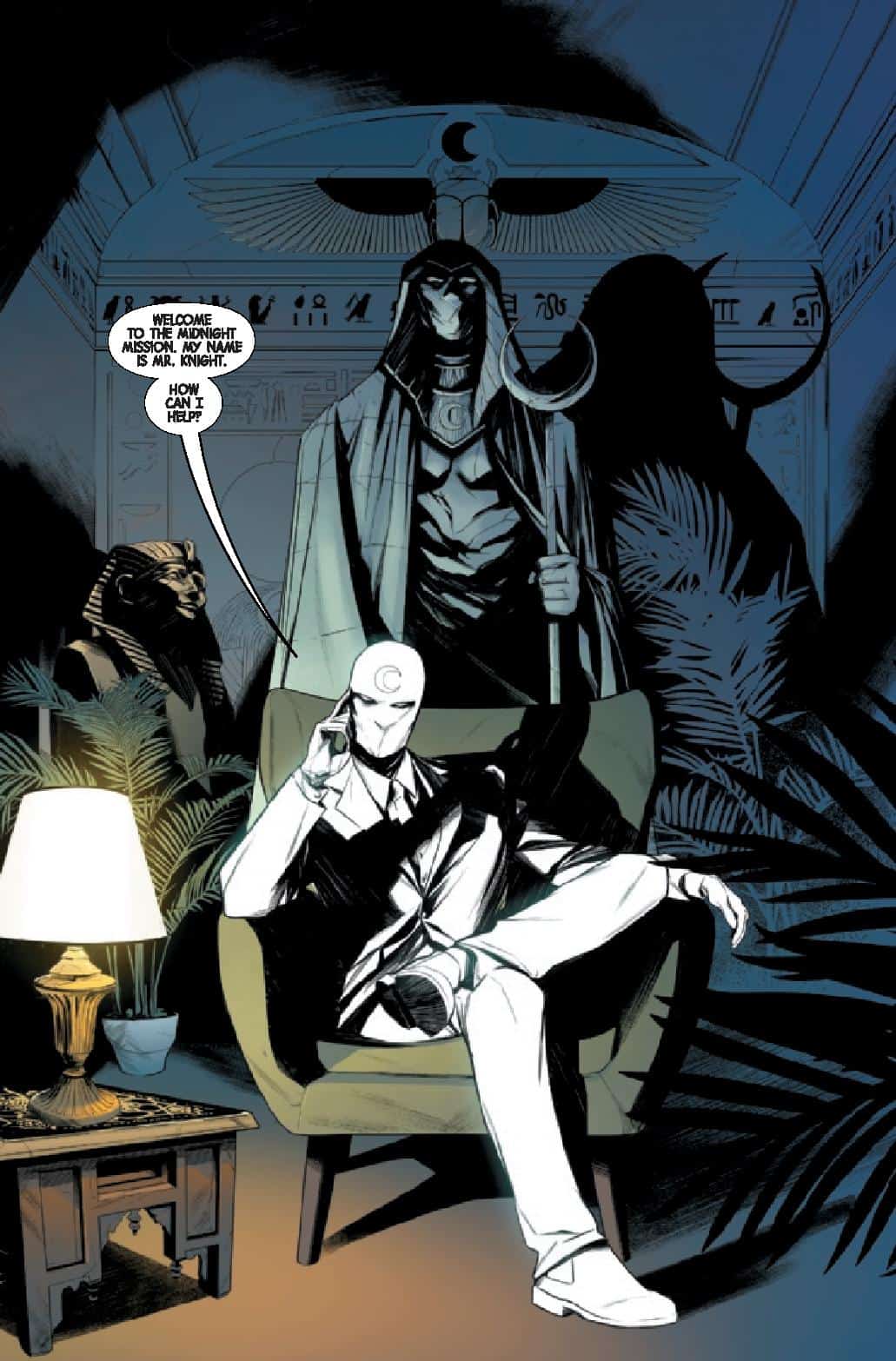 Artist Alessandro Cappuccio is largely unknown to me, but he’s a proven talent having worked on the Power Rangers comic for Boom Studios. About three pages into the book, you realize that he’s the right man for the job. He’s got a great technique, using simple detail to create a very rich book. Of particular note are his locations.

From the streets of New York to underground hideouts to offices, Cappuccio makes them all very interesting. You almost want to know more about them, which is something very rare. I’m looking forward to seeing a lot more from this up-and-coming talent; he’s certainly got a handle on Moon Knight and his grimy corner of the Marvel Universe.

This is one book that you're not gonna want to pass over on Wednesday. It's got a great story, with loads of drama and action and if that's not enough, it's also a great-looking comic!! This gets my highest possible recommendation.