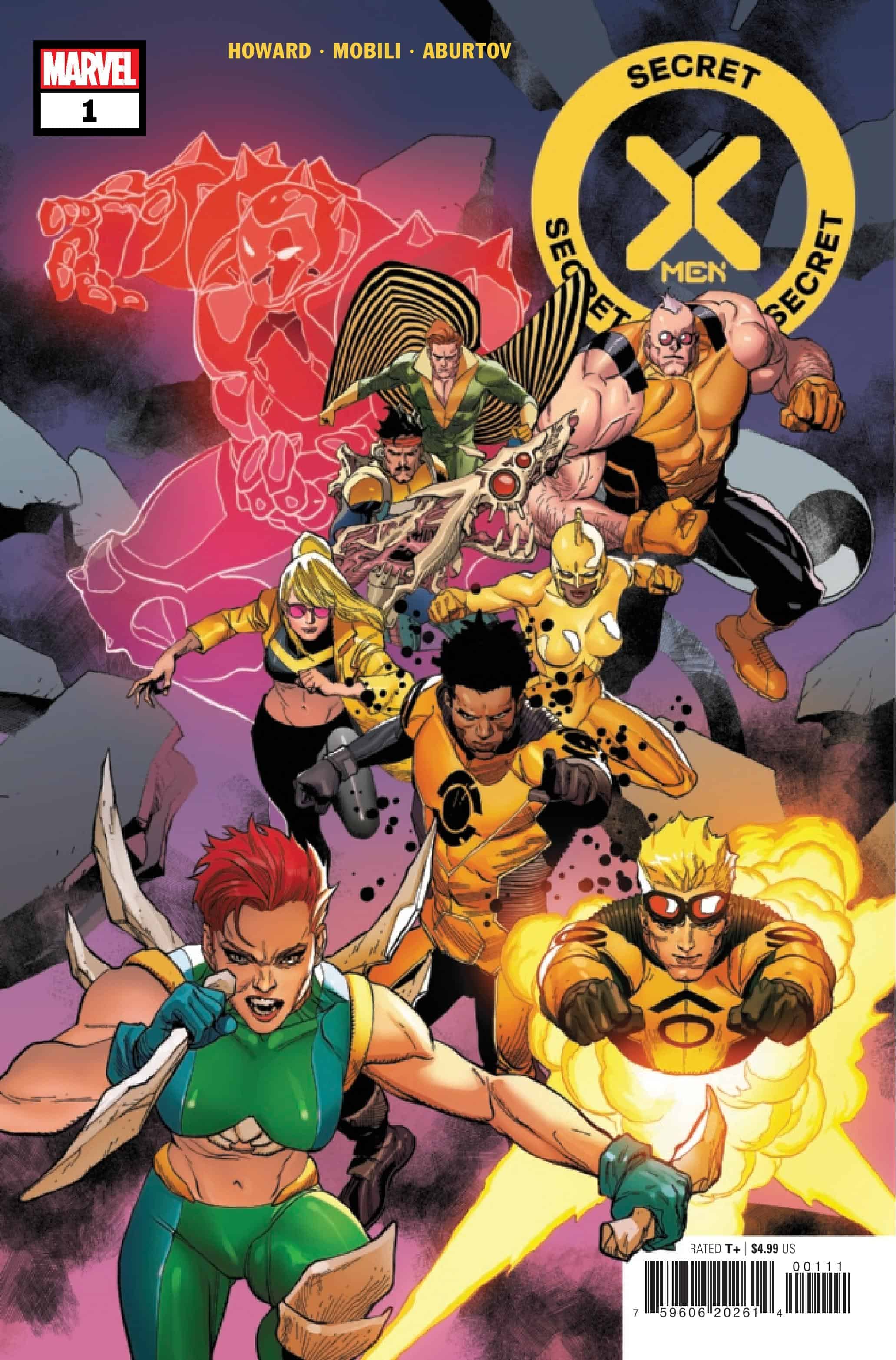 When the Shi'ar Empire faces an unexpected threat, they must call upon the X-Men. Team co-
captains Sunspot and Cannonball must lead Marrow, Tempo, Forge, Banshee, Strong Guy, Armor, and
Boom-Boom on a secret mission to save Empress Xandra.

Wait, those aren't the X-Men. Aren't those the mutants who lost the election?

Marvel promised us an adventure involving the nominees from last year’s election and that’s exactly what they deliver. Writer Tini Howard brings us a galactic romp with a bit of everything from hilarious and very in-character interaction to some very cool use of powers, snazzy new team uniforms, and a healthy touch of poignancy to boot. This book very much honors the tone set early on by Hickman at the launch of the Dawn of X era and I’d recommend reading those first New Mutants issues by Hickman and Rod Reis as a warm-up, especially with its characterization of Roberto and Sam who are very much centerpieces to this issue. Howard balances some solid intrigue and serious action with fun dialogue. There’s action involving an old enemy, political machinations, and some hilarious and entertaining data pages. Howard manages to tell a compelling and thoroughly entertaining yarn in the allocated thirty-something pages that is both neatly self-contained but also leaves wiggle room for a future storyline to be explored.

Francisco Mobili is an artist to keep an eye on and I’m glad we will be seeing more of him in the recently announced Secret Invasion sequel. The art is crisp, detailed and dynamic where it needs to be in the action and movement scenes but also beautifully expressive when it comes to facial expressions during character interaction, the interactions between Sam and Roberto specifically come alive because of this. He also draws a damn great Deathbird which makes him an instant winner in my book. Adding the marvelous colors of Jesus Aburtov and every page pops out beautifully at you even when it’s just characters talking or showing off their new outfits. There’s no shortage of dialogue which letterer VC’s Clayton Cowles makes sure not only fits on the page without taking away from the art but also spaces it in such a way that it beautifully communicates the cadence of the dialogue at hand which is important because it emphasizes the wittiness of the repartee between characters and that adds to the fun atmosphere of the book overall. This is a very well-executed book from Francis Yu’s marvelous cover to the last page. 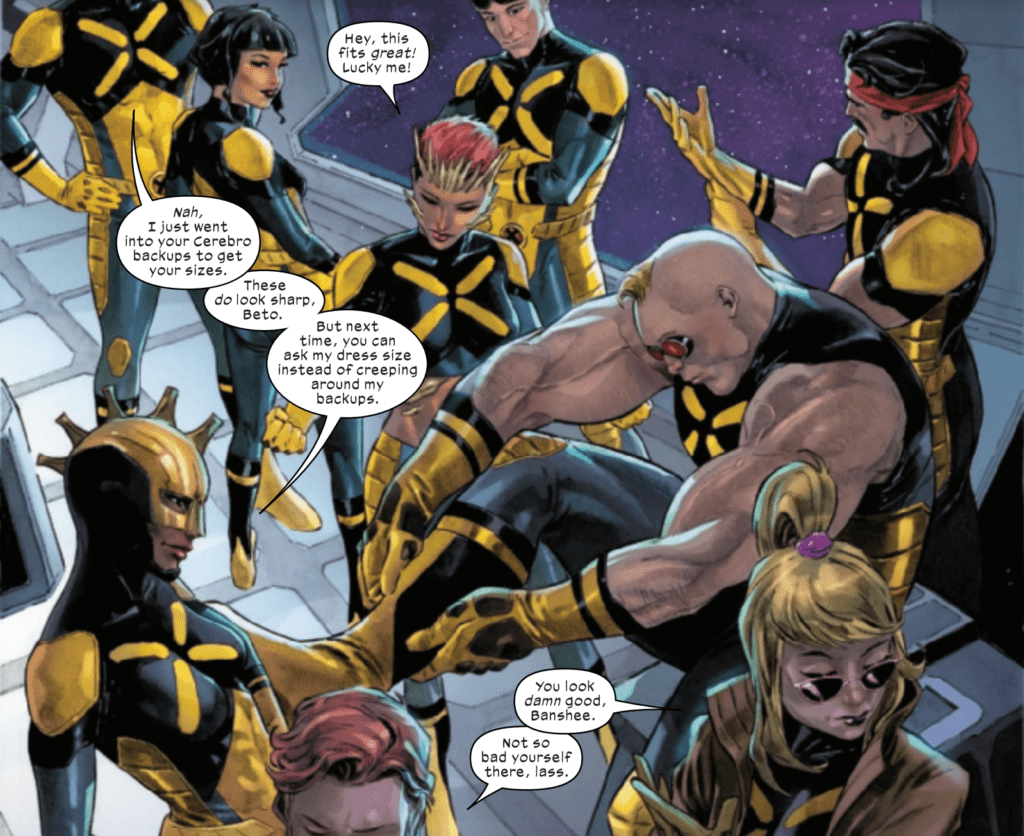 Secret X-Men #1 could easily have been a throwaway issue but Tini Howard and the rest of the creative team have come up with a very well-written smart and thoroughly entertaining yarn that honors what's come before in the era with great character interaction and some fun action delivered by a stellar art team.