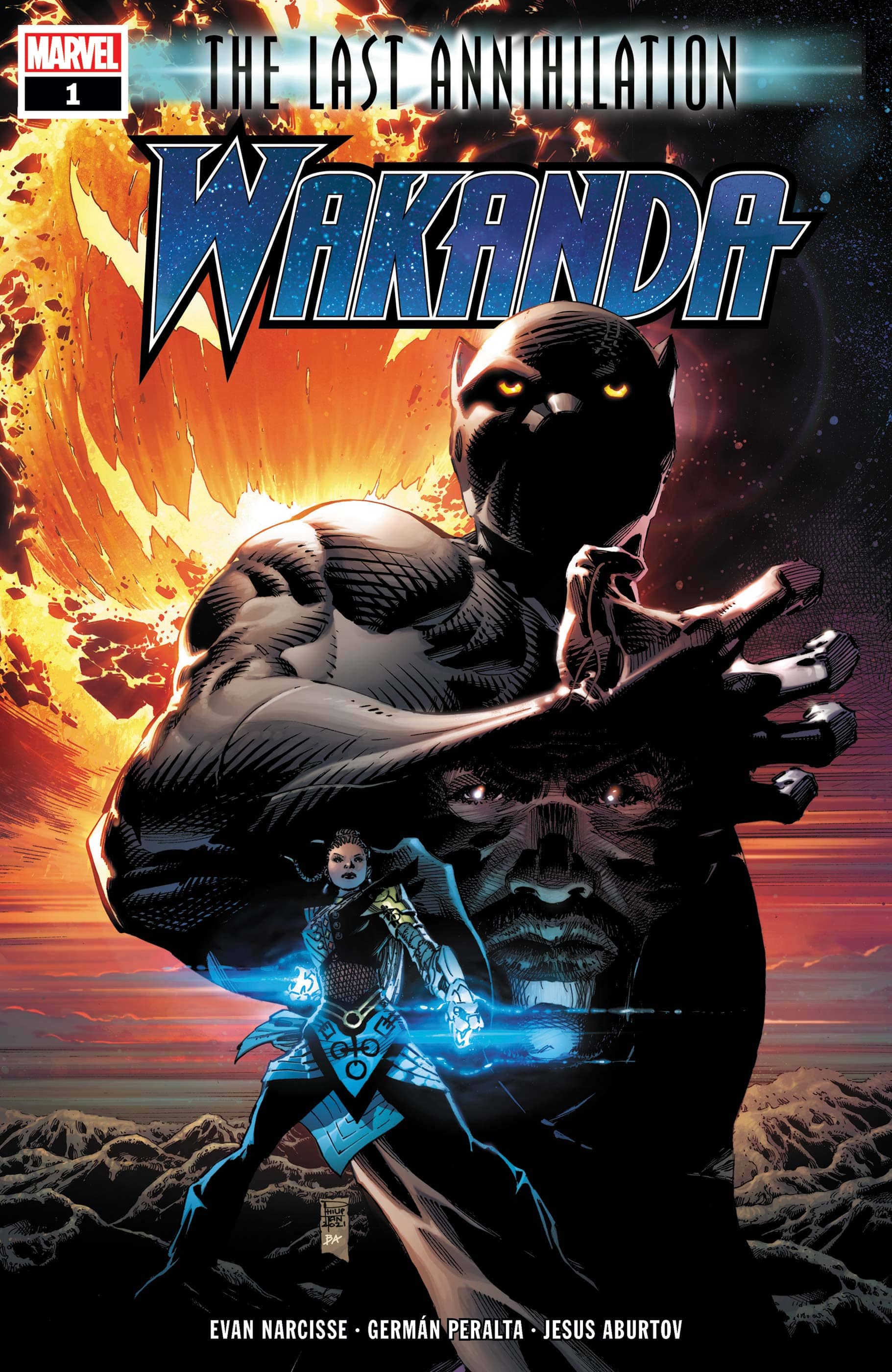 Dormammu's endless hordes of Mindless Ones threaten a Shi'ar moon, and if it falls, "The Last Annihilation" will surely wash over all life in the universe! The Shi'ar's only hope lies with the Intergalactic Empire of Wakanda, but given their bitter past, can even a fragile truce be brokered?

This is the penultimate chapter of "The Last Annihilation," and all bets are off!

The Last Annihilation: Wakanda #1 may just be a one-shot, and might be a chapter in a bigger saga, but it also lays out a great case for writer Evan Narcisse to eventually take the helm of Marvel’s ongoing Black Panther mythos. With the all-new, all-different framework set up by Ta-Nahisi Coates now firmly established, the Intergalactic Empire of Wakanda is not something that future writers will be able to just walk away from, retcon, or otherwise ignore. This is the world T’Challa and company inhabit now, and given the strengths of this one-shot, Narcisse shows he has the skills to steer the ship.

Of course, the job of Coates successor went to John Ridley (starting in November). Who will likely be spectacular in his own right. But Narcisse could have easily been chosen as Coates’ successor. He co-authored 2018’s criminally overlooked Rise of the Black Panther miniseries with Coates (as well Miles Morales in the PS5 Spider-Man game), and very clearly understands the relationships between all the characters involved. Which is great, because plot-wise, “The Last Annihilation” has been a bit threadbare: lots and lots of Mindless Ones are invading outer space at the behest of Dormammu, who has possessed Ego the Living Planet. There’s a germ of a good idea there, but unfortunately the overall execution has been a lot of “fighting hordes of indistinguishable bad guys.” None of that is Narcisse’s fault, and “Last Annihilation” has benefitted from a series of crackerjack one-shots to accompany it. Cable Reloaded, Wiccan and Hulkling, and now Wakanda have all individually been shining lights for this story, and evidence that it should not be dismissed regardless of its relatively thin premise.

Narcisse, though, does what any good writer does when confronted with a skimpy plot: he leans into the characters. And Wakanda is all the better for it. From T’Challa and M’Baku’s strained but mutually respectful deference, to Manifold and Shuri’s gentle flirting, to Deathbird’s justified contempt for Wakandans as a whole (the Empire committed some really heavy war crimes against the Shi’ar when it was run by N’Jadaka), Narcisse clearly understands these people, how they relate, and how to most strongly play them off one another. M’Baku in particular is written like the breakout star he became when he was portrayed by Winston Duke onscreen; a rebel whose cause has been fulfilled who now struggles to find his place in the new order. He has T’Challa’s respect, but refuses to be put in a position to, as he puts it, “bow and scrape” to the throne. Yet he allies himself with T’Challa regardless, for the good of the Empire. There’s an incredible amount of nuance Narcisse puts into this duo’s relationship, and that only comes from a keen understanding of not only who they are but what their underlying motivations stem from. It’s vastly superior writing than the unsuspecting and undiscerning reader might expect from an unassuming tie-in one-shot comic.

Artists German Peralta and Jesus Aburtov are an absolute joy. Peralta, whose work elevated the recent Maestro miniseries to unforeseen levels of greatness, crafts a vision of outer space that is vast, detailed, and riveting. Peralta’s space scenes recall the opening minutes of Revenge of the Sith, with the bright flashes of war all around, the hyper-realized details, and the breathless you-are-there’ness of it all. Aburtov elevates his own game far beyond the call of duty, too, showing why he’s one of the most in-demand colorists in the game right now. Cory Petit is a one-man wrecking crew of a letterer, too, tying the whole thing together in one deft package.

All of this is to say: 1. Don’t sleep on this title just because it’s part of a larger story, and 2. I’m sure John Ridley’s Black Panther will be great, but damn, it’s a shame Marvel didn’t tap Narcisse. Because as this one-shot proves, he would have killed it.

The Last Annihilation: Wakanda #1 isn't just a pivotal chapter in the story, it's a master class in its own right in strong character work. Don't sleep on this comic!