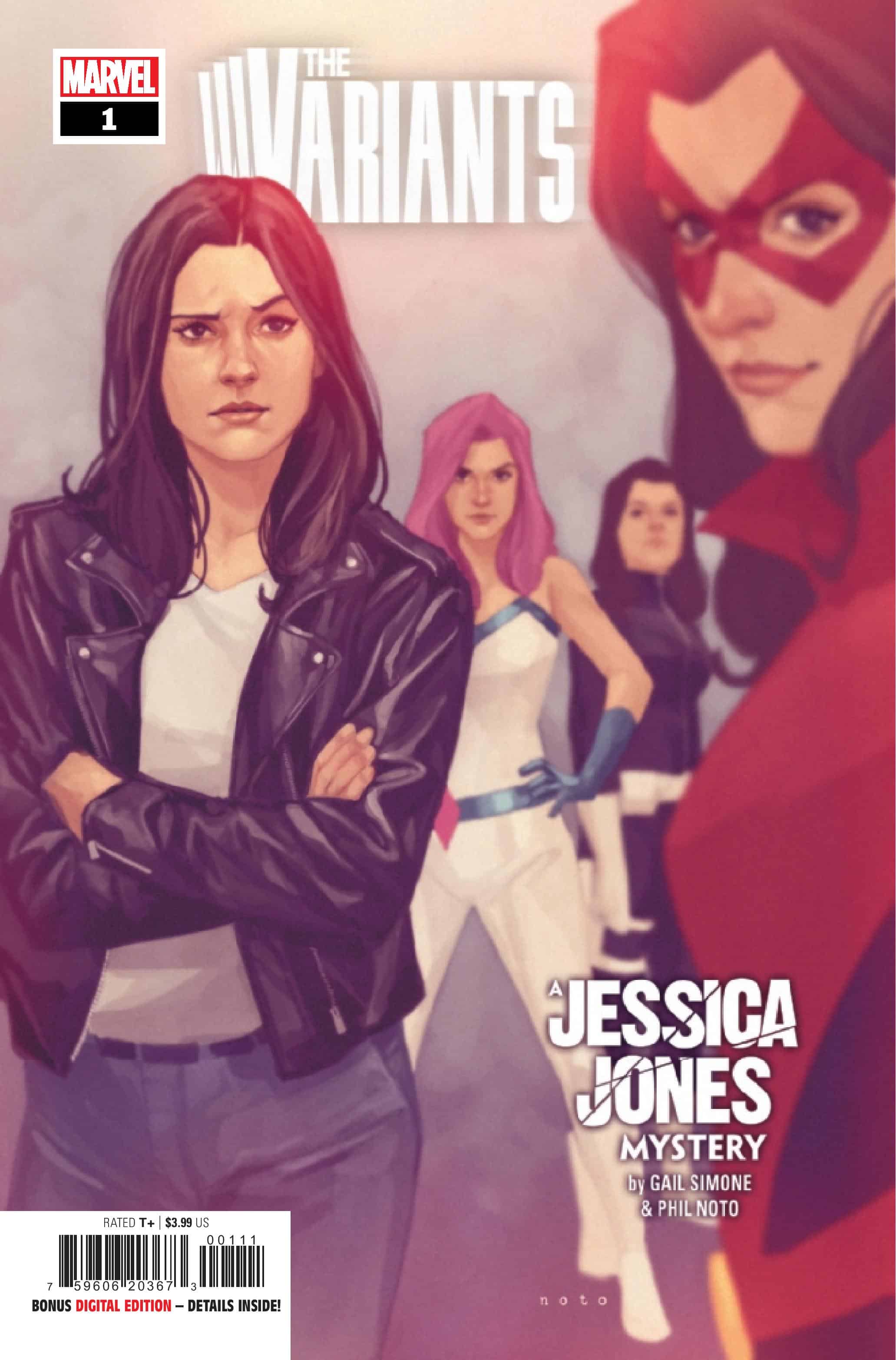 What would it really be like to meet an alternate version of yourself, another you who had made different choices and lived a completely different life as a result? That's the question facing Jessica Jones, as what seemed like a routine investigation instead has her encountering other incarnations of herself from across the Multiverse. Can Jessica get along with herself? Will she want to kill her other selves? And will seeing the lives she could have led drive her into a self-destructive spiral? This is what happens when you meet…the Variants!

Not just anyone can or should write certain characters in my opinion. Jessica Jones is one of those characters. It takes a writer with a knack for character voice to get Jessica just right. Jessica doesn’t fit the cookie cutter mold of the standard always cheerful always helpful super heroine. No, Jessica Jones is something far more important. Jessica is a survivor. Jessica carries an exceptional amount of trauma from her past and that trauma has shaped everything about her and if a writer was to ignore that? It wouldn’t be Jessica Jones. Fortunately Gail Simone gets her perfectly. Her Jessica is pitch perfect, its a balance between a badass that DGAF and woman constantly fighting her inner demons as she struggles with daily life, love, family and her job. 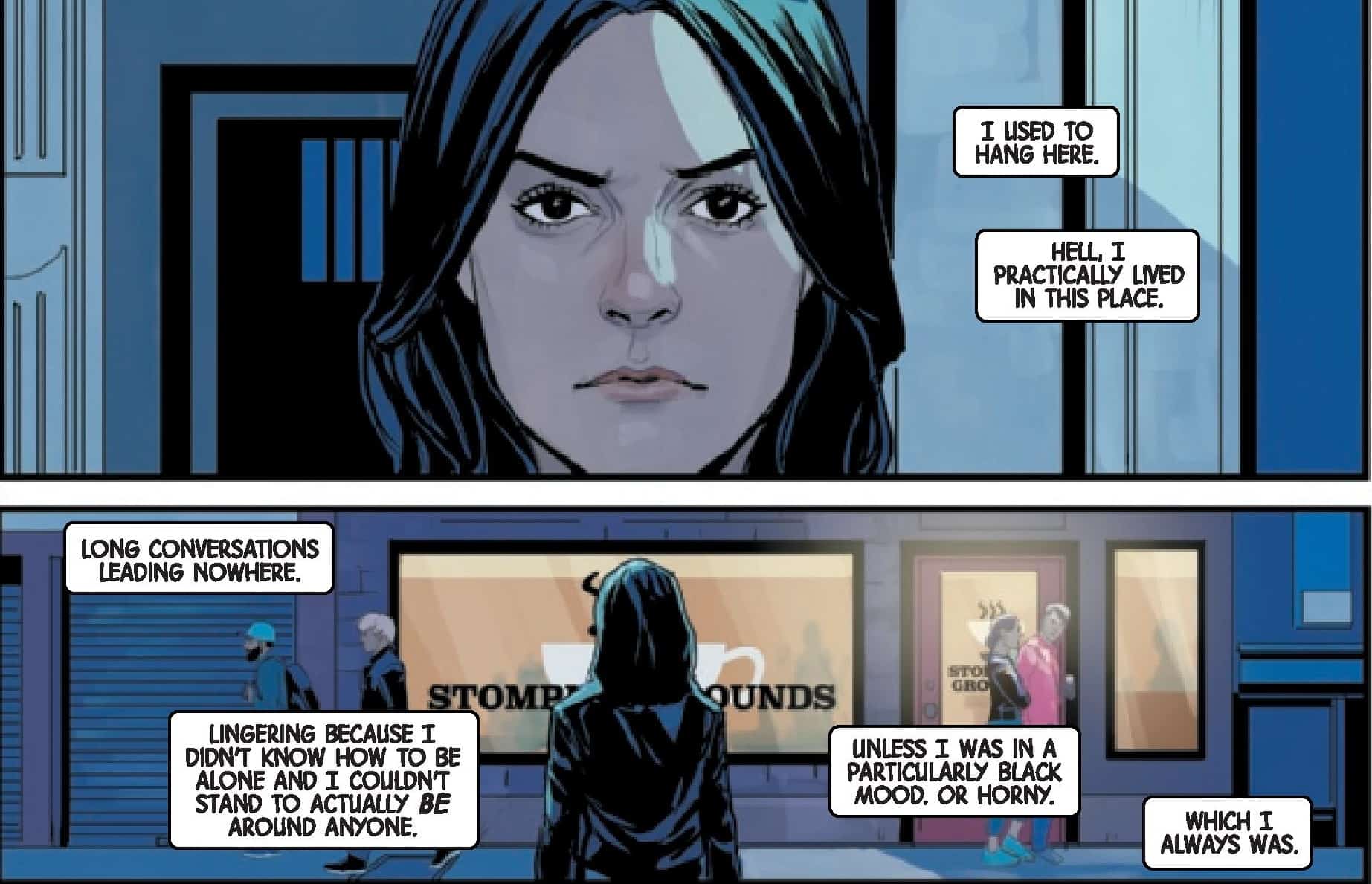 This is where we find Jessica. Simone’s opening and in fact the entire structure of the story lives up to the subtitle of this series: A Jessica Jones mystery. Jessica’s been having headaches, why is she finding herself blanking out, remembering things from the past and collapsing to the pavement? Why is a former victim of the same abuse at the hands of the mind controlling Purple Man warning Jessica, despite him being out of the picture, that she’s in danger, that Jessica’s family is in danger? Simone pours on the mystery in an issue that raises far more questions than answers. The pace of the issue is excellent. This isn’t a punch everyone in the face kind of opener although there is some well deserved leg breaking involved. No, this is very much a grounded psychological set up that bounces back an forth between moments, sometimes a little unclearly (which I think is both deliberate and adds an edge to things) that only really gets comic bananas on the last few pages. Before that Simone demonstrates her incredible ability to expose and dig into a characters vulnerability which is really the real hook for me here. She also writes a remarkably on point Daredevil and an even better Matt Murdock. She knows exactly where Jessica fits in the world around her, even though Jessica often doesn’t know herself. While this story is not meant to mirror real world events in my opinion. It’s timing and one of it’s central themes: The robbing of an individual’s and specifically a woman’s choice and selfhood has never been more pertinent or relevant as it is at this moment in history. 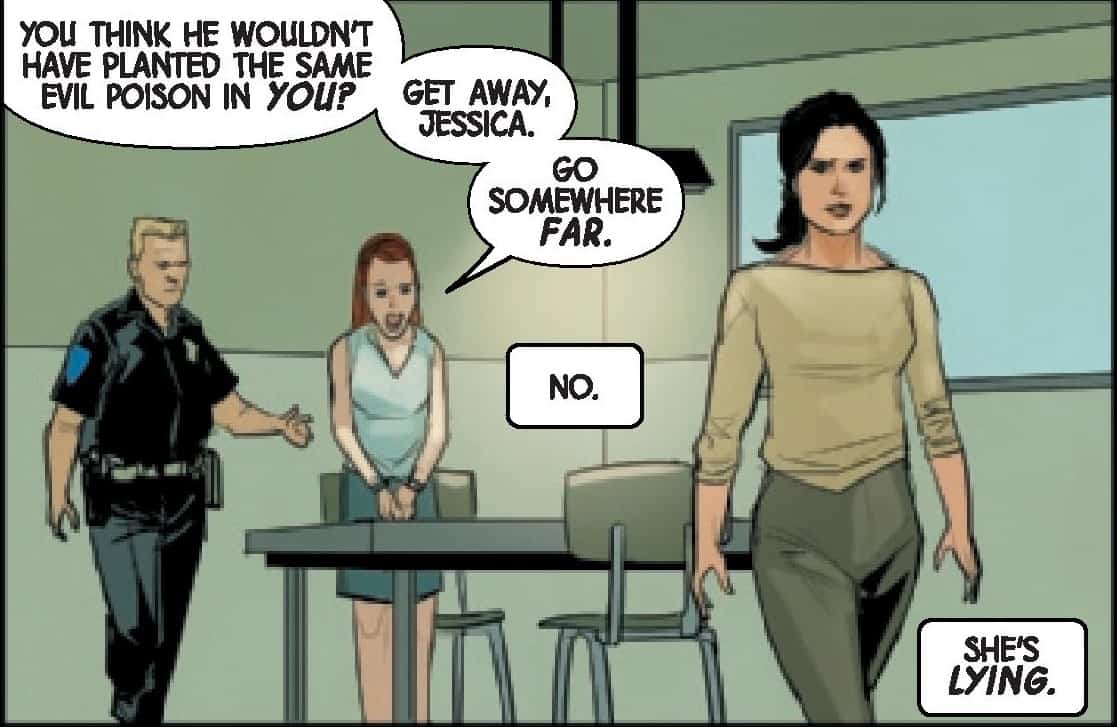 Phil Noto is an incredible artist and he brings a nuance to the psychodrama playing out on the page that allows the reader to feel the full emotional impact of everything being said by each character in every scene. He draws an exceptional Jessica and Daredevil. Noto’s deceptively clean lines and ability to bring the subtlety of what’s going through Jessica’s head is a key factor here. Look no further than the lipstick double splash page to see this. Every single panel gets the emotional tone of the script exactly right every single time. That’s a skill of someone who is not just a good artist but a master at their craft.

Shout out to Betsy Cola for her recap art which is gorgeous and ties in brilliantly to the examination of Jessica Jones and her identity.

Simone and Noto continue a tradition of spectacular stories about our reluctant, deeply traumatized heroine that goes back to the original Bendis/ Gaydos Alias series, and the more recent Thompson/ De Lulis one, with a smart, mysterious well executed opener that understands it’s central character perfectly and builds an enticing mystery based on that characters history.

The Variants #1: A Jessica Jones mystery is a glowing example of how engaging a story can be when the creative team understand the character, the characters history and that characters place in her own universe PERFECTLY. Exceptional character writing complimented by artistic nuance make for a thoroughly engaging opening installment to what promises top be a fascinating next chapter in one of Marvel's most believable characters.