Thor Annual #1: For the God Who Has Everything (SPOILER-FREE ADVANCED REVIEW) 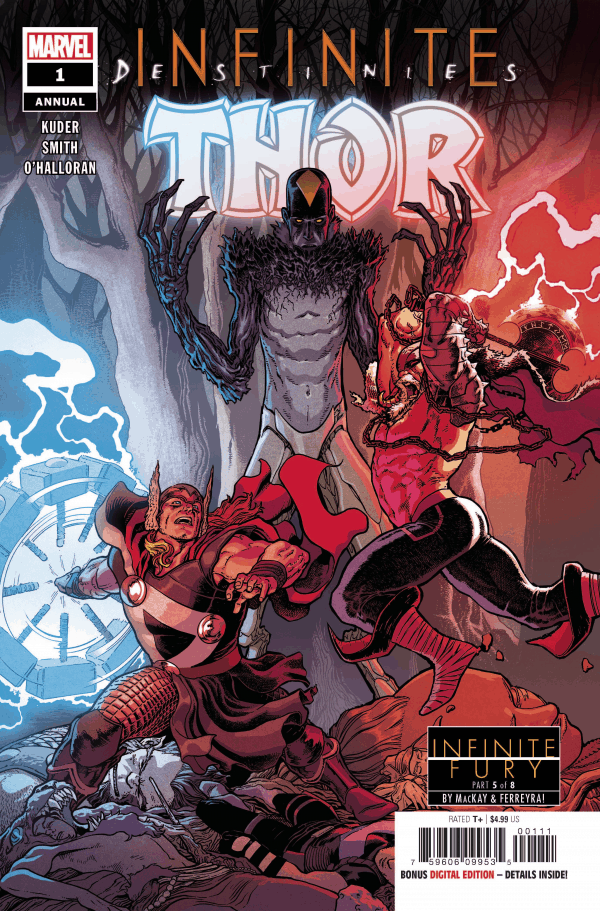 Thor and the other leaders of the Ten Realms (and, uh, Hawkeye?) have gathered for a World Tree celebration! But the festivities come to an abrupt halt when a mysterious guest — and his otherworldly powers — crashes the party. And his “plus-one” is a dark, twisted version of Thor who is determined to become the iron-fisted ruler of all the realms!

For Thor Annual #1, Aaron Kuder seems to have taken direct inspiration from a famous DC Comics Superman Annual: Alan Moore’s widely acclaimed story “For the Man Who Has Everything.” Much like that story, this story features a magical plant-like organism (given as a gift) that makes the story’s caped hero see himself in another life he might have led had events transpired differently.


While Superman’s fantasy begins with an ideal Kryptonian life that turns disturbing, Thor’s plant-induced hallucination starts as a nightmare and gradually shows itself to be more than that. By playing off of a famous Superman story, Kuder makes comparisons to Moore’s work unavoidable.


Thor Annual #1 doesn’t quite feel as narratively deep — either in terms of the political or personal — when compared to Moore’s work. However, it’s nonetheless an enjoyable read on its own, at turns both funny, disturbing, and just as action packed as its cover promises. 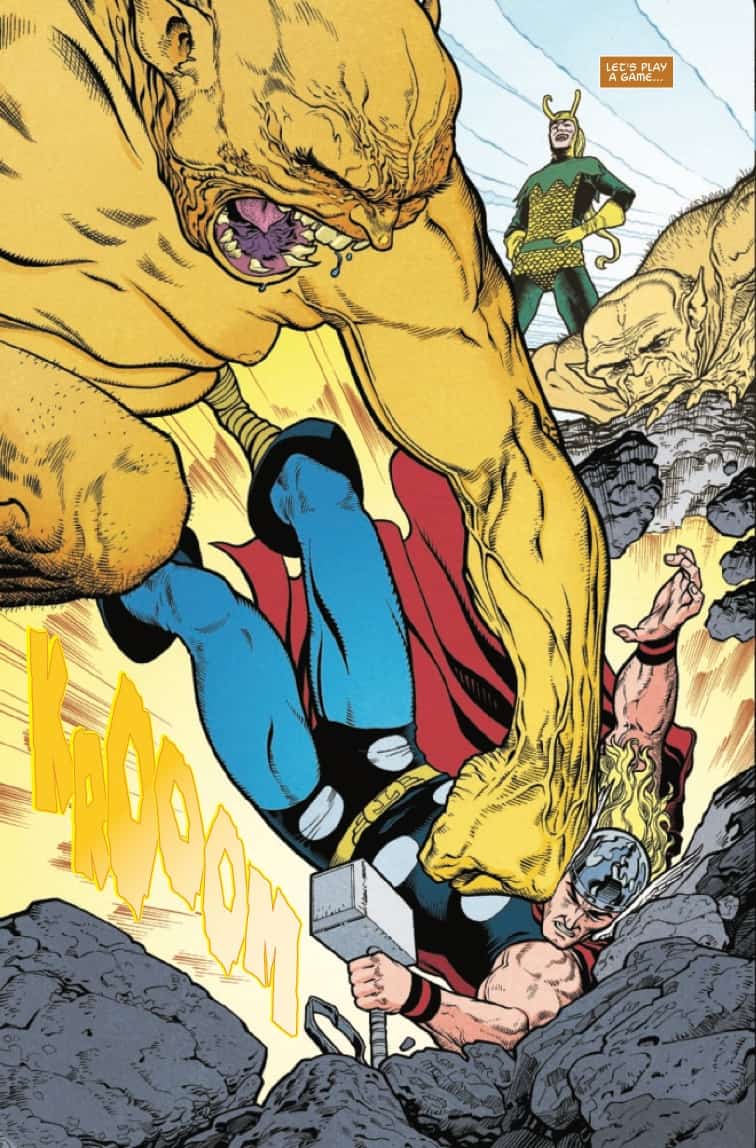 Kuder is also the issue’s artist (with inks by both Kuder and Cam Smith) and has the advantage of playing to his own strengths artistically. He has a keen eye for the visceral and dynamic, with the action sequences and a couple of mildly disturbing moments being some of his best work. That said, Kuder has a tendency to leave large amounts of detail in the backgrounds of images, which can sometimes make compositions feel more cluttered and muddy. 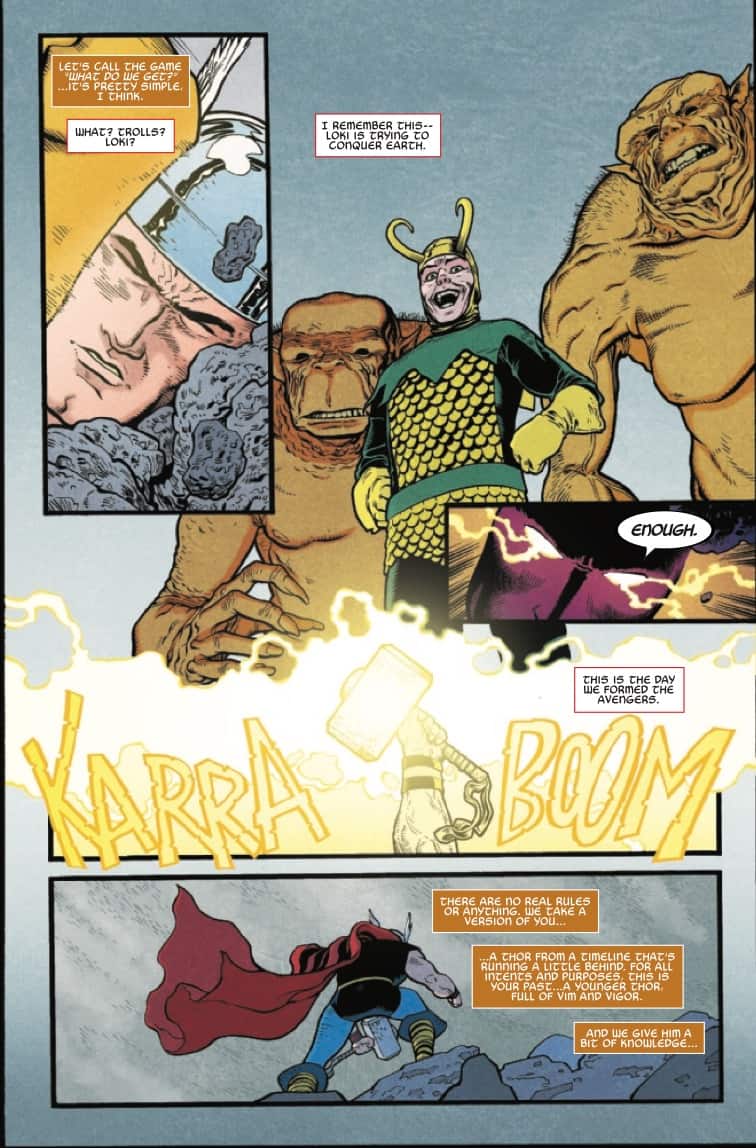 It’s when Thor hurtles back into the Silver Age stories that the book is at its most charming. Beyond simply dynamic, the book feels playful and oozes nostalgia. The annual’s colorist Chris O’Halloran embraces the chance the book offers to show his range.


While the book’s earliest stint feels stylistically reminiscent of War of the Realms, O’Halloran is more restrained during the “Silver Age” portion of the story in a way that calls back those older comics. This pared-back coloring style also allows Kuder’s detail-heavy artwork room it needs to breathe. That said, when the book takes its final tonal shift towards the dark and moody, O’Halloran’s coloring style once again swiftly works to both adjust and enhance the story.


While the book might start on the cheezy side, its ending is reflective of its cover: a darker slice of fantasy driven by conflict. The result, on the whole, is an enjoyable read.

Thor Annual #1 is an action-packed, nostalgic read. In some ways a “What If…?” issue, it reminds us of what transpired in older Thor stories, but also asks what might have happened instead.

Thor Annual #1: For the God Who Has Everything (SPOILER-FREE ADVANCED REVIEW)