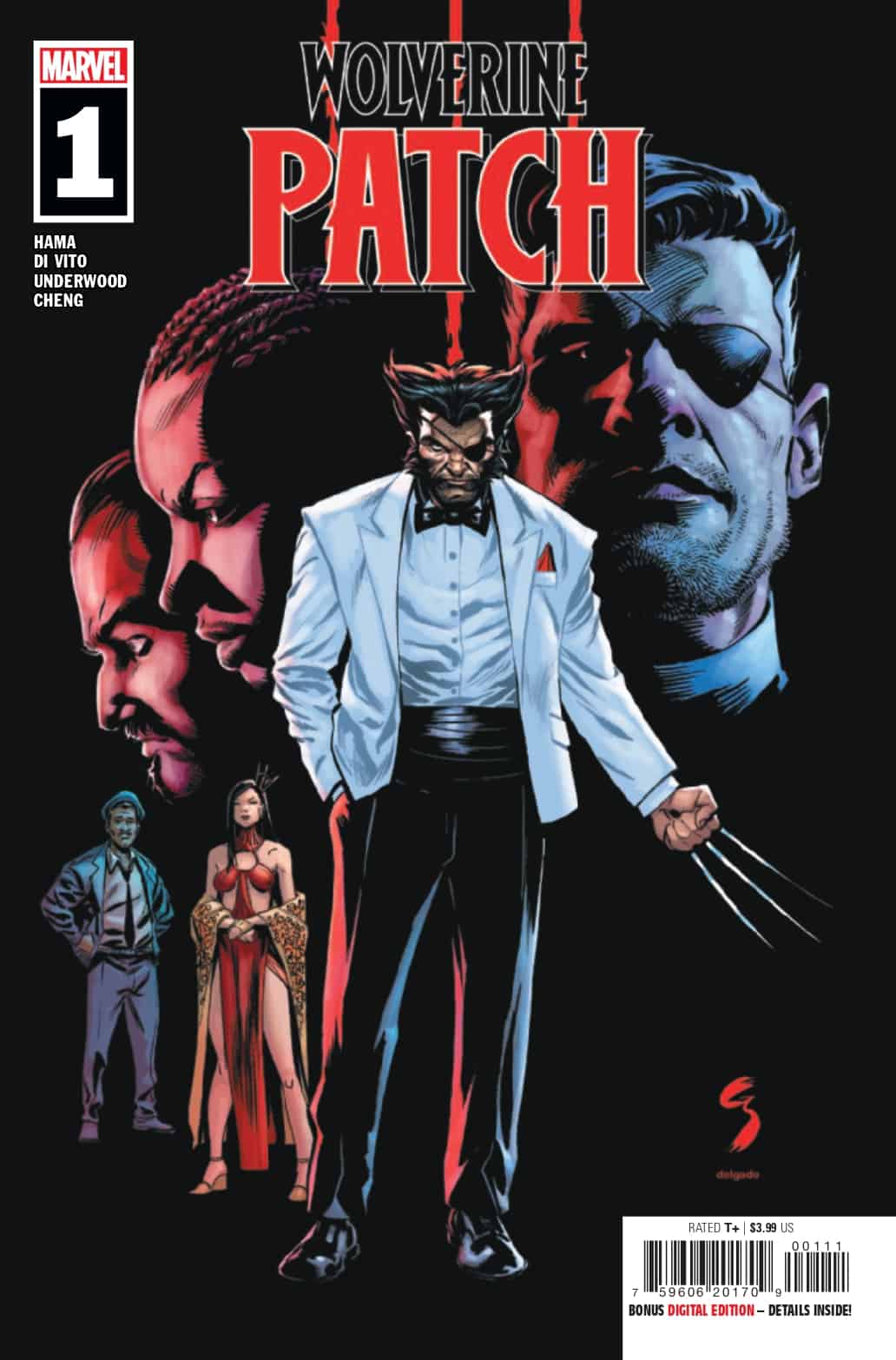 A simple recon as a favor turns into something else entirely as Logan, the man Madripoor locals know as Patch, finds himself in the middle of a mystery involving everyone including Princes, warlords, yakuza crimelords, and even S.H.I.E.L.D! What mystery is lurking in the Madripoor jungle and will Patch get to the bottom of it without getting killed in the process?

You’ll get no argument from me that Larry Hama’s run on Wolverine is one of the definitive runs in the history of ol’ canucklehead and this opening chapter reintroduces us to a full host of players Hama and Silvestri placed on the stage of Logan’s life back in WOLVERINE Volume 2 #31 including Tyger Tyger, Archie Corrigan, General Coy and several other nefarious characters from that era. 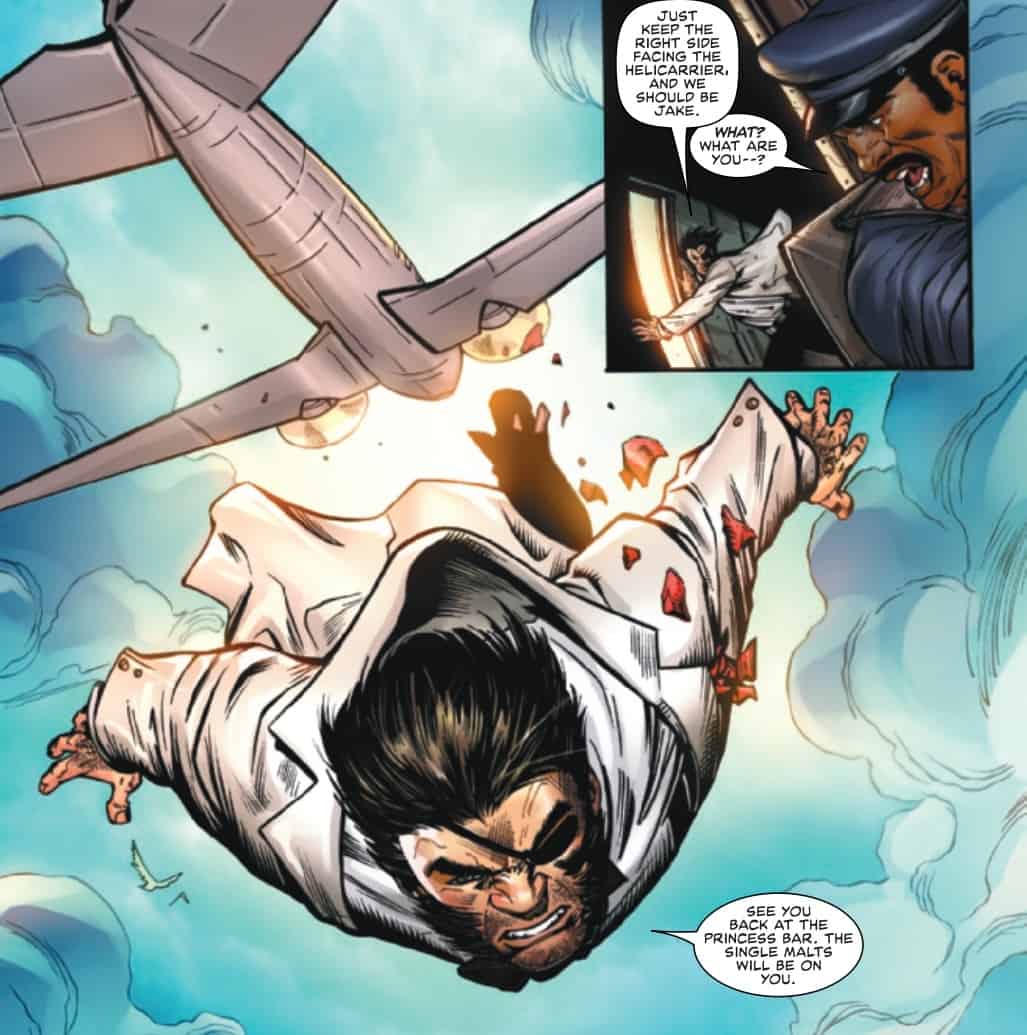 This isn’t a costumed caper, with no familiar spandex to be seen. It’s a story about Patch: Logan’s Madripoor alter ego and partner in the Princess Bar and the machinations that come with being associated with the underworld of the island nation. You don’t have to be familiar with Hama’s previous run to follow the story but having that knowledge really does add a layer over this whole issue which seems to be placing itself as a prelude chapter to the aforementioned arc that began with issue #31 of Hama’s run. There’s action and intrigue aplenty as Wolverine finds himself embroiled in a mystery in the jungles of Madripoor with many familiar faces from the previous run and also some new and interesting faces that are really there to make Patch’s life more difficult than it already is. Hama writes a very familiar and comfortable Logan and supporting cast as if he had never left the book. It’s a classic tale set in the past so don’t be looking for any references to the current era, there aren’t any. It feels like it’s meant to be of its time in which it’s set and that works for the script and the story Hama is setting out. It knows what it is and it does that and does it well. It’s Wolverine comfort soup for the soul. 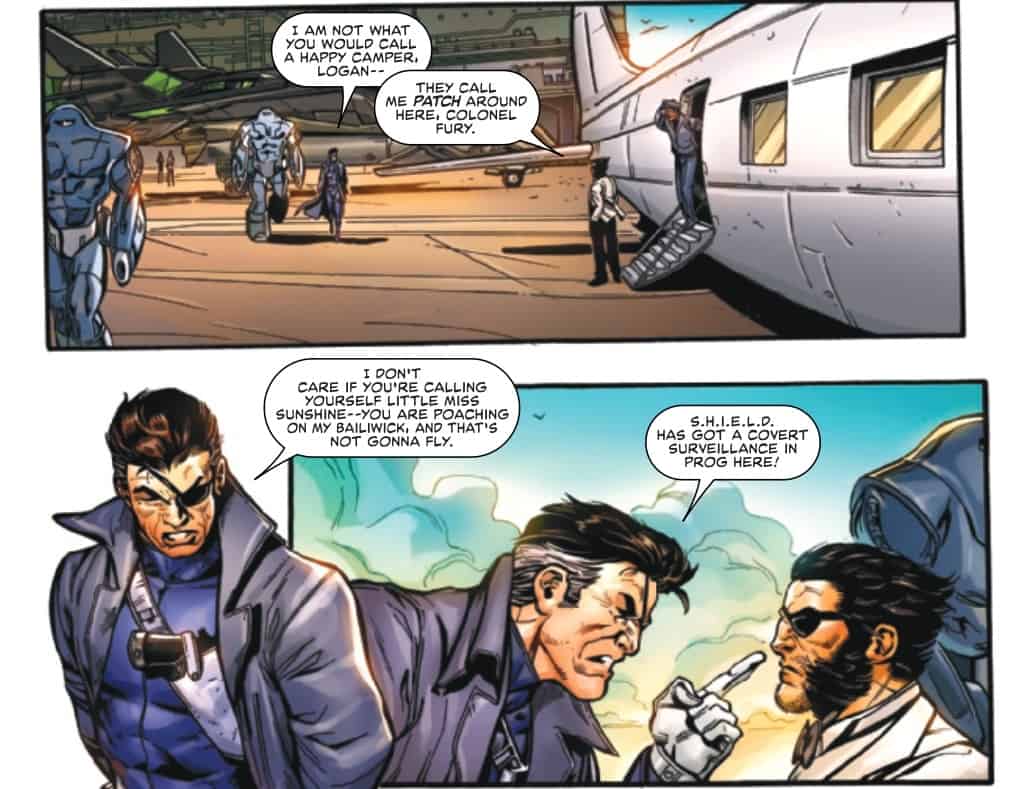 Penciller Andrea Di Vito and inker Lebeau Underwood and colorist Sebastian Cheng all combine to produce a classic looking comic and even letterer Clayton Cowles makes sure that the comic feels as if it could easily fit into the original run it precedes as an opening chapter with classic speech bubbles and single color sound effects and the use of a certain very recognizable font is an excellent nostalgic touch. Patch is short and solid and instantly identifiable in his signature look from the era though why you would go traipsing through the jungle in that is lost on me. The coloring is a bit more modern than the original run but that works to the advantage of the issue for an opening chapter that feels like the classic Logan of the era.

Wolverine: Patch #1 is classic Hama Logan, well-executed by the entire team involved. The introduction of multiple players early on makes it intriguing from the get-go and Hama doesn't show his whole hand at once with a healthy balance of mystery and intrigue combined with some wild violent moments that have defined Logan's solo runs in the past. The balance of old and new from Hama is more than enough to make one want to come back for more.