Age of X-Man: Apocalypse and the X-Tracts #4: No God Before Me

Age of X-Man: Apocalypse and the X-Tracts #4 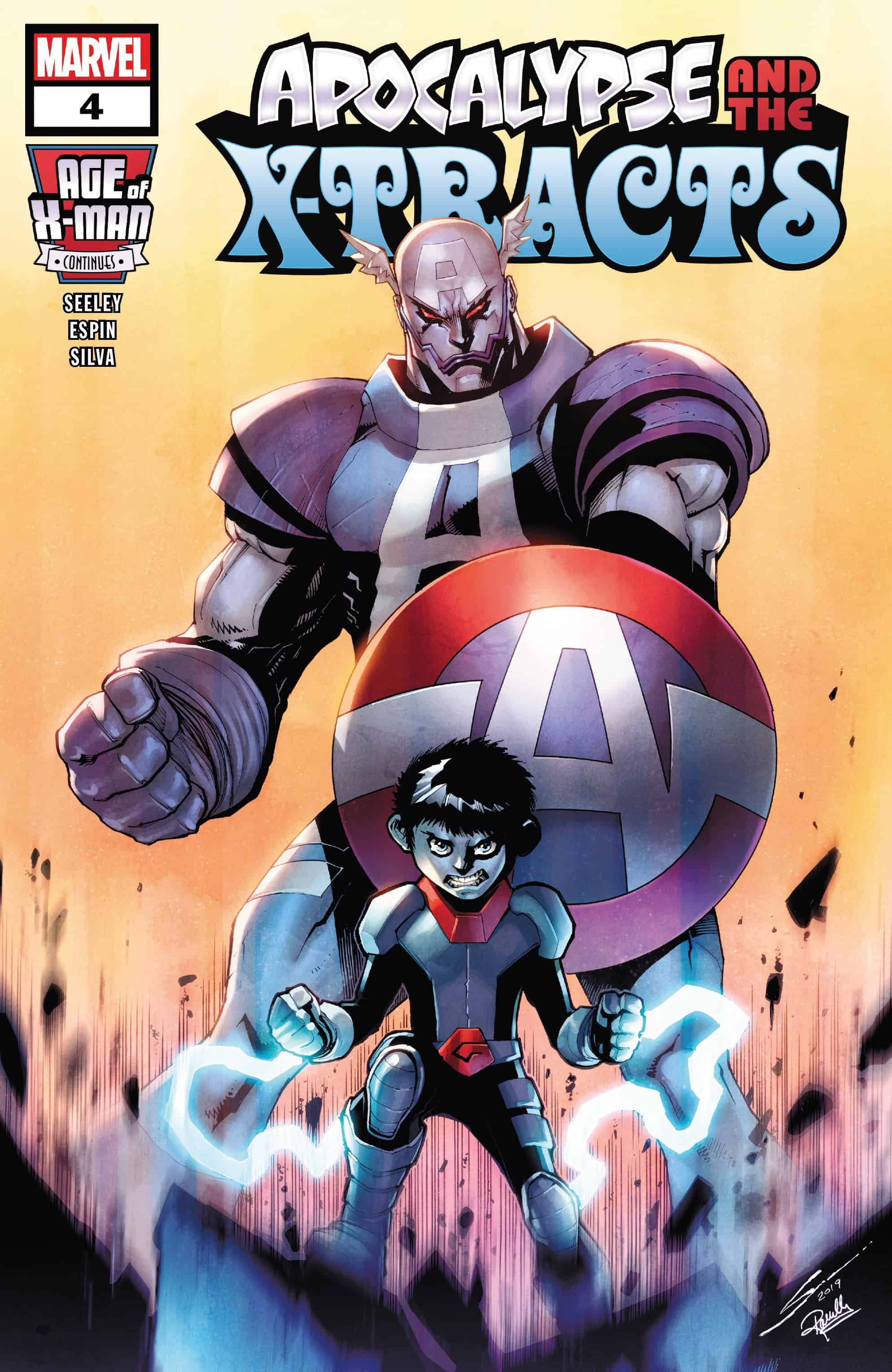 It's Genesis to the rescue as the X-Tracts continue to be taken apart by Omega Red during their "rescue mission". 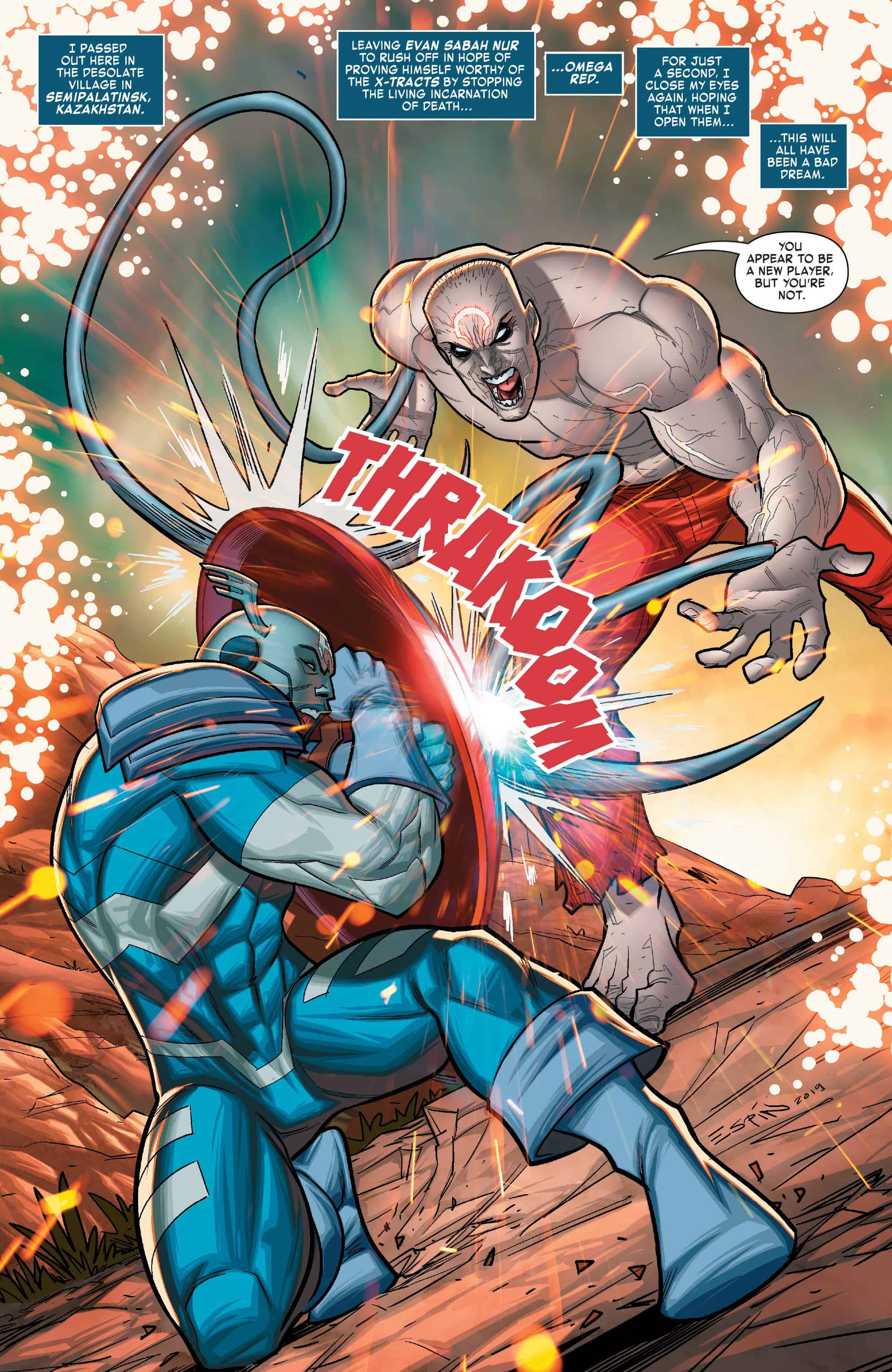 As the two battle, ideological differences emerge in which Omega Red reveals that he has seen the hidden reality and is aware of Apocalypse's role to play as a master manipulator just before killing Genesis. 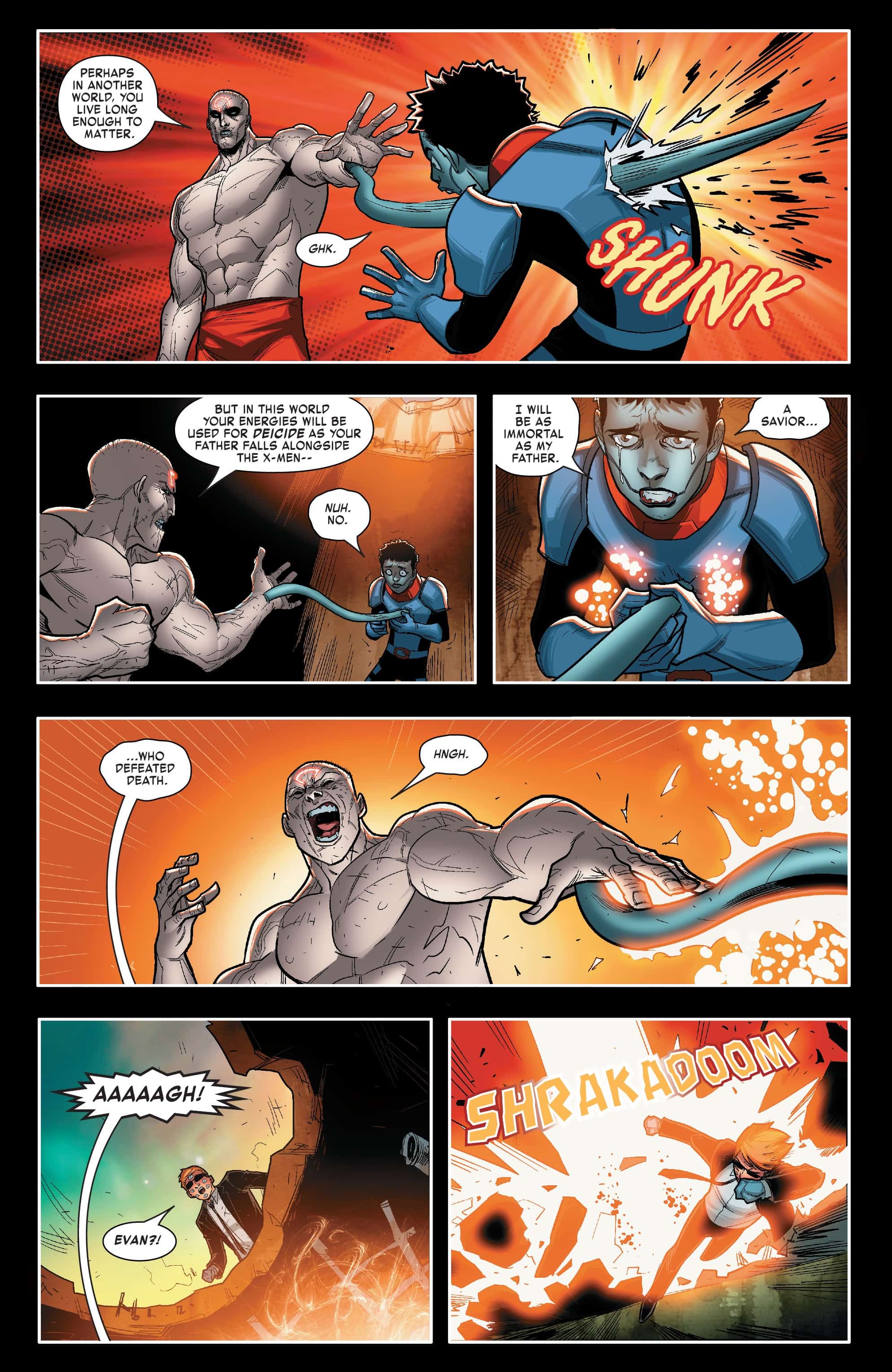 Sensing the death of young Evan, Apocalypse recalls his Light Riders back to home base, where Kitty and Colossus have been coming to terms with their own complicated past. Upon return, Apocalypse instructs everybody to breath Unveil deeply, a sinister request after having seen its full potential as a mind-controlling drug. As the issue closes, we see Eye-Boy uncover the greatest secret of all-- that Apocalypse does all that he does at the behest of X-Man!

Each of the multiple series involved in the “Age of X-Man” event approaches different aspects of the anti-utopia. The police state is examined in X-Tremists, the media machine in The Amazing Nightcrawler, government in Marvelous X-Men, education in NextGen, and prison and reform in Prisoner X. Each of these major social institutions is systematically dissected, leaving X-Tracts to deal with one of the most pervasive of all– religion. 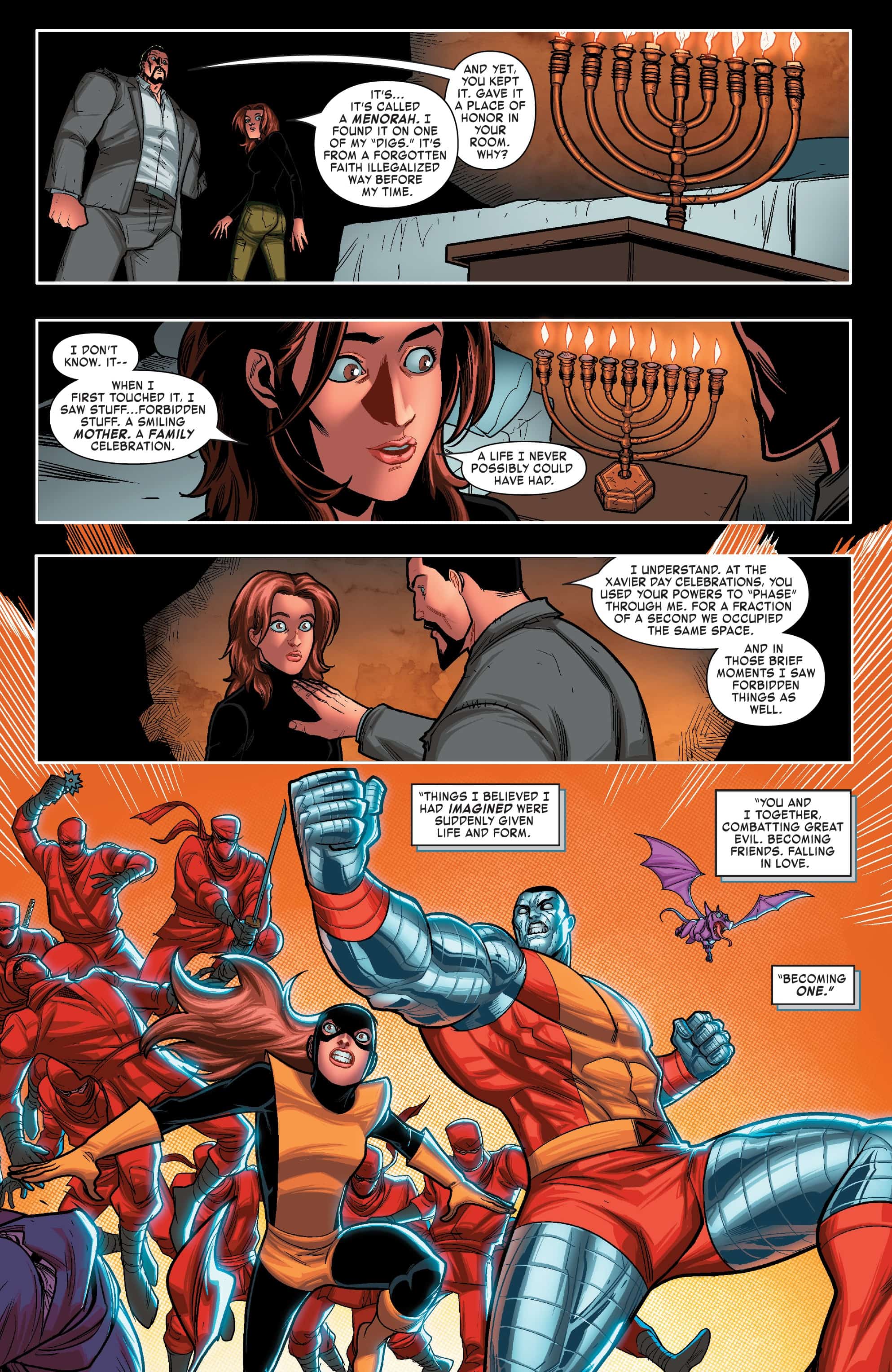 Seeley has been tasked here, it would seem, to explore the notion of religion juxtaposed with autonomy in a system that disavows religion. What makes this project the most fascinating is the fact that the suppression of religion seen here seems to make religion even more appealing although it serves no real purpose in this social system. Apocalypse gathers his followers not necessarily because they are true believers (although that could be a discussion for another time) but because there is a void of fellowship. It’s the old Rebel without a Cause line in effect. What are you rebelling against? Even stripped of meaning, Kitty’s menorah is charged with a political energy. As all of this works in favor of the social power of religion, though, Seeley also sees to the work of destroying that religion by exposing the linkages between the social structures, in this case the notion that the State controls the Church. When that link is exposed, what will become of these institutions? Will they crumble or find greater strength?

In terms of the execution of this book, while there are a great many positives to be had, there is something somewhat scattershot about both the writing and the art. There are moments of brilliance in both pocked by images that feel rushed or sequences that feel out of place. None of these flaws prove fatal as the book continues to be quite thought provoking and entertaining, but imagine the heights that could be achieved given a tighter sense of direction for this book rather than being tied to a larger story?

Age of X-Man: Apocalypse and the X-Tracts #5: Genesis vs Omega Red! A Light Rider will fall and deep secrets will be revealed in the penultimate chapter.

Age of X-Man: Apocalypse and the X-Tracts #4: No God Before Me