Age of X-Man: Apocalypse and the X-Tracts #5: Apocalyptic Visions

Age of X-Man: Apocalypse and the X-Tracts #5 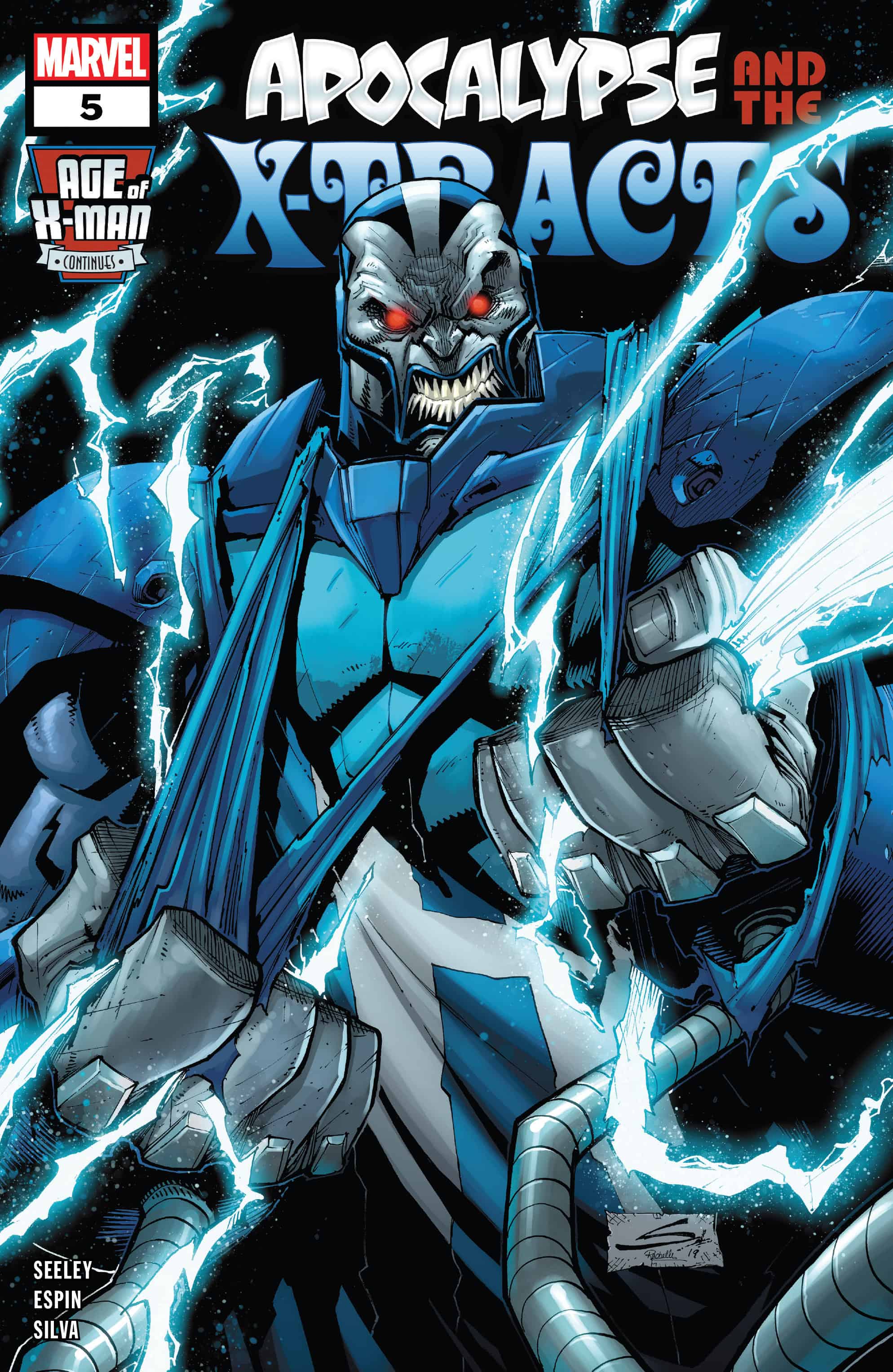 The Light Riders learn the truth about Apocalypse's role to play in the "Age of X-Man" universe and confront their former leader, condemning him for his sins, which brings forth the Apocalypse we know and love (to hate)! 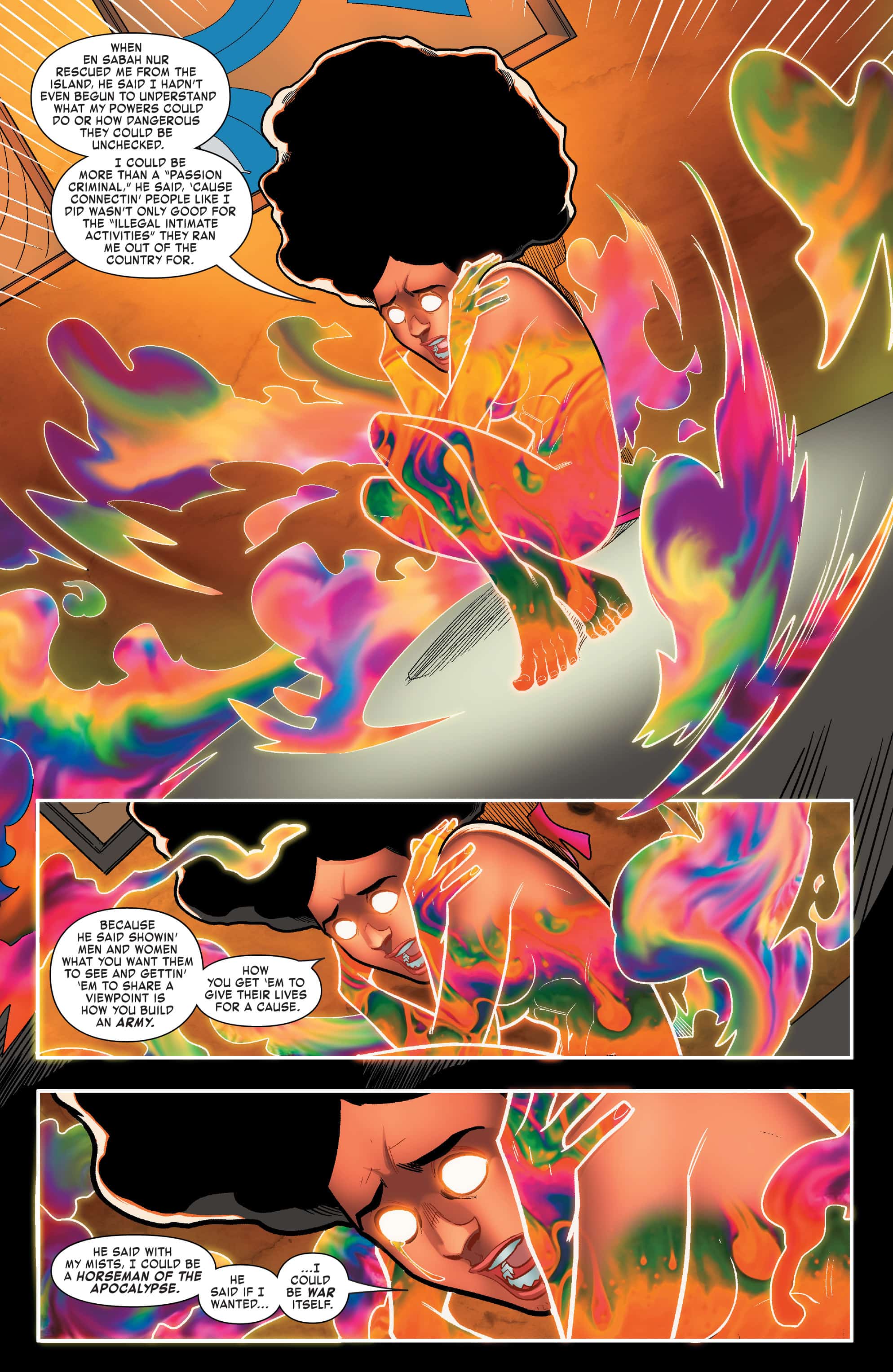 As this reality crumbles around the X-Tracts, however, Apocalypse reveals that his experiment with Evan has caused him to evolve and after centuries of heartlessness, he has learned how to love. His compliance with X-Man's scheme is insinuated to be a desperate attempt to stay in this reality to prevent returning to his former self. 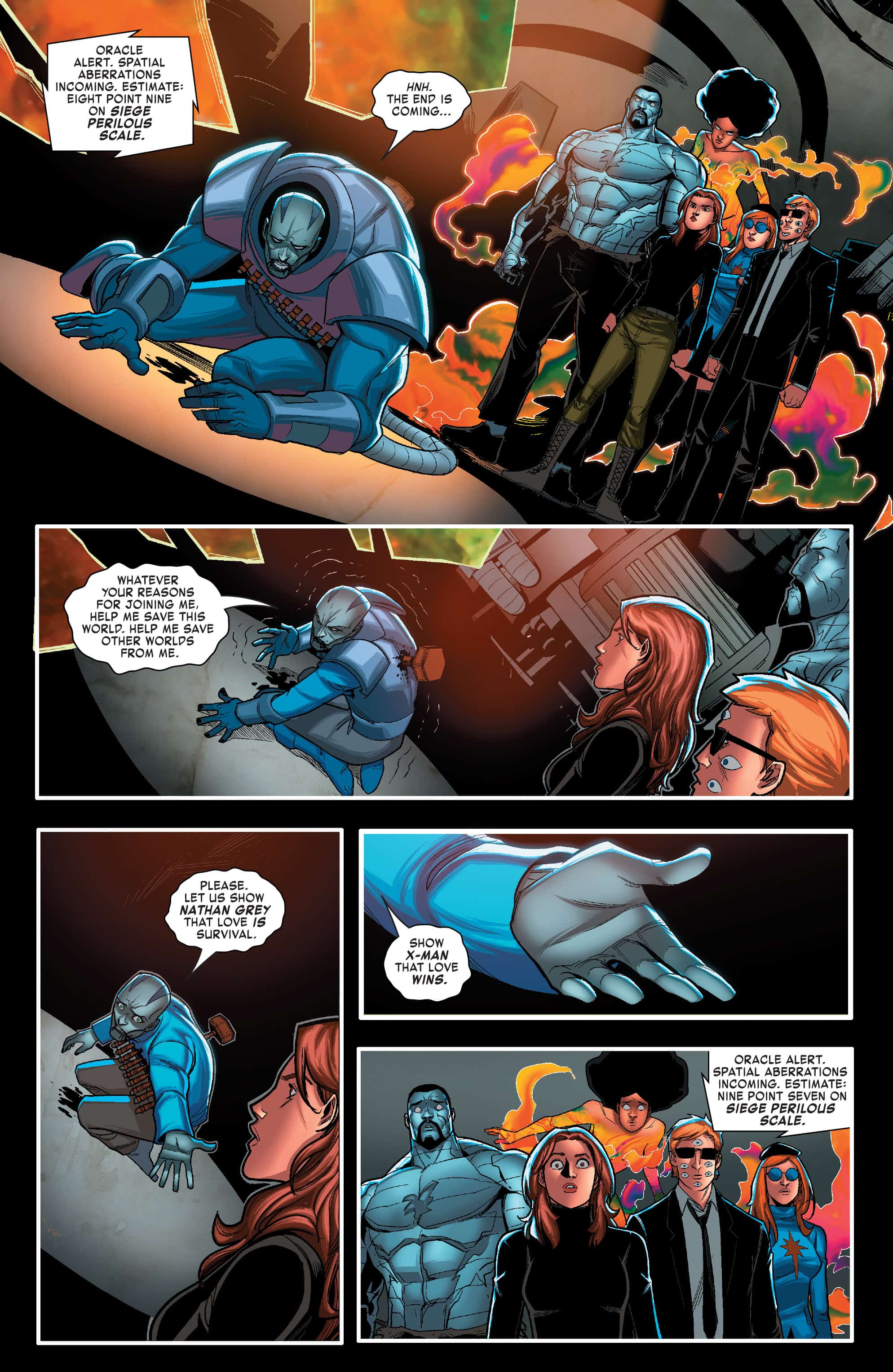 Sparing his life (after impaling him with a menorah; more on that later), the X-Tracts stand once more beside their leader as the X-Men arrive to herald the end.

As we approach the end of the “Age of X-Man” event, many of the books have closed in a somewhat clumsy, hurried manner. That is not the case with X-Tracts, however, which closes quite organically. Seeley has done an excellent job with this series, which in some ways is the most central book in the series. In a world without connection, what role does religion play? The repeated refrain “mutant is not god” seems to focus this question throughout a story filled with war and death. In positioning Apocalypse in the role of revolutionary (and perhaps, depending on your reading, cult leader), this book simultaneously seems to laud religion for its ability to bring people together while attacking religion for the often-times violent outcomes that togetherness brings. As Kitty stabs Apocalypse through the chest with a menorah from the “real world”, we see religion both as both constructive and destructive, a fascinating interplay. 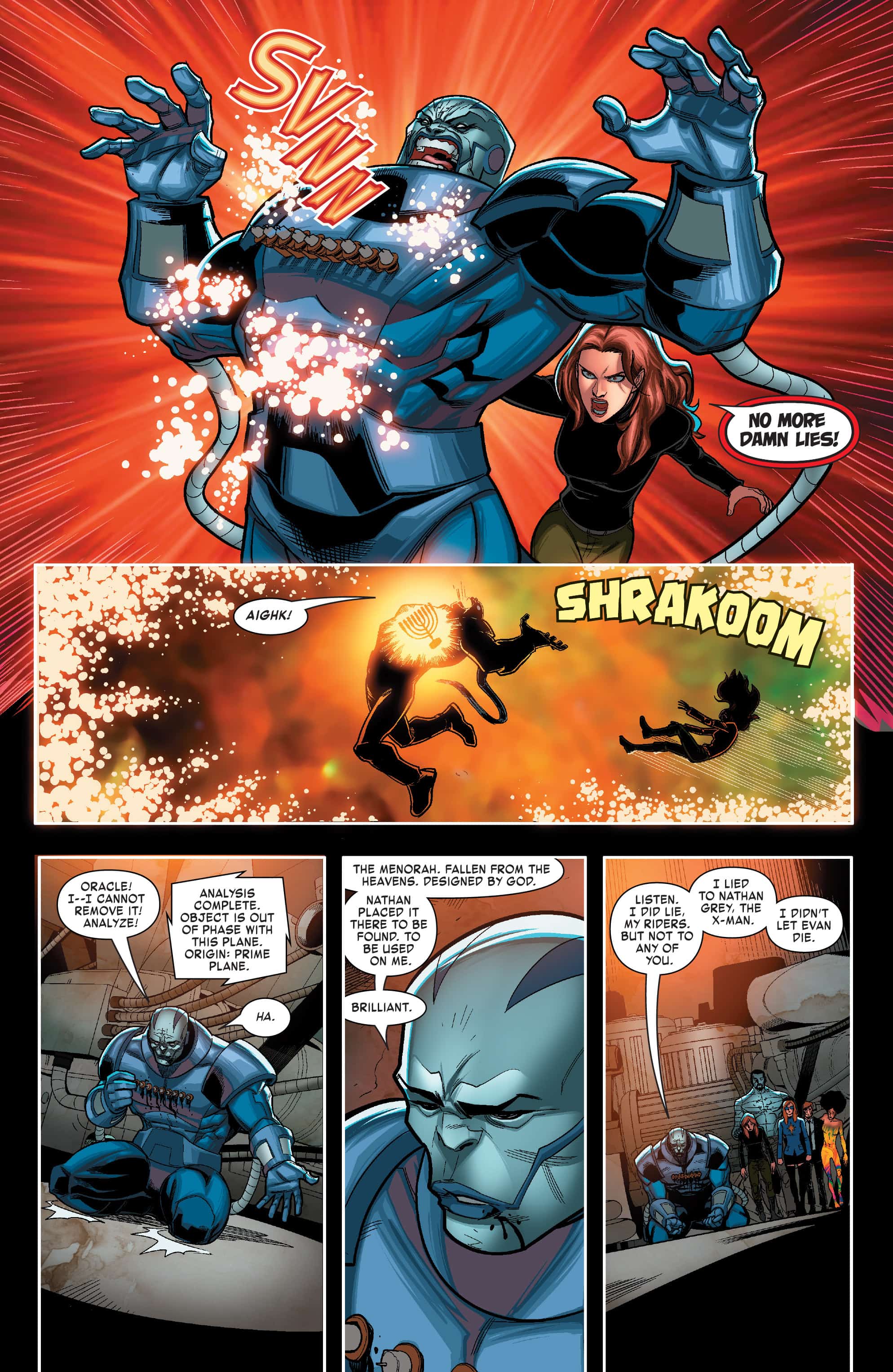 Espin and Silva’s work throughout this series has been remarkable, feeding off of each other in order to create that ’69 Summer of Love psychedelic feel but no issue was more beautiful than this one. 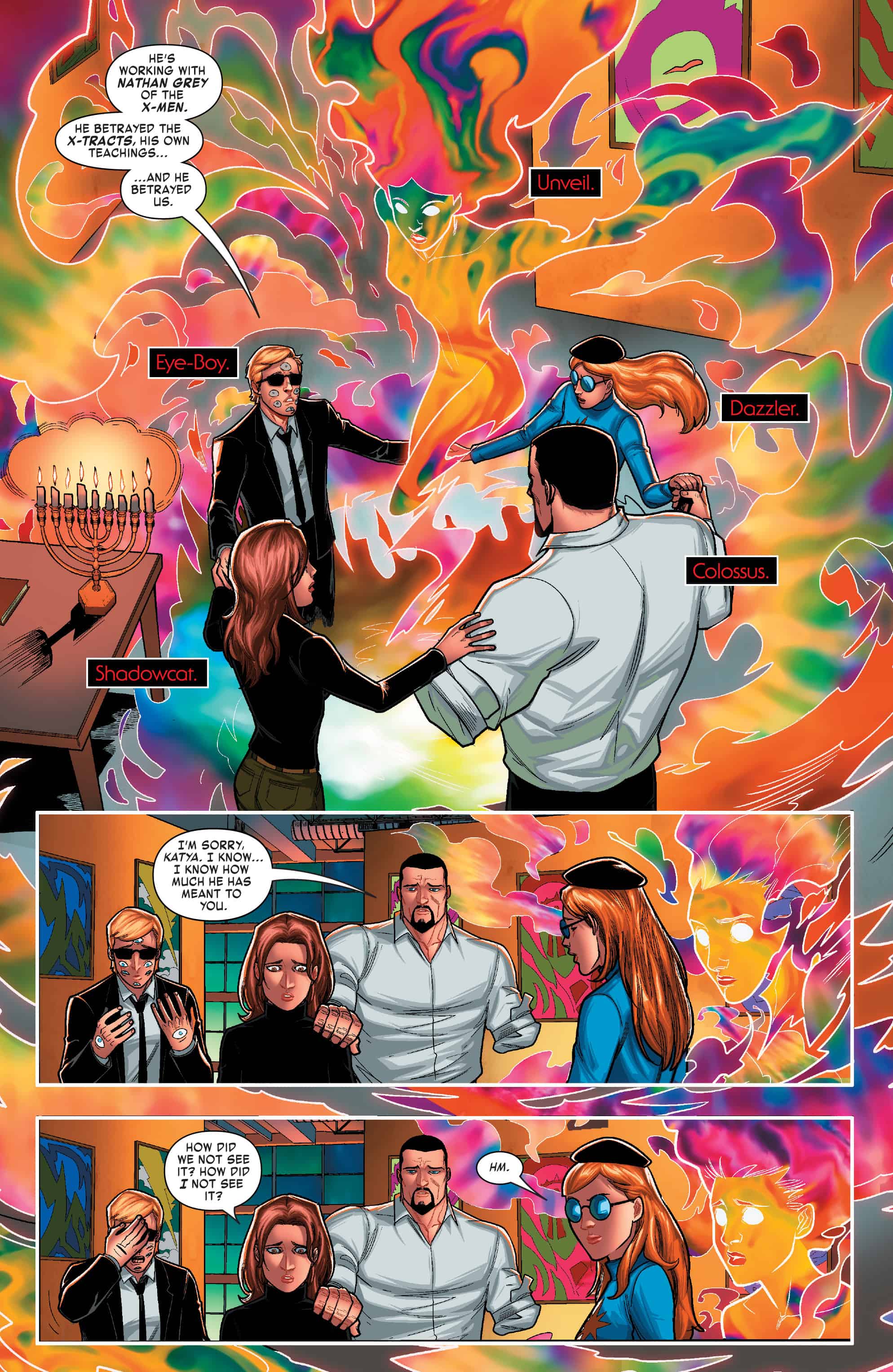 The stunning conclusion to Apocalypse and the X-Tracts heralds the end of the "Age of X-Man" in spectacular (and beautiful) fashion.

Age of X-Man: Apocalypse and the X-Tracts #5: Apocalyptic Visions