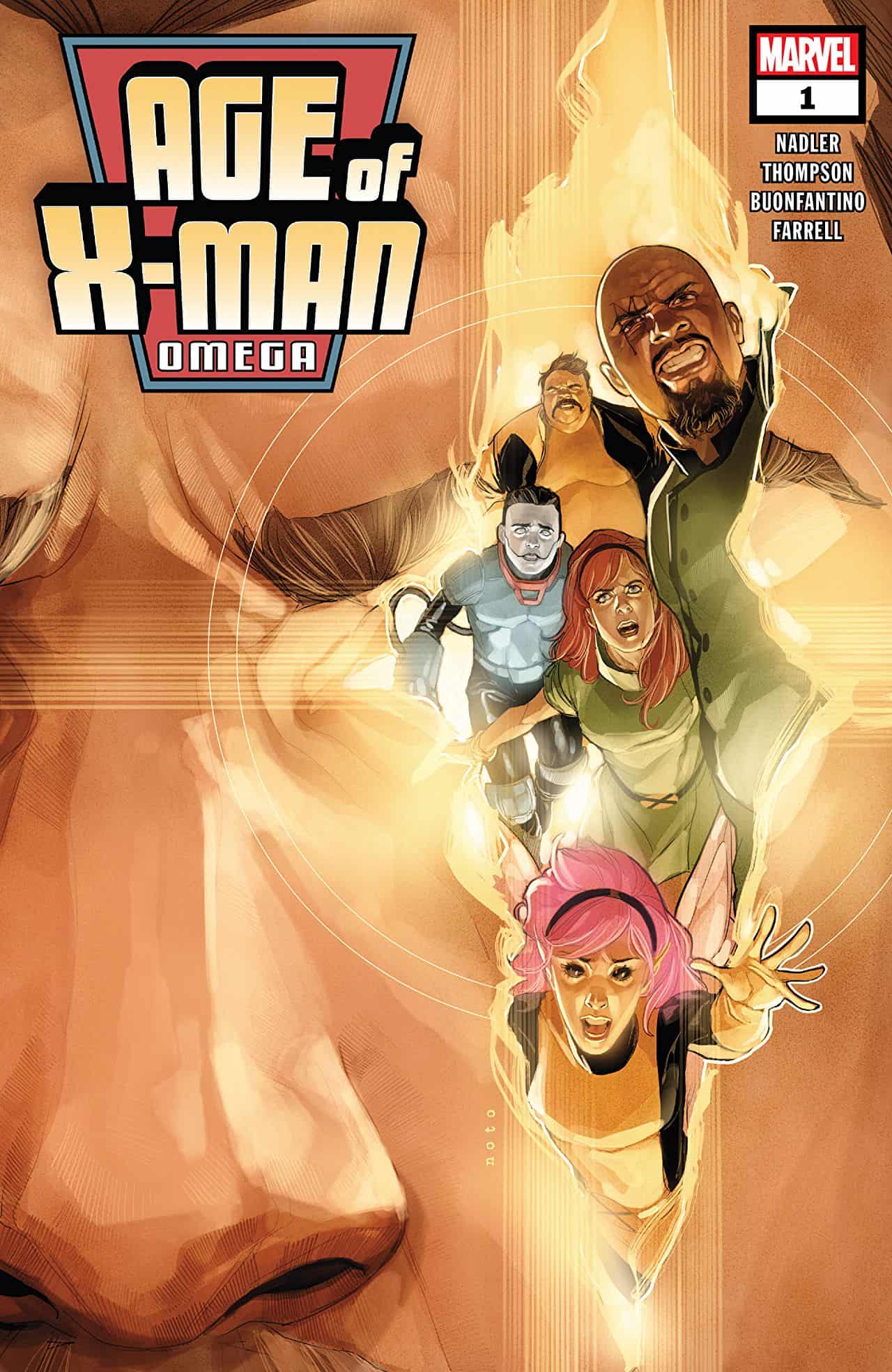 The Age of X-Man concludes in this issue, but does the series end with a bang, or a whimper?

When this series began, I wrote that I thought that it was one of the bravest, most interesting philosophical experiment that Marvel has attempted in a great many years. I stand by that statement. Taken as a whole, there were weaknesses. Some of the series had difficulties with the pacing. Others presented difficulties with character. But, taken as a whole, by readers whose tastes require more interesting fare than a plain diet of violence and explosions, this experiment was a resounding success. 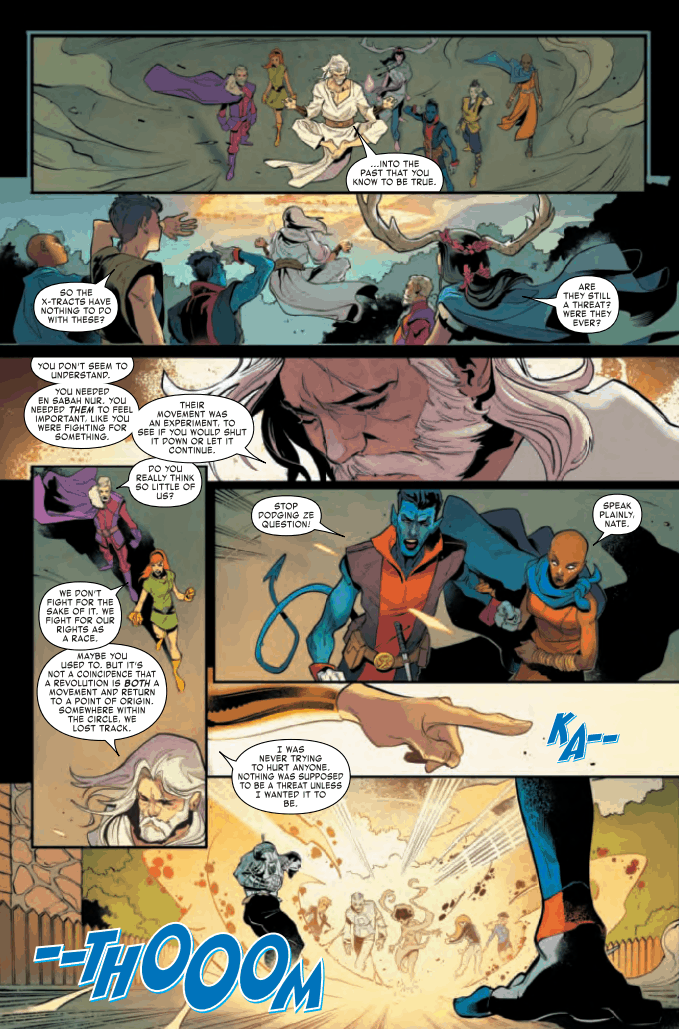 As for the finale itself, it was as layered and complex as everything else produced by the team of Thomson and Nadler. It remains unclear whether or not the people created to populate Nate’s world are constructs, or creatures which carry a life of their own. I think that this obscurity was probably an intentional choice meant to give future authors the option of revisiting it in the future.

Some of the conclusions the characters came to seemed a little dubious (it is unlikely, in ordinary circumstances, that Nightcrawler, of all people, would willingly choose a life of emotional isolation) but if you’ve read the separate books and seen what the characters have been through, their perspectives make more sense. Nightcrawler, for example, has no memory of the heartache, the trauma he has suffered at the hands of Nate’s draconian rules. So Nate’s world still looks, to him, like paradise. And that is beautifully ominous. It was nice to see Jean remembering herself and taking command from Nate, even though the latter’s smarmy condescension to her never once abated. 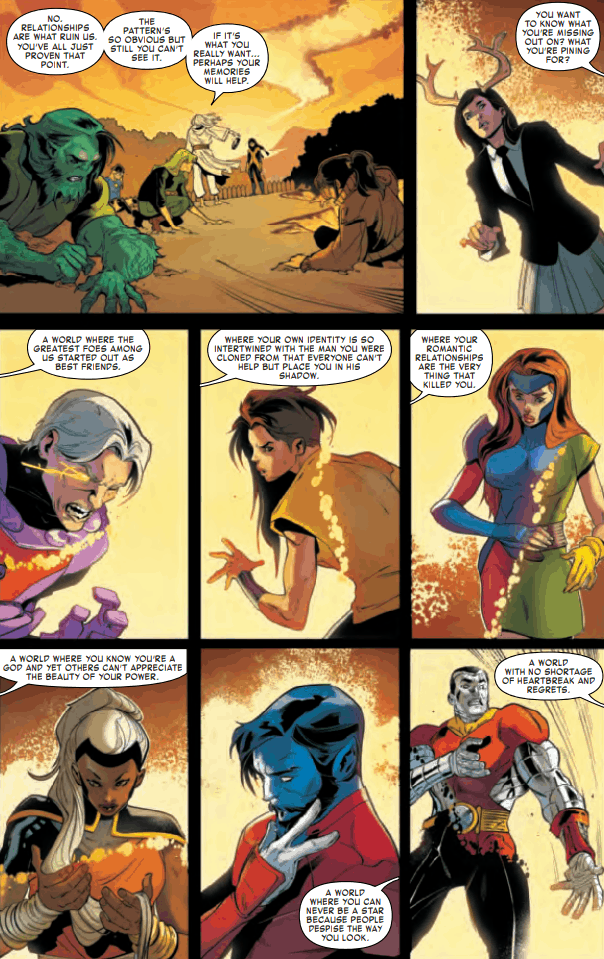 The conclusion of the issue was interesting. The have-it-both-ways solution that Nate and Magneto devised for the benefit of the other inhabitants of the world was satisfying and I will not spoil it for those who have yet to read the book.

I do think that this series will have more of an impact on most readers when it is encountered in a collected format. The pacing, as I said, was occasionally rocky, but it will read differently when it is taken all at once.

The art in this issue was effective. There was one very confusing mistake in the coloring which made Kitty difficult to identify, but the work was otherwise solid. The scenes of transformation, when the characters were returning to their previous physical and emotional states were especially effective. 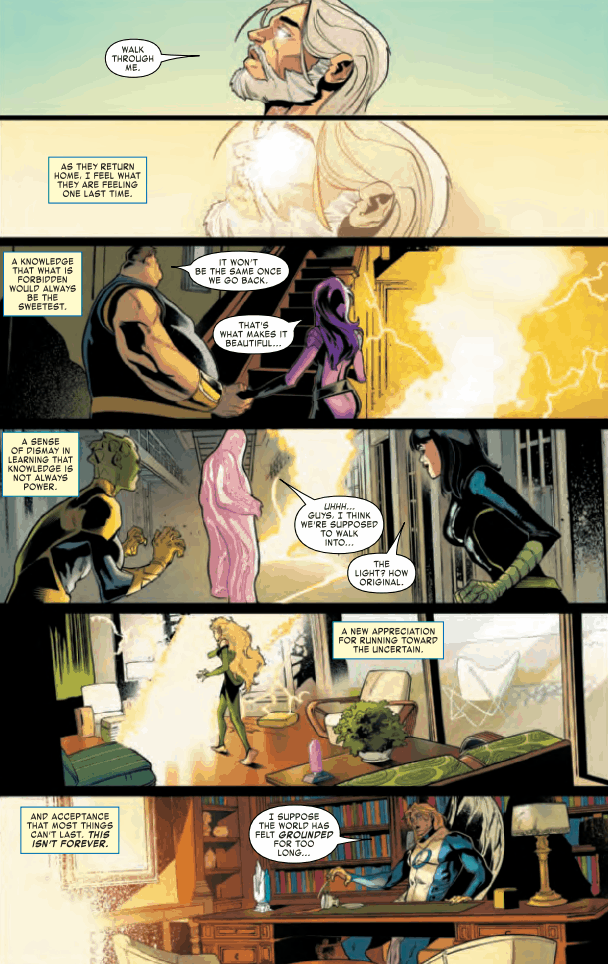 All in all, this was an excellent experiment. One which, I hope, will not be completely erased by Hickman’s upcoming venture. The groundwork has been laid for some very interesting repercussions.

Taken as a whole, this was the conclusion of an excellent experiment. One which, I hope, will not be completely erased by Hickman's upcoming venture in the Land of X.