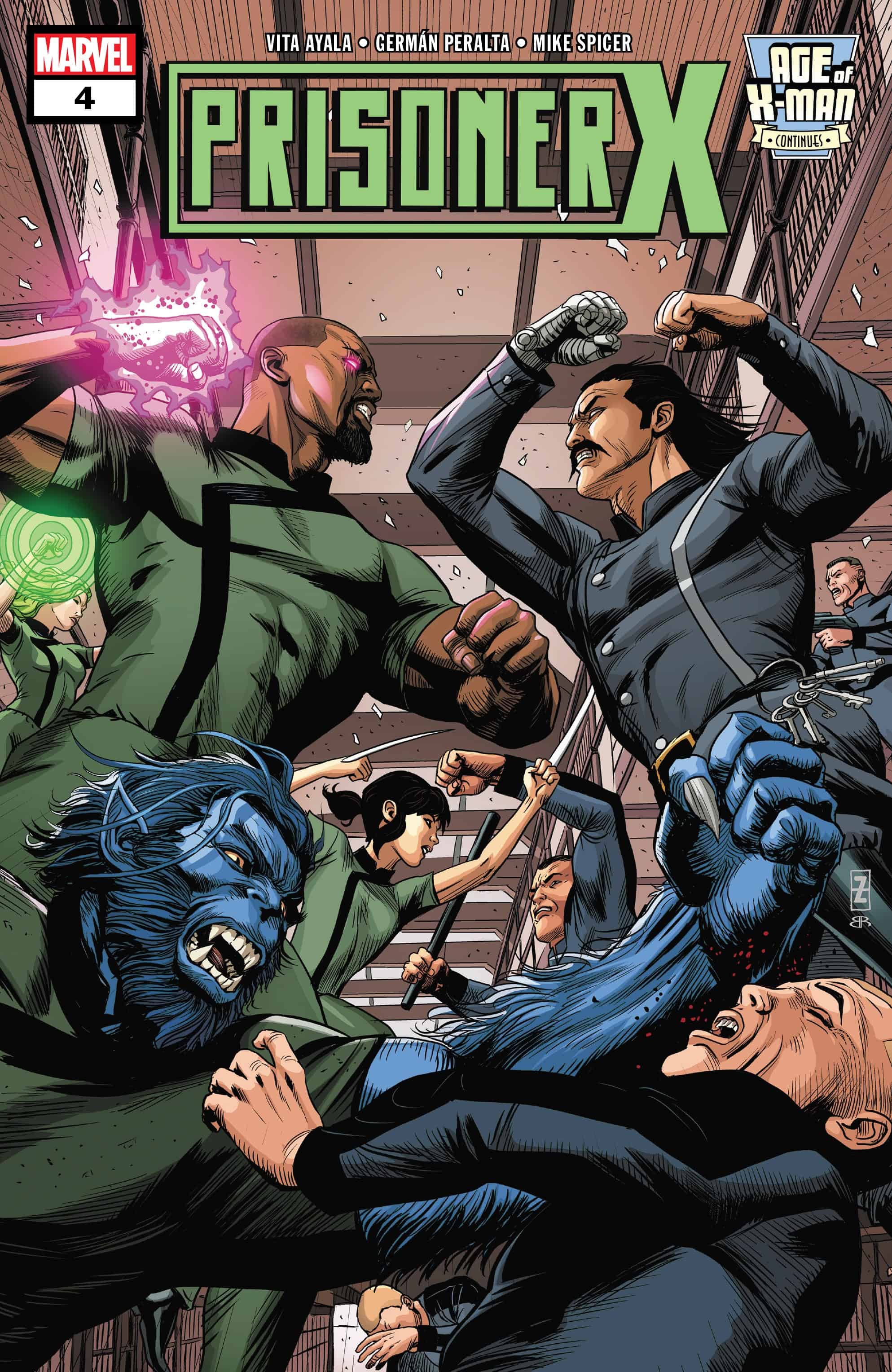 "But these warriors had callings, and they have paid an incalculable and immeasurable price in those cells." - Cornel West

Warden Forge visits Lucas Bishop in his cell, speaking of reforming criminals and the desire to reintegrate them into the "Utopian" society Nate and the others have built, but those words fall on deaf ears. 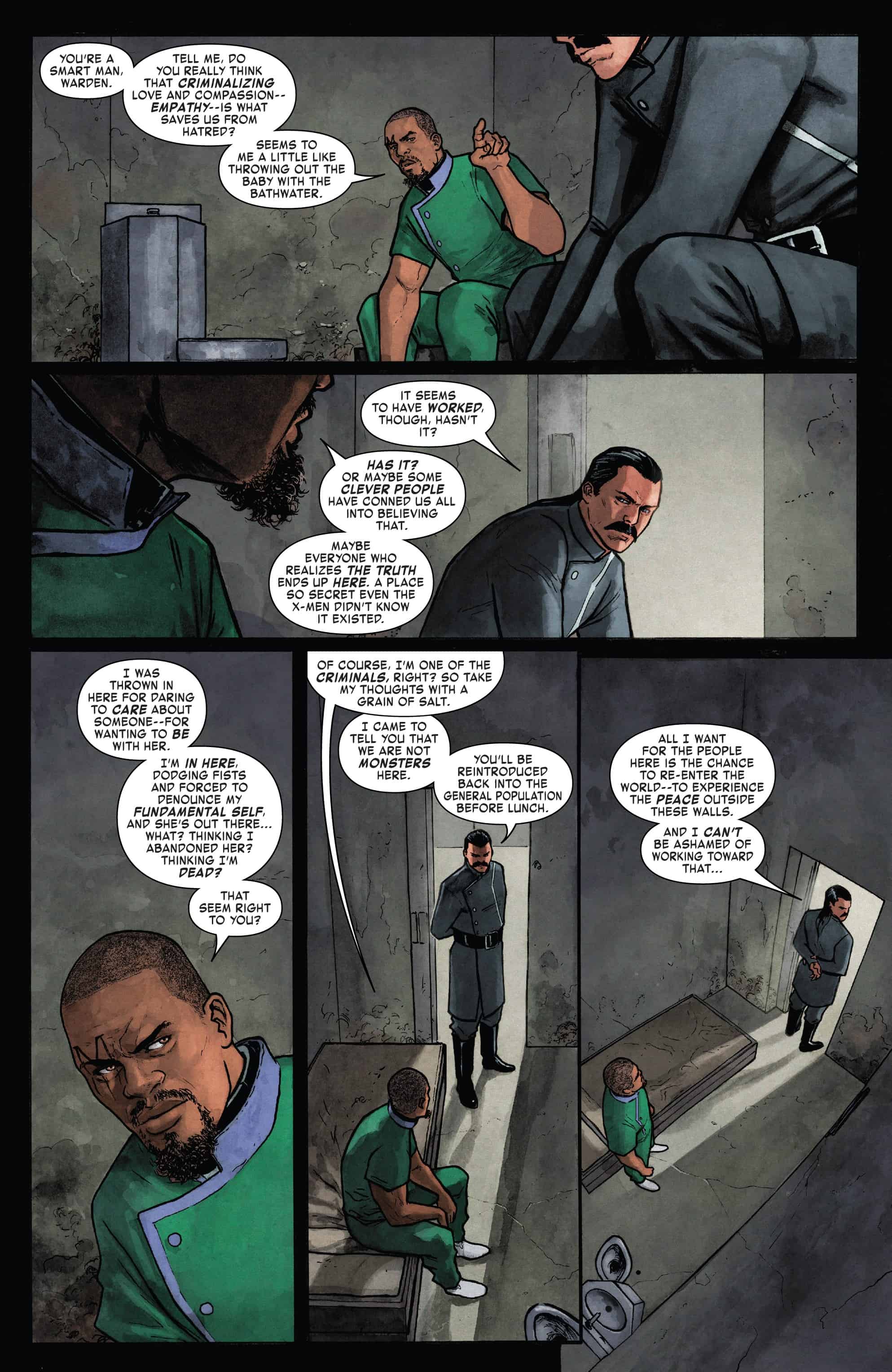 Returned to GenPop, Bishops proceeds to educate and convince his fellow inmates of a different world, a real world, that they were each plucked from, in the efforts to coordinate a mass riot and prison break-- and succeeds. The instigating incident is a stage fight with Beast, drawing the guards into position to be overwhelmed. Forge realizes this and is prepared to engage some sort of doomsday protocol when Legion appears. 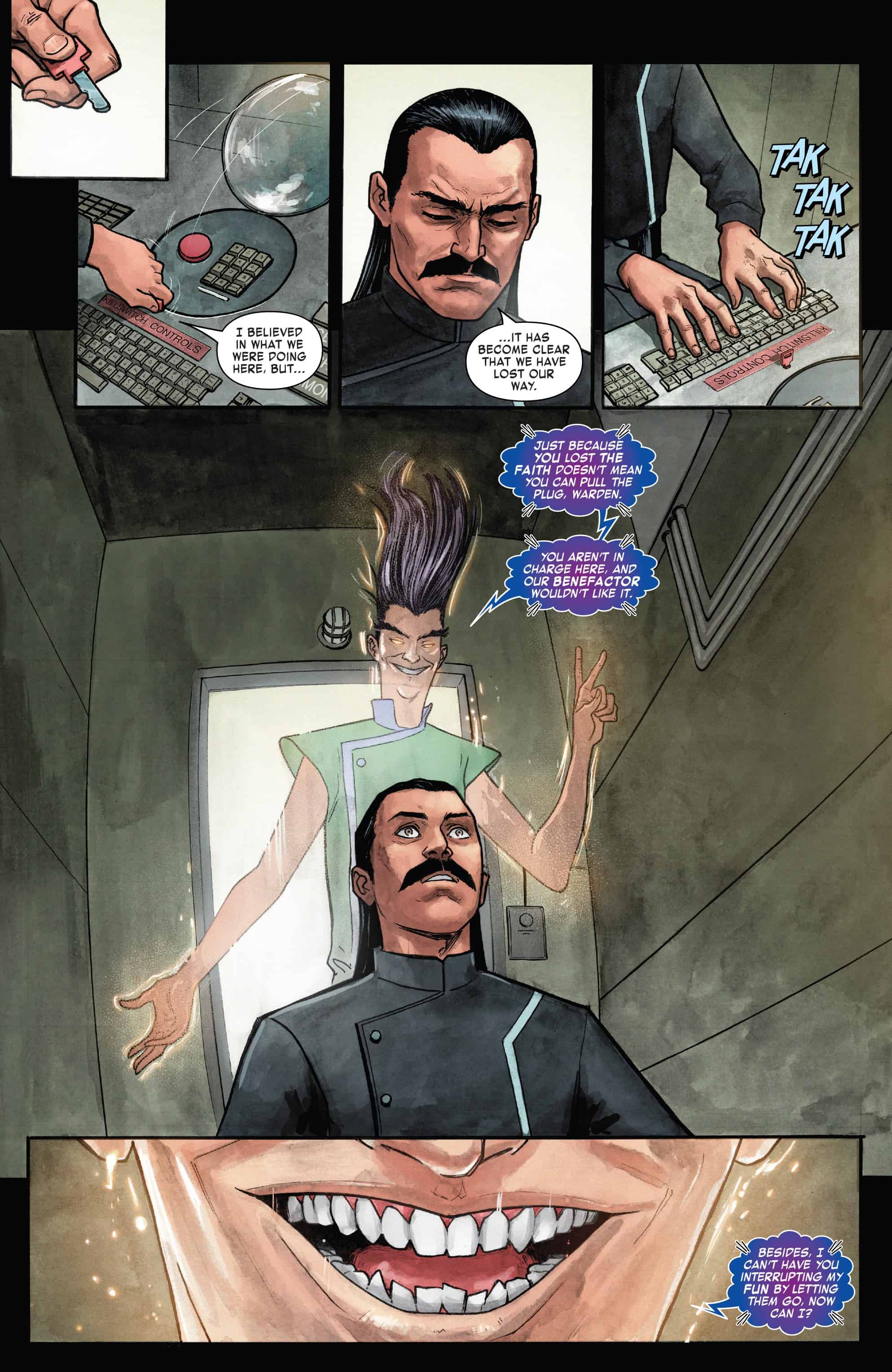 Legion disengages the inhibitor collars on the prisoners and the jail break launches into full gear.

Vita Ayala is clearly in their element crafting a tale of a flawed structure built on a false premise. Each of these prisoners in the Danger Room Complex is a political prisoner, a Malcolm X, a Tupac Shakur, a Nelson Mandela in the making, and given the right tools, the revolution begins. Of the many elements of this series that I have found fascinating, the presentation of hesitance– the initial rejection of Bishop’s claims as something to get the prisoners further into trouble– is the one I find myself dwelling on the most. There is a harsh, terrifying, cold truth to it– this notion that people will go along to get along as a base instinct– that is well captured here. By having the prisoners accept Lucas’ second advance, Ayala illustrates beautifully the very real and human desire to fight back, however hesitant the start may have been. As we near the close of this chapter of AoX, there is something profound being explored here in terms of ideological differences and the ways human react to those differences. We see Forge hollowly spout the same rhetoric over and over, raising the question of whether or not even he believes in what he says he believes in. A circle of complacency and adherence to the status quo, madly interrupted when unseen players make their presence known. 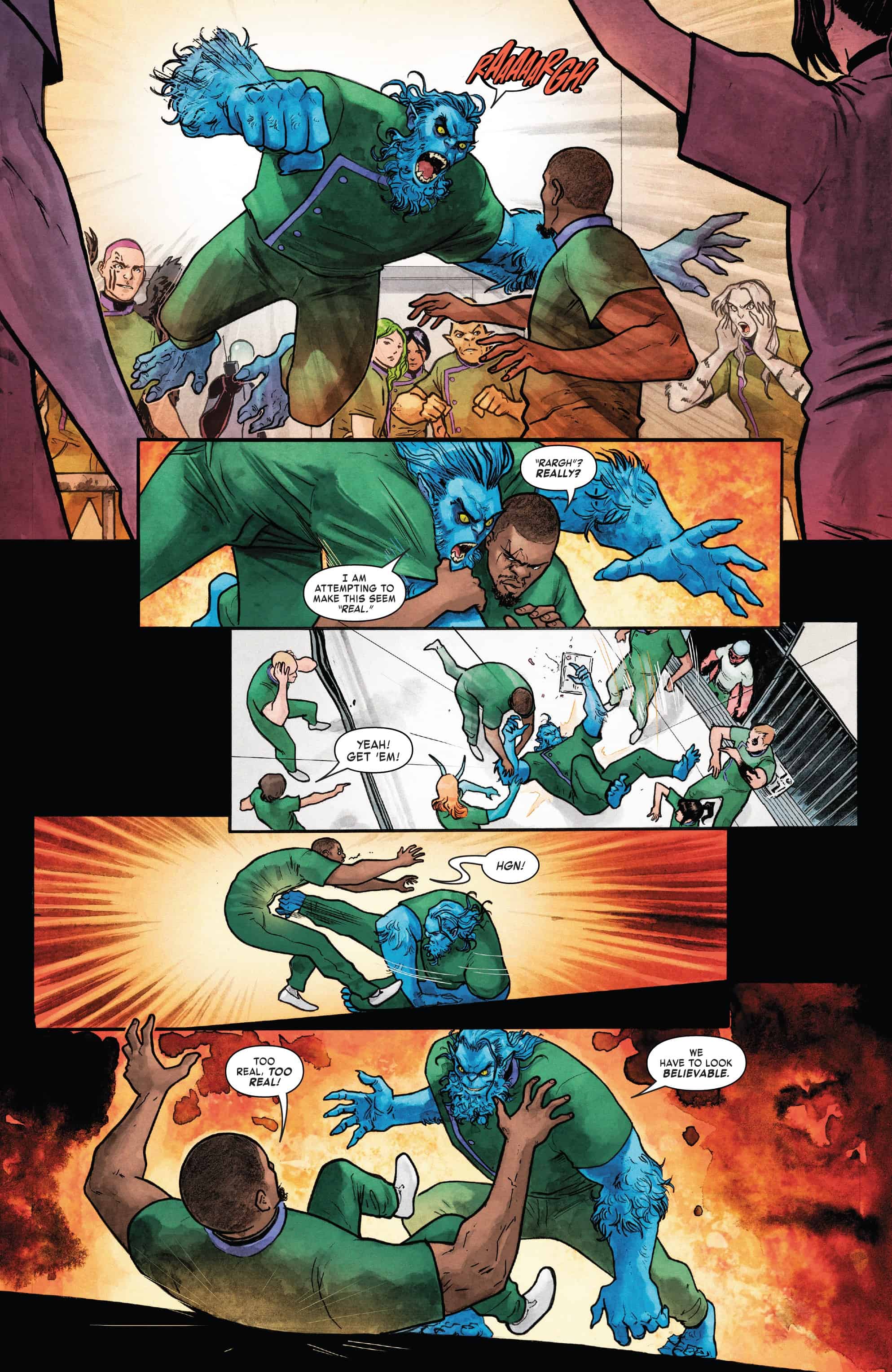 Peralta’s art didn’t quite seem as sharp as it has been through the first three issues of the series with this issue but it bears noting that, in previous reviews I had noted the rigid structure of the panel layouts matching the rigid tone of a prison, but when chaos breaks out, that rigid structure begins to crumble, as evidenced on this page.

Age of X-Man: Prisoner X nears its conclusion as Bishop manages to raise an army of political prisoners and fight back!