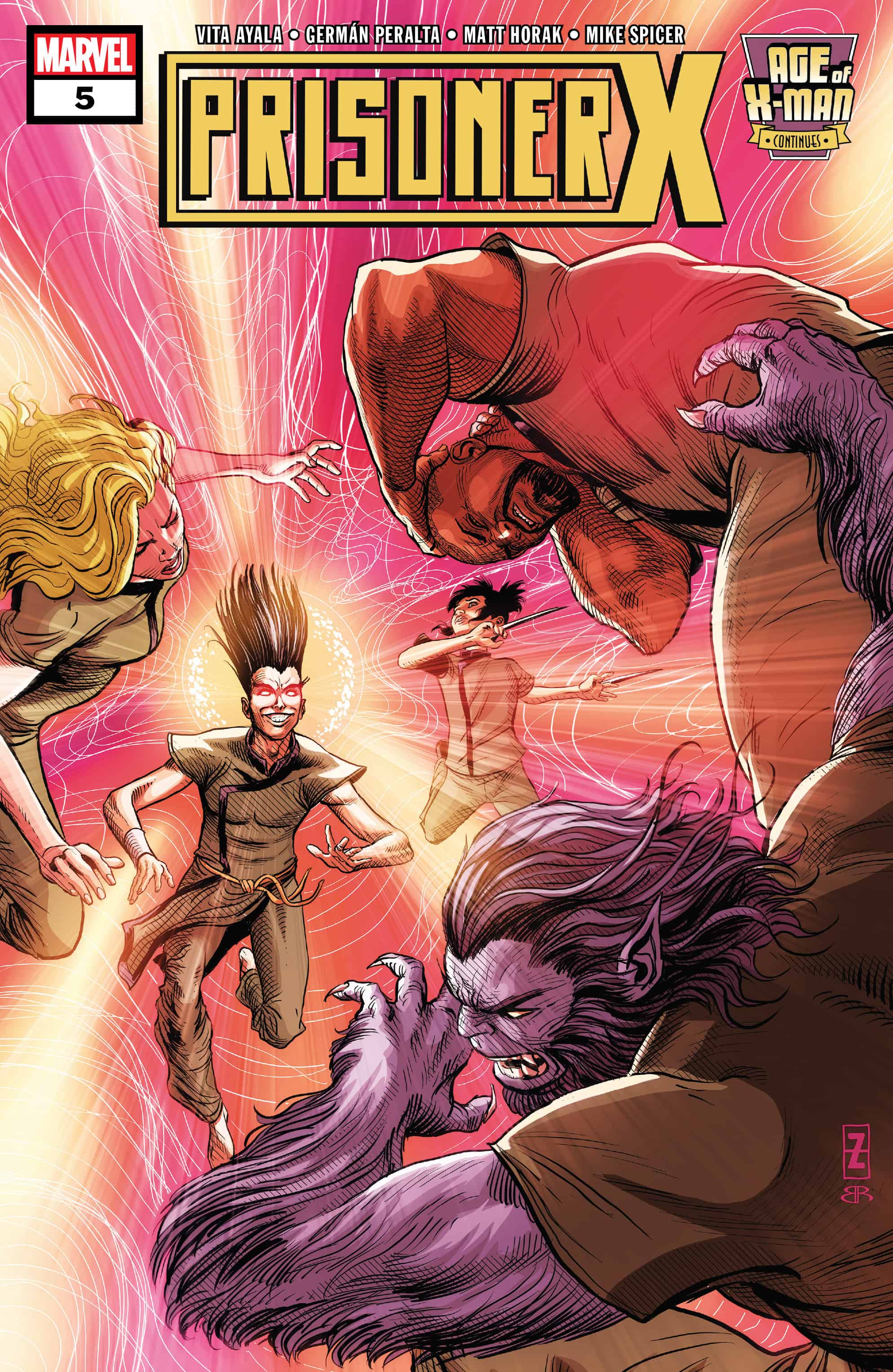 With the prison riot fully underway, Bishop, Moonstar, Beast, Polaris, and Honey Badger trek deep into the bowels of the prison in search of the man called Legion. 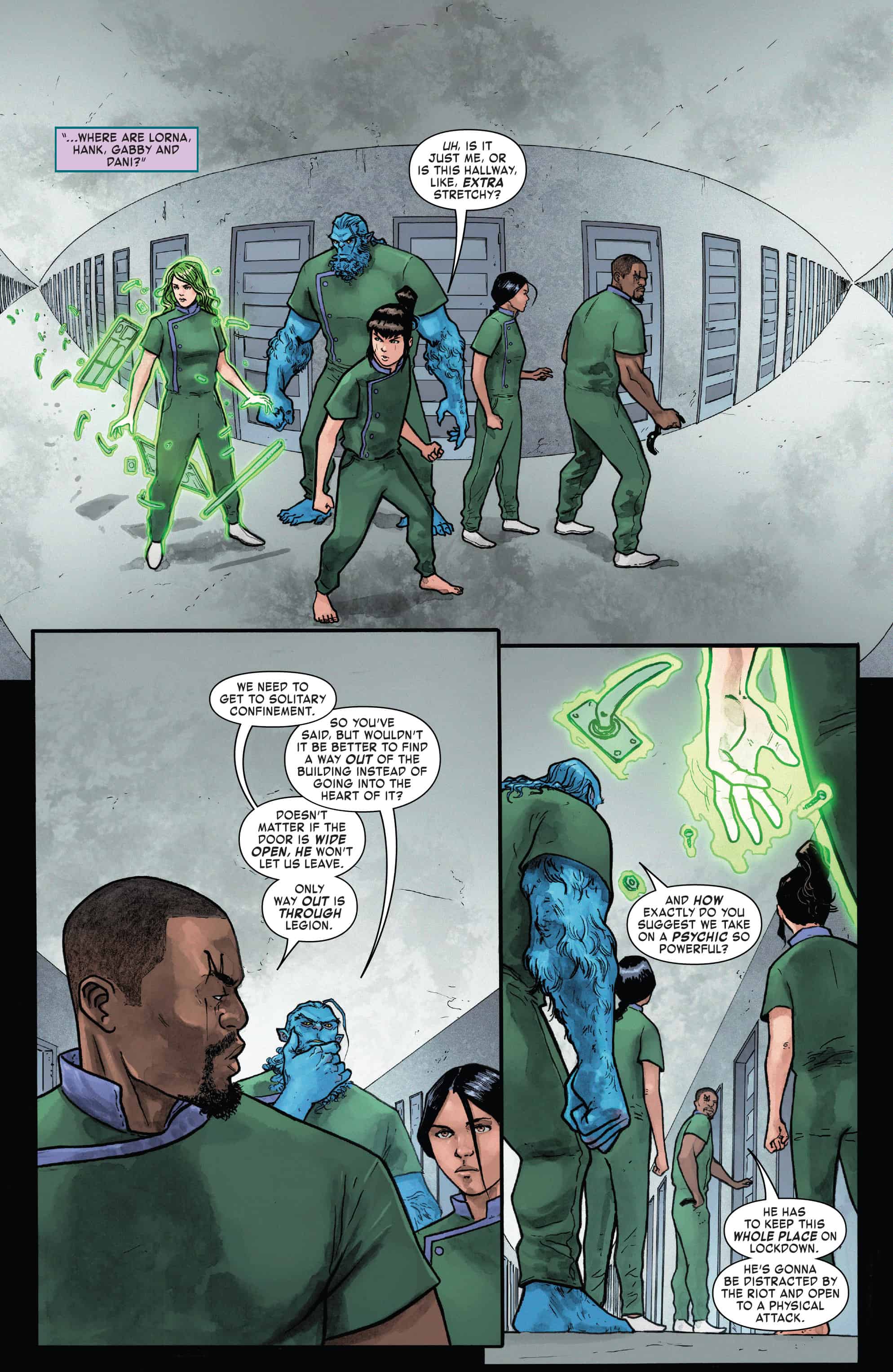 Much fighting with imaginary guards and Legion himself ensues as the team attempts to get the truth. Finally, the distracted Legion is overtaken by one of his many personas who reveals themselves to be wearing Shard's face. This persona represents the part of Legion that wants nothing to do with X-Man's ruse and points Bishop and his team in the direction of the true mastermind behind the "utopia"-- Nate Grey. 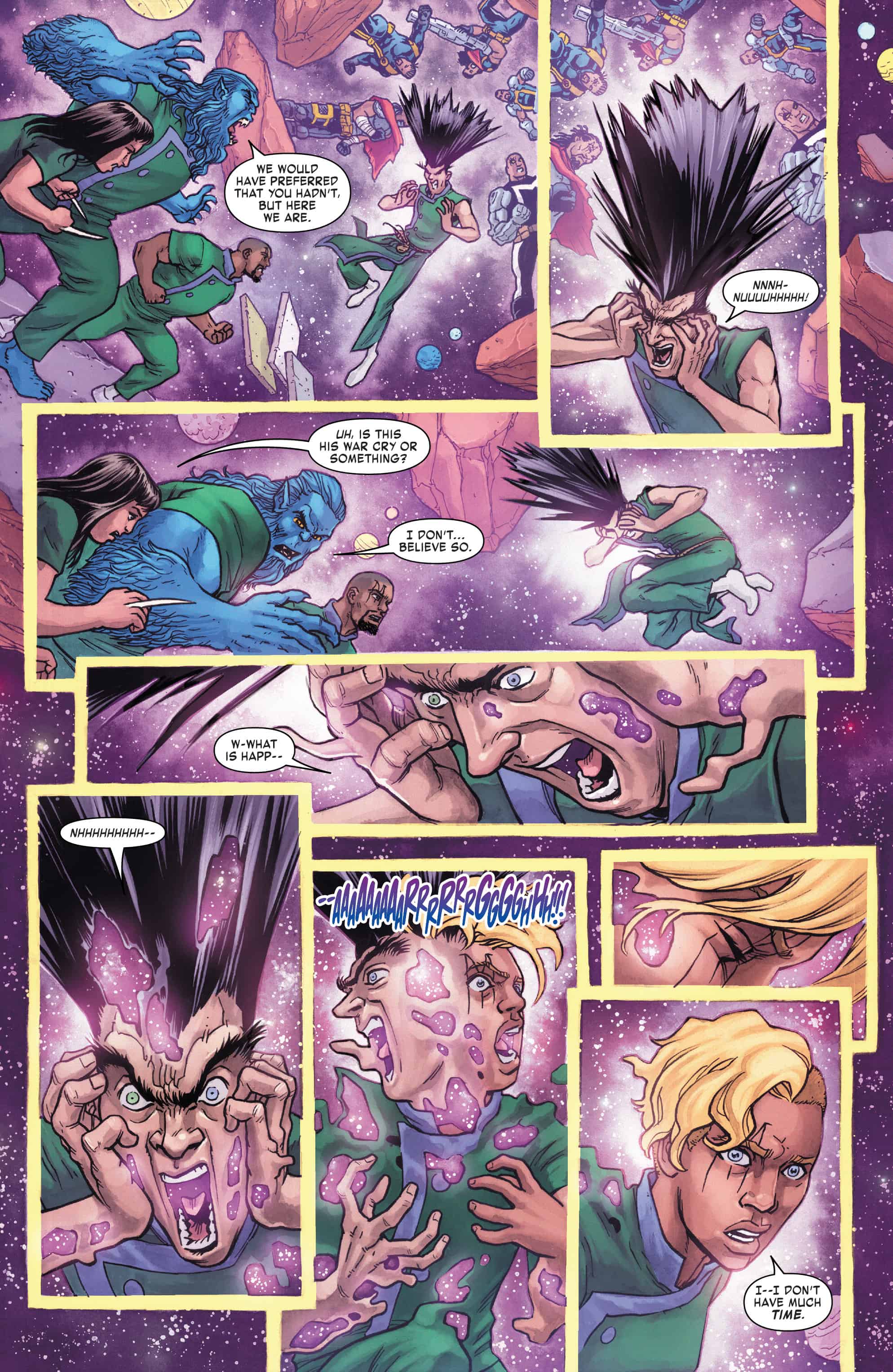 As with the majority of the “Age of X-Man” books, Prisoner X was an enjoyable ride that feels like it ended too abruptly. The trajectory of the overall event seemed of little consequence until it became time for the event to end and then everything unfolded just a little too conveniently, with a tidy wrap-up and the promise of answers in the Omega book later this month. 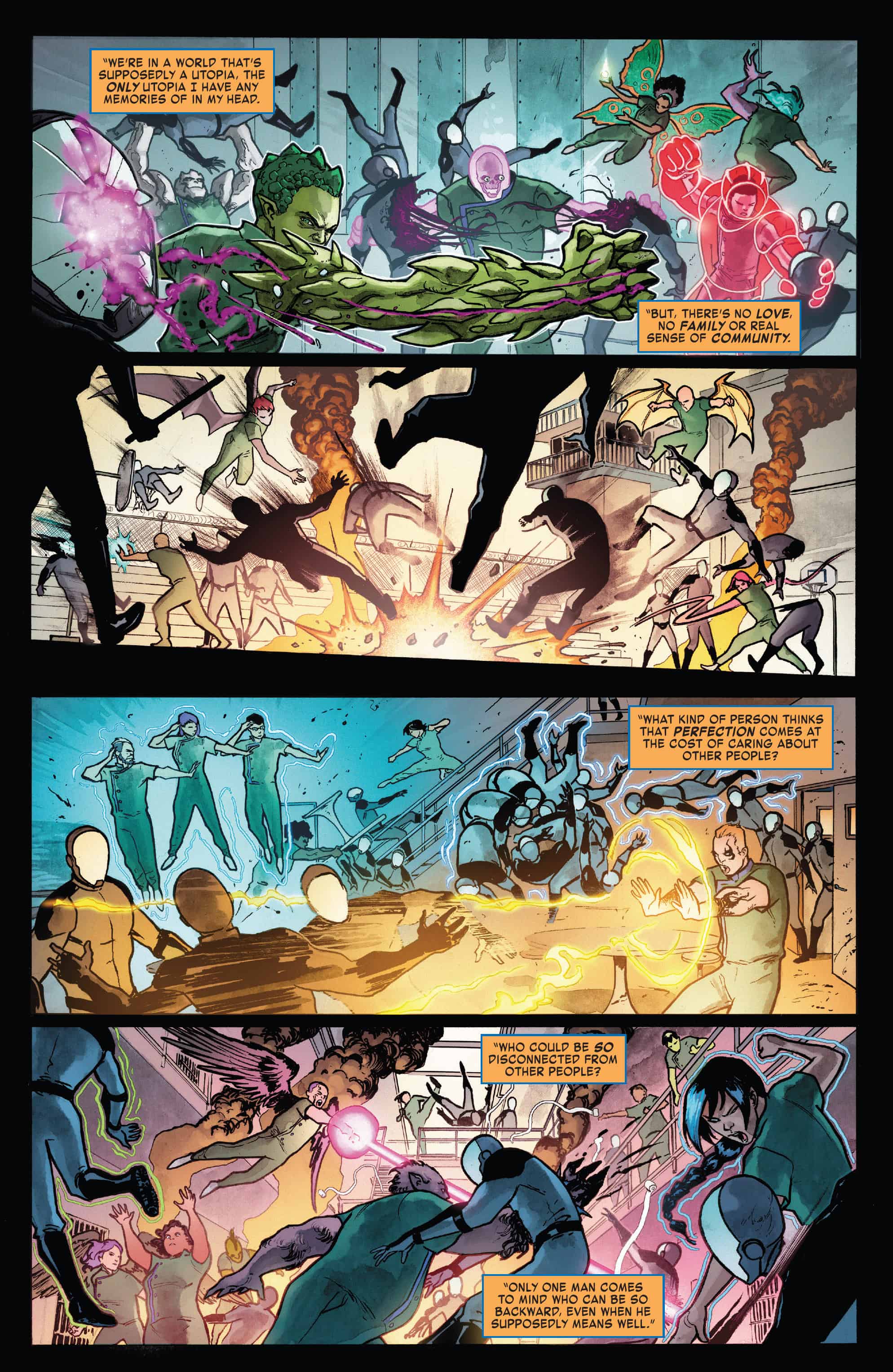 Despite the Wizard of Oz ending, though, the actual writing of the issue was good and the art was the best it has been all series. Finally we see Peralta freed from the confines of the rigid black layouts when we enter Legion’s mindscape and it becomes clear why Peralta was pegged to do this particular book. 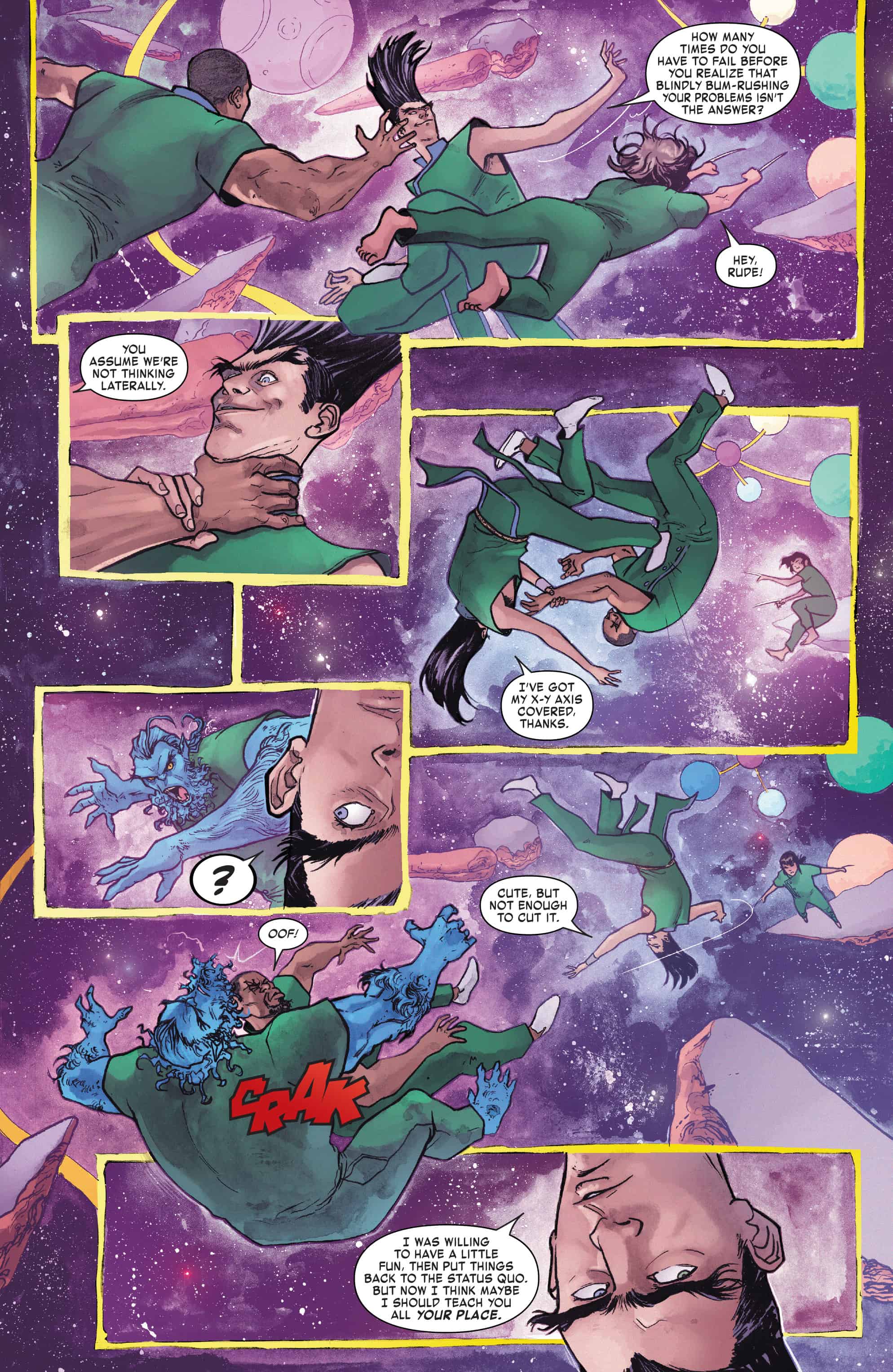 Still no answers on the mystery of the dual Moonstars, but perhaps that will be revealed in Uncanny X-Men #22 or Omega. Or perhaps it truly was an editorial oversight.

A rather predictable end to an otherwise quite well-constructed series, Age of X-Man: Prisoner X #5 simply suffers  from being tied to a larger event.