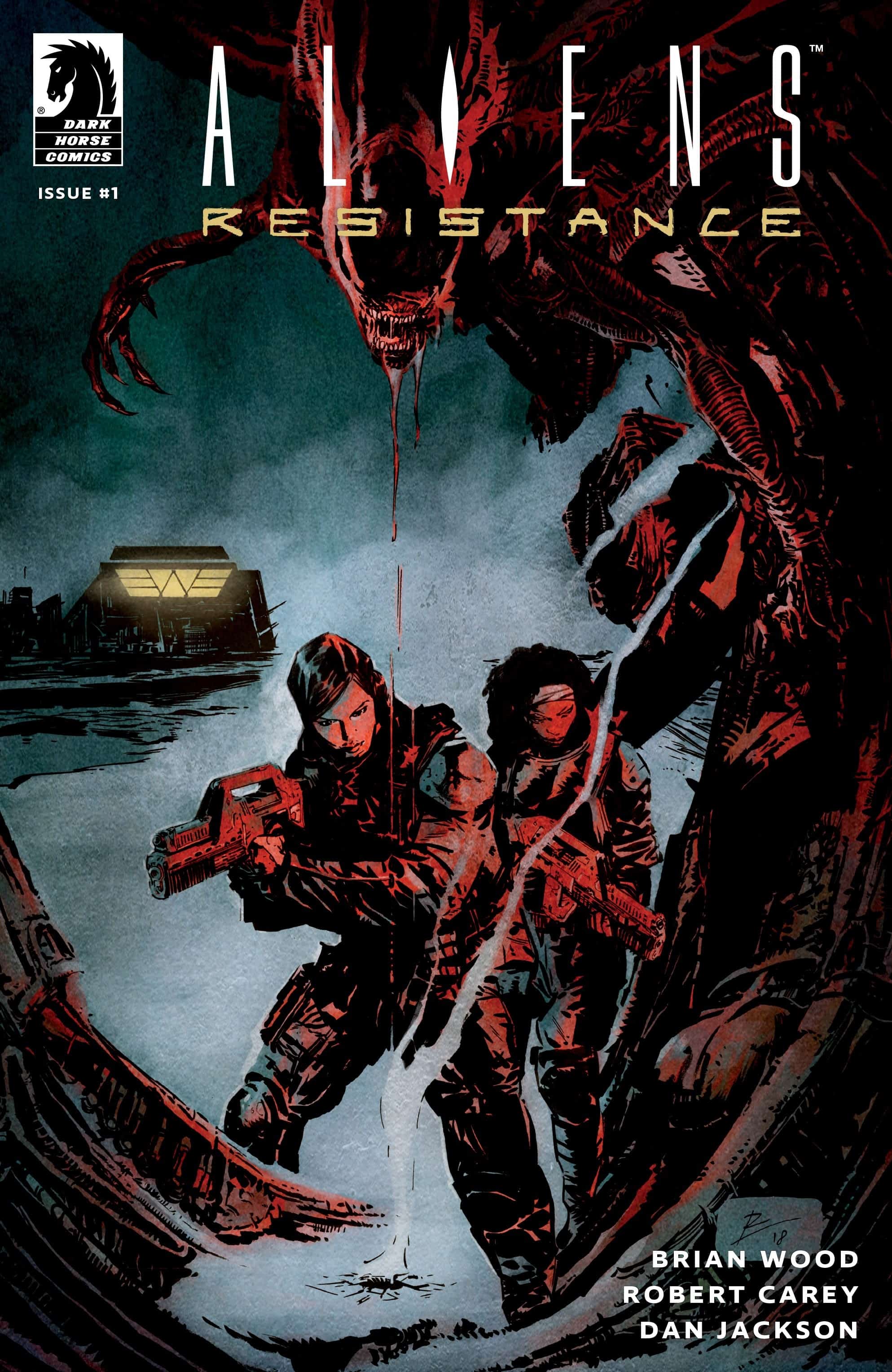 When Zula Hendricks catches up with her old friend Amanda Ripley, she enlists her help to expose Weyland-Yutani Corporation’s sinister bio-weapons program. And the duo are aided by Zula’s synthetic ally Davis One, which is handy. As they attempt to leave Earth unobserved, they come up against an upgraded arsenal including acid tipped bullets and enhanced androids designed to keep Wey-Yu’s darkest atrocities secret! 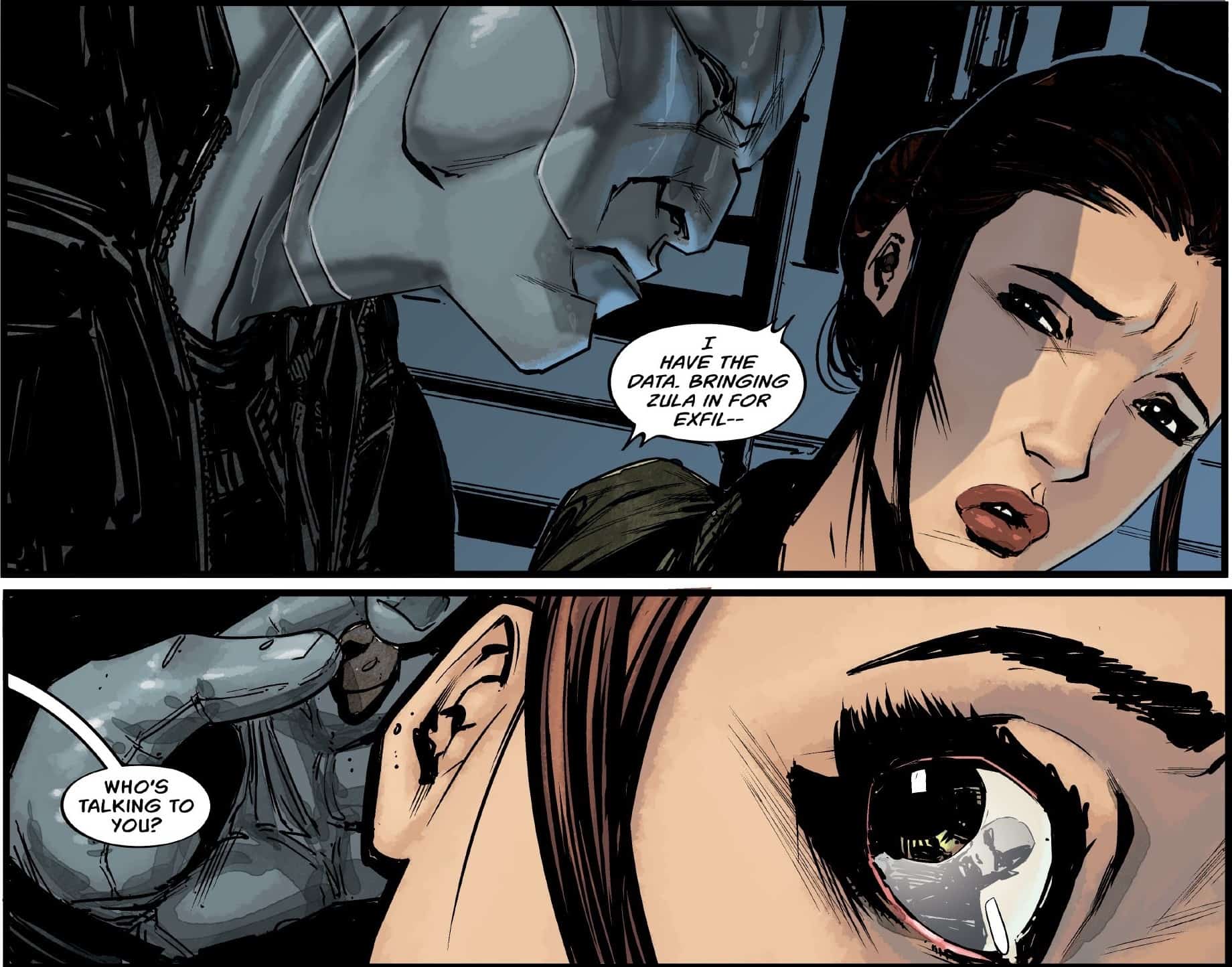 Despite the close escape they arrive at their destination at the research station, but there is trouble ahead. The colony transport ship they used for cover called the Gaspar, which is supposed to hold 1,100 colonists, has had its passenger manifest erased. It is now strangely classified as re-supply only. Eleven hundred colonists have been made to seem as if they don’t exist. It also hides some decidedly unwelcome guests. 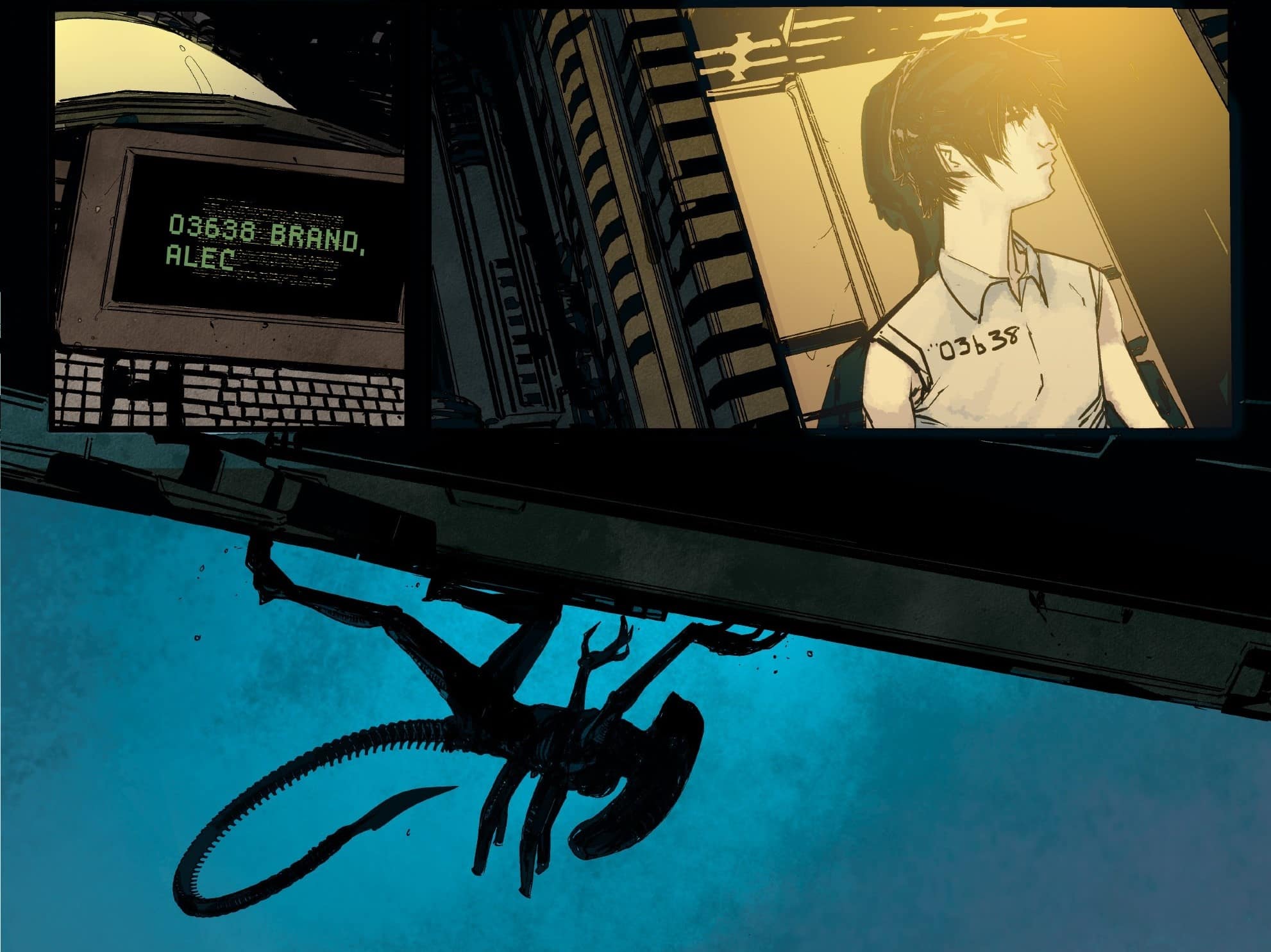 Following on from the events of both Aliens: Defiance, also written by Brian Wood and the award winning game Alien: Isolation, created by the games developer Creative Assembly in 2014 to be honorific to the original film, this sequel conclusively links both events very successfully and is a delightfully believable reunion of two well known characters from two different narrative formats. Beginning with the ending of the game, Brian Wood introduces us to Amanda Ripley. Those who may not have played the game need not fear as he does a great job of confidently including her in an intriguing way and also links her to Zula by way of revealing the two are good friends. And this helps invest in the characters and make their purpose and relationship to each other believable and organic. 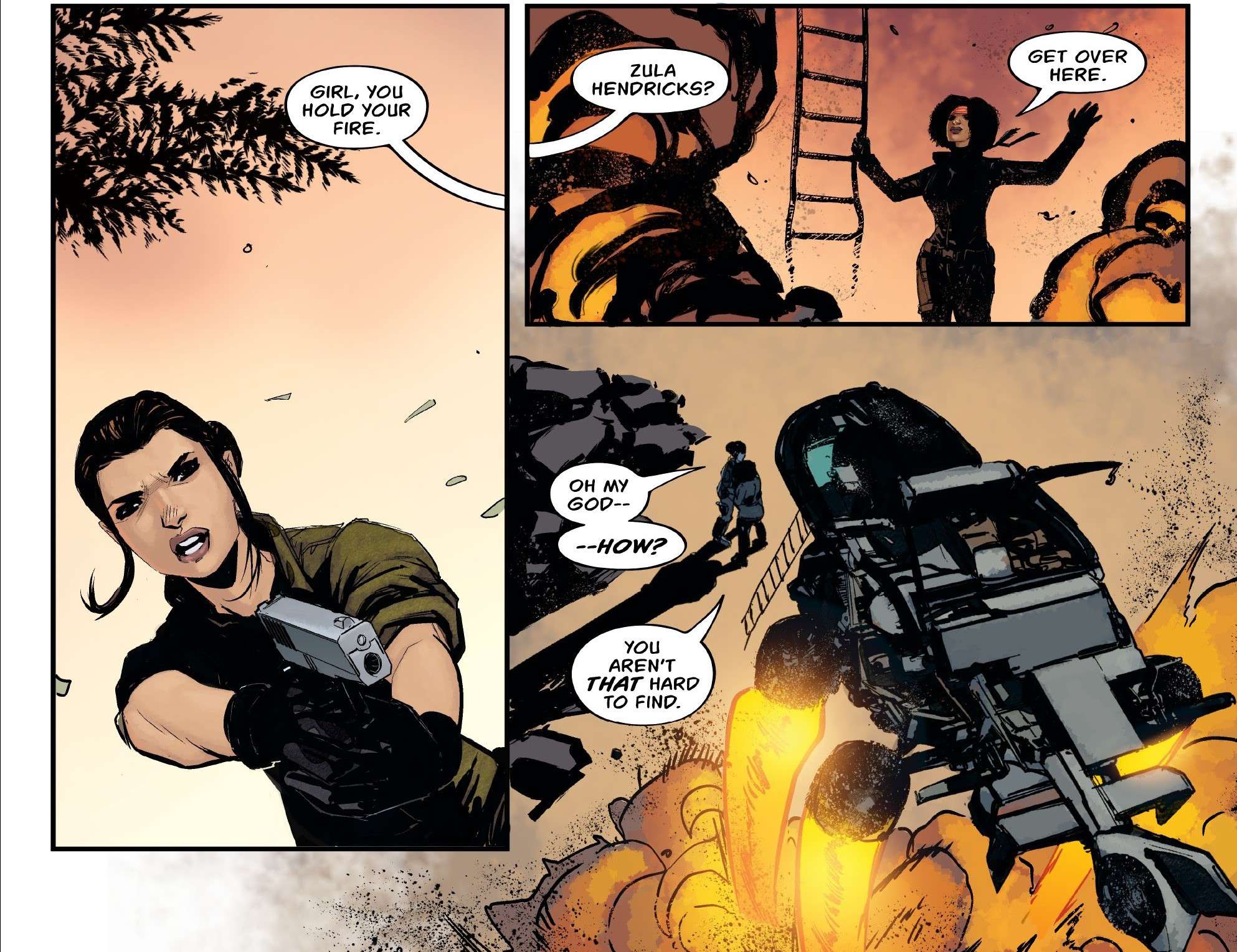 He also is fully invested in the working relationship he has with Robert Carey, as he manages to allow the art to do the story telling for two whole pages without a single word of explanation or dialogue between the characters. This to me shows great confidence. And it pays off as we are allowed to believe the organic link between the two leads without it being forced on us. Amanda Ripley, the daughter of Ellen Ripley, kept silent by Weyland-Yutani about her knowledge of the xenomorph threat. Zula Hendricks, the court-martialed Ex-Colonial Marine also manipulated by Weyland-Yutani due to her confrontation with the xenomorph on the Europa. And now they are paired up on a mission to throw a spanner into the works for the Company. Mother would be so proud. And as if to pay homage to her matriarchal links we even have a vision that reminds us how much like her mother she really is. 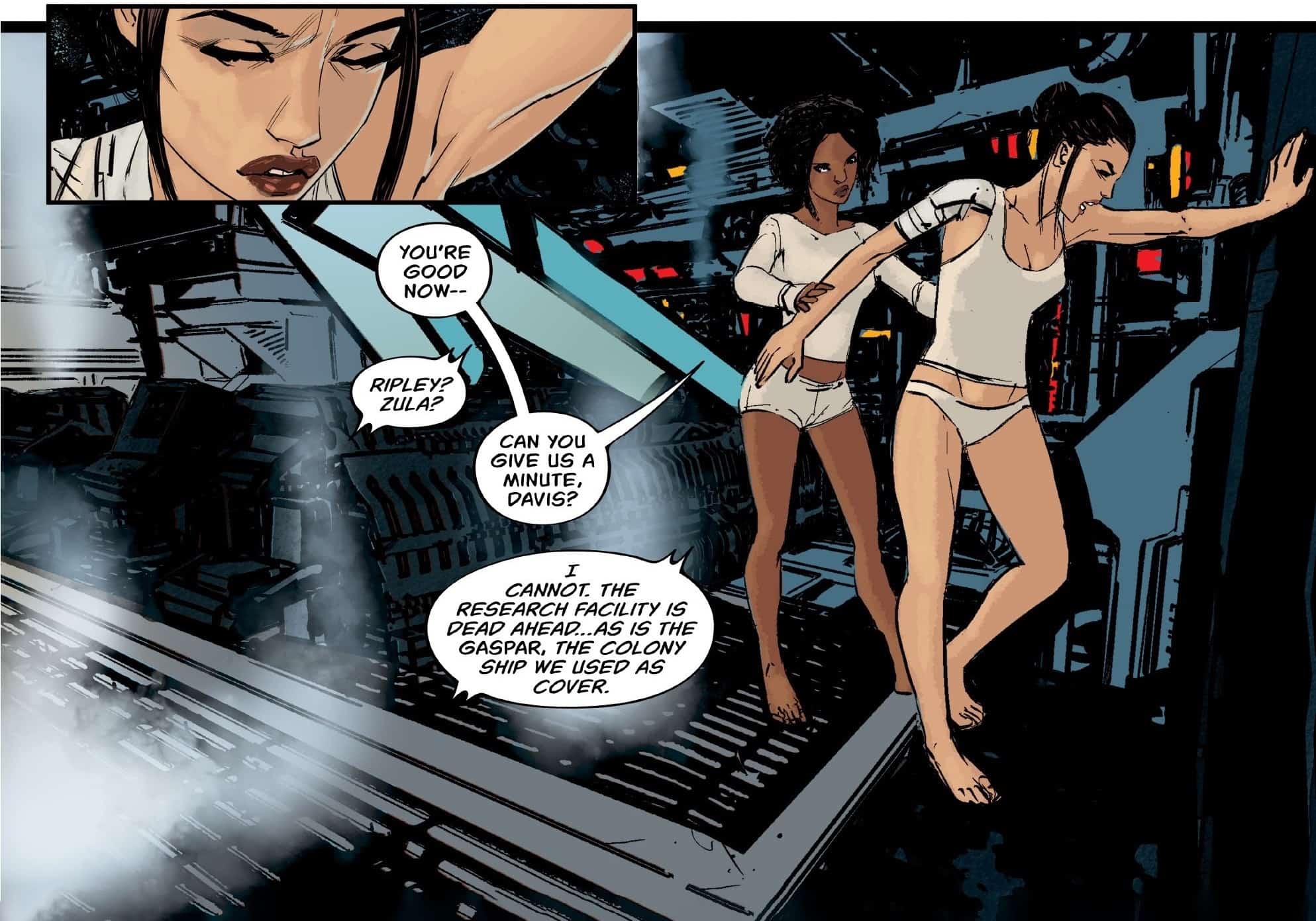 Roberto De La Torre gives us a dynamic image for the cover, showing our two allies overshadowed by the eponymous xenomorph, with the spectre of Weyland-Yutani compound in the background, showing all the main players in spectacular fashion without showing bias to anyone in particular. The art of Robert Carey is a welcome change here from some of the many drastically different styles of Aliens: Defiance. He gives an impressively apt start to the story here, delving into the opening flashback sequence and drops us into the cold emptiness of the void as he opens with a window into the vastness of space. And also contrasting this perfectly in a sudden switch of location, with the dark and gritty visuals, which lend a feel of realism and pollution in the heat and grime as he introduces us to the Earthbound Amanda Ripley. Similarly Dan Jackson returns from his turn as colorist on Defiance to lend the follow on a seamless smooth transition. It all fits perfectly with the theme and even hearkens back to the original movie with the dark contrasted by the bright spacecraft in flight. From the earthy palette of Earth itself and the bustling hive of industry, to the monochrome feel of Amanda playing hermit. 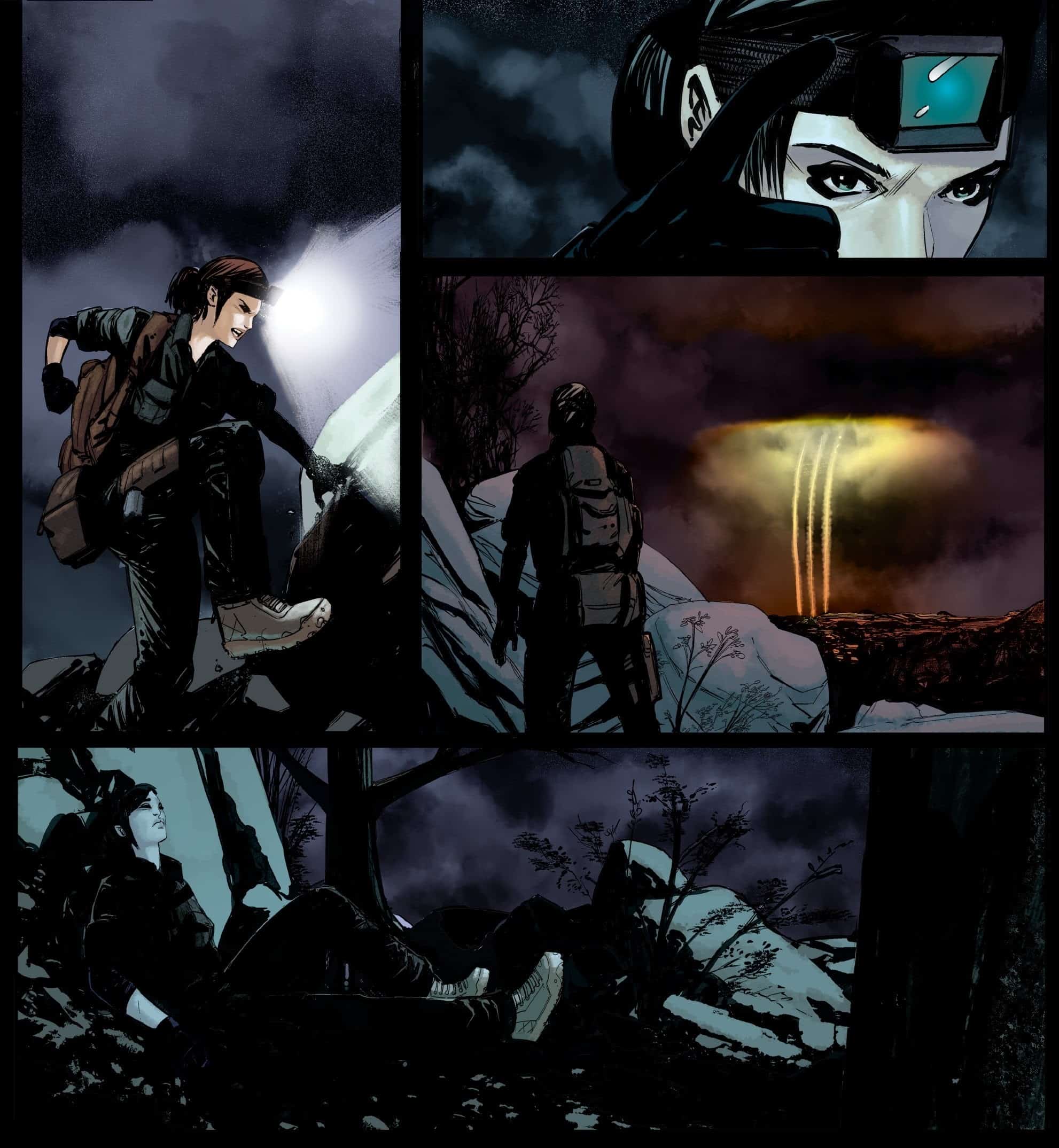 However, those who were fans of Eduardo Francisco’s more sanitised artistic style in Aliens: Defiance final two issues may not appreciate the change of visual here. I myself found it comfortably comparable to Stephen Thompson, who was artist on Aliens: Defiance #7 and #10. And so helps identify this series well with the last arc, despite the many different distinctive artists of that series. As most of Aliens: Defiance was split between five artists it tended to make it a little difficult for me to invest, even with such equally great and varied voices. From Tristan Jones detailed style, reminiscent of Jean Giraud of Moebius fame, to the fine pencil lines of Tony Brescini, there was a broad scope of styles showcased.
Note: This four issue series will be followed by Aliens: Rescue in May and will see the two friends joined by Alec Brand, introduced here. That story will see Brian Wood joined by artist Kieran McKeown.

The daughter of xeno hunter extraordinaire, coupled with an ex marine with a survival instinct. Both with a score to settle. Say it with me gang...”OORAH!!”