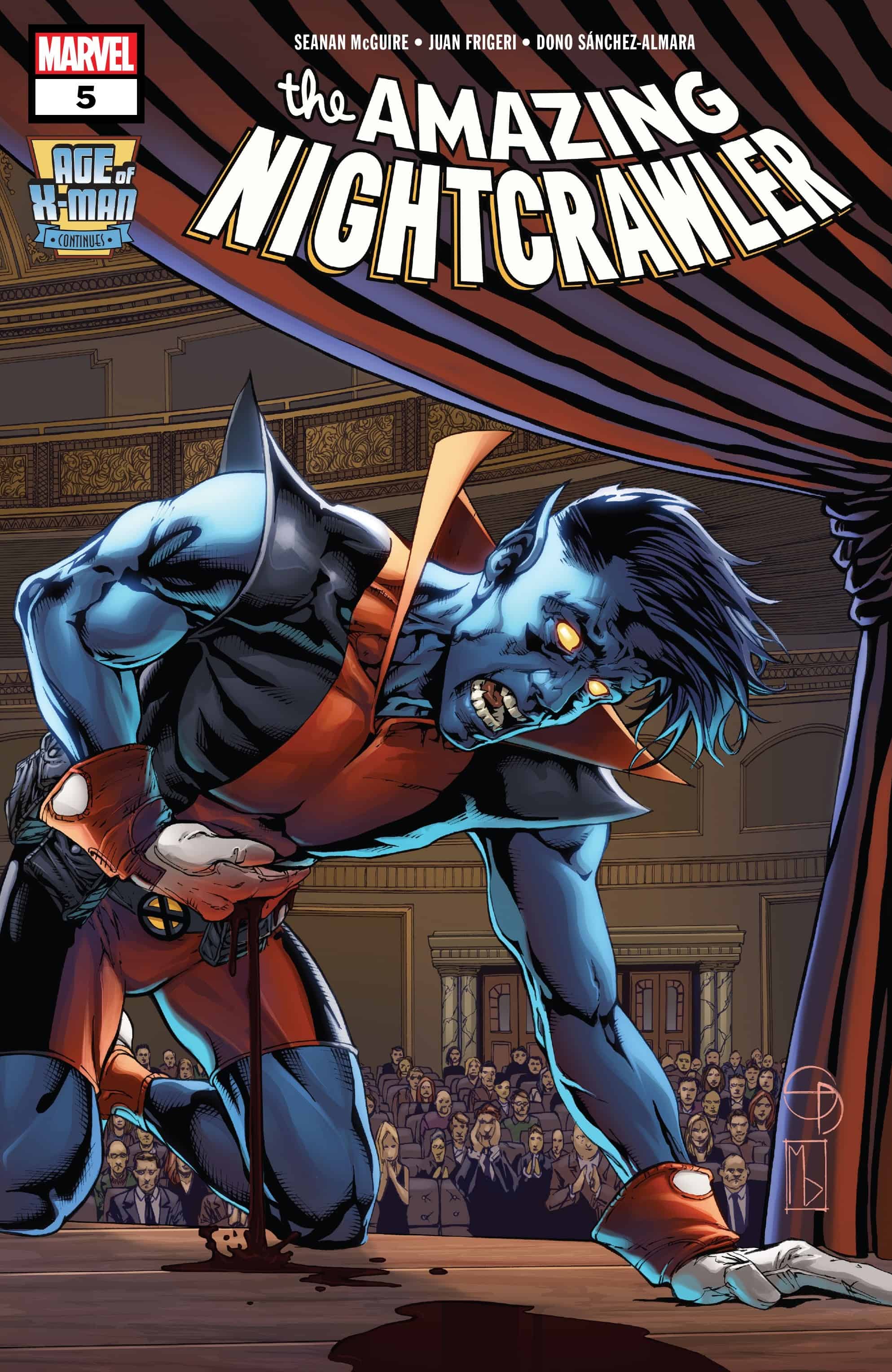 Well. We always knew that this wasn’t going to end well for anyone involved. Reading this book is an exercise in misery, but luckily for us, that misery is beautiful. I’m not going to give the game away, but I will say that noble self-sacrifice is at the very heart of Nightcrawler’s character and he is, as ever, true to himself. 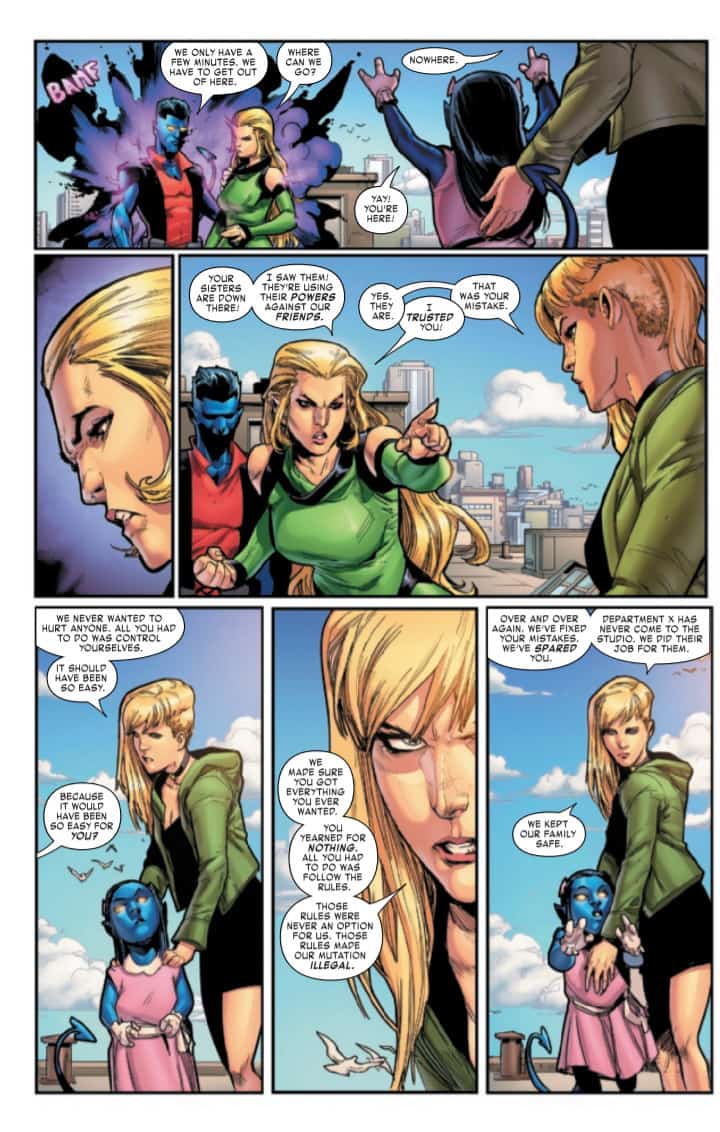 This issue furthers the themes of family and the inevitability of love, as well as the weaknesses and selfishness which are inherent in all of us. Phoebe Cuckoo voiced some painfully true things about love (most people will only pursue it as long as it’s convenient; if the government gets involved in regulating the human body or heart, some people are going to be labeled ‘illegal’ just for existing) and someone finally remembered that Megan can fly. 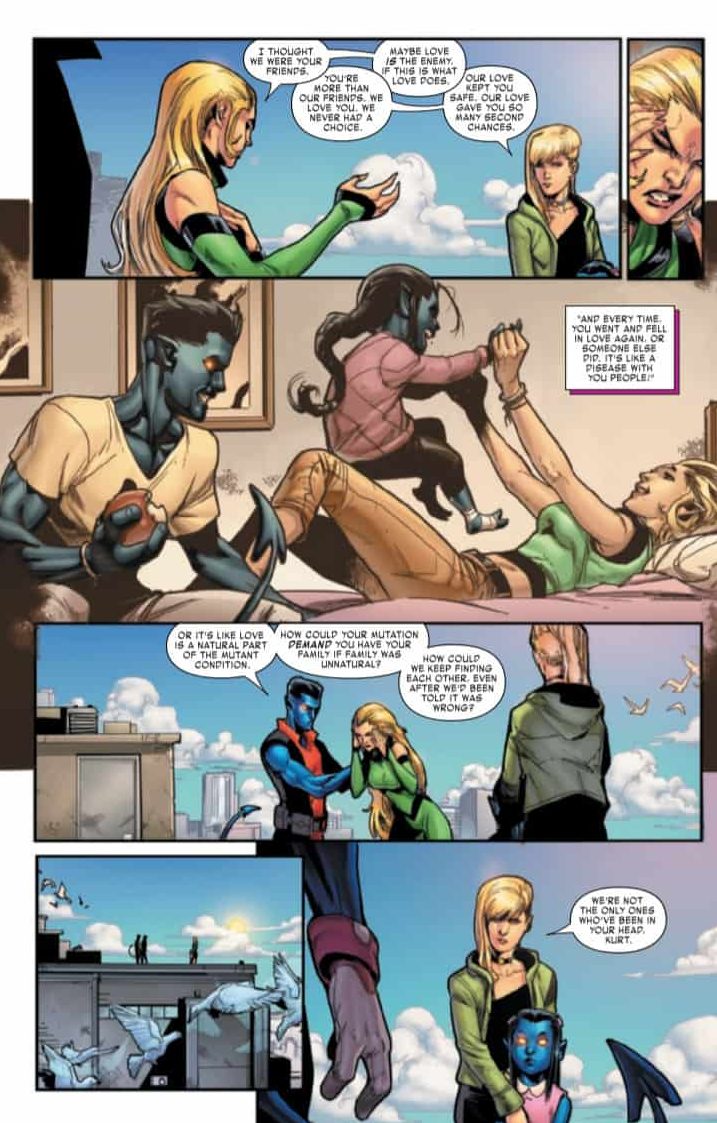 The writing was witty, deeply intelligent, and laden with insight. When the book ended I was left thinking of the similarly-horrific final chapter of Brave New World — when John-The-Savage realizes that he cannot escape the tender hell of the modern world and comes to his own compass-turning end. The ending of this story is a little lighter, though, thanks to Megan and sweet little TJ. I must say, however, that the only reason I’m not more of a mess, emotionally, is that I know that this nightmare of a world is going to be undone. All that was lost shall be restored. Thank the Almighty Marvel’s insistence on maintaining the status quo.

Juan Frigeri’s art was especially effective in this issue. Flashback scenes to the forgotten lives of Kurt and his family were effectively (painfully) interspersed with the explosive realizations unfurling in the present. 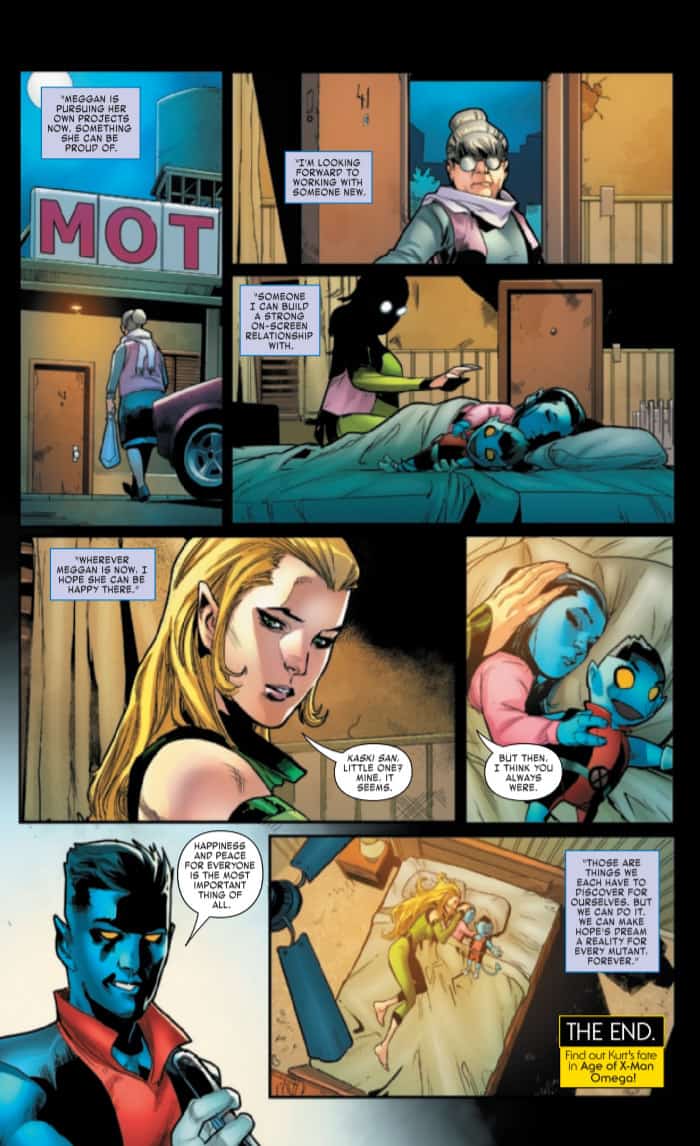 I have heard this book described as the weakest of the Age of X-Man series, but while it is true that the series has its flaws (especially when regarding the legitimacy of adopted families) I think that it has actually proven itself to be one of the strongest. It has given us the space to explore the effects of X-Man’s tyranny on the world beyond the heroes homes. If you have been delaying picking up this series, now is the time to do it. Read in one go, the effect will be devastating.

This final issue masterfully builds to a conclusion which feels inevitable and devastating all at once. I haven't been so moved by a comic in a very long time.