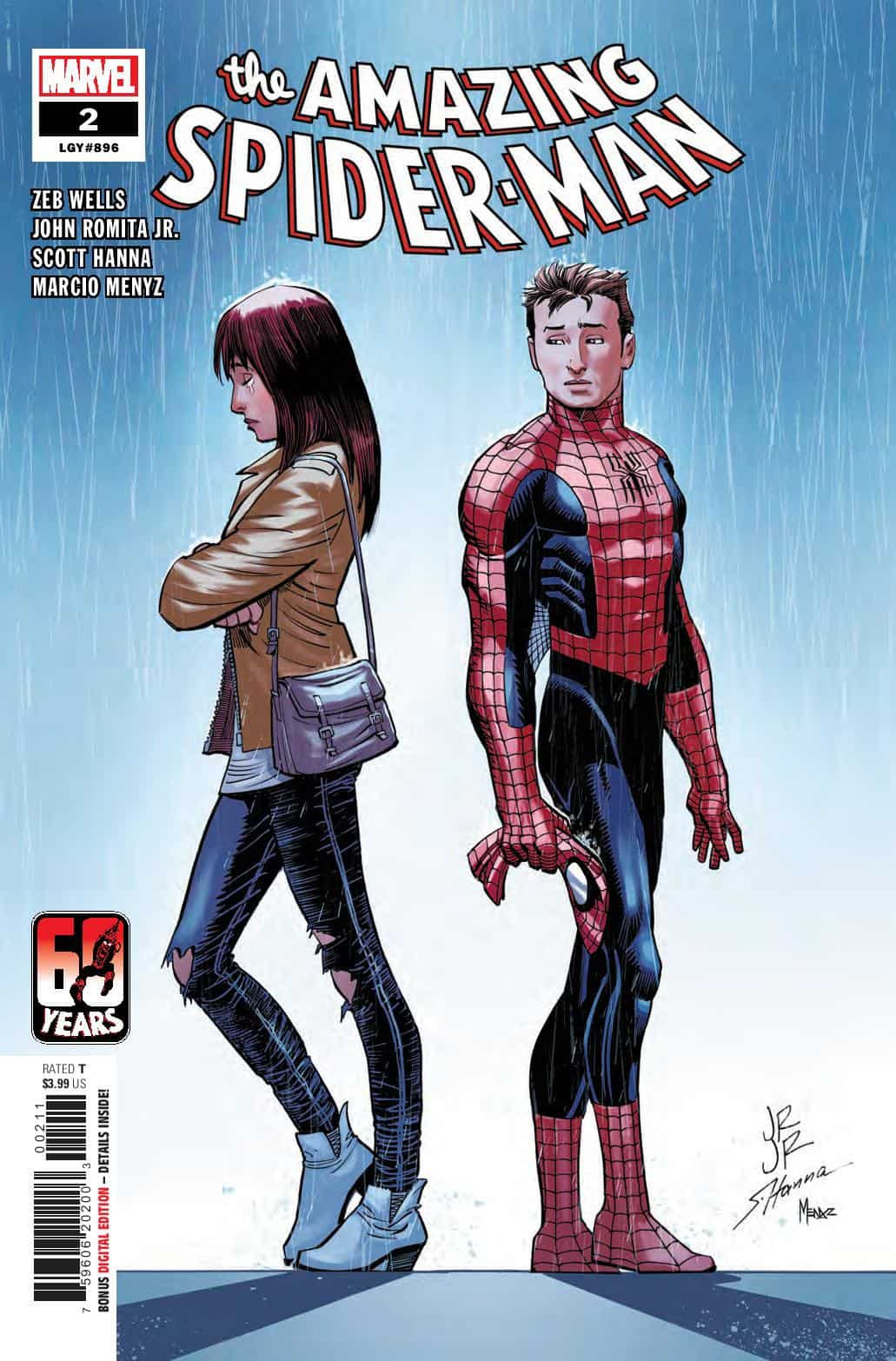 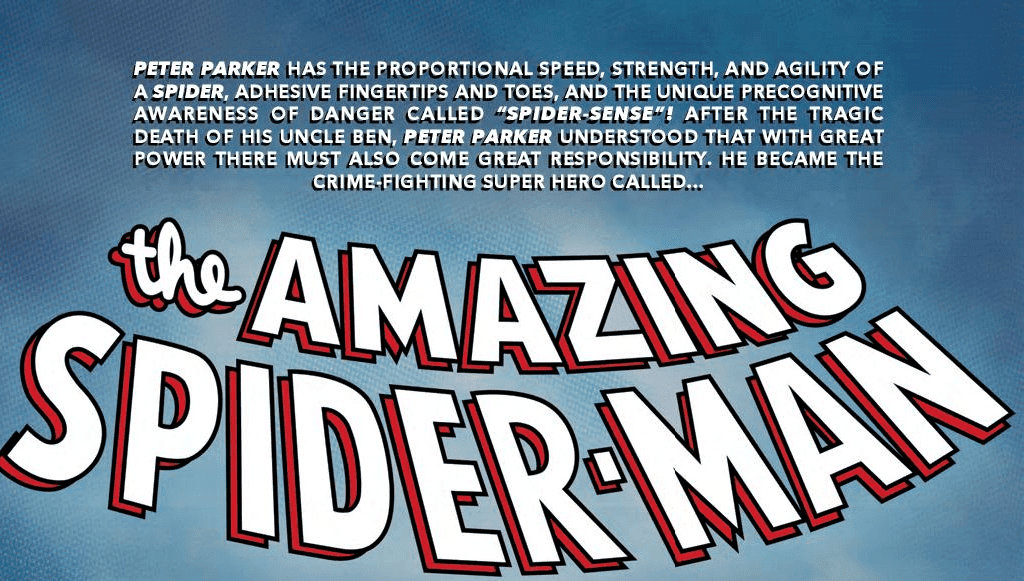 Author Zeb Wells sure is stretching his creative muscle on this book. Normally, Zeb tells story that have a healthy amount of humor to them, very light hearted. But this book is pretty far removed from that. It’s not dark or depressing or moody, it just has a more serious tone to it, which throws me off. Nevertheless, there is some humor in the book, so it’s still a classic Spider-Man book. Norman Osborn appears in this issue, and you know stuff’s gonna hit the fan whenever he shows up. Wells really seems to be writing to his artist’s strength, which is very smart considering who his artist is. Wells has given us a time gap in this series, and we’re starting to learn what went on during this time between series, and it’s pretty surprising and also a great source of mystery. 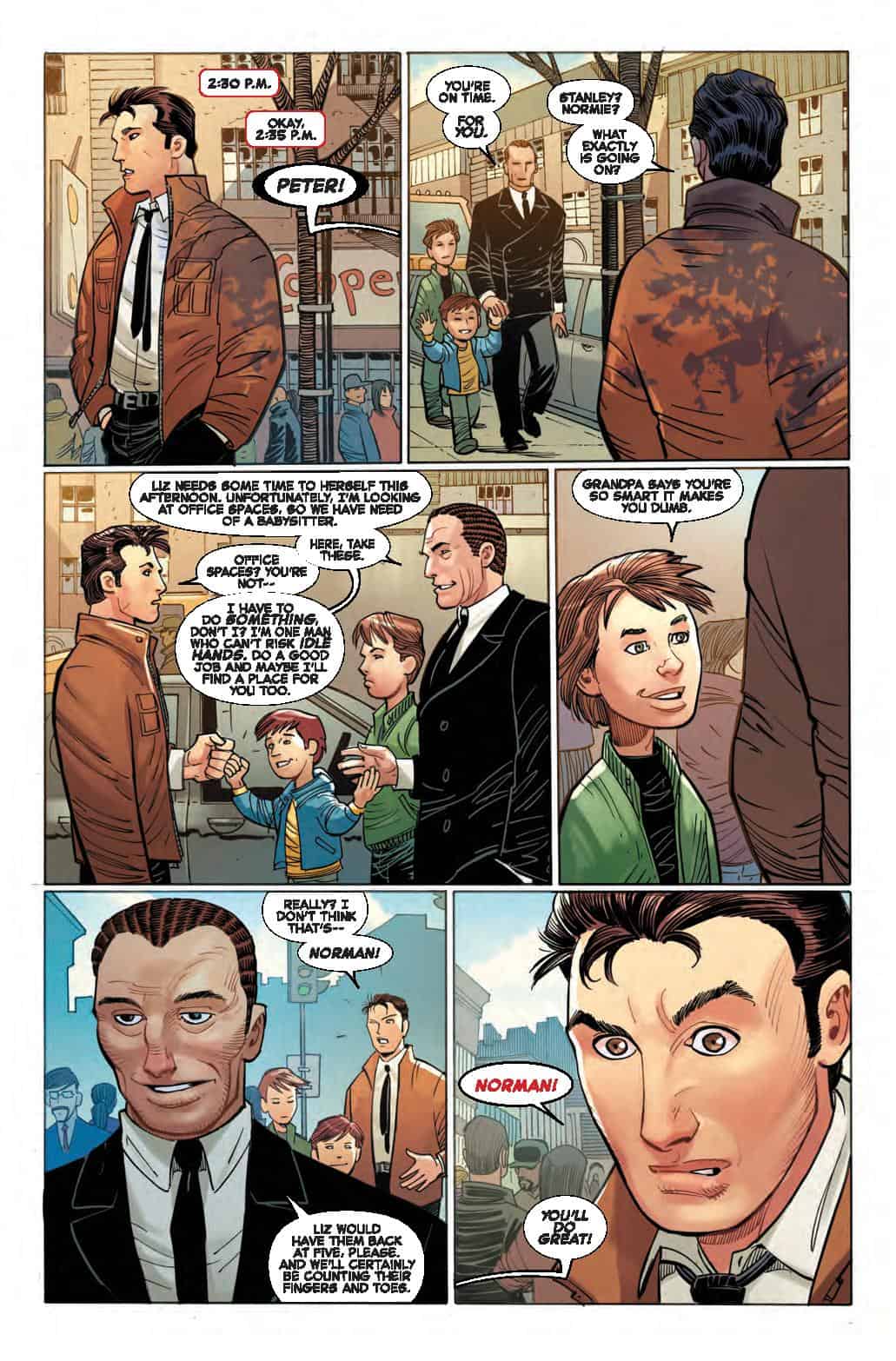 Who doesn’t love John Romita Jr.? He’s one of the gold standards that today’s artists all look up to, and him being back on Spider-Man is a great present to all of us Spider-Fans from Marvel. I really forgot how much I liked him on this series, but the past two issues have solved that. He’s got a way of making Spidey and his world more grounded in reality while keeping things light and crisp. Inker Scott Hanna always makes Romita Jr.’s art look sharp and bold, he’s probably my favorite inker for JRJR, honestly. The book looks absolutely killer, and I couldn’t see another creative team doing this story. It’s issues like this that make me realize how right Marvel was in putting together this team.

When you put the perfect creative team on an iconic book, you get better results than you thought possible. That's the case here. Wells and Romita Jr. both tweak their styles a tiny bit to create a book that's beyond what you'd ever expect.