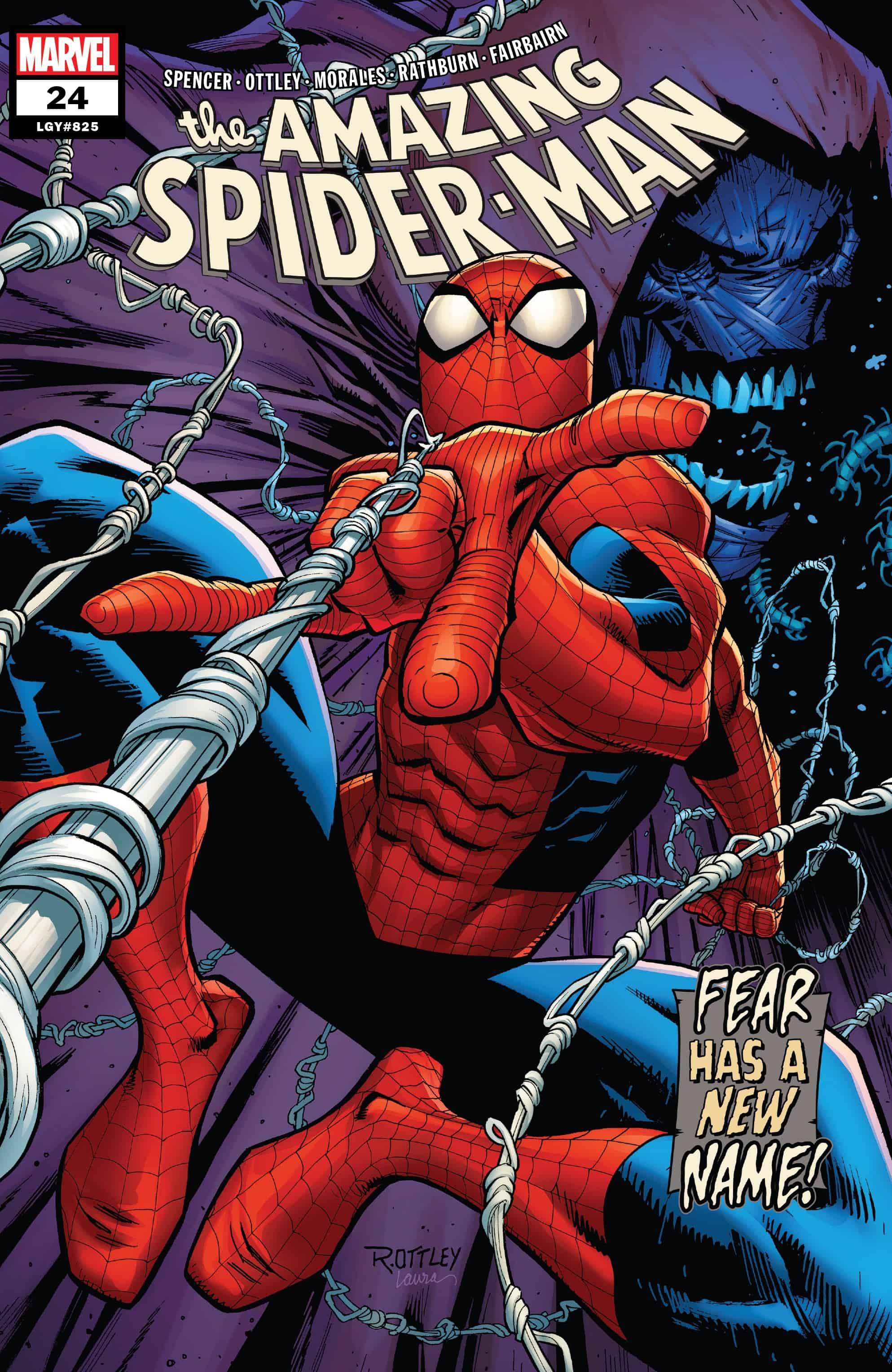 Having survived Kraven’s most recent hunt, Peter Parker has domestic bliss on his mind. He and Mary Jane have never been closer… 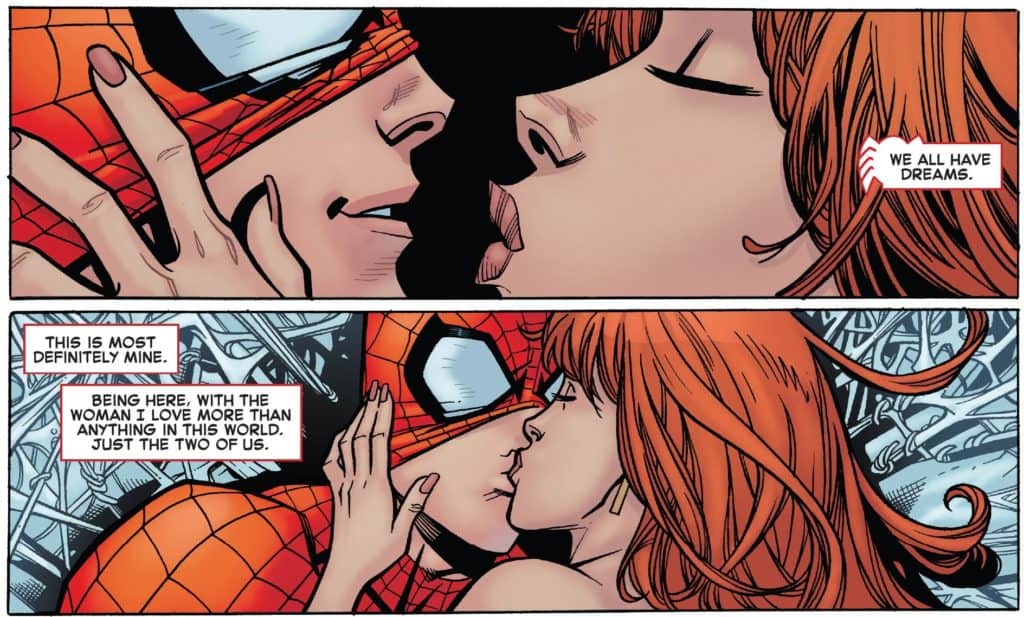 …But happiness isn’t all he can think about. He’s also been obsessively worrying about the vision he had while in Kraven’s clutches of Mary Jane… DEAD. 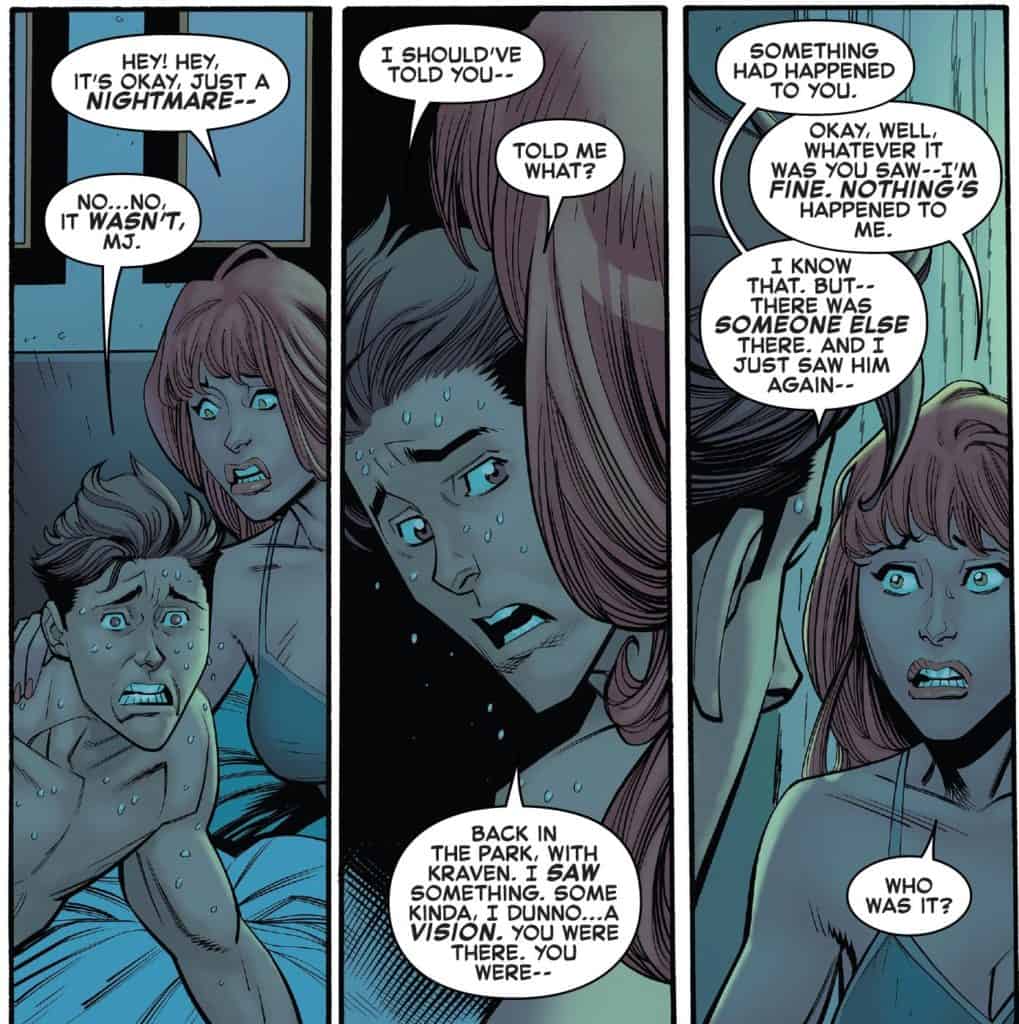 Spidey isn’t the only one with problems, though. Elsewhere in Ravencroft Asylum, Quintin Beck a.k.a. Mysterio, has issues of his own. 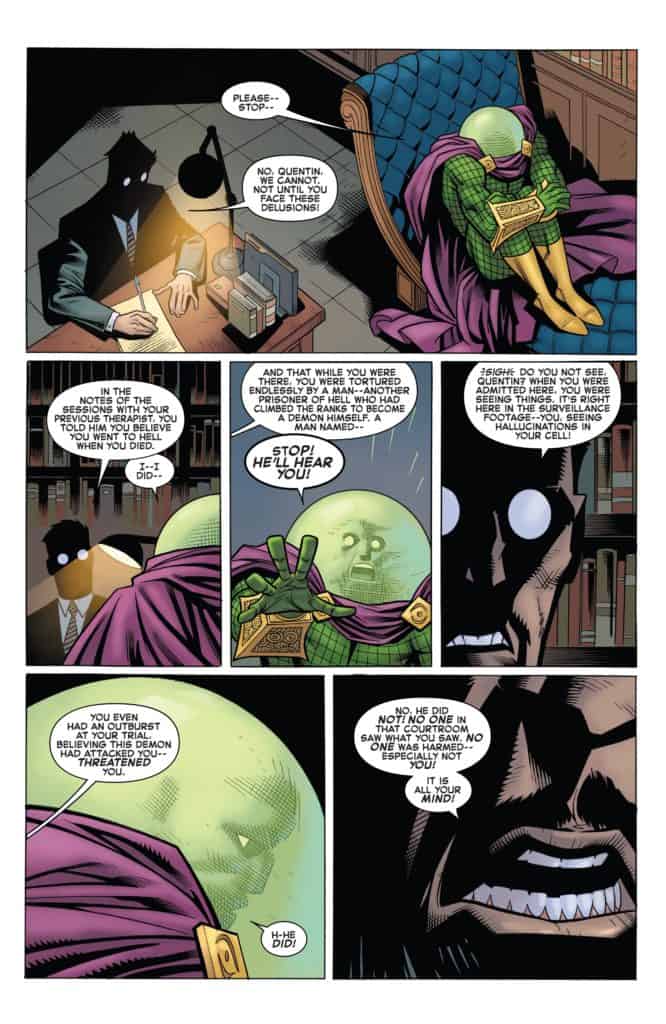 He can’t seem to shake the Hell-acious iconography from his illusions, as capably shown by his psychiatrist. But what if it isn’t an obsession? What if some unearthly, demonic tormentor is really perched on his shoulder? 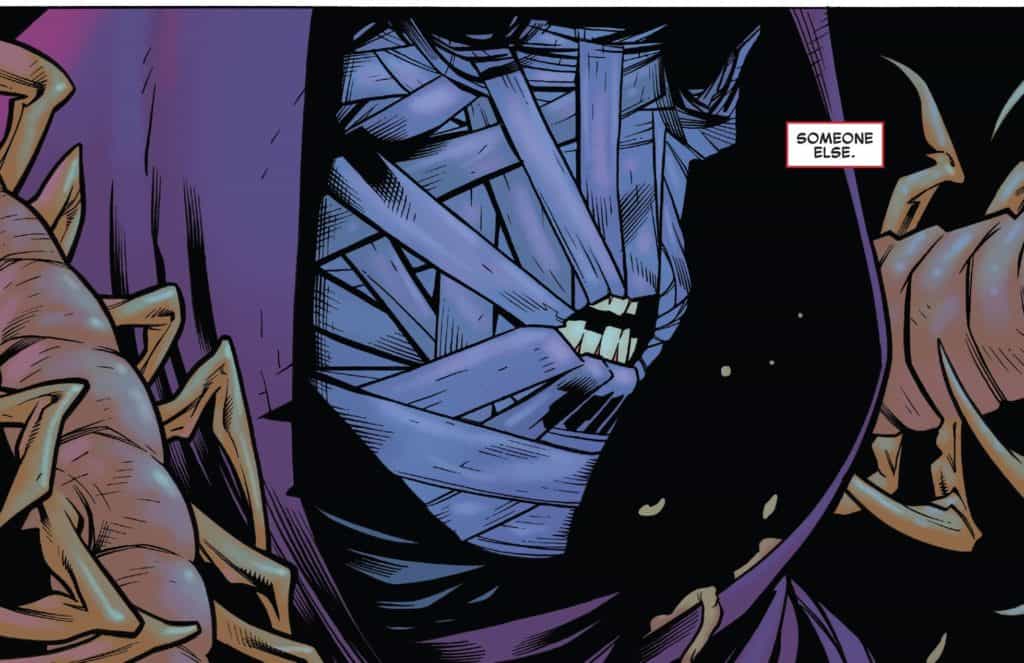 And what if it has Mary Jane in its sight next?

At least for a brief, shining moment, Nick Spencer gets back to what he does best in Amazing Spider-Man #24: small, intimate, character-based moments. That’s what we get for at least half of the issue between Peter and Mary Jane, and especially for us older fans who happily remember a day when these two were married in domestic bliss. Their emotions are genuine and their intimacy feels lived-in. In short, this is what readers want for Peter Parker’s home life.

But things take a weird turn for the other half of the story. We see Mysterio locked up in Ravencroft (where for no reason other than character identification he’s allowed to roam around in his costume). Mysterio is seeing a shrink because he thinks he’s being haunted by some demonic creature, instead of the hell-tastic imagery found so abundantly in his illusions being a product of his own imagination. Then, of course, the demon proves to be real… and frankly, he looks like ‘90s cast-off Sleepwalker, with a coterie of insects riding shotgun. He goes by the name Kindred because… reasons?… that aren’t yet explained. It’s supposed to be scary (right down to Mysterio’s “shocking fate”) – and it certainly does carry shock value, I’ll give it that much – but it just winds up not quite landing right for maximum effect because Spencer doesn’t really know how to write this kind of scene. It’s just too far out of his comfort zone.

As for the art, while the Peter/MJ scenes are fine for Ryan Ottley, the Mysterio sequences fall flat because of how mismatched are to his lighter-touch art style. It’s not really his fault, per se – he’s just drawing the material he’s been given – but I think Ottley might simply be the wrong artist for this book, at least at this juncture. That’s not something he should be given blame for, but at the same time, couldn’t he at least make some effort to render the scenes with the tone that’s intended for them?

Amazing Spider-Man #24 isn’t necessarily a bad comic, but it is an uneven one. At this point, though, uneven is a step back in the right direction for this badly-astray comic.

Writer Nick Spencer exhales a bit from all the recent high-minded "Hunted" goings-on, and takes some time to get back to basics as far as Peter and Mary Jane are concerned. But in taking too much space to set up the next big story - and not quite sticking the landing with it - instead of just taking some quiet time to reflect and have some quiet, smaller moments. It's not a bad issue, just uneven.