Amazing Spider-Man #68: The Finisher is for Winners… 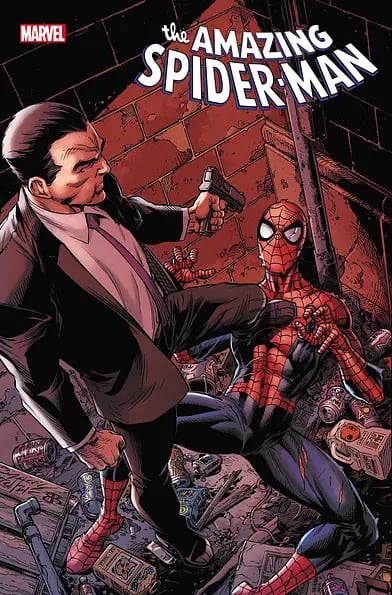 THE CHAMELEON CONSPIRACY continues!
Spider-Man aims to get to the bottom of the Chameleon's plan...but THE FOREIGNER takes his own aim…!!! 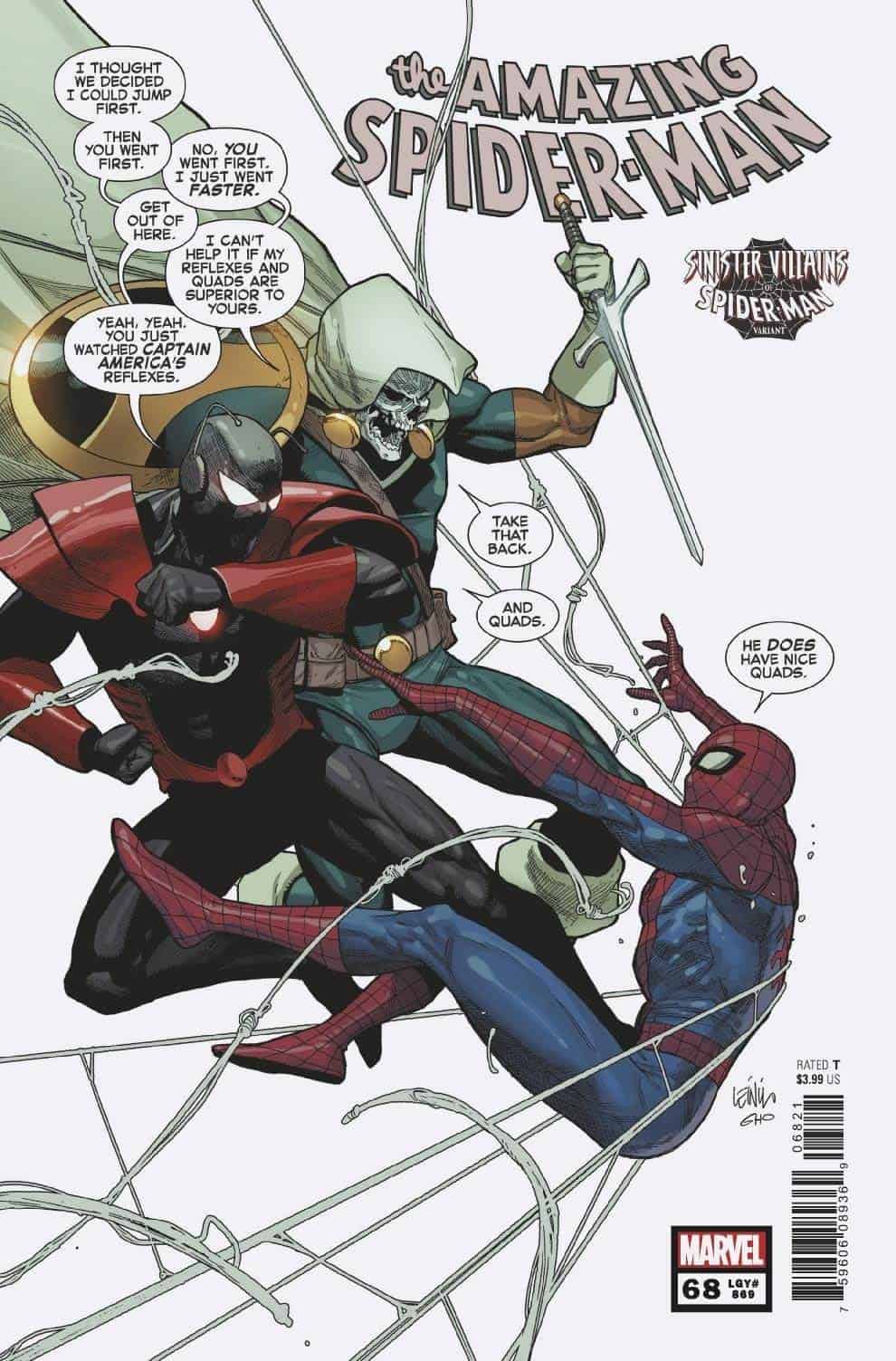 Part two of “The Chameleon Conspiracy,” and things are ramping up. Ed Brisson jumps on to co-write this issue with Nick Spencer, and it’s not really noticeable. Maybe he’s joining the band during the “Sinister War” arc, since Marvel’s dropping a new issue of Amazing every week this month, and it can be a bit much for one person. This issue is full of adrenaline from start to end. The team touches on Theresa, the Chameleon, and the Finisher (continuity wonk—the Finisher is a hitman for the Red Skull who was responsible for Pete & Theresa’s parents deaths), while we get more of the mystery of the resurrected Ned, while Nick, Chance, and the Foreigner advance their plan to power the Clairvoyant (a device that can calculate probabilities that allows you to make bank at a casino—what the Foreigner wants this device for is still not explained yet, but he’s a villain sooooo….), so there’s a whole lot to process here. 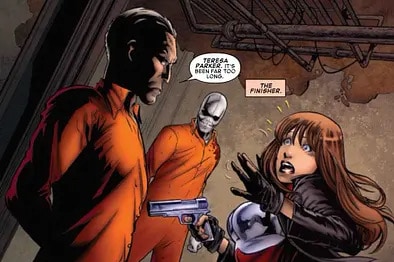 Spencer’s run is kinda reminding me of the DeFalco/Frenz era, where we’re barreling down the road, and while it seems like there’s a semblance of a plan, I’m not completely sure if there is though. I mean, for the upcoming “Sinister War,” I’m absolutely sure there’s a plan, but I’m still not sure where Spencer’s going to go from here. For an arc called the Chameleon Conspiracy, there regrettably hasn’t been a whole lot of Chameleon. Closing in on seventy-five issues, and the Kindred subplot still hasn’t been completely resolved, and it’s starting to drag just a bit. I’m all for long form storytelling – I cut my teeth on Chris Claremont comics, so years-long plots and subplots are old hat – but you gotta keep it interesting, and I’m just not with the Kindred. Spencer has my complete and undivided attention when it comes to the rest of the story, though. I want to know more about the Finisher, and what he and the Chameleon are up to, and what Teresa’s role will end up being in this. I’m very interested in Ned, Betty, and the possible demon spawn she’s about to birth. And Chance? Oh hell yes, please, please, PLEASE, give me more of Chance. Just finish up the Kindred stuff, and let’s get back to what works in this book. While the Kindred hasn’t explicitly been seen this arc, his crawly word balloons are a dead give away that he’s the one pulling the strings, setting up the upcoming war, and giving Doc Ock everything he lost after his time as the Superior Spider-Man. 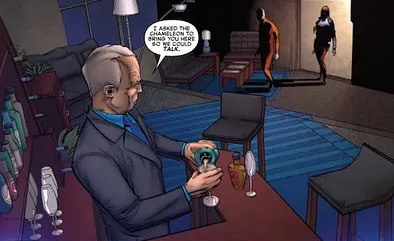 This issue has three artists, Marcelo Ferreira, Carlos Gomez, and Zé Carlos, and their styles luckily don’t clash with each other’s, which is always a good thing. Nothing takes me more out of a story where there are multiple artists, and their styles are just so different that that’s all I can think about. The cast look recognizable, and the scenes are kinetic, which with a book like Amazing, that’s something that I look for. I’m hoping to see Carlos Gomez get a regular gig soon. Young, and youthful characters are definitely his purview, as can be seen from his work on America Chavez: Made in America. 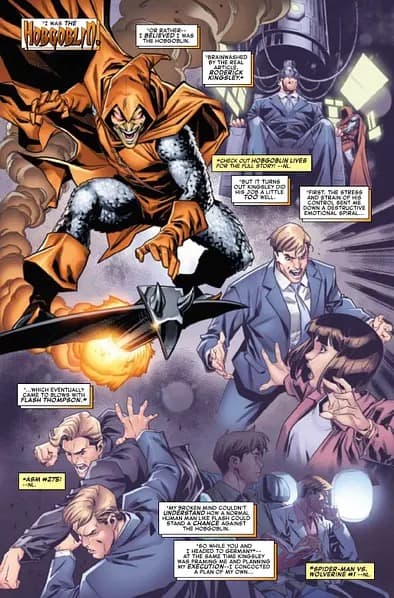 We’re quickly approaching the Sinister War, and Spencer and the gang are chugging along. This issue is full of subplots featuring new faces, old faces, and possibly cloned faces? Spencer brings lot of energy with this book, and there’s loads of potential for greatness. Hopefully the pay off will be worth the wait.

Amazing Spider-Man #68# The Finisher is for Winners…