Amazing Spider-Man #69: LOOK OVER THERE! 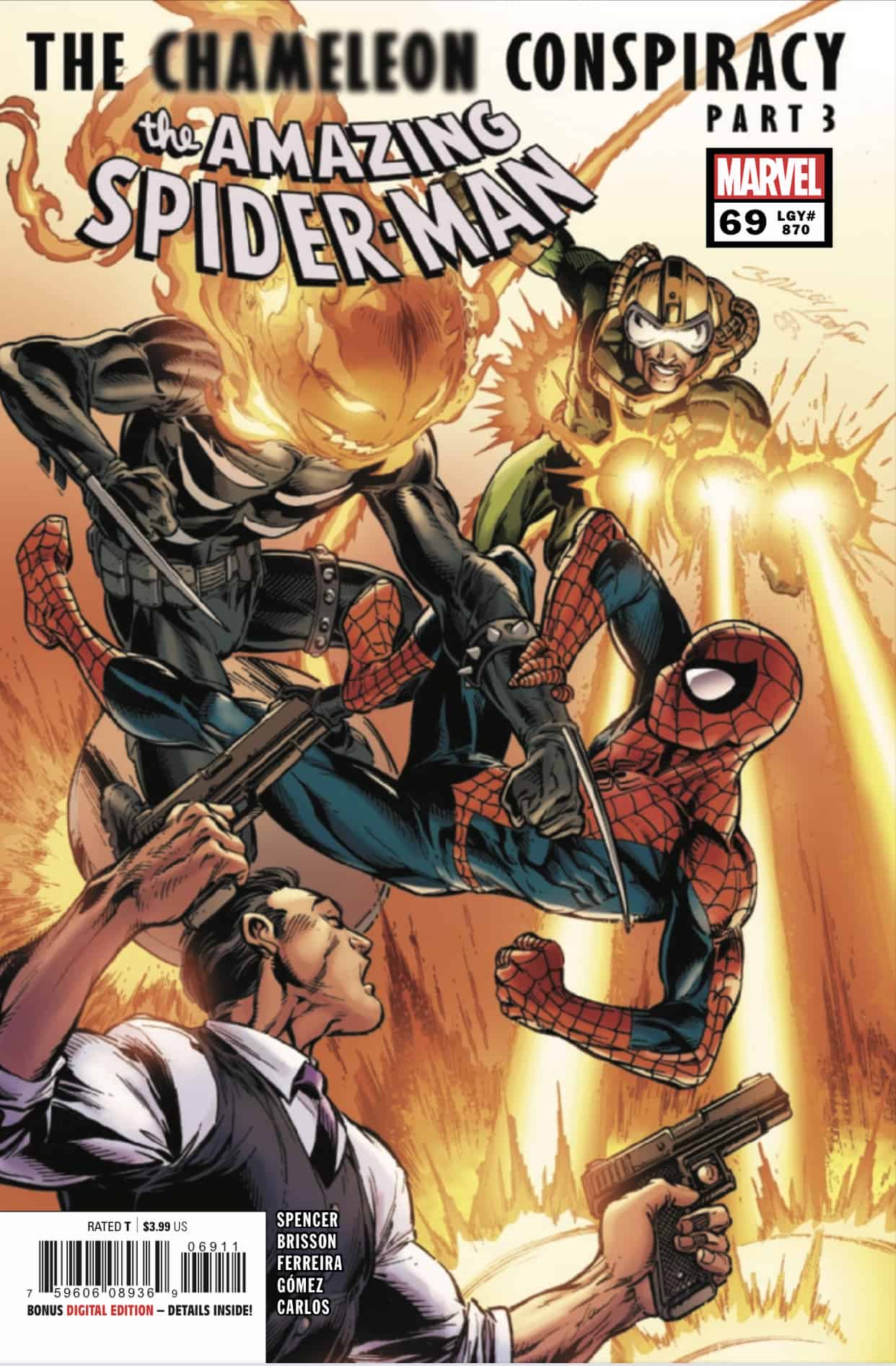 Spidey and his superspy sister, Teresa Parker, dig to uncover THE CHAMELEON CONSPIRACY. Their investigation is challenged by Chance, Jack O'Lantern and the Foreigner's anarchic alliance!

The last issue until the Giant Size conclusion to the Chameleon Conspiracy, and it’s a bit of a letdown. I understand that all of the big events have to finish in these Giant Sized issues in order to bring the Spencer run to a close by issue 74, but these last few issues have felt like he’s just treading water. It’s to the point that Marvel brought on Ed Brisson to help keep the ship afloat, but it didn’t work as well this issue as it did last issue. There is a bit of a shocker at the end, and makes me wonder how this will play out in the upcoming Sinister War. 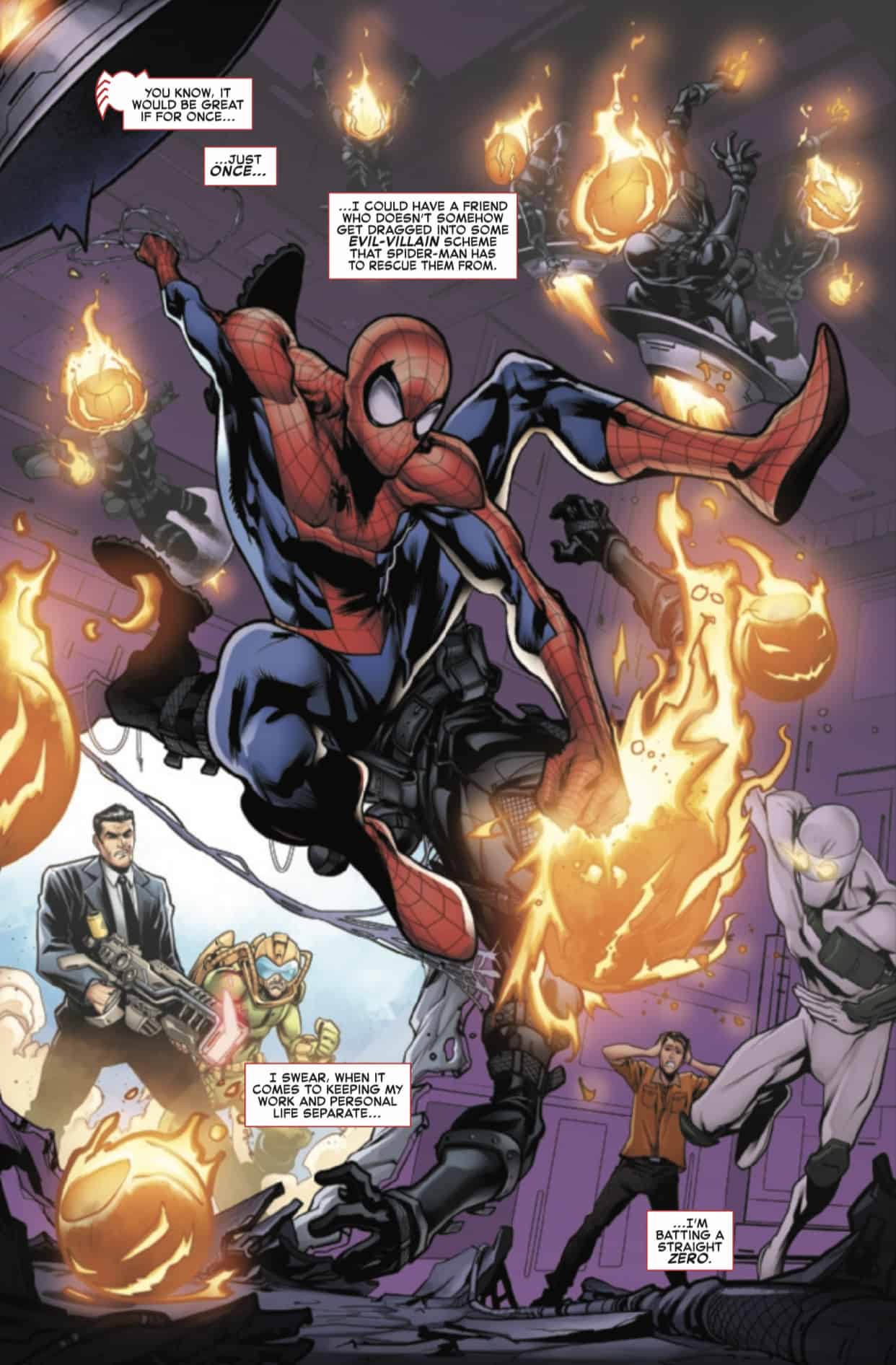 There’s very little of what the Chameleon is plotting, his involvement with Teresa, the Finisher. The subplot featuring the return of Ned is given just a few panels, and the rest is dedicated to Peter, the Foreigner, Chance, the bevy of Jack O’Lanterns (plural), Jamie, and his invention the Catalyst. It’s just a big mash up, and reads like if you are on Adderall for ADHD, you might want to skip a dose, because the focus is all over the place. 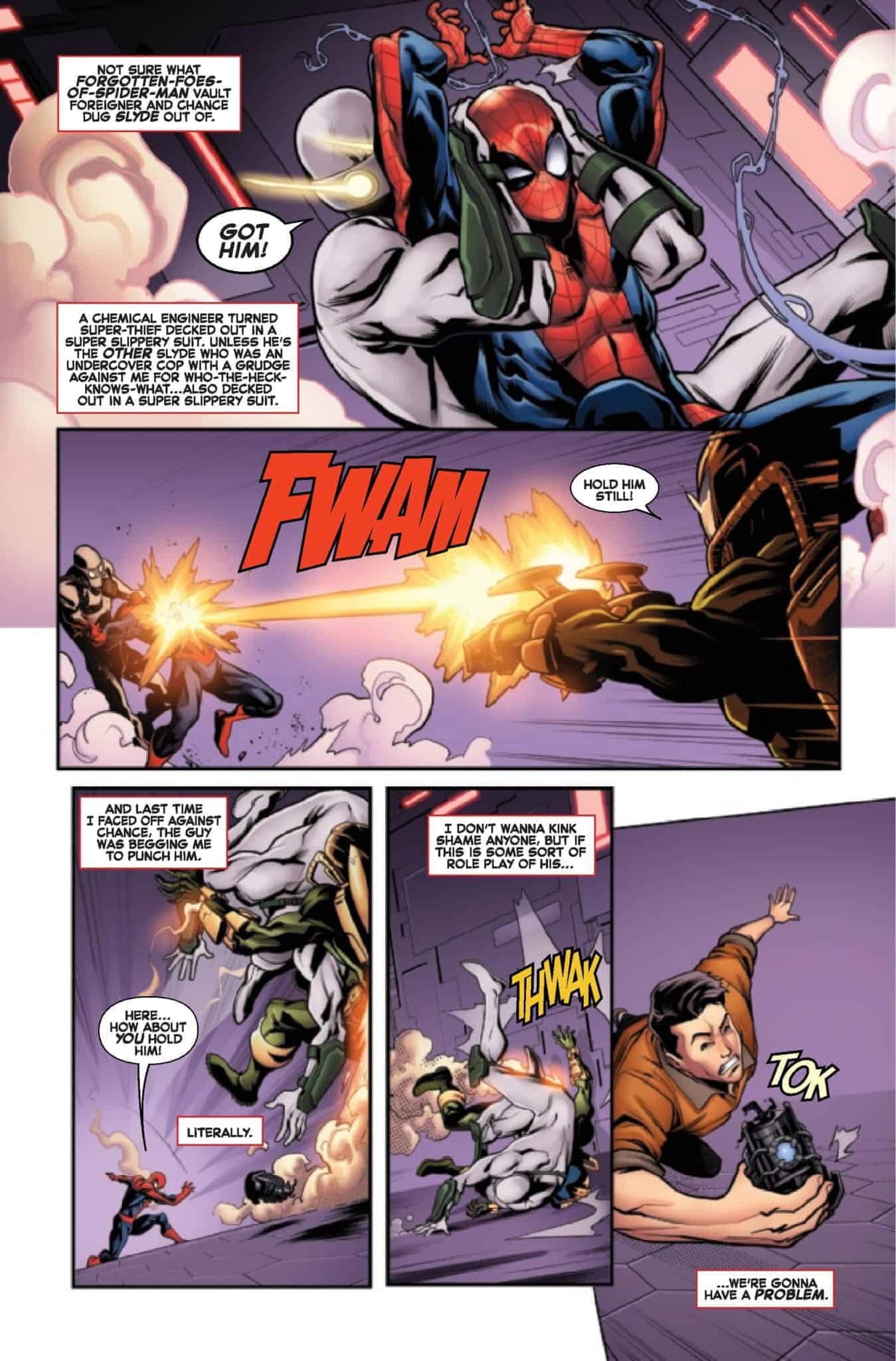 It’s rather a bit of a drag that I didn’t enjoy this issue as much as I expected to. Spencer has so many of my favorite elements of the Spider-Man mythos here: the Chameleon, one of my favorite under-appreciated villain, the Foreigner, CHASE, CHASE, CHASE!!!!!! Ned & Betty, Slyde, and many Jack O’Lanterns (a DeFalco golden oldie), but it’s just not working for me. We still don’t know why Teresa’s here, or why Spencer resurrected the Finisher. I know, the story’s not finished, but she’s done absolutely nothing in this arc, and it’s frustrating. Nor has the Chameleon, for that matter. 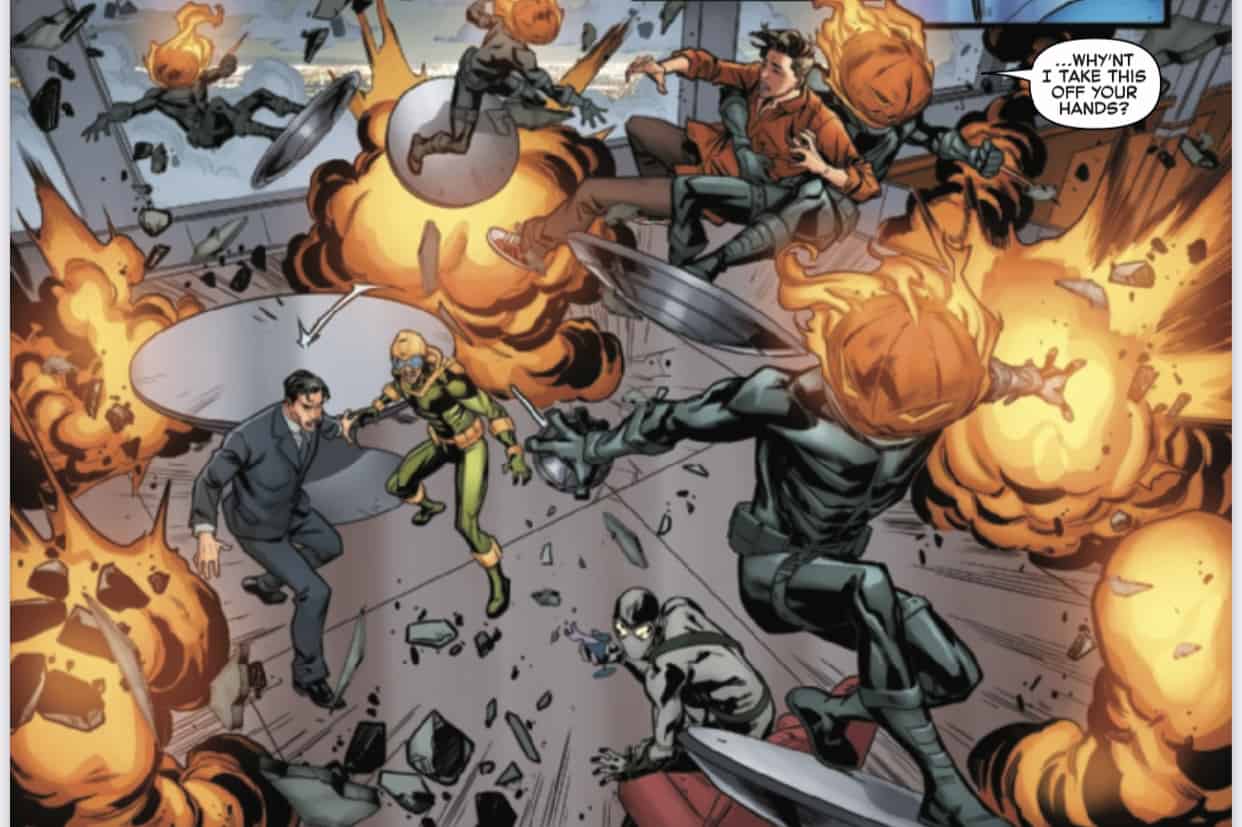 Part of the problem seems to be the three issues and a Giant Sized special storyline format he’s been using lately, and it’s very evident with this issue. Hopefully he’ll be able to get things back on track before his run ends, because I’ve been enjoying his run for the most part, but a weak ending can sometimes make or break a creator’s legacy with a character.

The crew of artists put out some decent, yet lackluster art with this issue. Maybe because the issue is all over the place, and the flow with the various subplots from artist to artist was a huge factor in the disjointedness. The characters all look like themselves, yet they’re missing that certain something that should be there. The scheduling certainly has let this team down, and this arc deserves better.

This issue is full of so many things that I should love in a Spider-Man story, but the lack of clarity and cohesion with this issue drags it down. There’s one more chapter coming, so I’m holding out hope that Spencer, Brisson, and the rest of the team will be able to give us that final punch to make this storyline a win for the fans.

Amazing Spider-Man #69: LOOK OVER THERE!