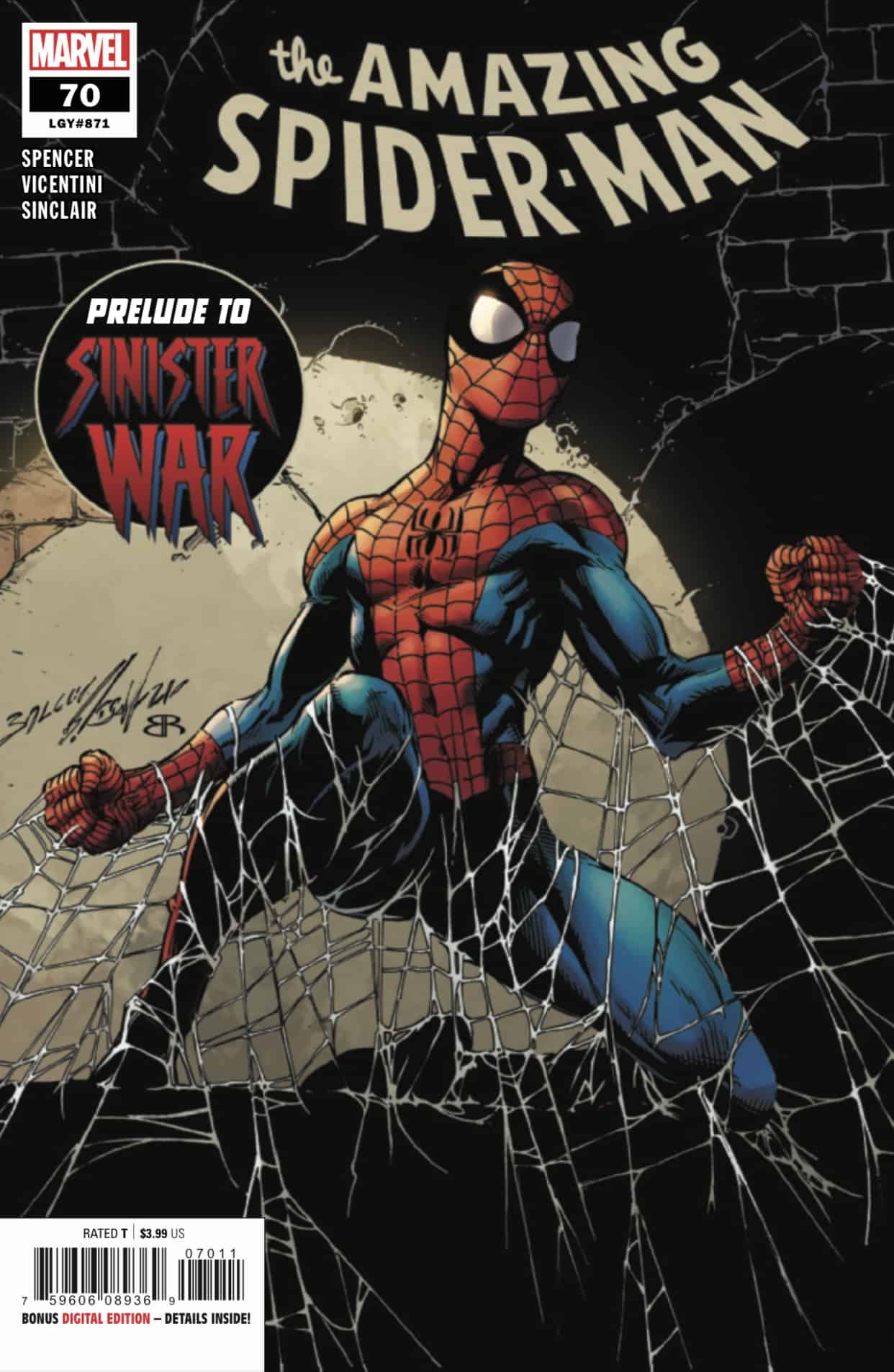 SINISTER WAR PRELUDE!
The Sinister War turns Spidey's life upside-down, but the fact that KING'S RANSOM and CHAMELEON CONSPIRACY already did that, might give you an idea of how hard this is going to be for Peter Parker.

Here it is: the last issue before “Sinister War” begins, and Nick Spencer & Frederico Vicentini put all the dominos in place. Kindred is set to unleash the newly formed Sinister Six with its final member, and there’s a couple curve balls thrown at you in this issue, specifically with the last two additions. ASM #70 is a major exposition dump, laying the groundwork for the upcoming epic that is the swan song of Spencer’s years-long epic. The writer is tying up his lingering subplots, including Kindred, the other Harry, where Carlie’s been taken, the final members of Doc Ock’s Sinister Six, Boomerang, and the Syndicate, plus lots more. 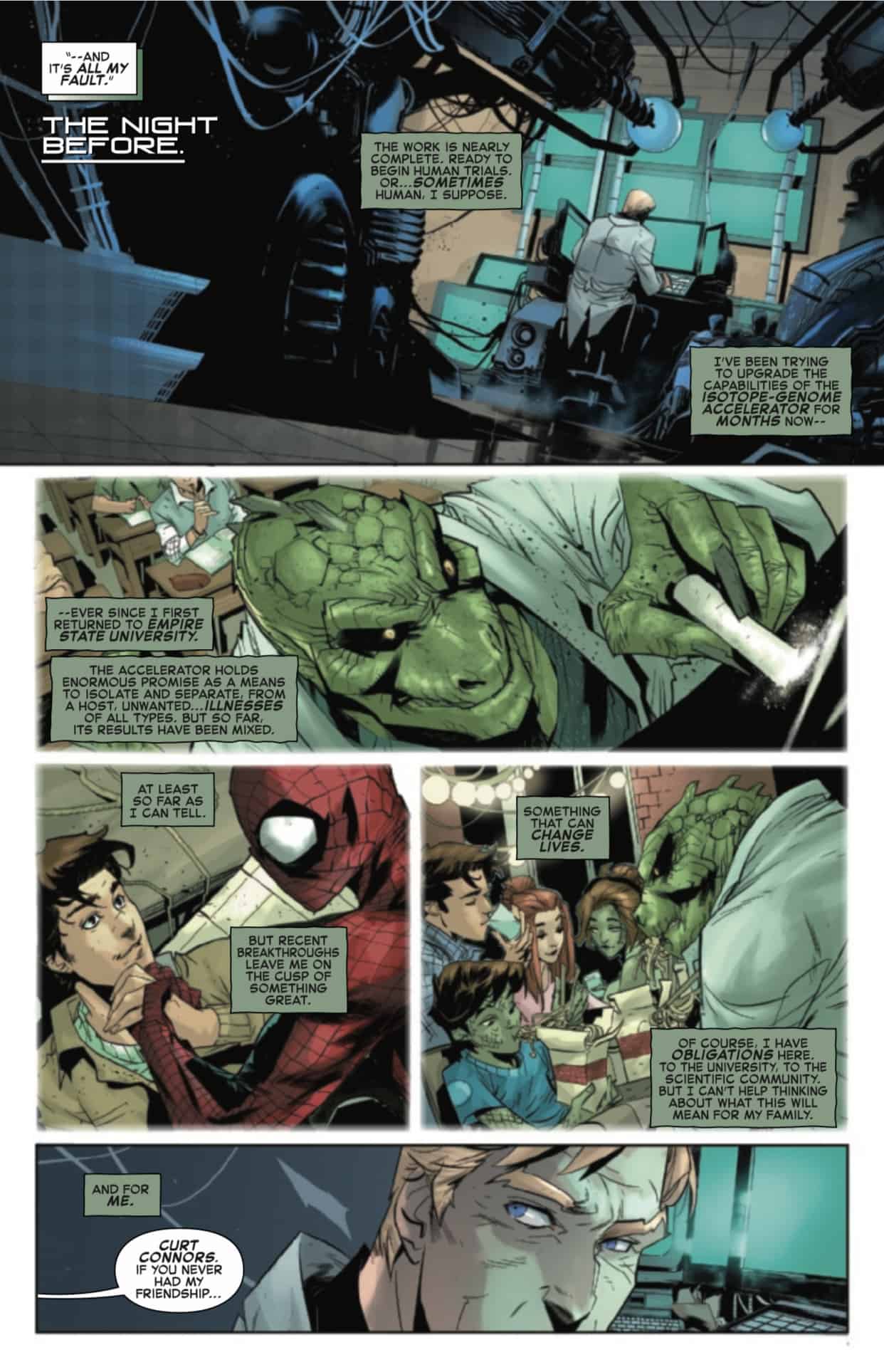 Spencer’s run has had its ups and downs, but I’ve enjoyed it for the most part. Several things, like the Kindred arc, have gone on for far too long, so knowing we’ll be getting the answers to this in the next few issues is a major relief. Another additional positive is seeing the reformation of the Sinister Six, as well as seeing so many other Spidey rogues who have been associated with one form of the Sinister brand at some point in the nearly sixty years of its history. The Sinister Six is a group that has a long history, despite only being an actual group in a handful of stories. I wonder if we’ll see them, or an iteration of the group, at all in the upcoming Beyond era. 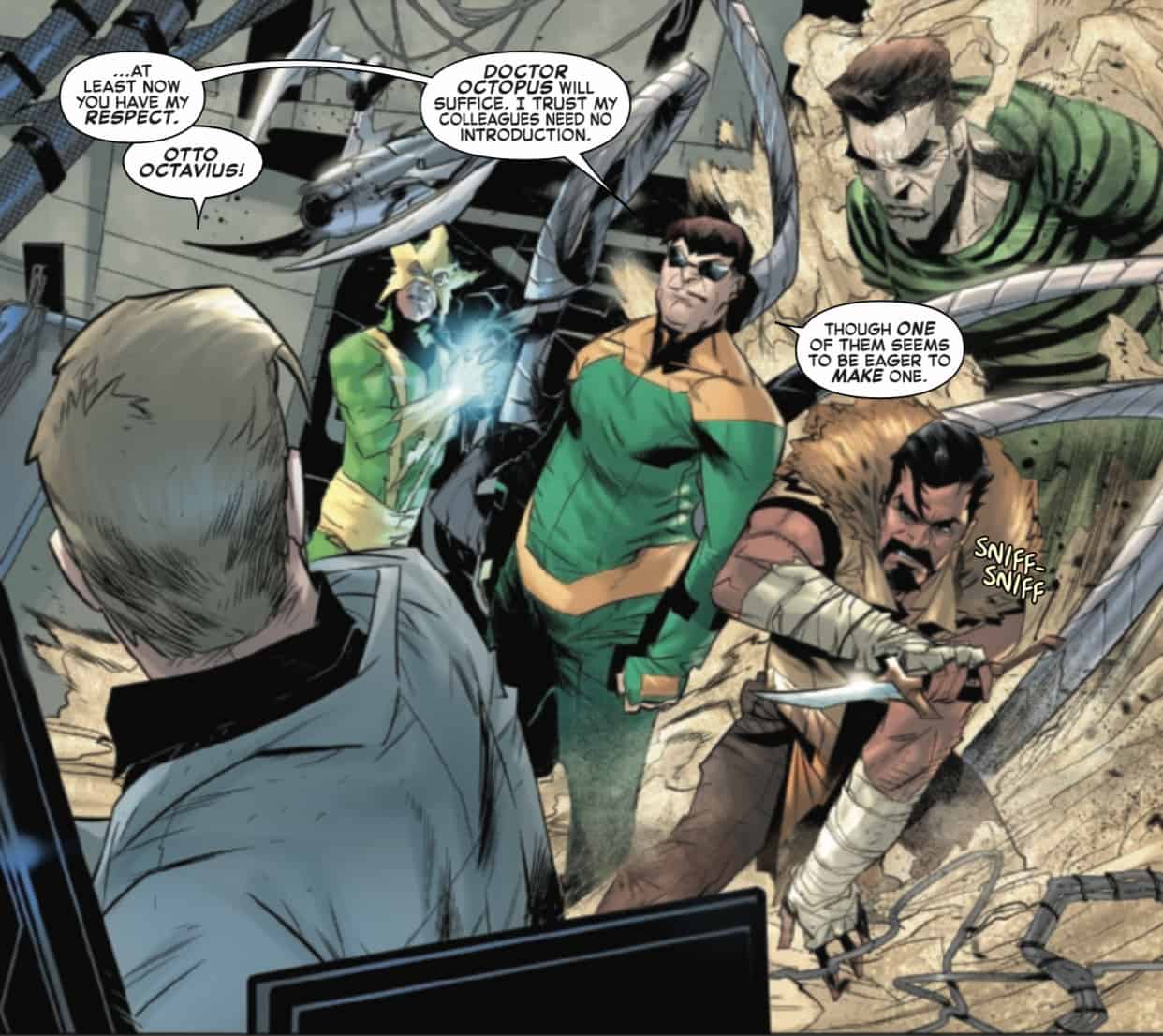 Seeing Ock back in his original form is both something I’m happy for, as well as disappointed with. I’m happy, because putting Ock into a cloned body of Peter stripped a lot of what makes Doc Ock himself. I’m unhappy because we get very little Doc Ock here, and he should be much more… himself. If you’ve been reading Spidey for awhile, like I have, you can see the parallels between this story and the Michelinie/Larsen story from the early ’90s, where we see an Ock in a white suit who wrangles in all of these very dominant personalities into reforming the Sinister Six, and that’s lacking here. Yes, I know Ock is a pawn of Kindred, but even if he were a pawn, we’d still be getting some of that old Ock here. Someone who plans on double crossing Kinny, regardless of the power he holds over him. It’s just in his nature. 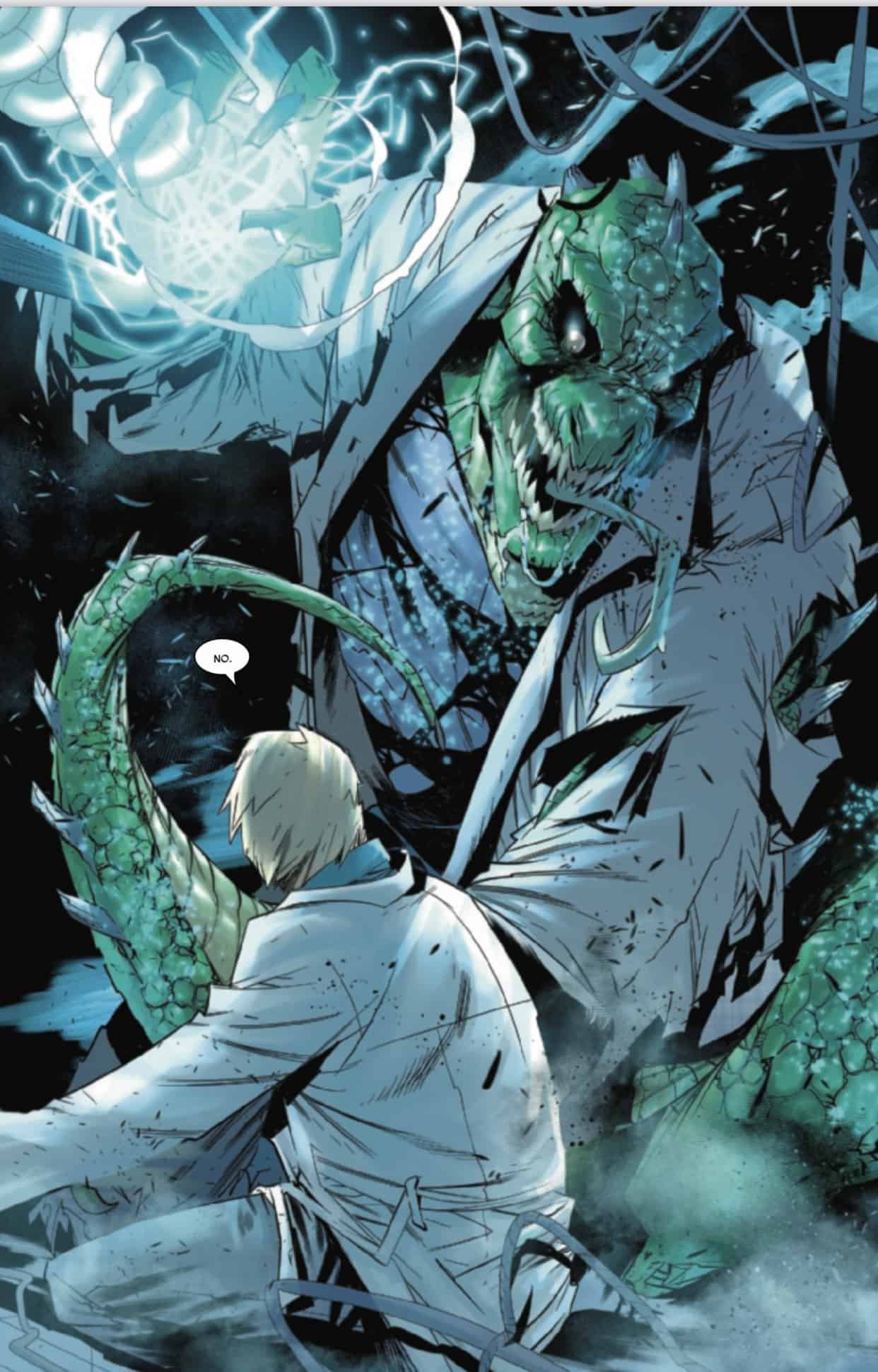 If you’re looking for action, this isn’t the issue you’re looking for. Vicentini’s art is kinetic, and full of motion, which would be perfect for any issue of Spider-Man, but with an issue like this, where it’s loaded with exposition and set up for the epic to come, it’s more of a bane than boon. It’s not a bad looking book at all, it just doesn’t mesh with the plot here. I’m also disappointed with the lack of Ned Leeds follow up, but with 8 issues left, hopefully this is something we’ll see finished before the next era begins, and the creators just skip it all together.

It’s a slow start to the end of an era. Nick Spencer spends the issue putting so many pieces into play into the upcoming Sinister War, that the chessboard is full on every square. Unfortunately there’s too much set up here, and while we know that the odds are going to be huge, you don’t get the sense of that from reading the issue. Hopefully Spencer can pull this off, because it’d be a huge disappointment to see this impressive run end on a whimper.