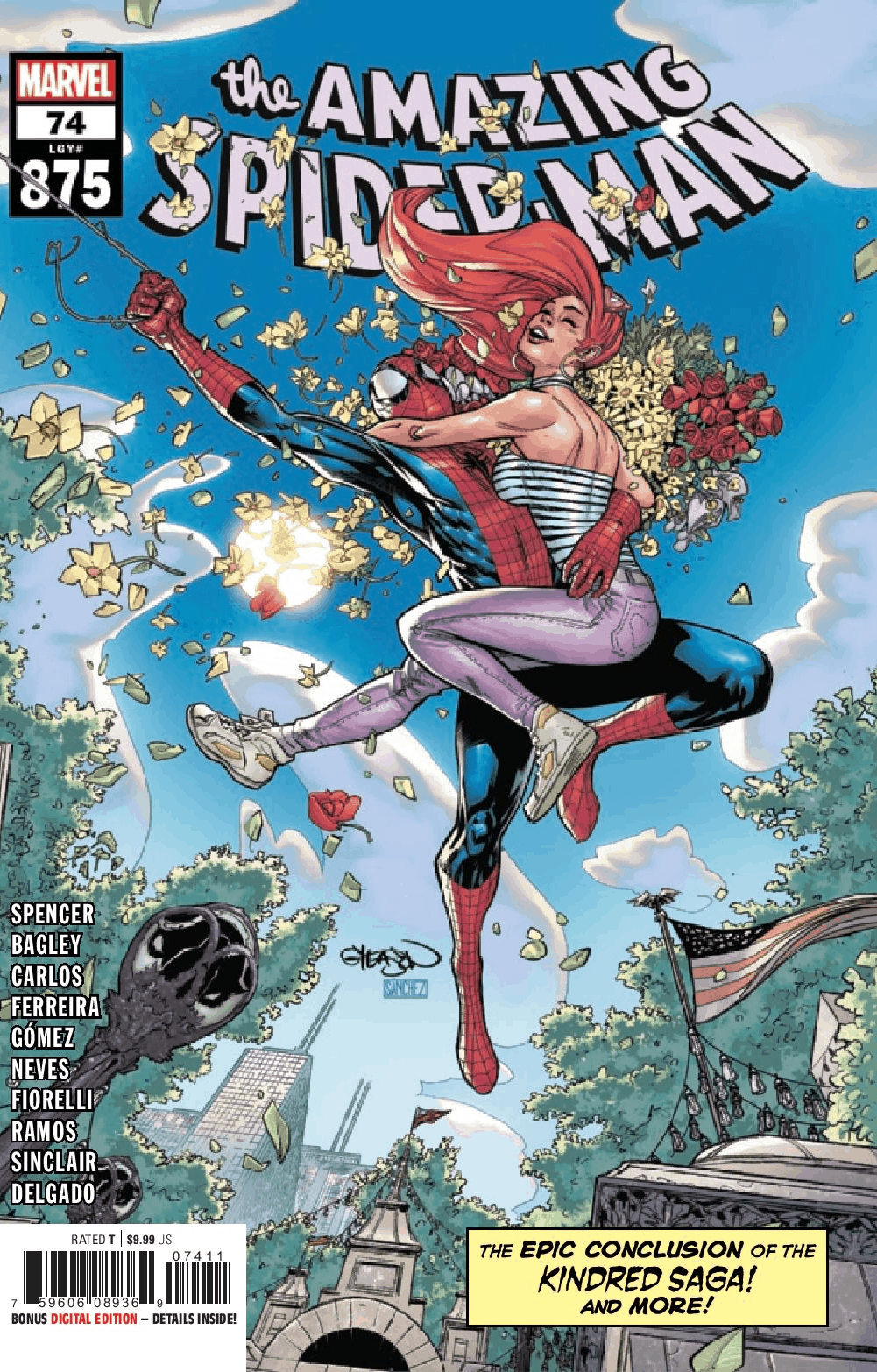 The mystery villain Kindred has been a thorn in Spider-Man's side for quite a while. Recently he sent over 30 of Spidey's greatest villains against him...at one time! Now, it's come down to the final battle.

I really think that the seeds for this story were planted waaaay back in author Nick Spencer’s first issue of this book. What better way to complete a successful Spider-Man run than to throw almost everyone he’s ever fought at him at one time, clear up some stuff from the Spider-Man mythos that everyone hates, and then, like George Costanza, leave on a high note? The main villains in this are the right ones for this story, in fact, I would argue that it HAD to be these particular villains because they’re the most important ones in Spider-Man’s almost 60-year history. There is a lot to digest during this issue, it’s one that you’re going to need to read more than twice, just to catch every little thing coauthors Nick Spencer and Christos Gage cram into this story. If you’re a Spider-Man fan, this is your love letter. This is your payoff for years of loyalty to the character and sticking with him through the good, the bad, and Straczynski. It’s by no means an ending, but it’s the ending of an era for our friendly, neighborhood hero. It’s also a beginning. A new start of a fresh take. A change in the status quo. What’s more exciting than that? 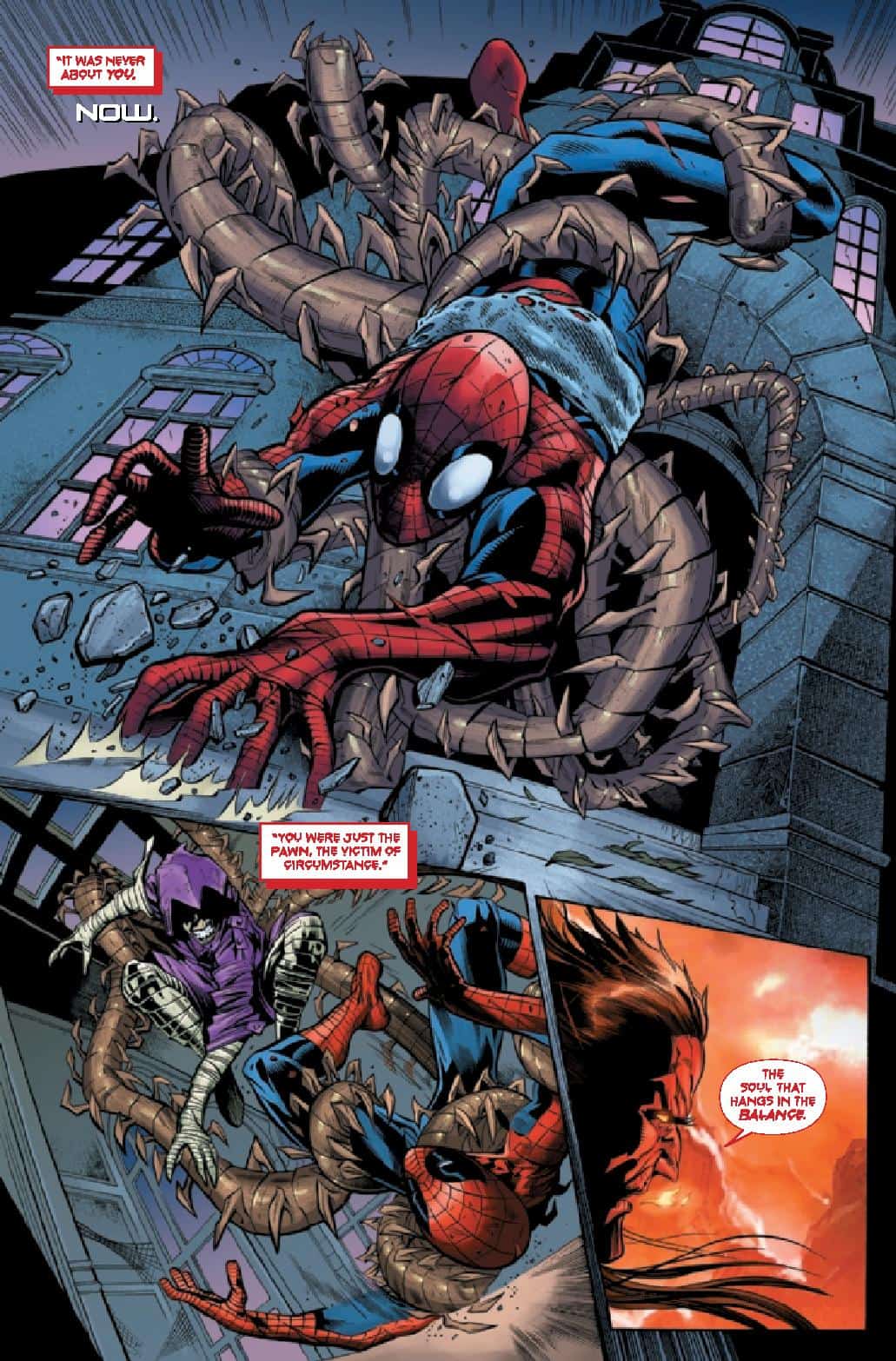 The artist line-up for this issue is (no pun intended) AMAZING. From fan-favorites to new faces, everybody’s here. Marcelo Ferreira, Carlos Gomez, Mark Bagley, Ze Carlos, Dio Neves, Ivan Fiorelli, and Humberto Ramos all show up and show out!! A great-looking book that artistically tells as good a story as the writing does, and then some. A lot if times in “jam books” like this, you get too much of some, not enough of others, but this issues’ balance is perfect, You get just the right amount of everybody.

One of my favorite Spider-Man issues in recent memory. You get a long-promised ending and a brand-new beginning and best of all, a lot of questions answered.