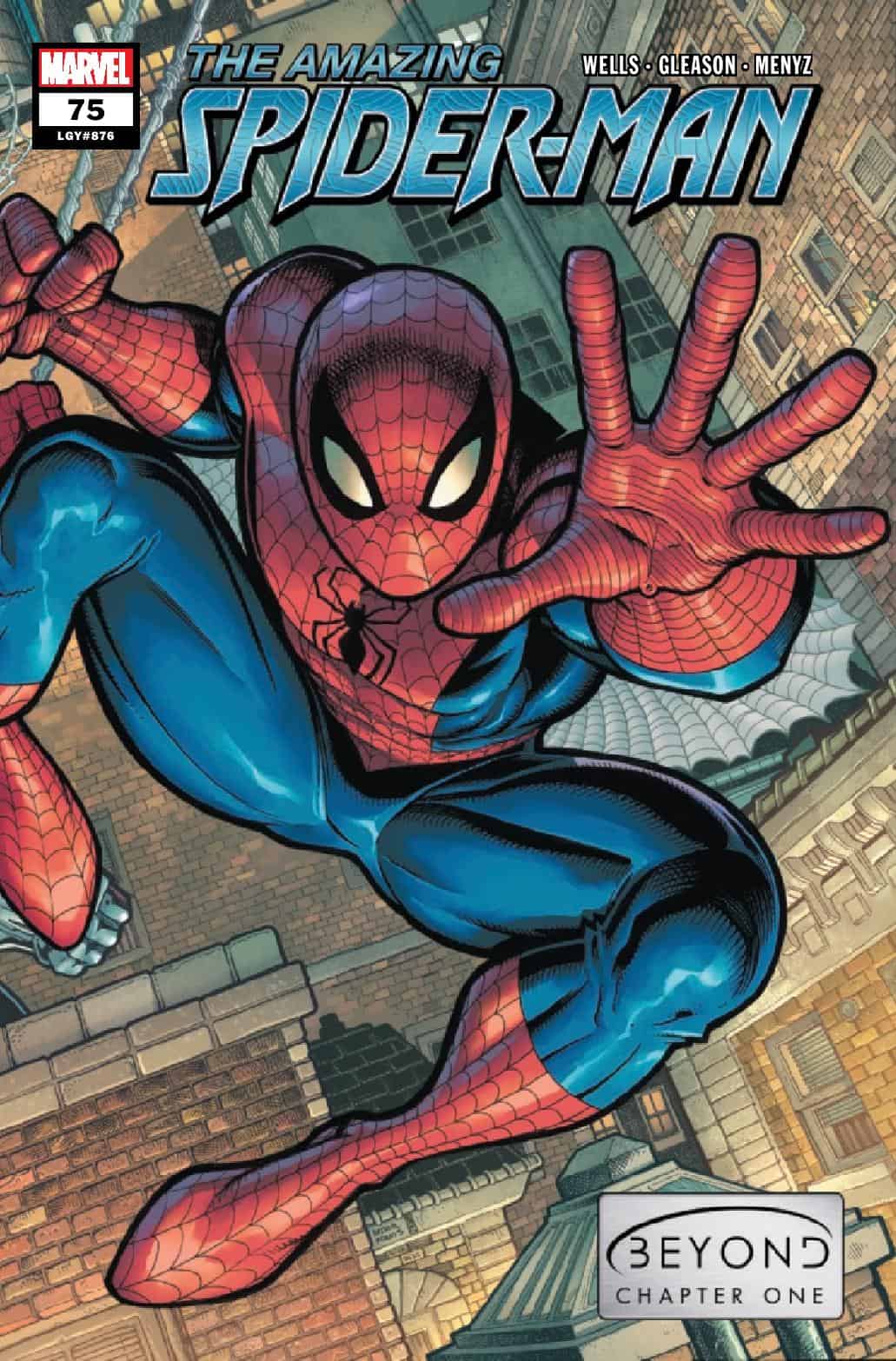 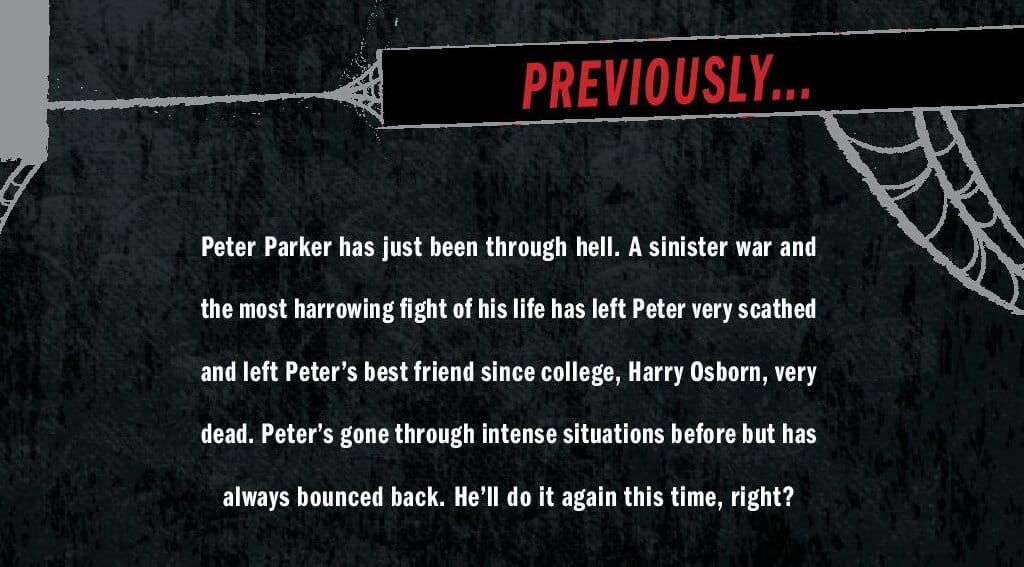 Wow. This issue might just be the most polarizing issue of Spider-Man that has even been published in the characters almost sixty years of existence. I mean, seriously. I’m getting ahead of myself, though. For the next six months, this book is going to be a team effort, more so than ever before. With a team of top-flight artists and writers, this book is a huge collaboration between everybody involved. This kick-off issue starts with author Zeb Wells, bringing the smoke now more than ever into Peter Parker’s world. Through an “I can’t believe no one ever thought of that!” thread that was left hanging back in the Dan Slott era, Spidey (not Peter Parker) has a big problem. One that’s not gonna be solved by new web fluid and a special spider-tracer. No, there’s really no way to prepare yourself for a surprise attack by the US Patent & Trademark Office.  Needless to say, the status quo is not only changed in this issue, it’s demolished, blown up, and taken out to the woods and toe tagged. What’s set up is a brand-new, totally opposite world for Spider-Man and a mostly all-new supporting cast. Sometimes when something brand new makes its debut from a trusted brand it doesn’t do that well (McPizza, New Coke, Colgate Lasagna) and sometimes it takes off like it has a rocket strapped to its back (Dollar Shave Club, Cherry Coke, the Chocolate Twinkee). I honestly can’t tell which this is gonna be, but one thing it will be is talked about. I myself, really like where this story seems to be going, I like change, and this is a big change. This is a story that’s tightly written but has a weird quality to it where it seems a lot of things can go different ways. I will definitely be following this one closely. 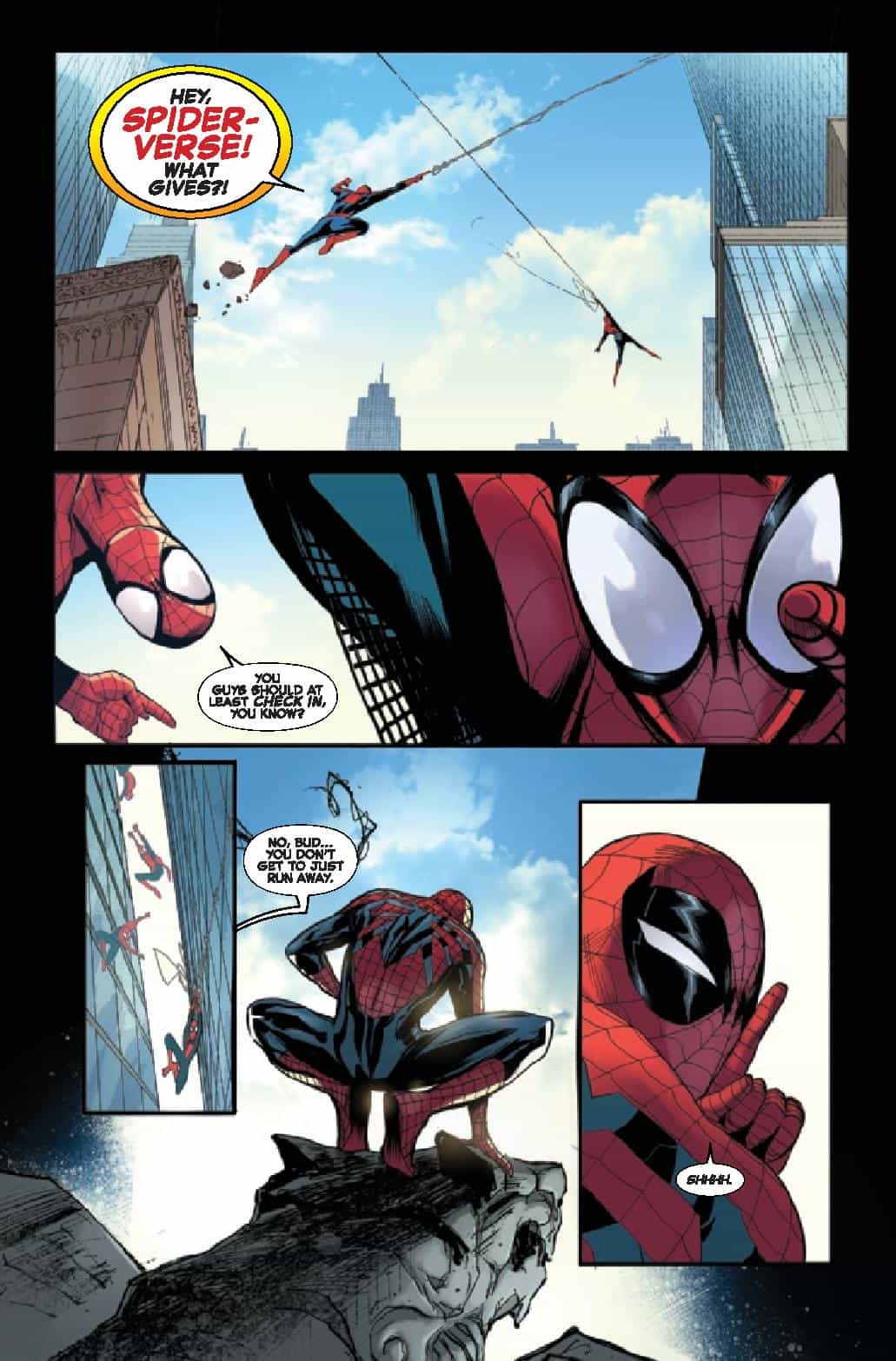 Artist Patrick Gleason is very underrated. Yes, his name’s been on almost every major comic title that exists in this industry. Yet, for my money, he still doesn’t get enough credit. I think his work on this title might just change that. He’s a master storyteller when it comes to the page and it’s never more obvious than in this issue. There’s a lot of emotion conveyed (a good percentage of it is behind a mask) here, and it’s done with a very special talent where the art does the work, so the reader doesn’t have to. We automatically know what a character’s thinking or feeling, we don’t have to even read the dialogue. There’s also a TON of new stuff that’s bold, unique, and cutting-edge, yet it fits perfectly into the Spider-Man world. This is a real treat to look at, and a bold start to a brand new era.

While highly entertaining, the book executes the main purpose of every comic. It gets the reader to stick and stay. After only one issue, you're sure to add this one to your pull list. You won't have to give it the standard "three-issue test", the and story and art are gonna hook you in right away.