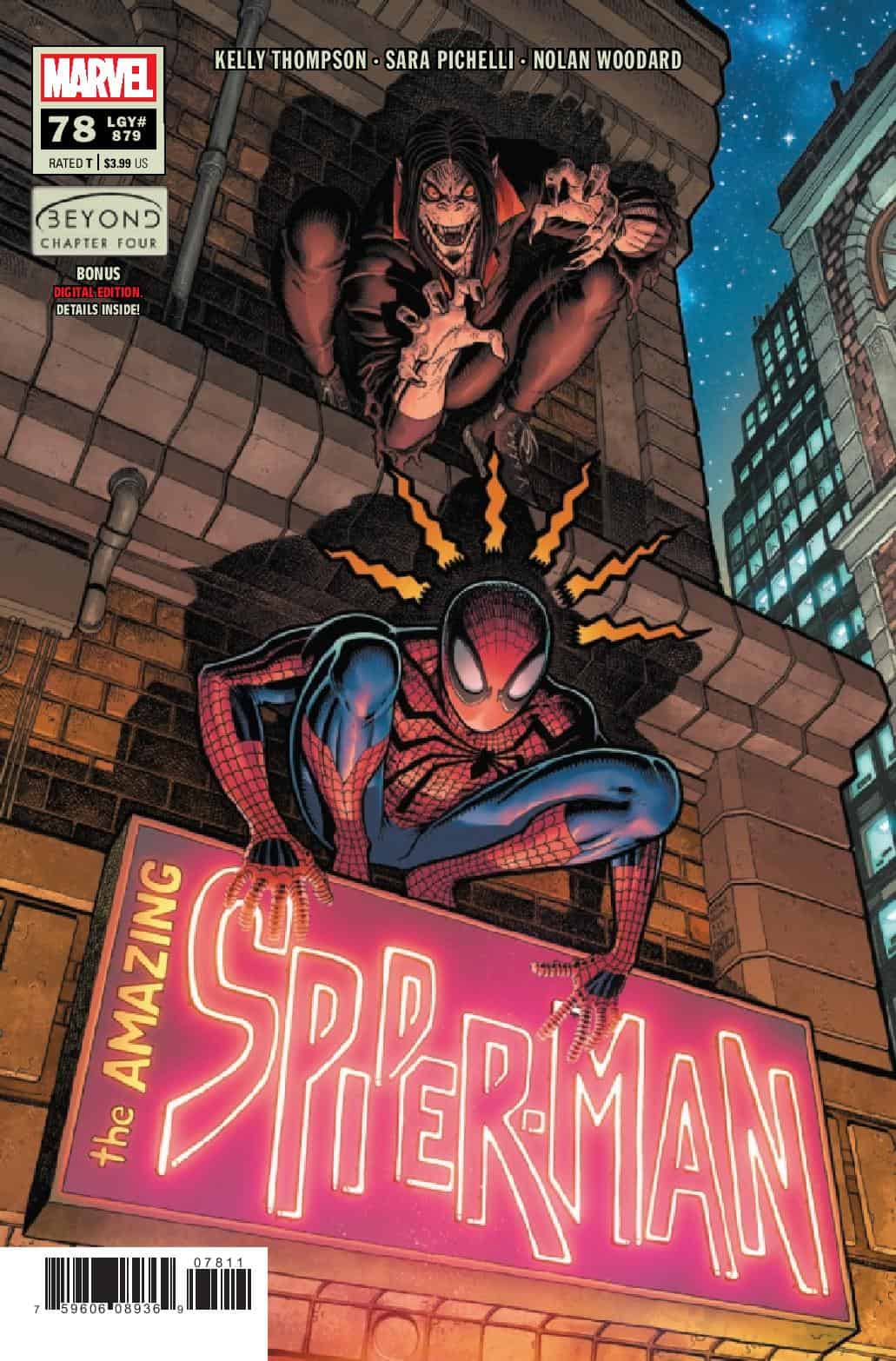 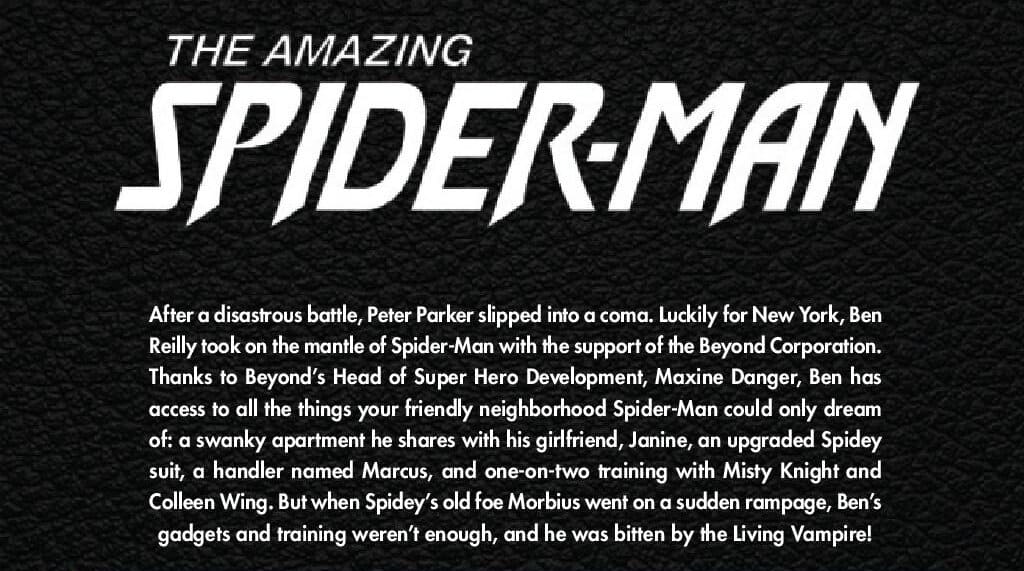 Whew! This issue is PACKED!!! Soooo much going on and maybe I’m seeing stuff, but I think I caught a little bit of a hint of something that’s gonna play out in the future, and it could be wicked interesting. This issue Ben’s in hot water due to the fact that he’s been bitten by Moebius (he’s also seen the Moebius movie trailer but wasn’t that impressed), you’ve got the Beyond corporation trying to save his life, while Ben’s apartment is trying to fight Moebius, a kind of showdown between MJ and the Black Cat over Peter, while Peter lies motionless in a coma in the hospital. I’m not mentioning any more particulars because I’ve already said way more than I should! I WILL say that I’m continued to be impressed with the “community creative team on this book. This issue’s author Kelly Thompson has got everything spot-on, all the “voices” of the characters are the same despite several different authors, the story is leading you in a place what only the people that have written it knows where it is, and this is definitely a planned, thought-out, crafted story that is fleshed out but then has had all it’s fat trimmed, No ambling in this title! Thompson is a pro and shows it in this issue. It’s got everything that’s going to make you stick and stay on this title. 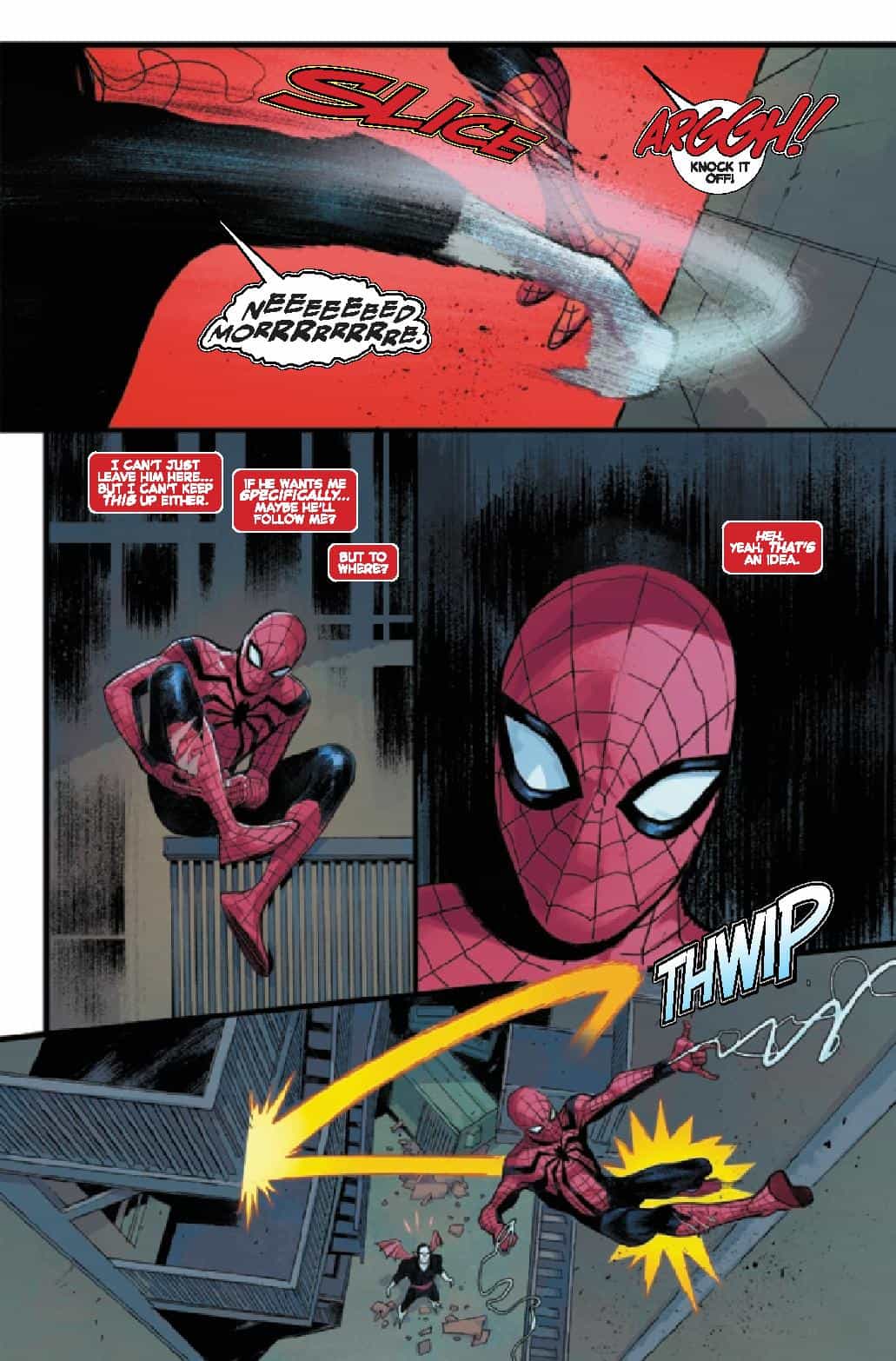 Let’s talk about artist Sarah Pichelli with Jim Towe. You first. Okay, so that didn’t work, but the art definitely does work in this issue. Pichelli and Towe have a distinctively softer touch than the other artists working on Amazing right now, at first it’s a bit of a shock but that only lasts about a whole two pages and by then you’re totally immersed in the world that they bring to the page. The art, at times, is very stunning. It really brings the emotion out of the characters and transfers directly to the reader. Take your time with this one, make sure you look at all the pretty pictures.

There was a 90% chance that I was going to like this new direction for Spider-Man, but if you would've told me that I'd like it this much, I never would've believed you. This issue keeps the train rolling with more top=flight storytelling and art. A new take on an old story.