Amazing Spider-Man #79: What A Fool Believes 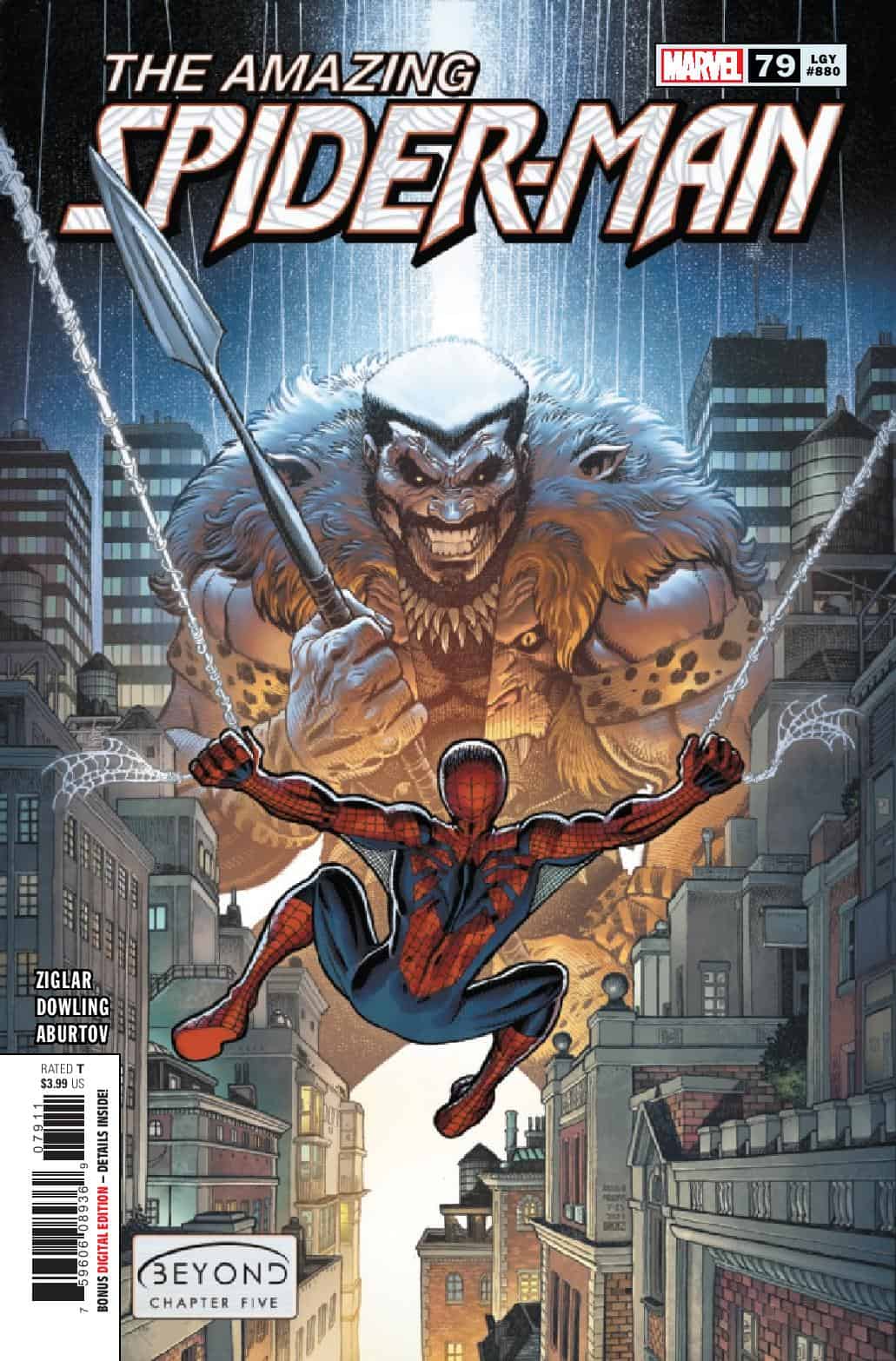 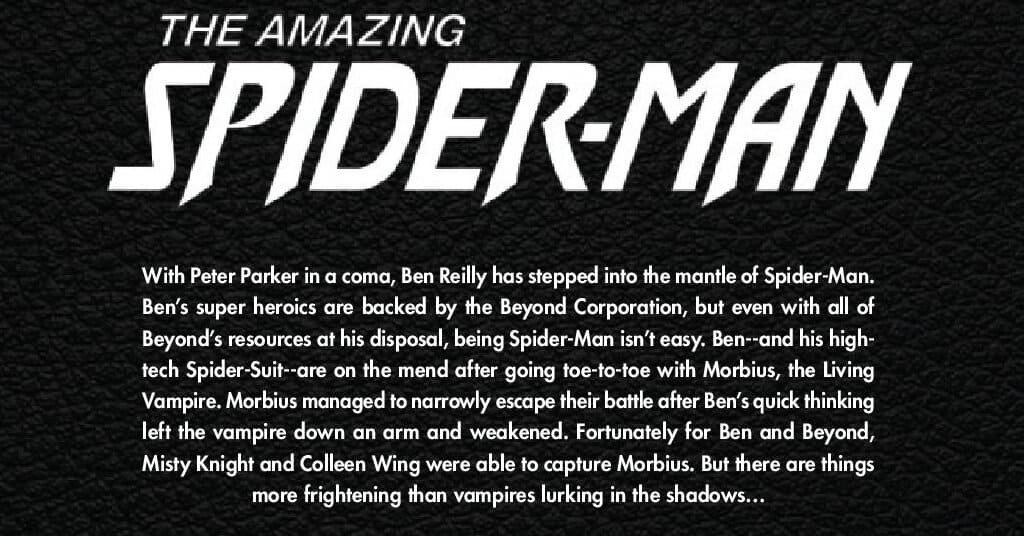 Well, this review is gonna be easy. This comic book is the single comic book ever made in the history of history, and there will never be another one produced that even comes close to being as good as this is. Why? The answer is simple. Author Cody Ziglar manages to incorporate one of the top 5 Yacht Rock songs of all time, the Doobie Brothers’ “What A Fool Believes” into the comic. We finally have a bonafide Yacht Rock Comic. Buy a few copies, this one is gonna blow up on the spectators market. Aside from that, it’s really a very solid, entertaining, comic. You’re tired of hearing me say this, but every week this “roundtable writers room” thing surprises me as to how well it works. It’s amazing how well they all understand the characters in this book, both new and old. Ben and the Beyond corporation don’t exactly get along all the time, and Ziglar reminds us of the fact that Ben is pretty much smarter than every single person who works there and  Ben proves that point in this very issue. Another thing that I love about this issue is that Ben’s personality is noticeably different when he puts on the Spider-Man mask, and I feel that that’s something that’s been lacking for many years on this title. 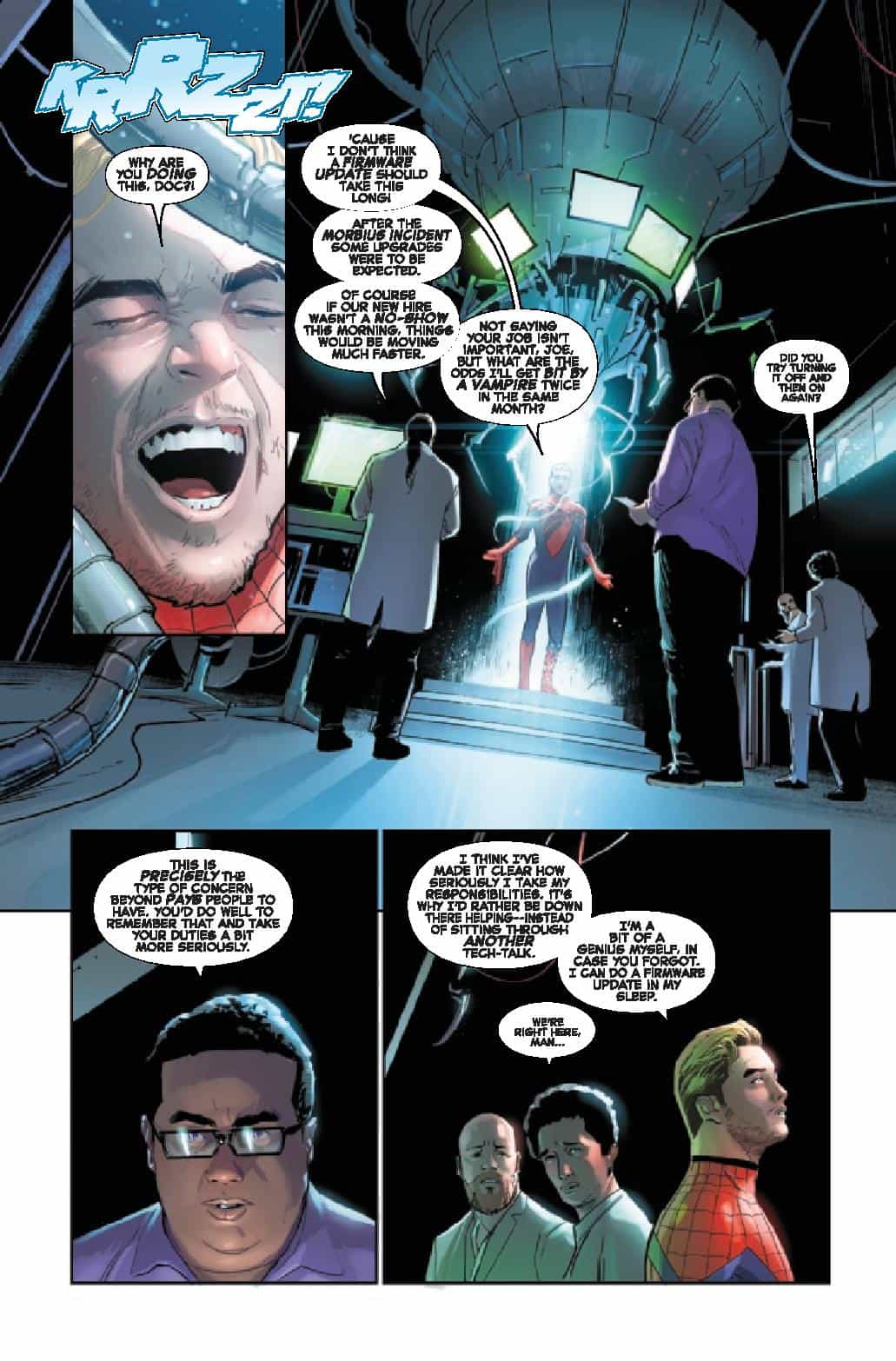 Artist Michael Dowling is not someone whose name comes to mind immediately when I think of a Spider-Man artist, but he really does an excellent job and I’m really looking forward to seeing more from him on this title. He’s got a different style than we’re used to, but he’s a very good artist so he brings a really fresh look to the book, which makes it that much more exciting to read.

Finally, there’s somebody whose work on this book needs to be praised, and for too long has been overlooked. Letterer Joe Carama. I’m not going to mention the fantastic charity work that he does EVERY DAY to benefit the Ronald McDonald House (whoops!), I’m just going to point out that this man has been on this book for a very long time (as well as other books, as well as him writing other books) and each issue lives up to his own high standards. Putting the book out three out of four weeks a month? Doesn’t phase Joe, he keeps right ongoing, never letting his quality slip. Give Joe a follow on the socials and help him raise some money for a worthy cause, and if you’re liking his work on Spider-Man, TELL HIM!!!

A very well-done issue. Seriously, this series just continues to get better. The writing team is really working as a team, and the artists that have been chosen are totally on point. Run out and get this one on Wednesday, that way if the football game on Thanksgiving Day stinks, you'll have something to read!

Amazing Spider-Man #79: What A Fool Believes