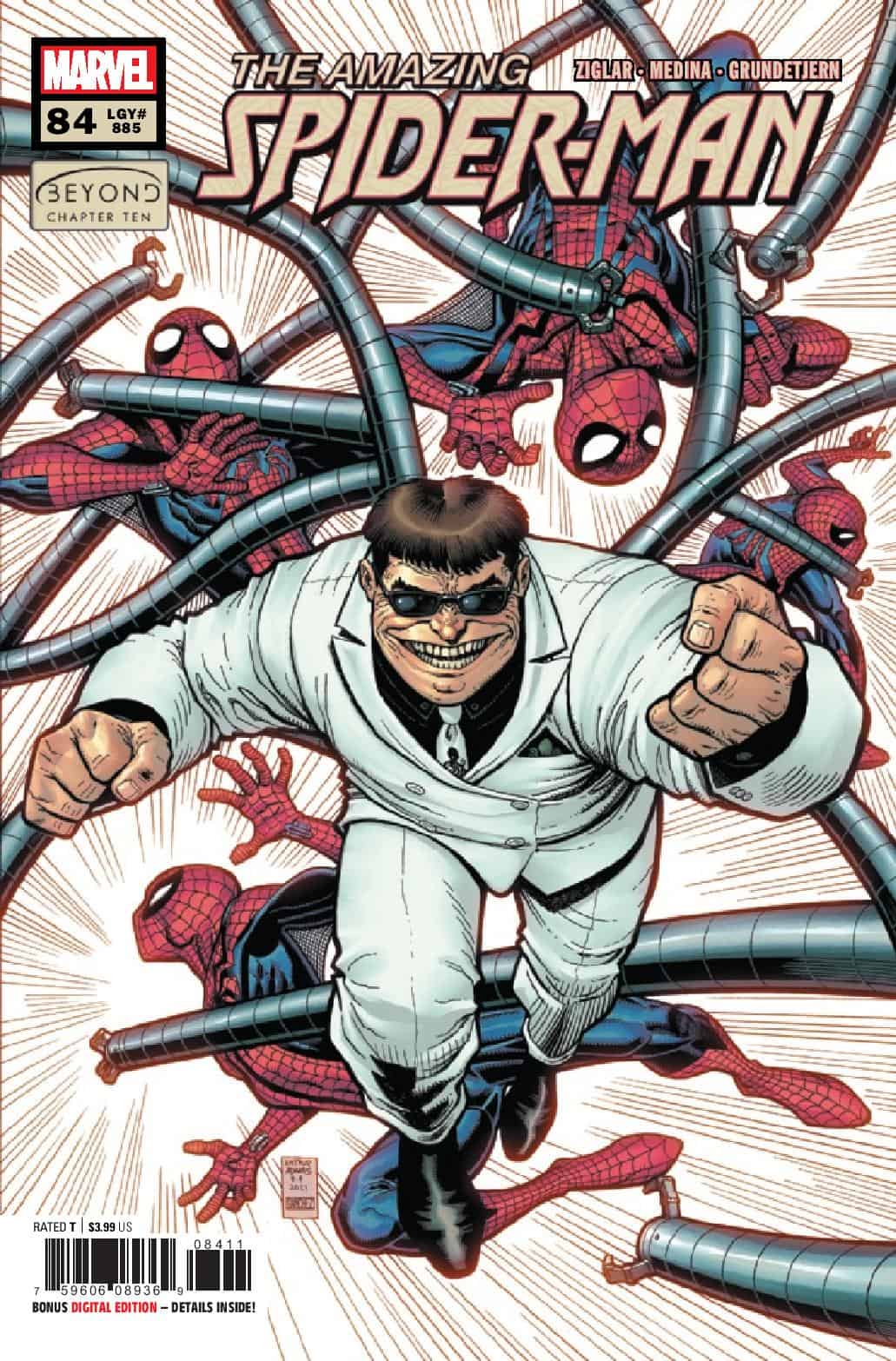 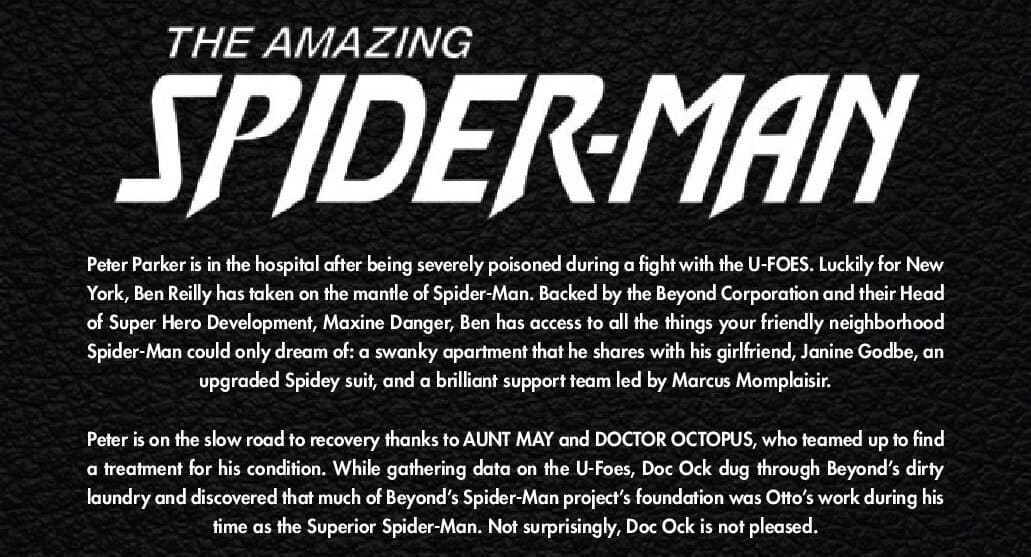 Okay, if the Marvel Universe can have Peter Parker and Miles Morales swinging around heroing, both as Spider-Man, you can’t tell me that they don’/t have room for Ben Reilly Spider-Man as well. Heck, he doesn’t even have to be in NYC. West Coast Spider-Man anybody? I really just think it would be a waste of talent for these creators to stop working on this character. This issue’s author, Cody Ziglar puts a lot of great stuff into this issue. There’s a big plot by Doctor Octopus to take control of the Beyond Corporation, there’s some heavy Ben Reilly character stuff, and there’s page after page of legit humor. Ziglar is not “comic book funny”, he’s “for real funny” and it shows in his story and in his dialogue. He’s also got a real knack for creating a likable, yet unlikeable personality when it comes to villains. You’re not going to be sympathetic for Doc Ock this issue, but you will find him very entertaining. And this is a rare example where the hero of the book is the best part of the book. So many writers save their money-shots for the villains, but Ziglar knows who the main character of the story is, and why he should be the most entertaining. 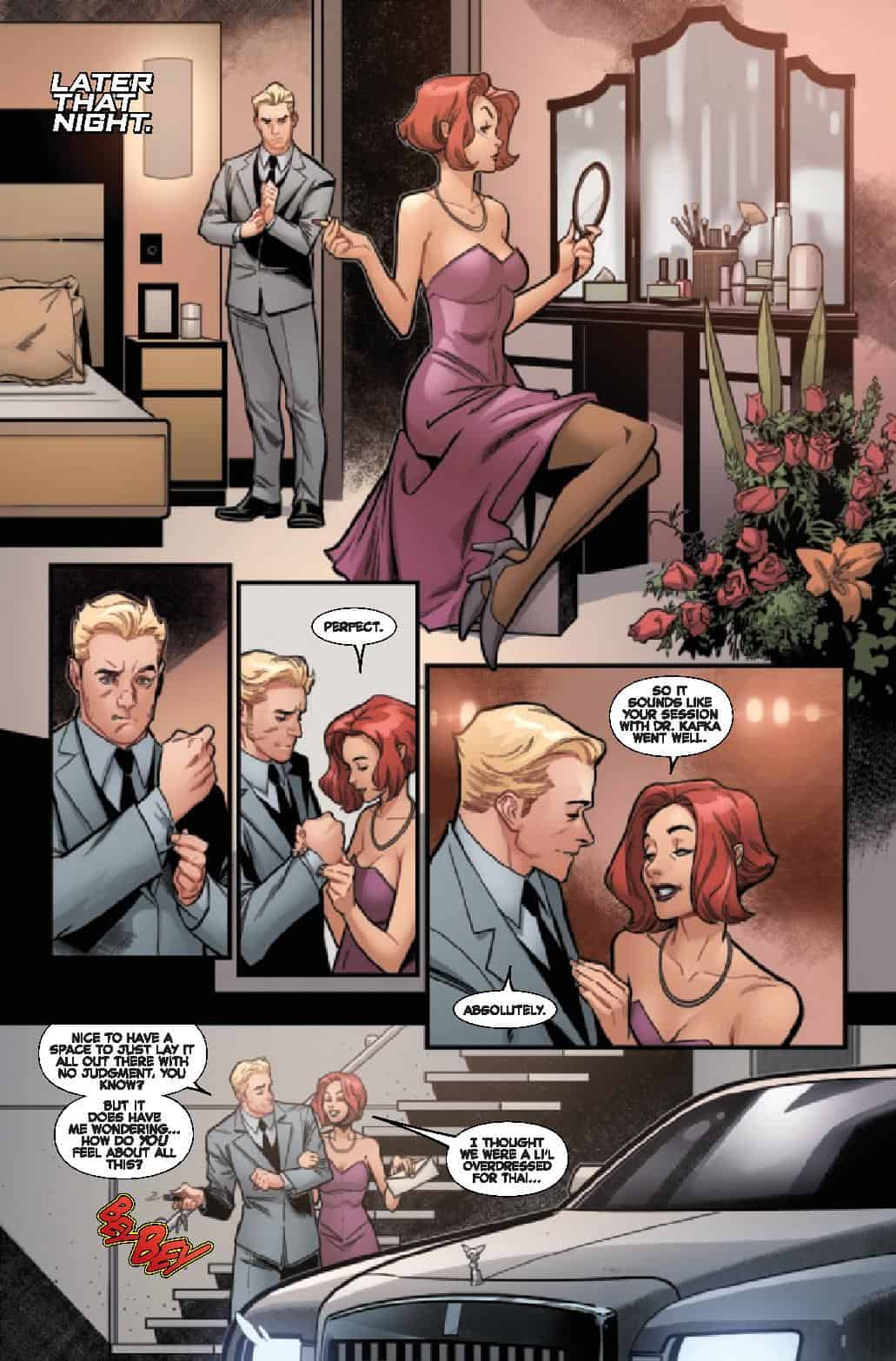 Did somebody say entertaining? Because that would be one of like 3 thousand words I would use to describe Paco Medina’s art this issue. Man, his art has gotten slick! It walks that fine line between comic art and painted art. It’s never out of place being in a Spider-Man comic, yet it’s really next-level stuff. Normally I’m not the biggest fan of double-page spreads, but there are a couple of great ones here and after seeing them, I can’t imagine these pages NOT being double-page spreads. From start to finish, Medina is almost perfect this issue!

I'm so sick and tired of telling you just how great this book is. BUY it!! READ it! Then read it again, because every issue in the Beyond Era is worth multiple reads.