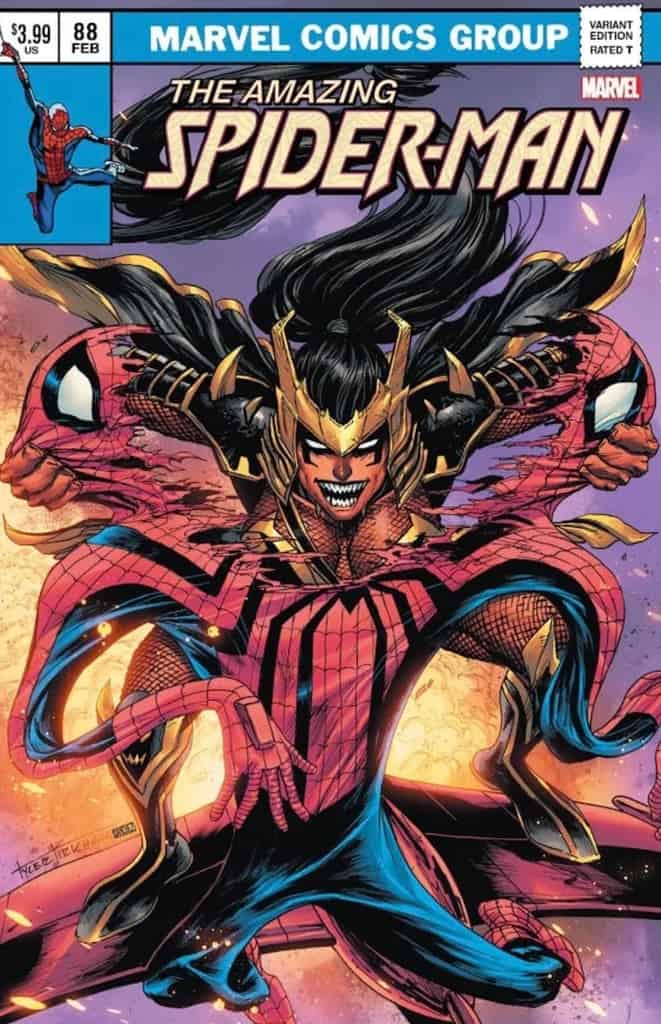 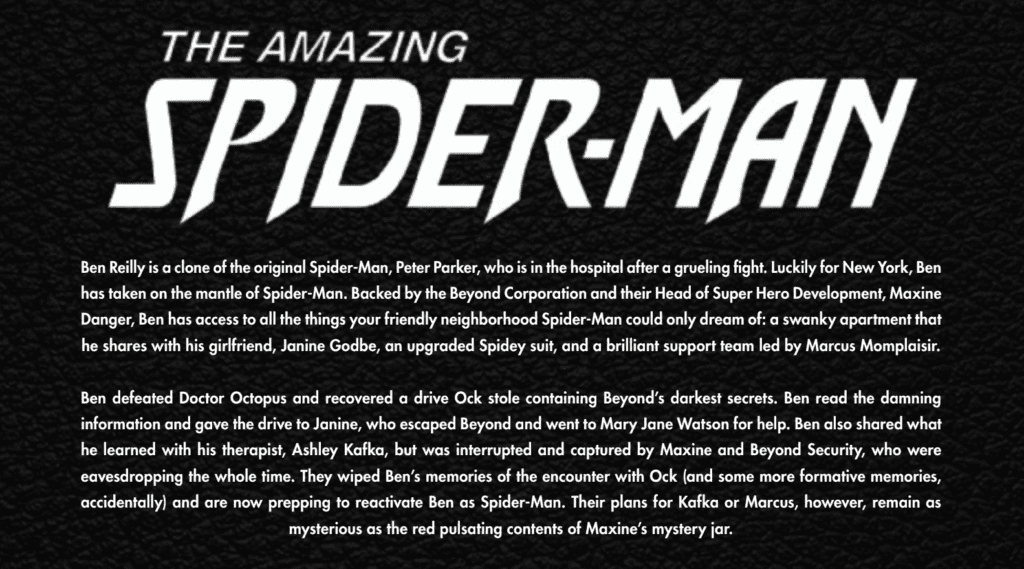 “Beyond” moves toward its final act (or more precisely, the end of its second act) with Amazing Spider-Man #88, and boy, is this issue pure fire. The Beyond Corporation plays its hand at last, and let’s just say, Maxine’s pink hair-having self is even more of a cold-blooded monster than realized. Fortunately, this issue has Zeb Wells at the writing helm, and he’s certainly no stranger to putting heroes through the wringer (see: Hellions).

Wells, recently announced as the post-“Beyond” writing successor to the current Spidey brain trust, proves with this issue that he’s absolutely the man for the job. He doesn’t just write great Spidey – his mastery of zigging when readers are expecting him to zag is unparalleled (which absolutely kept Hellions at the top of the must-read pile for the entirety of its run). So far, “Beyond” has done a great job of keeping up the smoke and mirrors – the biggest question being, why would Ben Reilly work for a company so obviously shady? Recent issues have shed some light on how they preyed on his insecurities to manipulate him, but come on – he may be a clone, but he’s still Peter Parker, genius at his core. So while that particular aspect of “Beyond” hasn’t been one hundred percent effectively sold, it’s worth noting that Wells and company understand that Ben isn’t just Peter with blonde hair. He’s a completely different person with different experiences and insecurities, and that makes him easier prey for the Beyond Corporations of the world to manipulate to their own devices.

The big news this issue, of course, is the first appearance of the so-called Queen Goblin villainess. In keeping with the rich tradition of Spidey tangling with Goblin-themed goobers, QG offers an awesomely-designed gender-flipped riff on an old theme. Bonus: she’s absolutely essential to the “Beyond” arc, not just some flash-in-the-pan new villain never to be heard from again after an auspicious debut that looks cool but ultimately leads nowhere in the long run.

Ben’s in a very different headspace this week, as the weight of Beyond’s manipulations are weighing on him in ways both obvious and not (see this issue’s cliffhanger if you don’t believe me!). Fun-loving, willing-to-look-the-other-way Ben Reilly has left the building. There’s just a smidgen of that old J.M. DeMatteis psycho-darkness creeping around the corners of “Beyond” now, especially with DeMatteis’ go-to shrink Dr. Kafka a major part of the puzzle. Things are very, very swiftly going from questionable to bad to much, much worse with a breakneck pace that is heightened by this story’s weekly schedule. If all twenty chapters of “Beyond” had been spread out over a lengthier schedule, it’s very possible it would have felt impossibly drawn out. But the weekly installments keep it moving at a hyperkinetic (though not overwhelming) pace, leaving the reader thirsty for more ASAP.

Michael Dowling is on the art duties this go-around, and he brings something akin to a Sara Pichelli vibe to the book, especially with Bryan Valenza’s painterly, soft colors. There are multiple panels throughout where Dowling’s linework recedes and blends seamlessly into Valenza’s palette, the mark of a duo who are truly in sync – to a degree that if I hadn’t known differently, I would have just assumed the pencils, inks, and colors were all done by the same person. Dowling and Valenza may not be marquee names yet, but just wait. They’re clearly just getting started. If there’s any drawback to the art, it’s that some panels feel a tad sparse and would feel more impactful with just a bit more detail, particularly in the faces. But overall, that’s a pretty minor nitpick when compared to how outlandishly great the whole darn comic looks. Heck, even seasoned veteran letterer Joe Caramagna’s work is pulled up past its usual high marks to killer new heights.

"Beyond" has been met with trepidation, or even disdain, from old-school Spidey fans because it stars... gasp... the clone (no further clarifier needed). But chapters like Amazing Spider-Man #88 prove why that line of "ok boomer" style thinking is absolutely, utterly wrong. Through Ben Reilly, we're getting a fresh take on Spider-Man, one that has the chops to resonate for years to come.