Amazing Spider-Man #92: If You Get in Trouble and You Don’t Know Right from Wrong 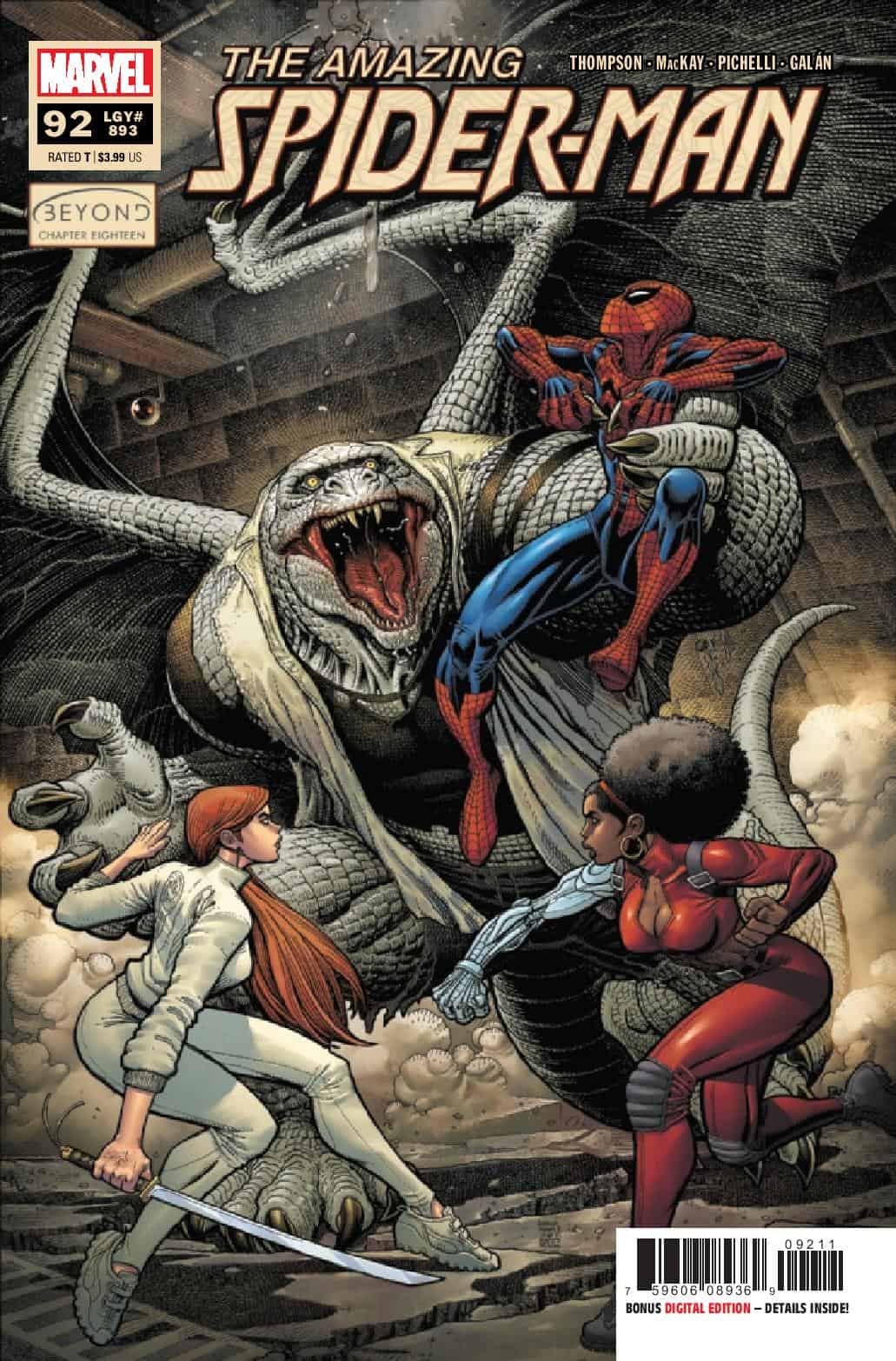 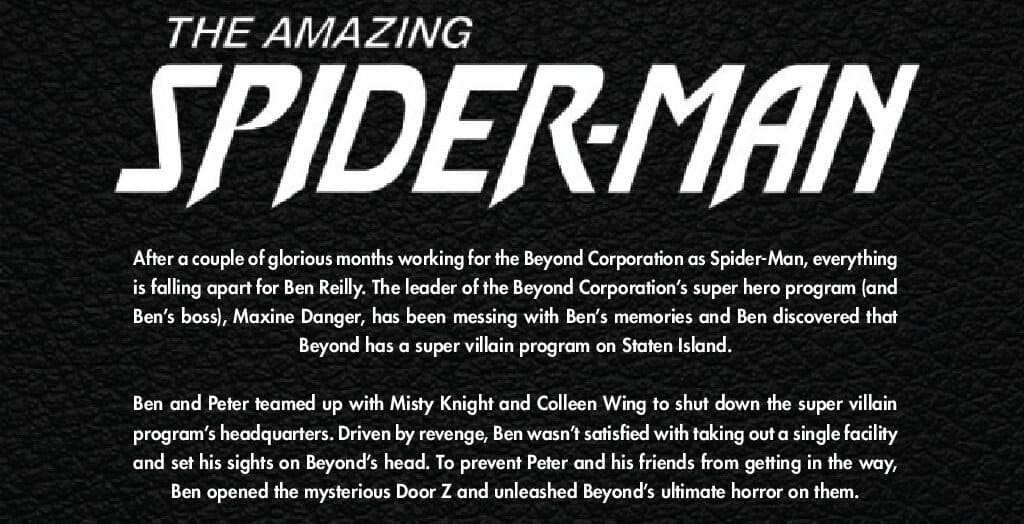 In the past couple of days Ben Reilly’s life has gone, to quote Spaceballs, from suck to blow. He’s had his memories removed, which lead to him having no conscience. And that’s what causes the big problem this issue because he’s not making the best decisions ever. He’s set a “Vampard” or “Lizire” (a vampire/lizard hybrid) after Spidey and the Daughters of the Dragon, and now he’s walking into the Beyond Corporation like a man with a purpose. Authors Kelly Thompson and Jed MacKay put out a pretty great issue this week, it hits on all cylinders, which is important because it’s just two issues until the big finale of the Beyond era (where did the time go?) and from what’s going on currently, this ending is going to be life-altering for someone, we’re just unsure of who and that’s what makes this issue so enjoyable. There’s a real sense of chaos, who’s gonna win, who’s gonna lose, is anybody gonna make it out alive? Also, this issue is super jam-packed with action, and that’s great considering that there’s so much story to be told in these final issues, but MacKay and Thompson manage to tell a huge amount with the action, and honestly, that’s why we all love superhero comics, right? 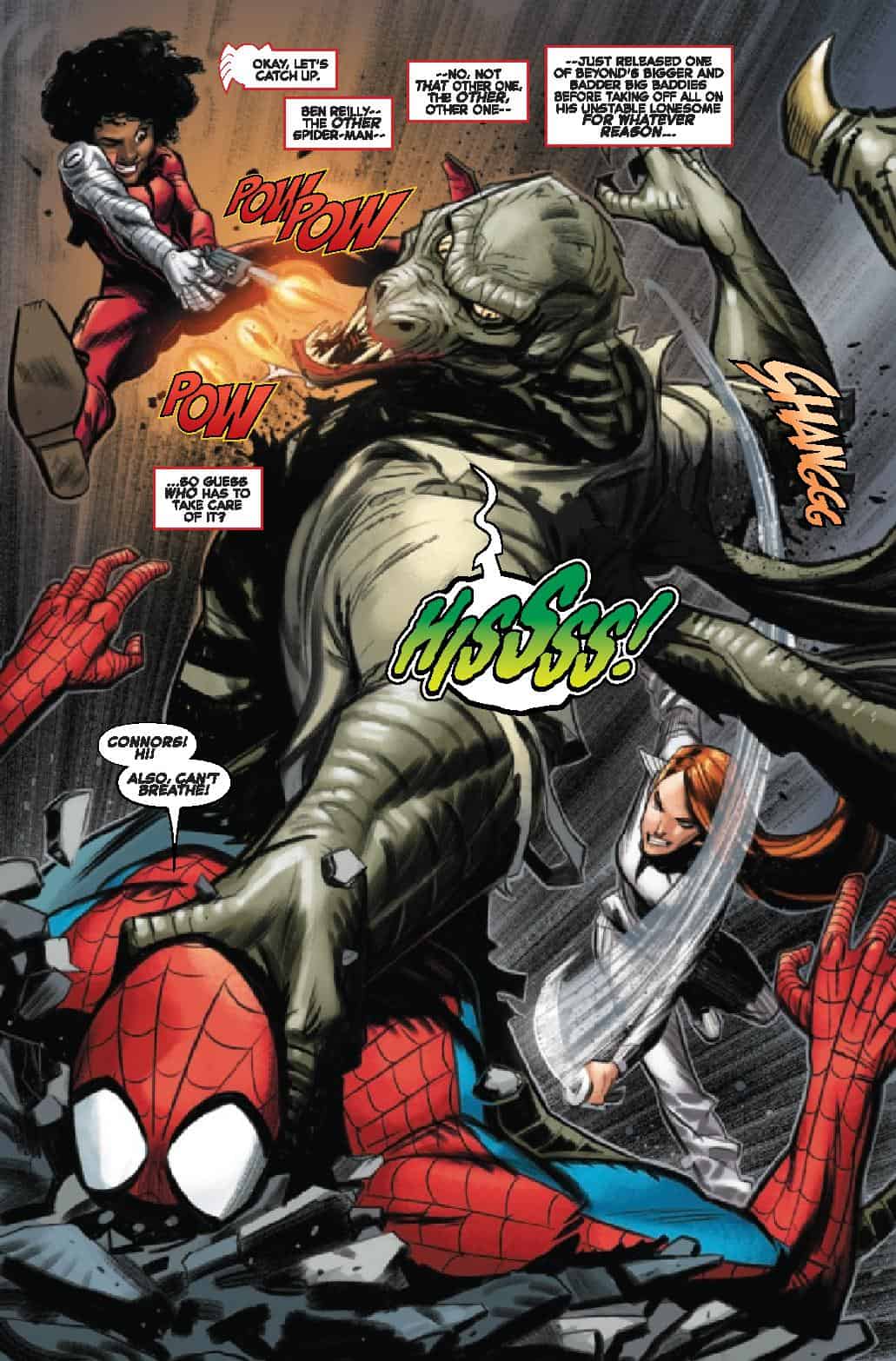 Artistically, this book is a tour de force, and we’ve got three people to thank for that. Artists Ze Carlos, Sarah Pichelli, and Fran Galan. Each brings something very unique to the table, and everything gels together perfectly. The art has a softness to it while still being acute and pointed. This is really, one very beautiful book to look at.

Gorgeous art, a thrilling story, what more could you want in a comic? Grab some Tobasco sauce and throw it on your fingers before reading this-cause it's a real nail-biter!! (Please feel free to direct any boo's for that joke to the Comic Watch editors)

Amazing Spider-Man #92: If You Get in Trouble and You Don’t Know Right from Wrong