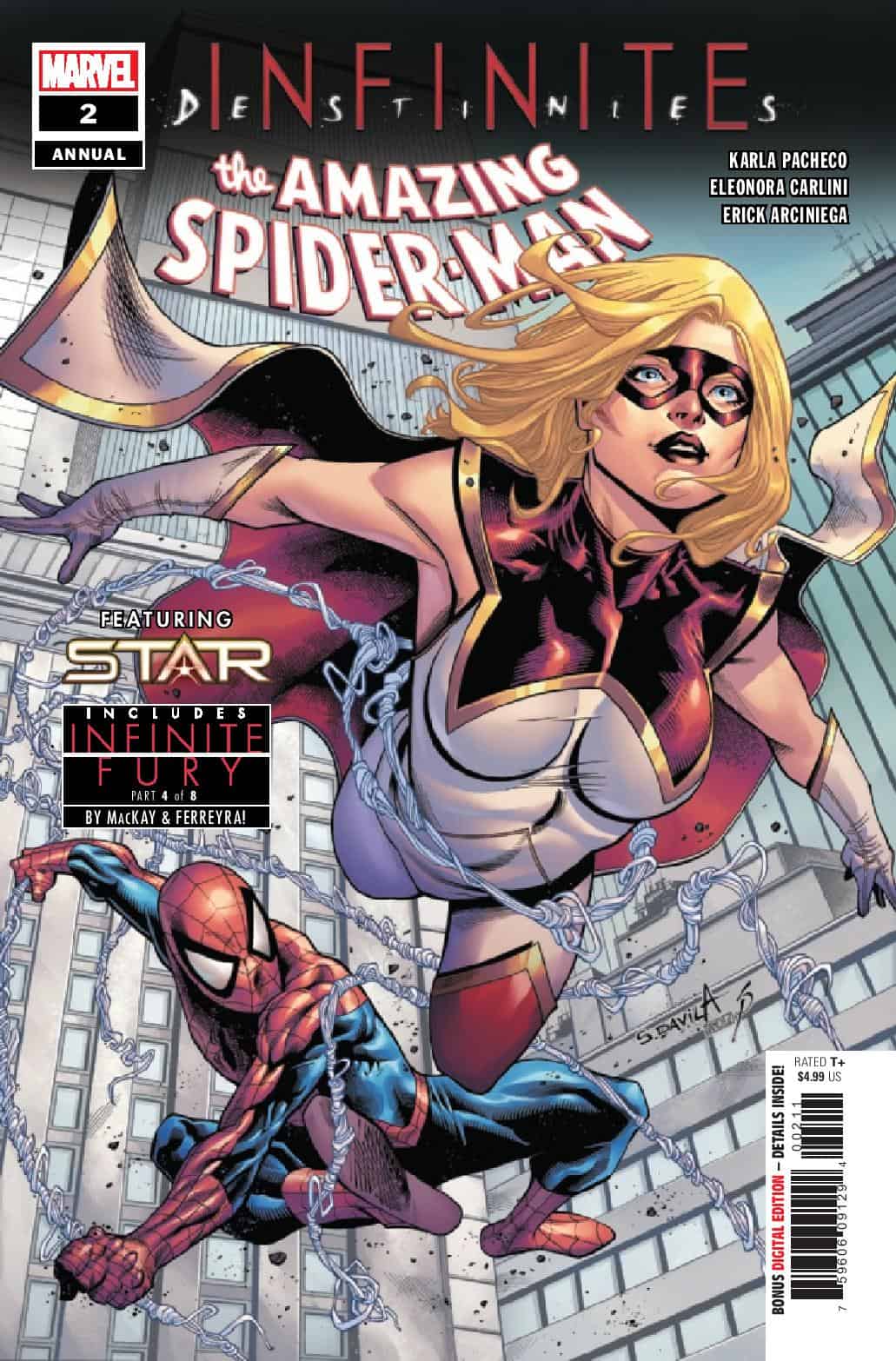 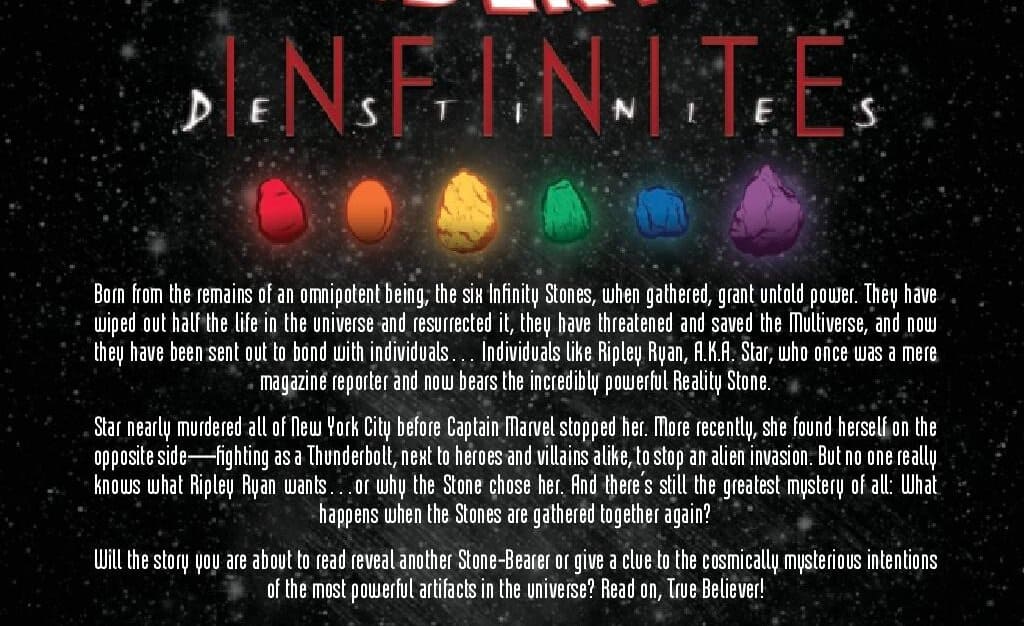 There’s a ton of them from either of the Big 2: Bloodlines, Evolutionary War, Eclipso: The Darkness Within, Atlantis Attacks, Terminus Factor, and now Infinite Destinies. Yes, it’s summer annual season and like a lot of other years, this year’s Marvel annuals have a story running through them. To sum it up, six different people each gain the power of one of the Infinity Stones. Spider-Man crosses paths with Star, who has the power of the Reality Stone. Despite a strong enough debut in Kelly Thompson’s Captain Marvel that she was able to subsequently finagle her own eponymous miniseries, here she’s… basically Sandra Bullock in any romantic comedy. I guess there is a little of the old Star here, as she does use her powers for personal gain, but it’s to get things like puppies and princess gowns. Her old self comes back a little from time to time, but luckily Spidey’s there to keep her in check. Barely. And by barely I mean that Spidey’s barely there period. Author Karla Pacheco sure puts him to work when he does show up, though, and the results are very enjoyable. 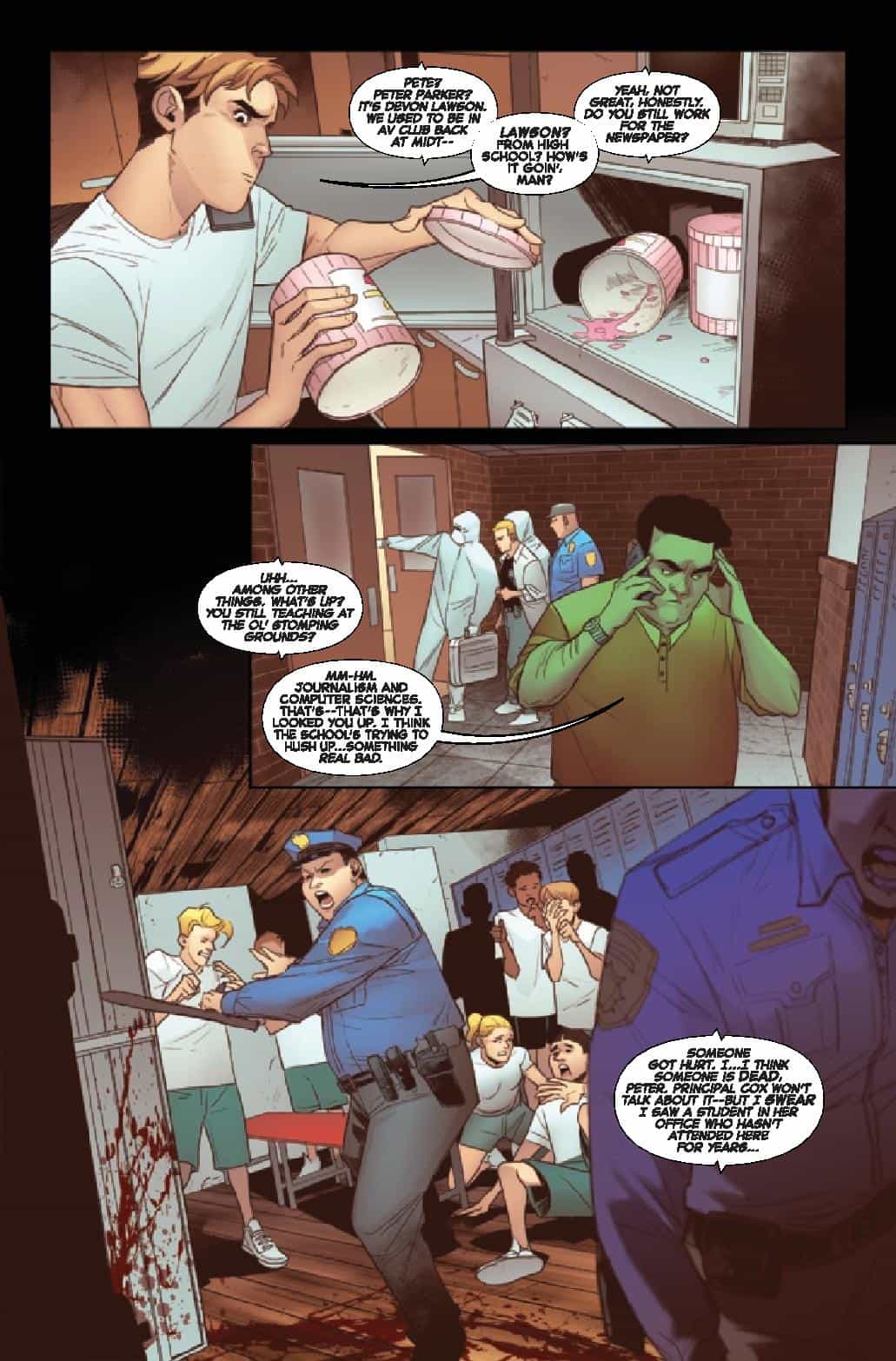 Artist Elinora Carlini’s work has a very unique look. While the faces seem a little manga-inspired, the rest of her work is very straightforward comic art. The combination is unique and quite refreshing, as the two aren’t really combined in this way, at least that I’ve seen. Her art really does the heavy lifting in this issue.

Not the best book I've ever read. Give any number of high-quality indie books a look instead!