Amazing Spider-Man: Curse of the Man-Thing #1: Vegan with a Chance of Meatballs (SPOILER-FREE EARLY REVIEW!)

The Amazing Spider-Man: Curse of the Man-Thing #1 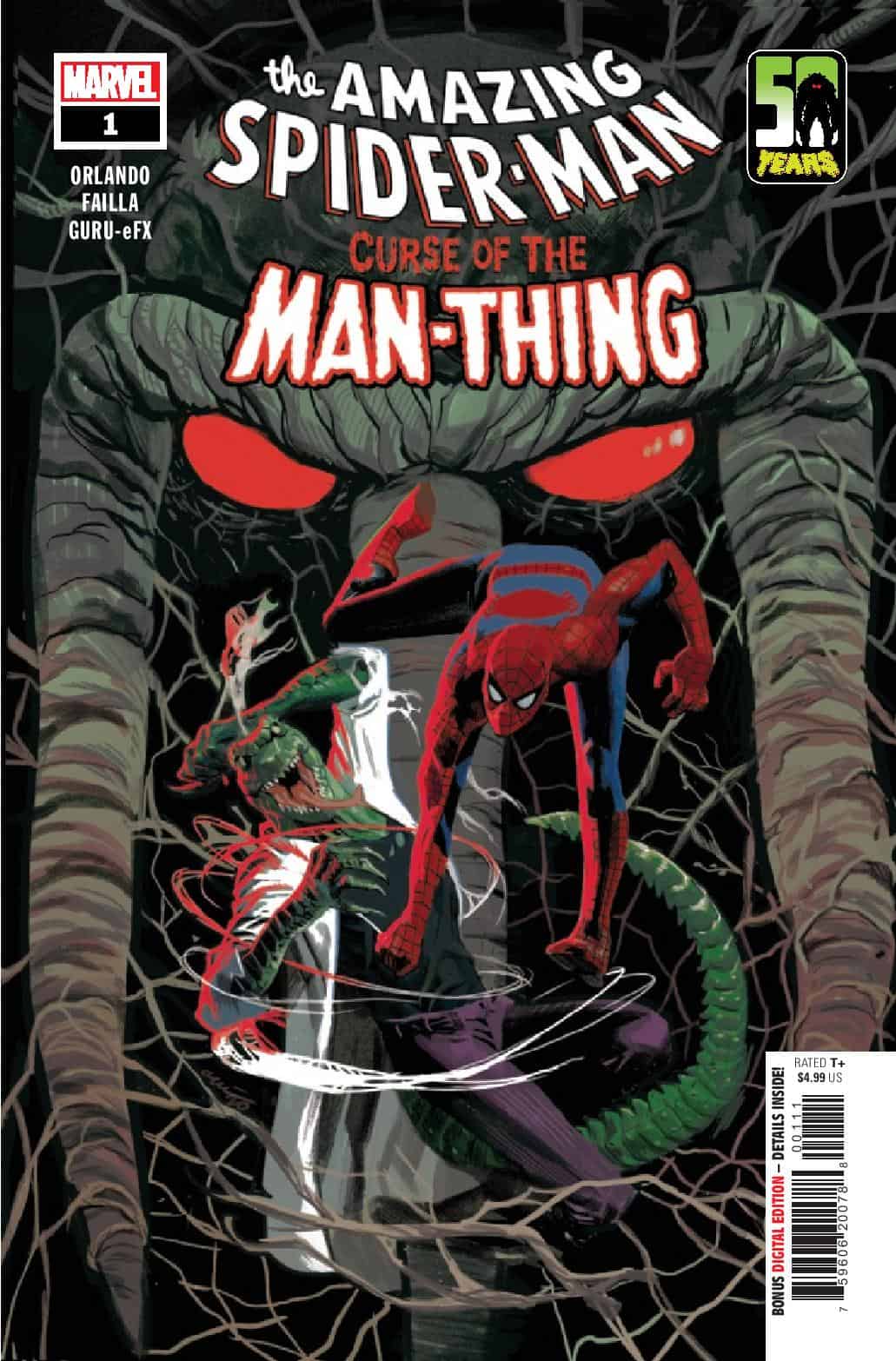 Okay, if you’re buying this solely based on the fact that it’s a Spider-Man special, let me give you a fair warning: it’s not 100% all Spidey from start to finish, BUT don’t let that sway you because what this is is a chapter in a greater story where Spider-Man is absolutely imperative to the plot and outcome of this book. Author Steve Orlando gives us a great chapter in this Man-Thing story that’s quick to introduce the main players, bring you up to speed on what’s going on and then send you off to the next installment in truly epic fashion. I mean, the ending even surprised me, and that’s saying something. Orlando brings in another tortured soul, Dr. Curt Conners, AKA The Lizard to deal on an intellectual level (both ends of the spectrum) with Man-Thing and if you’re getting help from one of Spider-Man’s stable of bad guys, you know that he’s not far behind. This is a refreshing change of pace story, it’s not just good guys vs. bad guys, it’s more good guys working with bad guys to try and gain control of the chaos and flat out end it. Every once in a while it’s nice to get a different flavor or comic story. I’ll be honest, going in I hadn’t read any of the comics in this Man-Thing epic, but thankfully the editors here were watching (it’s called Comic Watch for a reason!) and set me up with the issues that I missed and I can honestly say that going forward, I’m totally on board with this story!! 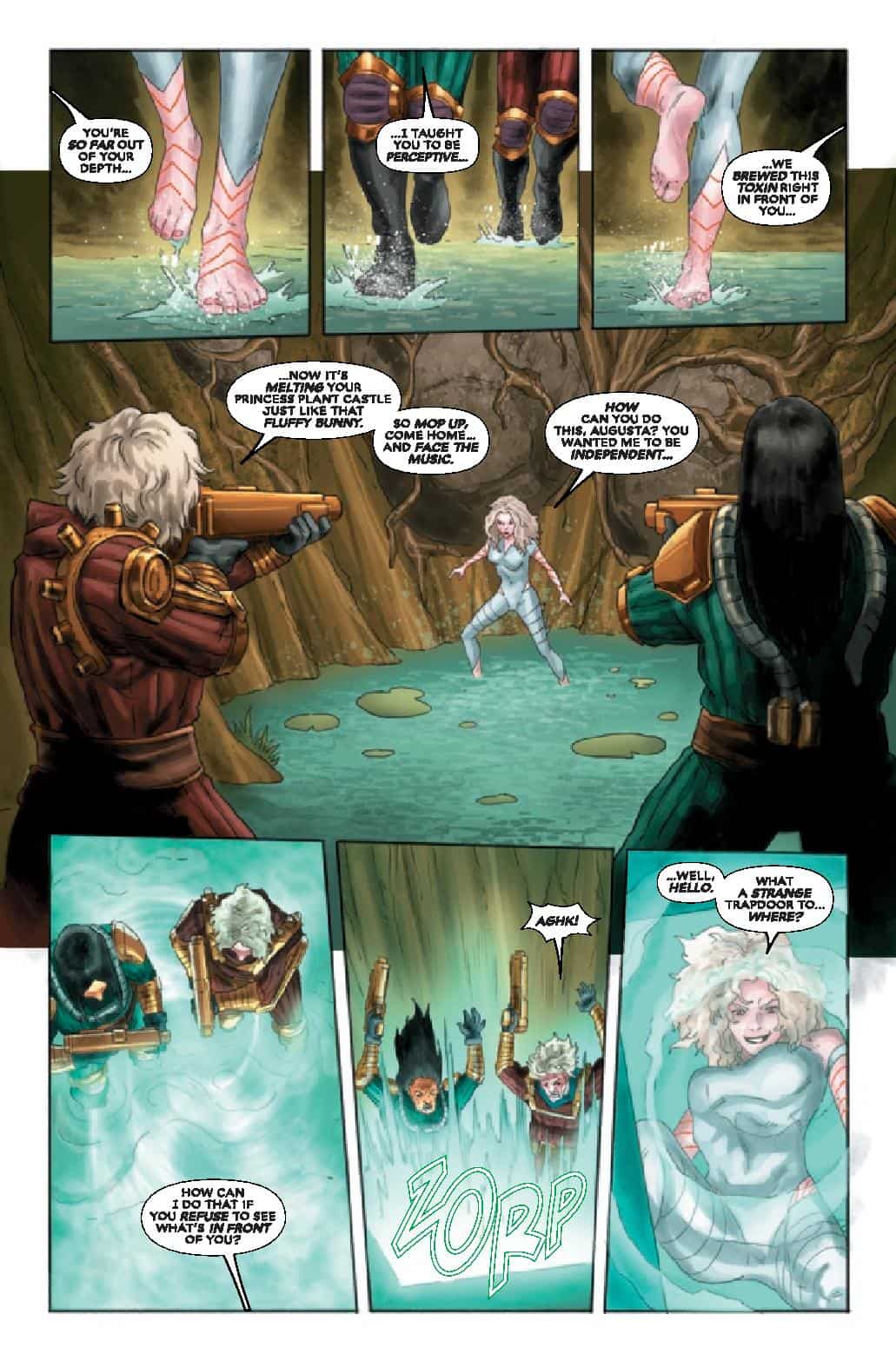 Steve Orlando can’t take all the credit because artist Marco Failla with Minkyu Jung gives a very different look to almost all the aspects of Man-Thing. They’re solid storytellers and they excel at super-hero storytelling, giving this book a good old-fashioned comic book feel using modern art and the latest in technology from colorist GURU-eFX and letterer Clayton Cowles. All these fantastic visuals combine to put the finishing touches on a really solid comic.

An enjoyable installment in this Marvel Universe-spanning Man-Thing tale, and a really solid book overall.  Definitely worth picking up!

The Amazing Spider-Man Curse of the Man-Thing #1: Vegan with a Chance of Meatballs