America Chavez: Made in the USA #3: America’s Past

America Chavez: Made in the USA #3 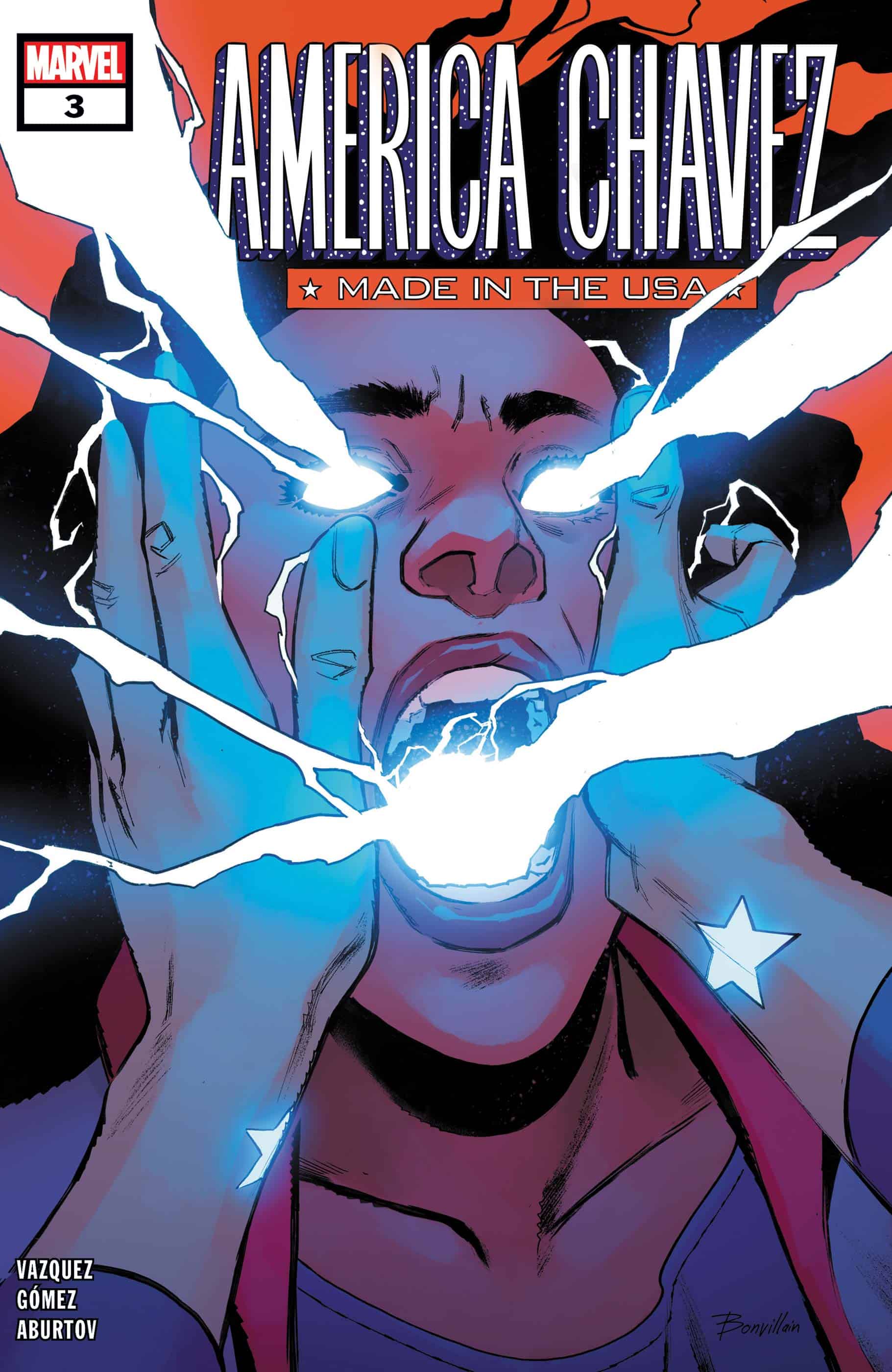 WHERE'D YOU GO, AMERICA? The face of America's mysterious tormentor is revealed - and while whom America sees is shocking, to say the least, it's what they say that will shake the foundations of everything she knows.

America wakes up to see the mysterious woman who knocked her out standing above her! She unveils her face. Her kidnapper then proceeds to tell her that she is in fact her sister. America at first refuses to acknowledge what she has to say.

We get a big reveal, that the memories of the Utopian Parallel was not exactly the way America remembered it. Through a flashback scene we see from the perspective of both America’s moms meeting a billionaire who runs a private island. Their descriptions of the island feeling like it’s from another dimension, and are there for an opportunity that could help save America’s life when she was a child. 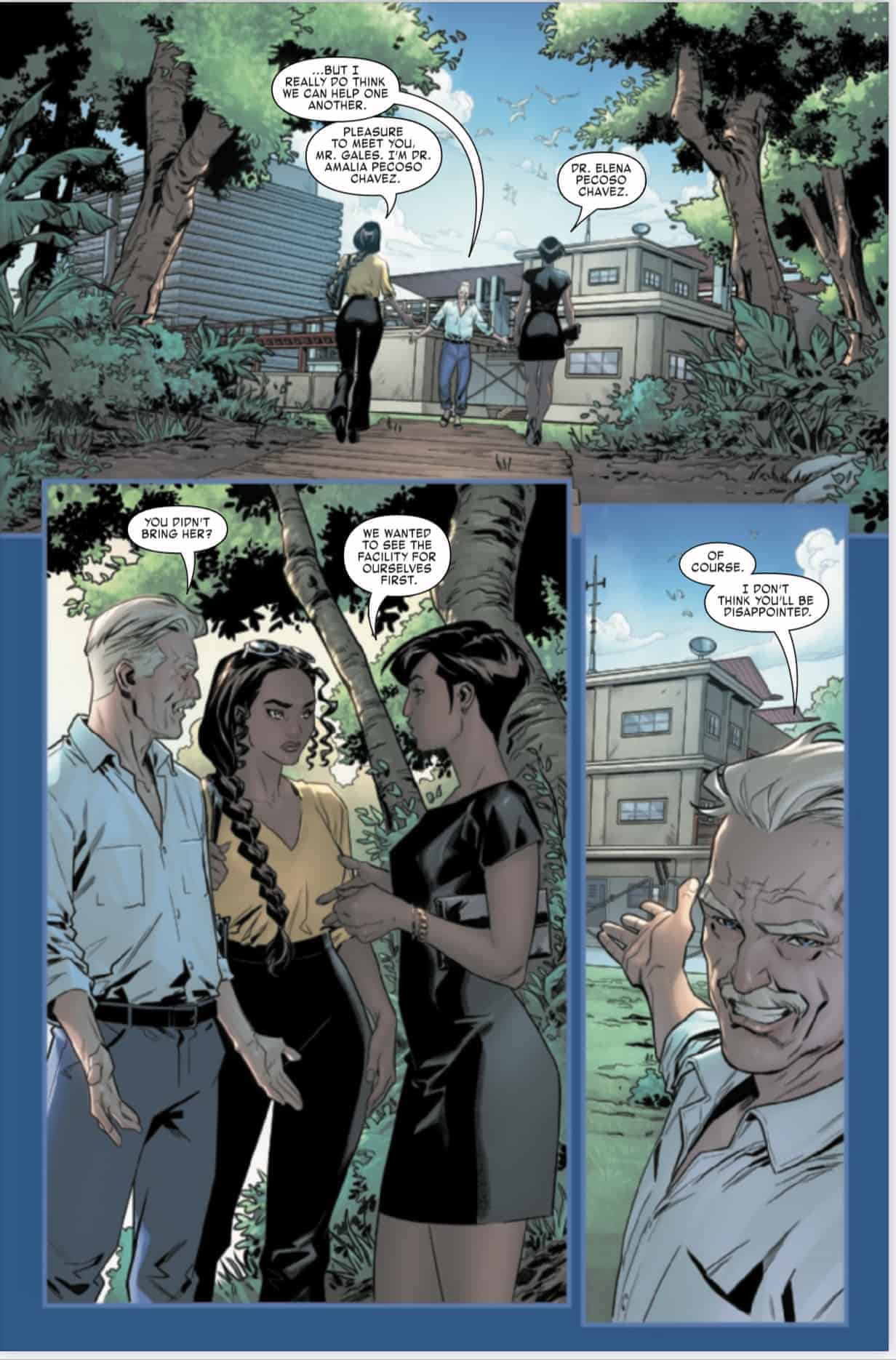 Her moms are in a tight position as they have no other option in saving America from this condition that she might potentially die from. In this conversation the shady billionaire also mentions their other daughter, adding truth to Catalina’s claims.

In the present, we find America and her newly discovered sister throwing hands as she tries to explain why she has brought her here. During this fight, it’s also shown that Catalina herself has abilities. In a shocking end, we see Catalina bring America into a room filled with young girls in pods. With the suspenseful tone in expressing she needs to finish what their moms began.

Gomez really brings to life the Chavez family members in this issue. From the startling revelation of Catalina to the flashback scenes of their moms, they look great. It’s noticeable that the other characters have a resemblance to America. Aburtov adds phenomenal work to the art with their coloring skills. The colors on the characters and the island really stand out.

Vazquez absolutely came through this issue with reveal after reveal! I really do like the decision to reveal how America’s childhood is very different from how she remembers it. I enjoy how her mothers are scientists both from the Bronx making the two more relatable. My mom was born in the Bronx so that right there is something that I could personally connect to. I have high expectations of what this creative has planned for America!

America Chavez: Made in the USA #3: America’s Past