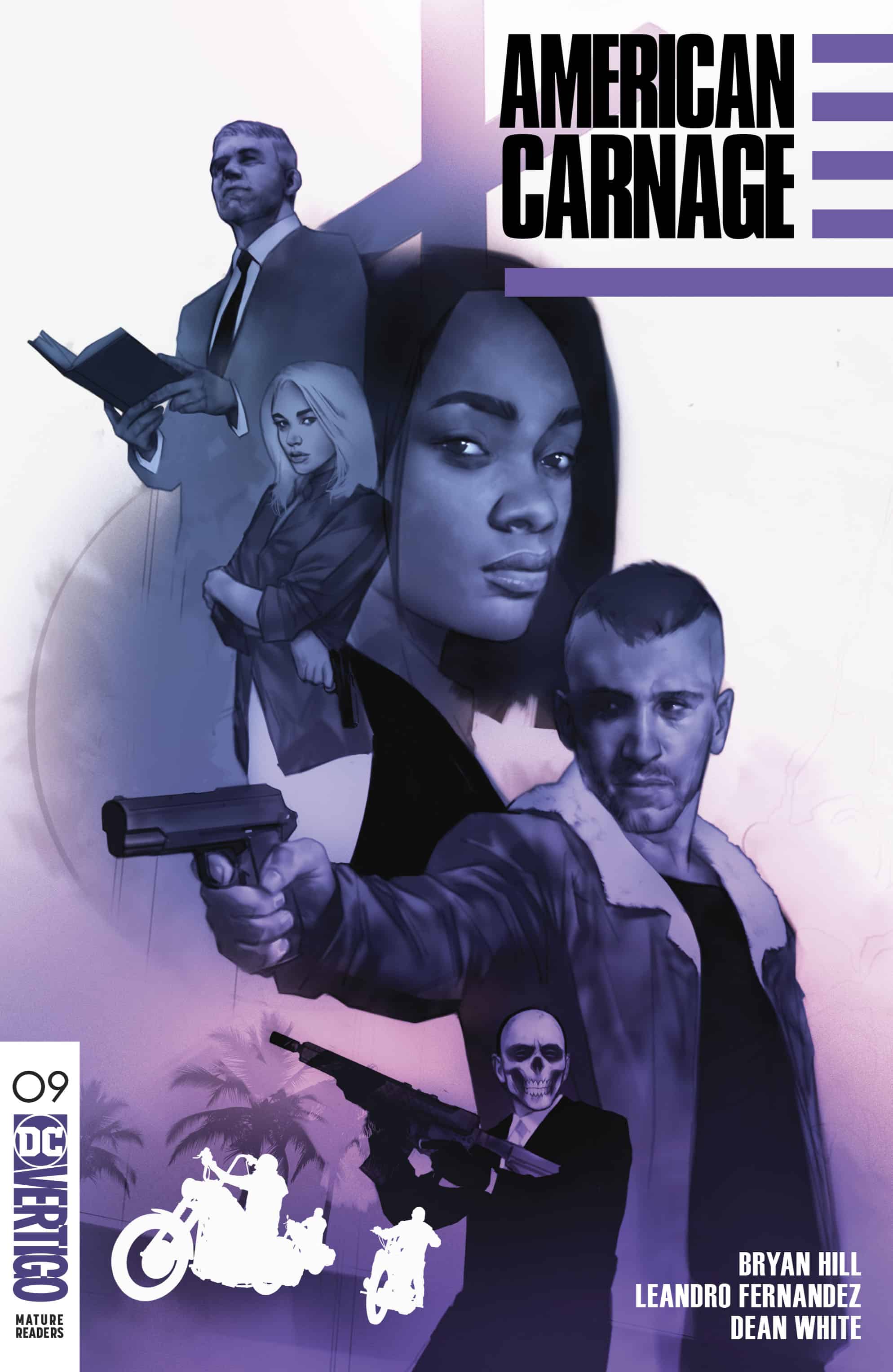 I said “what the f—” out loud multiple times while reading American Carnage #9 which doesn’t happen often.

American Carnage’s finale delivers on the action after an extremely long buildup. It wasn’t until my second read through that the weight of this issue hit me. “This has to end. And it won’t until I make it end. A change gonna come,” says Rick in the opening issue. It is a bold introduction that carries a chill throughout the rest of this issue. A lot ends in American Carnage #9, but does it matter? 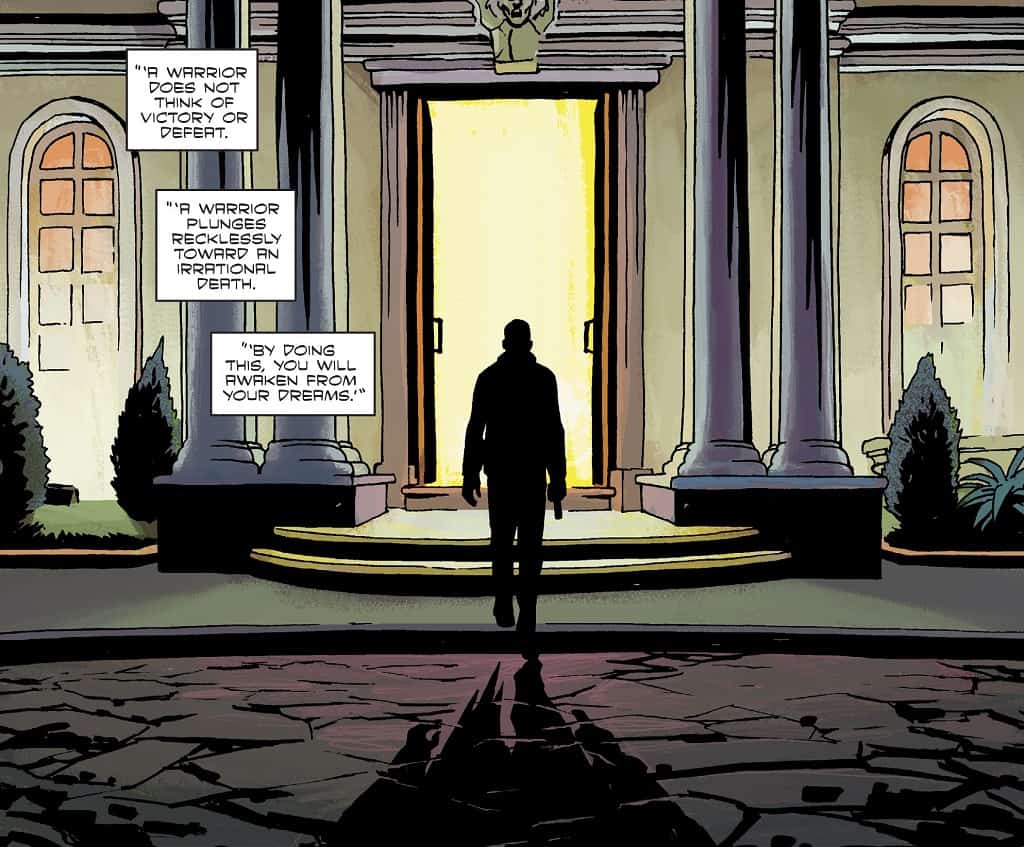 The narration is revealed to be a voicemail left on Agent Curry’s phone from Rick. Rick becomes a tragic martyr for Agent Curry’s case. Quoting the book of the samurai, Rick tells Curry, “Even if it seems certain you will lose. Retaliate. Neither wisdom nor technique has a place in this. A warrior does not think of victory or defeat. A warrior plunges recklessly toward an irrational death. By doing this, you will awaken from your dreams.” There is a beautiful sadness to Rick’s words. He has spent his life and the duration of American Carnage not belonging anywhere. As a man of mixed race he faced many obstacles and struggled with identity and self. 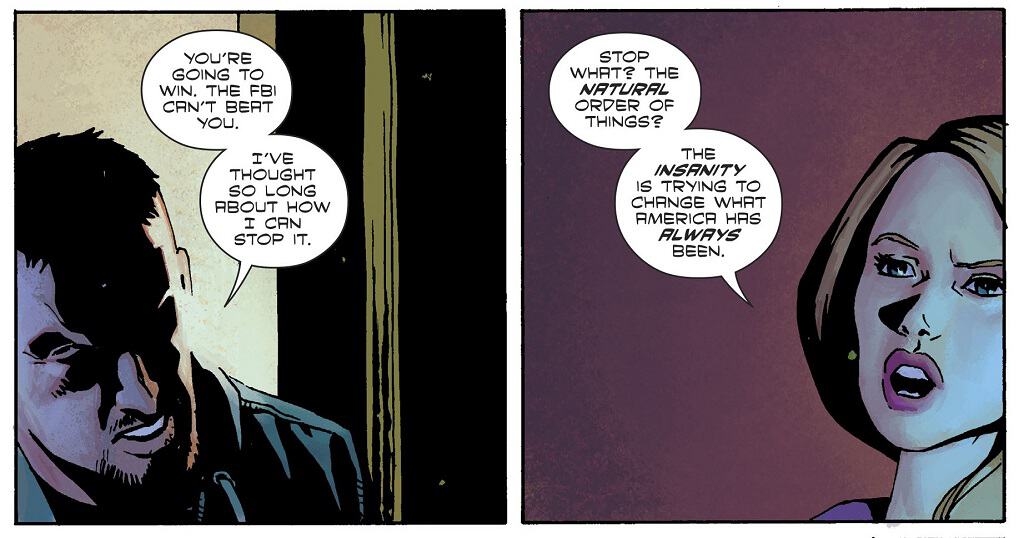 Rick gets to Wynn Morgan the only way he knows how: Jennifer. Rick is finished with being manipulated by Jennifer, who says she hates her father but deep down is no different. Rick sets himself up to be taken down. Through him, Agent Curry can get to Wynn. He has the choice of blowing his cover or sacrificing himself, which he chooses the latter. Rick forces Curry to shoot him to his death. He says, “You didn’t know anything about this. About me. That’s how it has to go. I did this alone. All alone. And you have to be the one who stops me.” Wynn can’t continue his white nationalist crusade with all of this being revealed. In an emotional confrontation a crying Curry pleads with Rick to not do this, not to make her kill him. His message narrates the panels saying that suspect has a gun. As he reaches into his pocket Agent Curry is forced to fire. In a powerful panel, a slain Rick is shown with his phone in his hand. The panel evokes the many cases of black men unjustifiably shot by police when a phone is mistaken for a gun. Hill’s writing on American Carnage adds to the serious conversation that so many in this country refuse to add to. Rick’s message continues, “And whatever has to happen, know that I don’t blame you. I don’t blame you at all. Not even a little.” The final panels show Curry re-listening to the end of the message in the darkness at her desk contemplating the events that just happened. 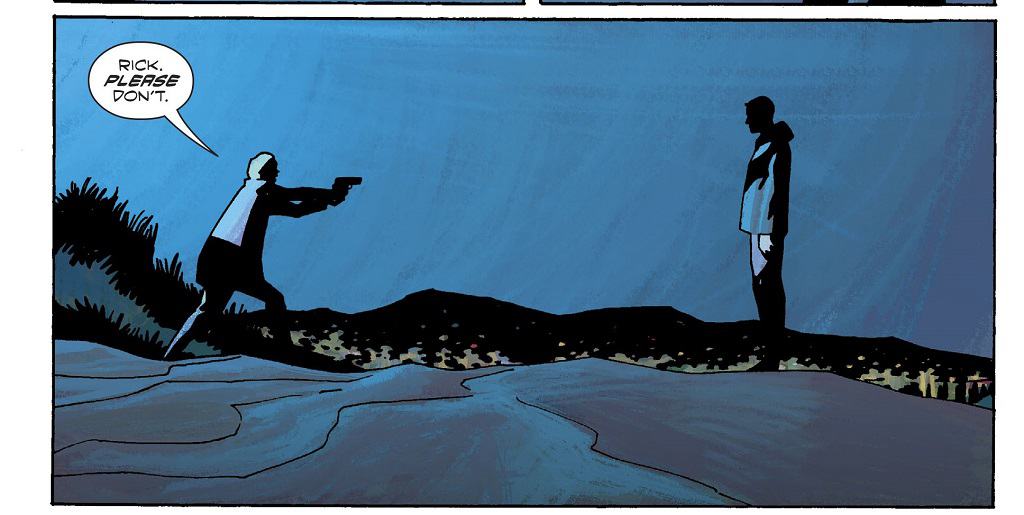 Hill’s writing is perfectly complemented by Leandro Fernandez’s art and Dean White’s colors. In fact, I don’t think Hill’s writing would be as impactful if the art was done by other artists. The visuals feel like pastels left in the rain: a perfect combination of bright color soaked in shadows, much like the series dwelling in the underbellies of disguised white supremacy. The use of closeups and full body silhouettes have consistently elevated the writing and places the reader in the shadows navigating the darkness with Rick. 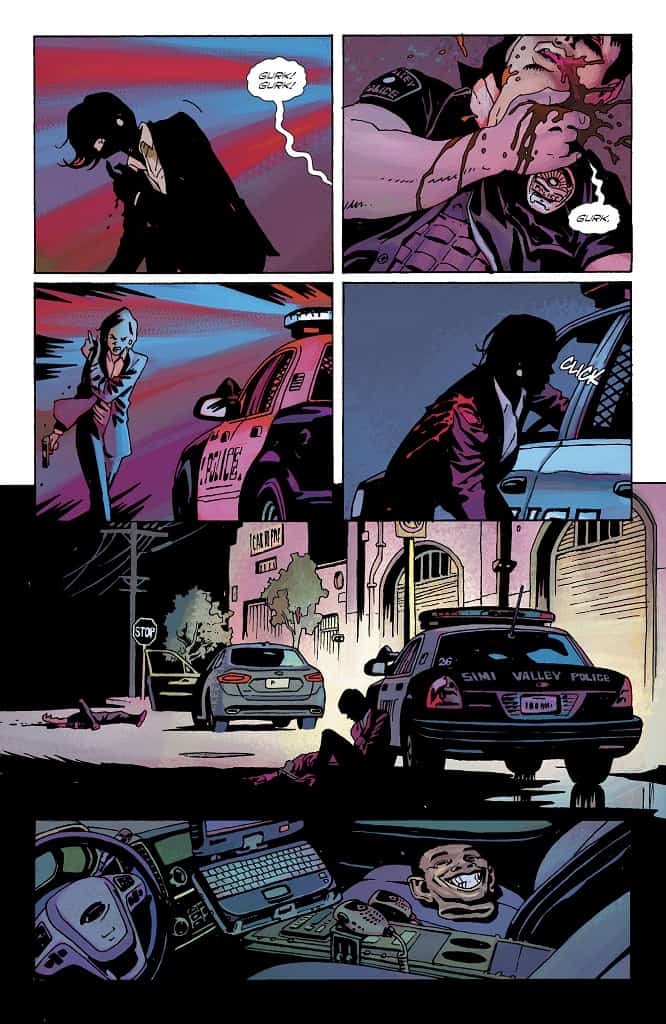 A powerful series reflecting our times, American Carnage comes to an end that feels premature but still carries weight. The open-endedness of the story may feel unsatisfactory to some, but in these times most things leave a lot to think about. I recommend not to miss this series. Grab any issues you can or wait for a trade to be released. 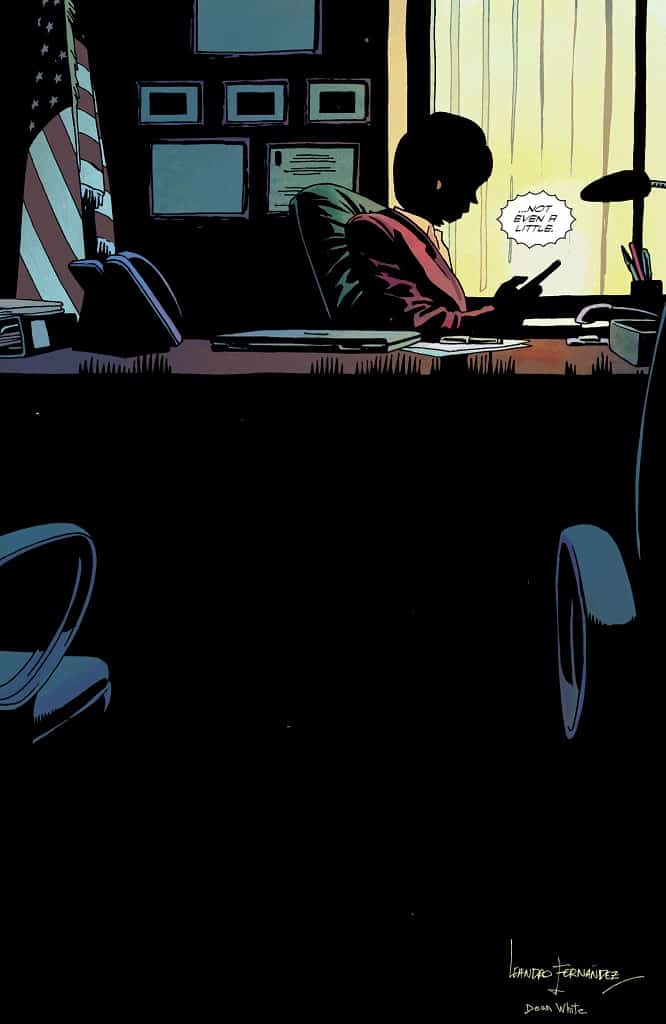