American Gods: The Moment of the Storm #5 All Gods Have Plans

AMERICAN GODS: THE MOMENT OF THE STORM #5 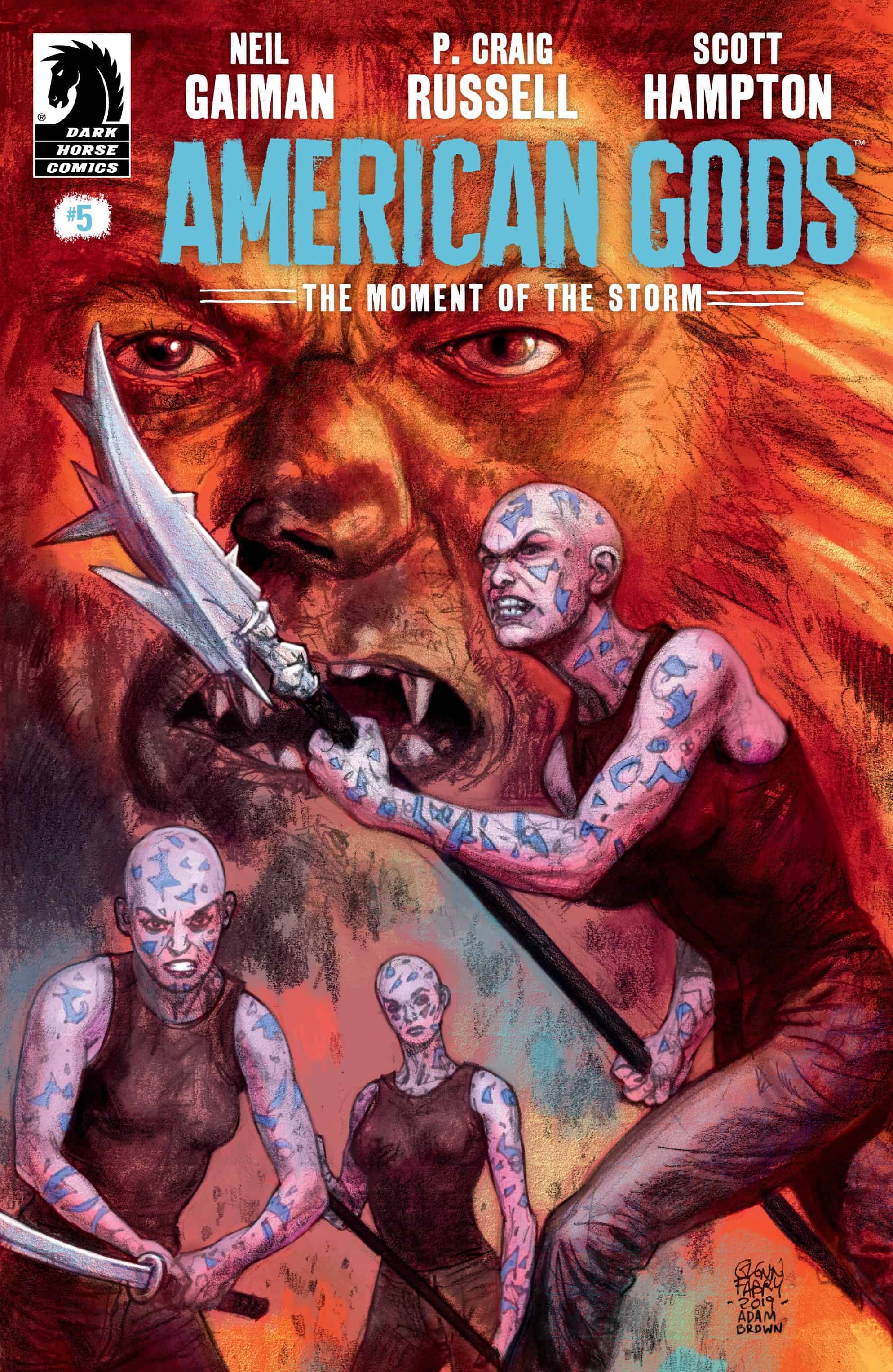 Technical Boy meets a sticky end as the truth of the reason for the war is made clear. Mr Town has played his part and leaves, but in performing one final act of defiance he has sealed his fate. And Shadow also discovers the real meaning of the plan as he finds out from Whisky Jack that Loki and Wednesday are working a ‘two man con’ to restore Odin’s power and ensure Loki could feed on the ensuing chaos. 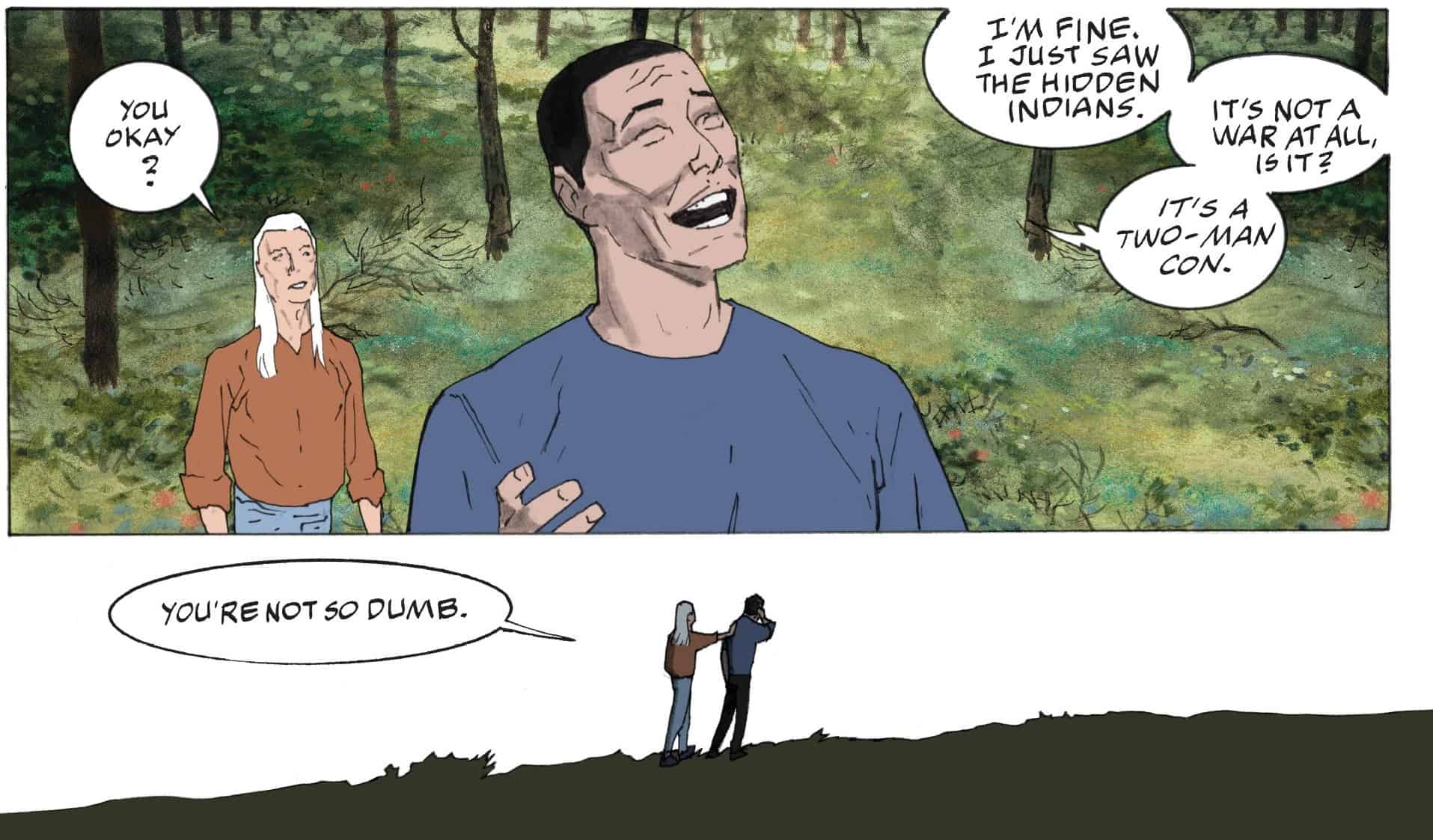 Oh bittersweet irony in the fact Mr Town meets Laura, the real cause of the rage and ire he directs at Shadow. No sooner does he depart but he runs into the one woman who will no doubt cause him some trauma when she discovers his identity further down the road. And in his small act of spiteful imagined revenge against Shadow it’s clear he has sealed his fate and ominous predictions are laid bare as he sets out for his new life. 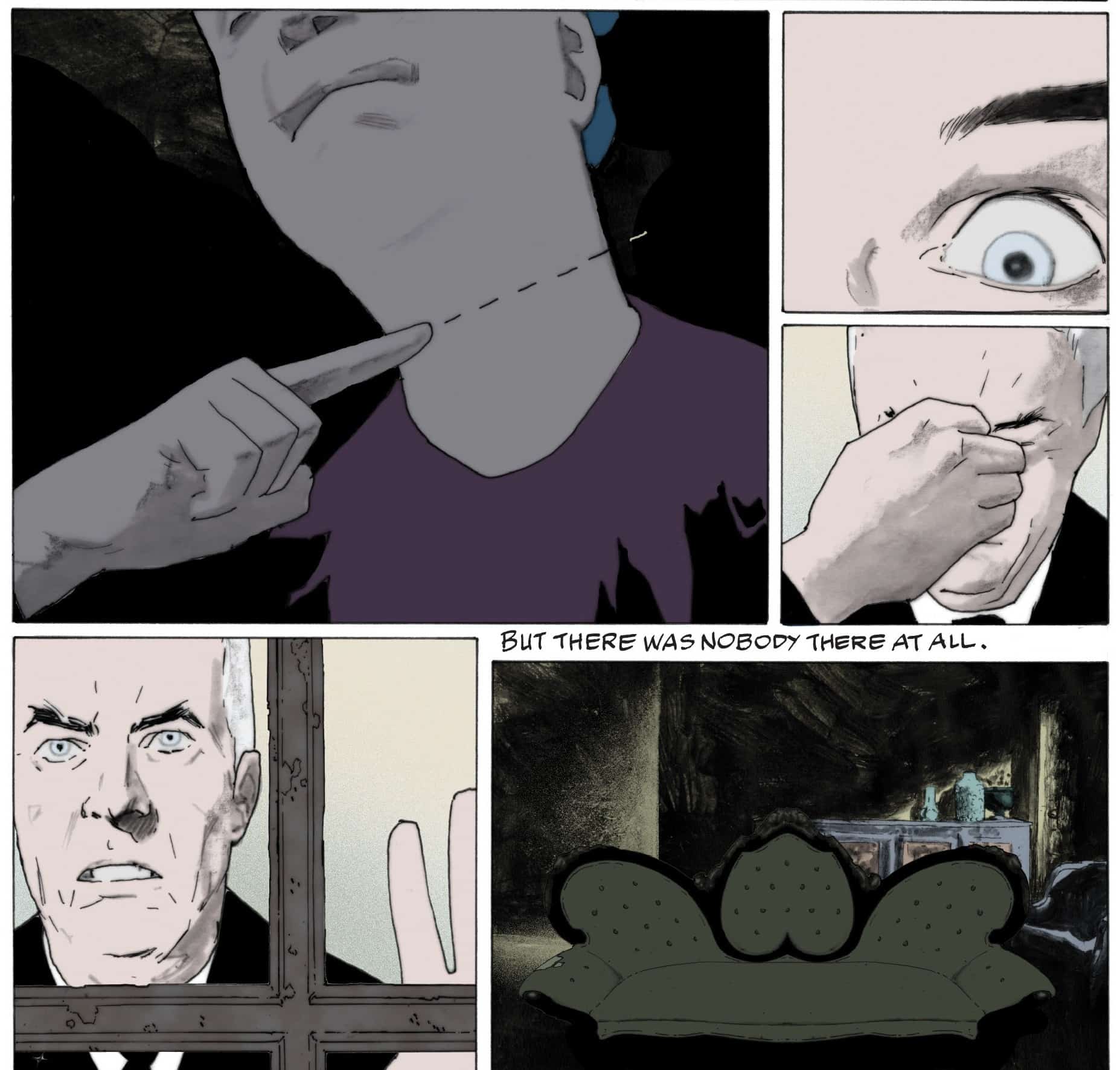 Also the scenery of the Gods in waiting for their time in battle is totally surreal, yet realistic enough to allow you to actually imagine that werewolves and assorted deities could rub shoulders while waiting to wade into battle with each other, like some “Night on the Bare Mountain” witches’ sabbath scenario. 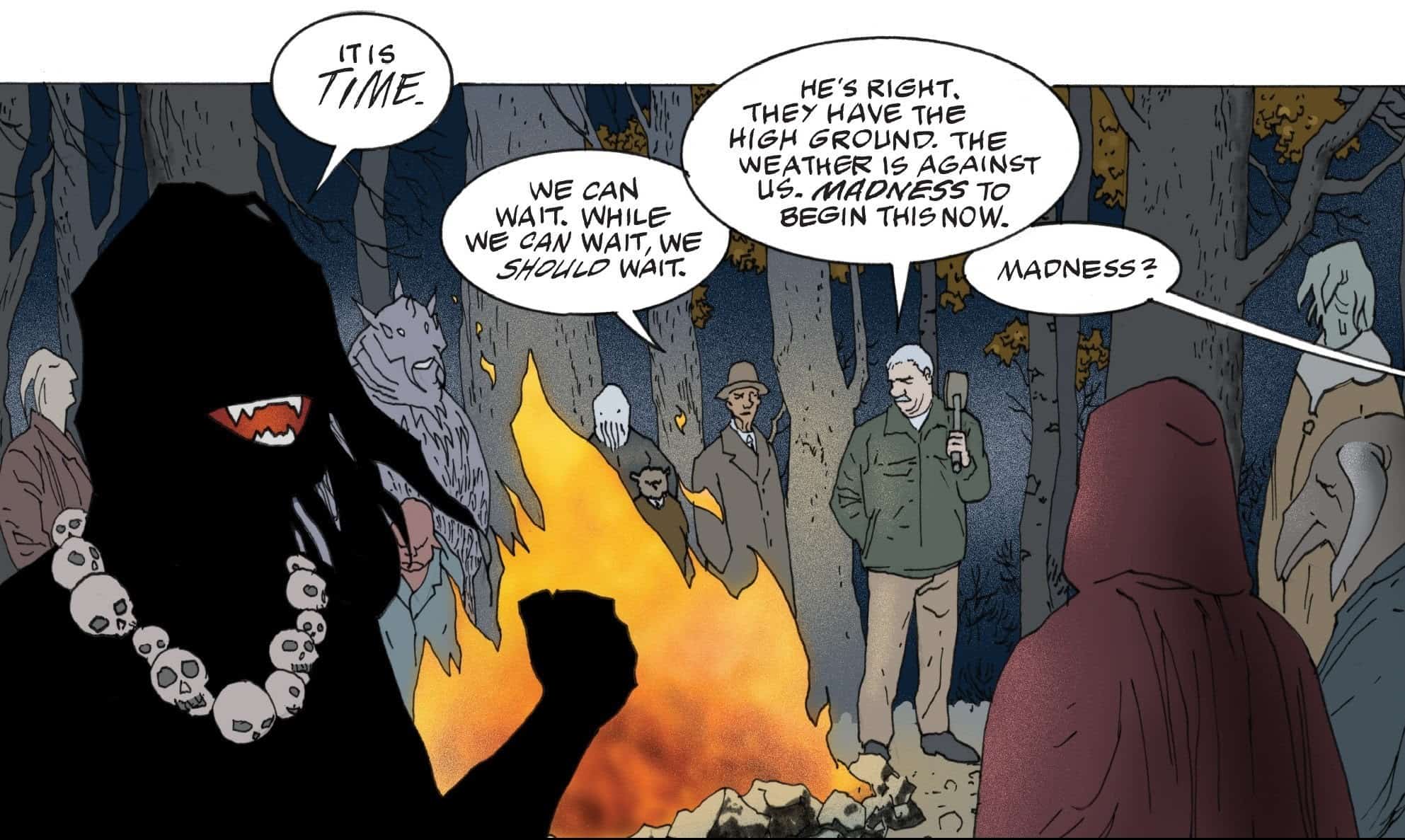 And the perfect realism of the art continues as Shadow leaves the blank empty void and lands seamlessly in the company of Whisky Jack and has a trippy revelatory conversation that matches up with and confirms what we’ve just discovered in the cave with Technical Boy. And as he does so we are treated to yet more photorealistic scenery, so much so you can almost hear the waterfall. 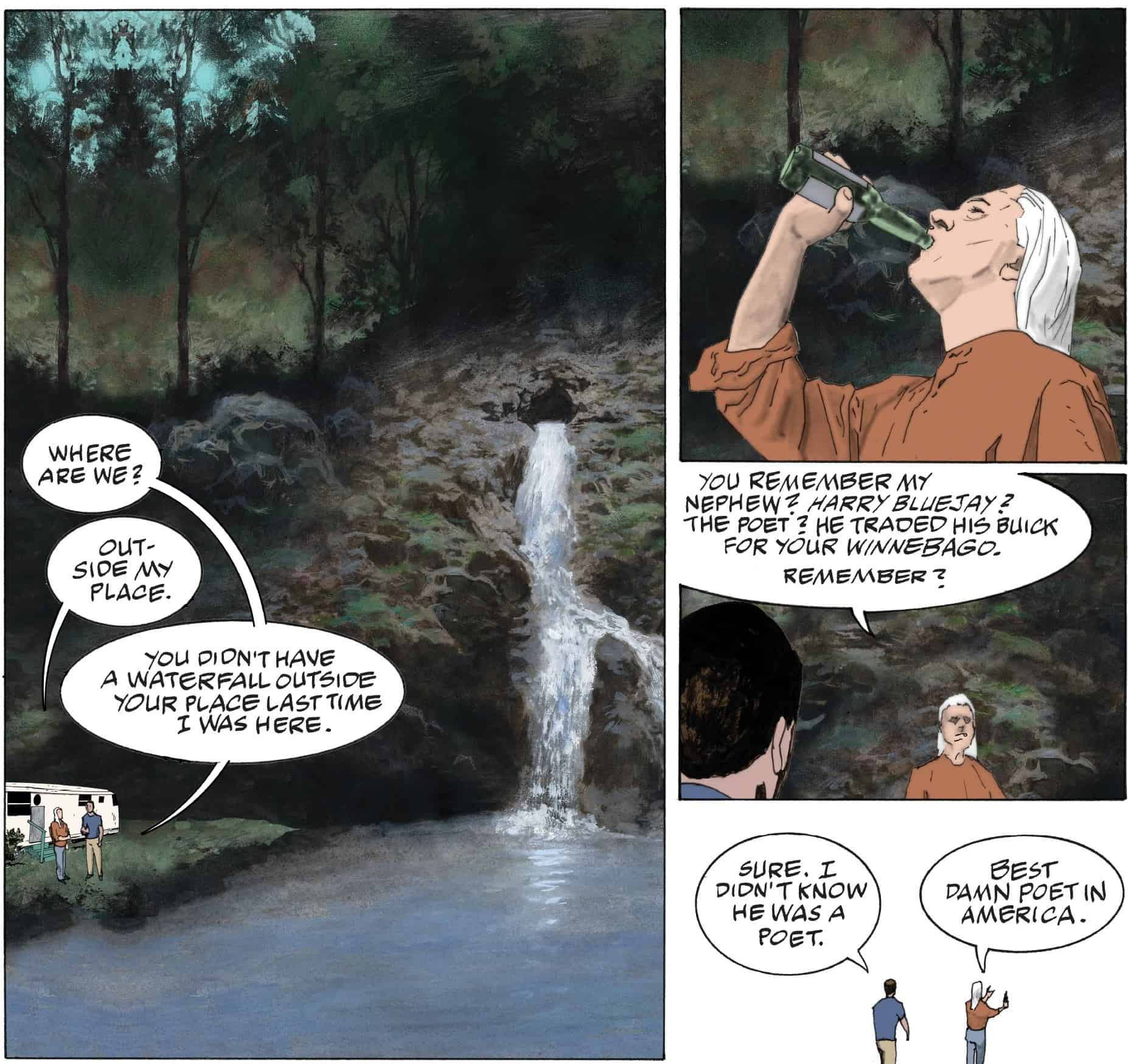 I continually find that this adaptation is making me see things from the novel in a whole new light. And once again this whole issue was perfectly in keeping with not only the novel itself but also the universe Gaiman creates in all of his novels. The visuals are also fully in step with others of it’s ilk, such as the trippy and mind-bending worlds of Mirrormask and Neverwhere. And P. Craig Russell continues to give a resonant voice to Neil’s story supported by the art team of Scott Hampton, Jennifer T. Lange and Glenn Fabry on covers, who ensure the art is pitched to perfection with the right resonant tone for the narrative.

As we get closer to the finale this adaptation ensures I am discovering a whole new side to the story. And my need to once again read the book is seizing me with new vigour.

American Gods: The Moment of the Storm #5 All Gods Have Plans