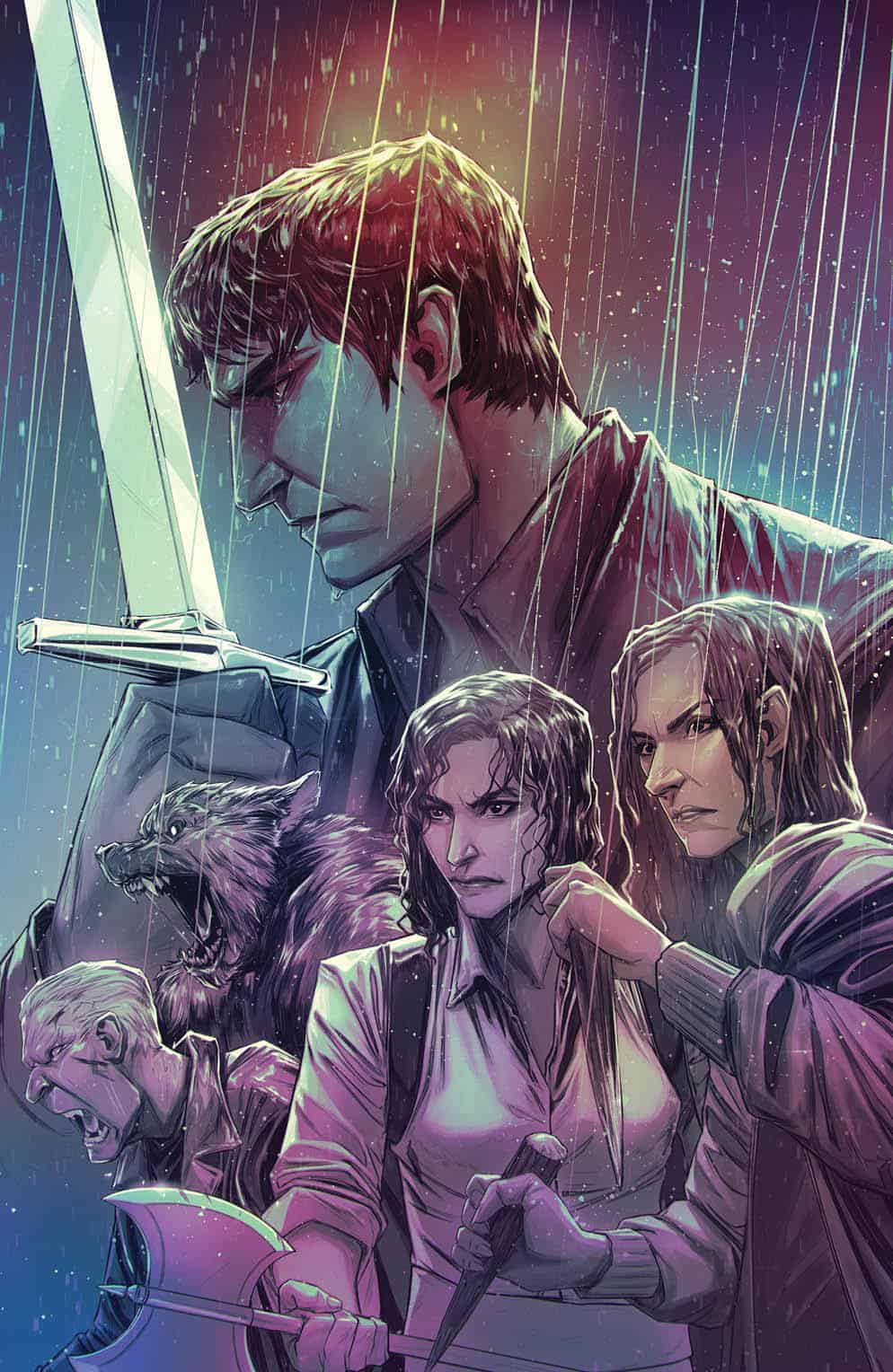 Humanity loves a champion. Angel is the champion of the people in Hollywood and he fights to save humanity from the monsters that lurk in the darkness. He bumps back the things that go bump in the night. Although the Angel we know and love in this alternate world is different. He still fights the fight and runs Angel Investigations, but why he does it is still a mystery.

The End of the World is here, again. Angel fights a never-ending battalion of Angelus’ army of vampires. The question is, “Can they hold out?” They are trapped in a scientist’s house with vampires everywhere. Usually, “no way out” is how Angel ends up in most situations, but in this alternate reality will he be able to get out trouble in time?

In this alternate reality the world is upside down from what we know of Angel and the gang. Spike and Wesley are friends and Fred is in love but not with Charles. Buffy doesn’t know who Angel and the other Vampire/Demon hunters are. Angel feels different. The entire book feels chaotic. I understand alternate universes and hey, Joss Whedon even gave us a glimpse into what some alternates look like (some include no shrimp whatsoever!)  but this feels wrong.

Readers who have continued with Angel and Buffy stories know what they want out of these characters and I feel like this is an explorative book. Searching for the possibilities outside of what we know. This doesn’t seem like Angel, though, and is not what I would have picked for the storyline. The book continues on from  and starts mid-battle. Characters are acting on impulses you as a reader don’t understand until its explained after the fact. It’s a very unfamiliar take on Angel.

Compounding the problem, the artwork didn’t even look like any of our beloved characters. They were drawn with a style that did not compliment them. Worse still, many of the characters are drawn the same and can’t be told apart. This is a letdown. If they were drawn better you would also have better coloring the color and lighting in this book were all wrong.

Maybe I am being too hard on the book, but I have followed Angel as a loyal reader and television show watcher since the beginning. Any readers or followers of the Angel universe will be hesitant to accept this book into the realm of Angel. Being a fan from the start, there are certain expectations and those have not been met yet with this book.

Overall this was not the all-out battle experience readers wanted from Angel. We want more authentic characters and an expansion on the original stories we know. The artwork was lacking the realism. Especially the depth it takes to portray these specific vampires in artwork and still keep them terrifying. Angel #8 was a progression book, hopefully #9 moves in a direction that will satisfy readers.