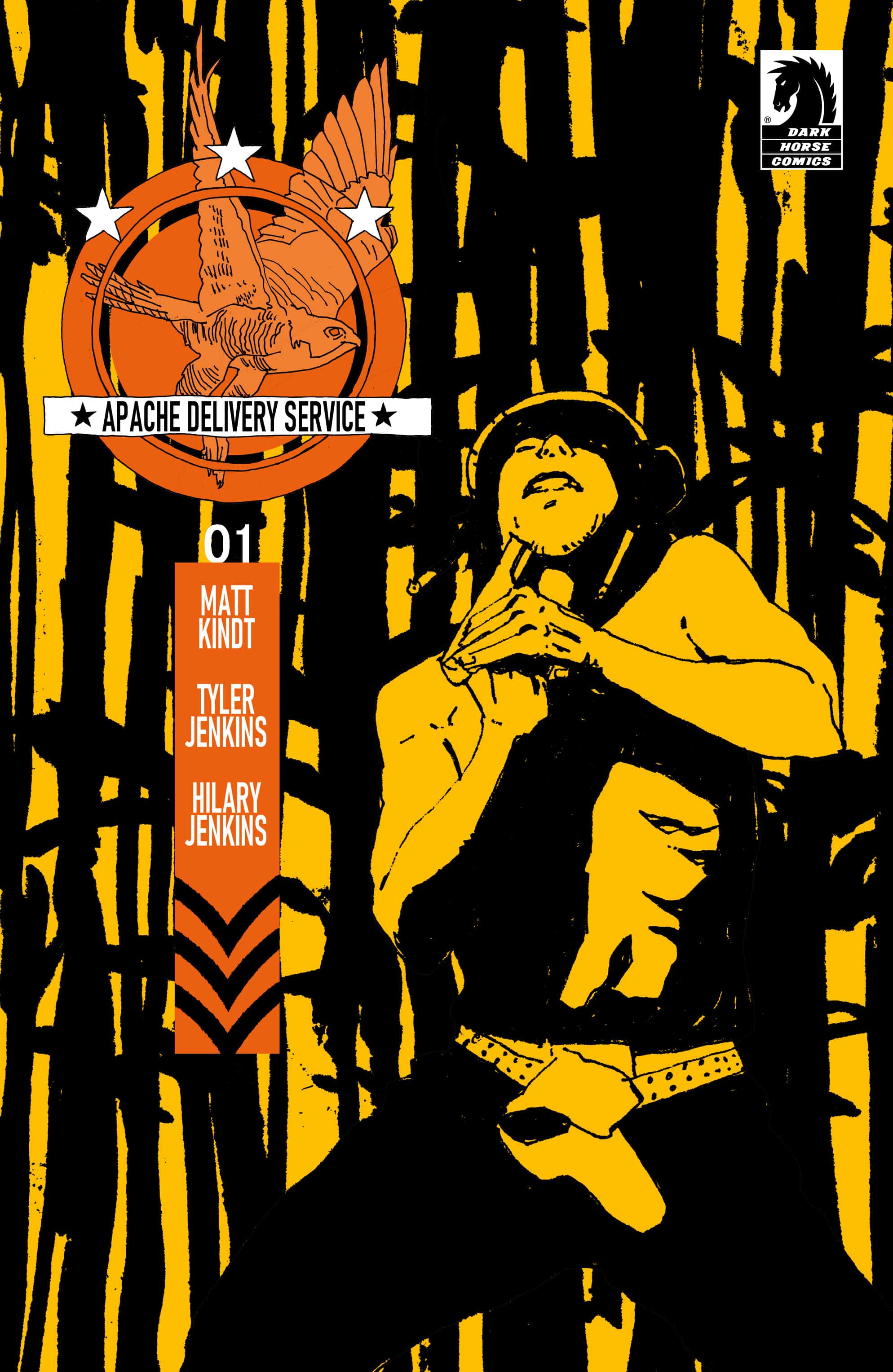 Two haunted men are on a hunt in the jungles of Vietnam, searching for clues to a missing treasure trove of gold that was stolen from all over Asia by a Japanese general during World War II. Eventually they find a series of hidden caves in the mountains near the coast. Bodies start showing up--murder victims and mutilated corpses. There is a rumor that the caves and gold are protected by terrifying witches that have been living in the cave system for thousands of years. As our warriors travel deeper into the mystery, they learn more disturbing facts about each other and become paranoid of one another as they get closer and closer to the gold, while, at the same time, a bizarre serial killer is hunting them down.

If someone asked you to think of the Vietnam War, many of us will immediately think of the various movies depicting the war. Whether it is Apocalypse Now, Platoon, Deer Hunter, or even Forrest Gump. Certain songs might play in your head or even certain scenes. Apache Delivery Service plays homage to  Like Deer Hunter, this issue starts with the protagonist being taught to track and hunt a deer. While Deer Hunter’s opening follows friends hunting before they head to war, Apache Delivery Service begins with our protagonist being taught how to track and hunt a deer. Something that the issue captures brilliantly, is the abrupt cut to the chaos and violence of the war, much like Deer Hunter. What makes the series stand out from its possible inspirations is that the protagonist is Dine, or Navajo, as he clarifies to his commanding officer. The Navajo played an important role in World War II as Navajo Code Talkers, who used their native language to quickly transmit messages. Despite the important role those men played just a few years before, it is lost on the soldiers speaking to the protagonist. 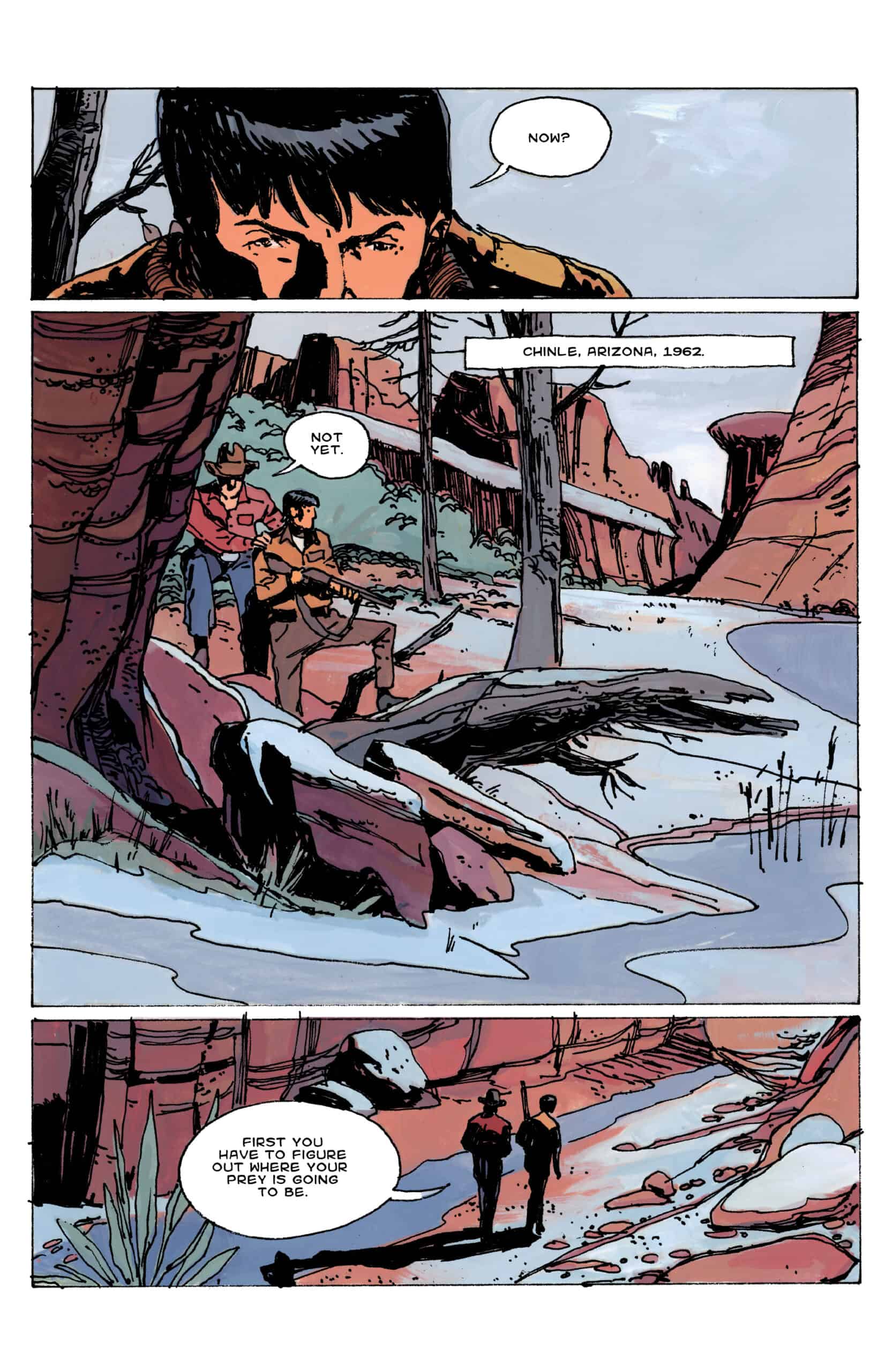 Racism towards the protagonist is immediately obvious, with other soldiers calling him Apache and asking where are the scalps after returning from a mission. His job is to scout out enemy locations and provide coordinates for bombs to be dropped. We are shown one of the dropped bombs with “Apache Delivery Service” written on it. It is important to note that there is a Cultural Consultant and a Sensitivity Consultant working with the creative team, Michael Sheyashshe and Azby Whitecalf respectively. The first issue does a solid job introducing readers to the protagonist, who is only addressed as Apache and kid, and the setting. The issue depends on the visuals of war with minimal dialogue. Tyler Jenkins and Hilary Jenkins are able to capture the gritty horror of the war without missing a beat and moving the issue along.

Identity plays a huge role in the series, and I am looking forward to seeing how Kindt explores it. The protagonist is fighting for a country that disregards and disrespects him, which is apparent when he returns from his mission. We are shown one soldier with his collection of ears taken from enemy soldiers, which was common practice in the war. This is shortly after the protagonist is mockingly asked where his scalps are. The end of the issue finds the protagonist offered the chance to find hidden treasure in the jungle, in this case, Nazi gold. This is a classic trope of war films, but clues of a serial killer stalking the jungle makes things interesting. Overall, Apache Delivery Service #1 sets up an interesting story with great pacing and cinematic art while exploring themes often left out of war stories.

Apache Delivery Service #1 explores racism, identity, and the horrors of the Vietnam War through the eyes of a Navajo soldier. There is gold to be found in the jungle but something sinister too.