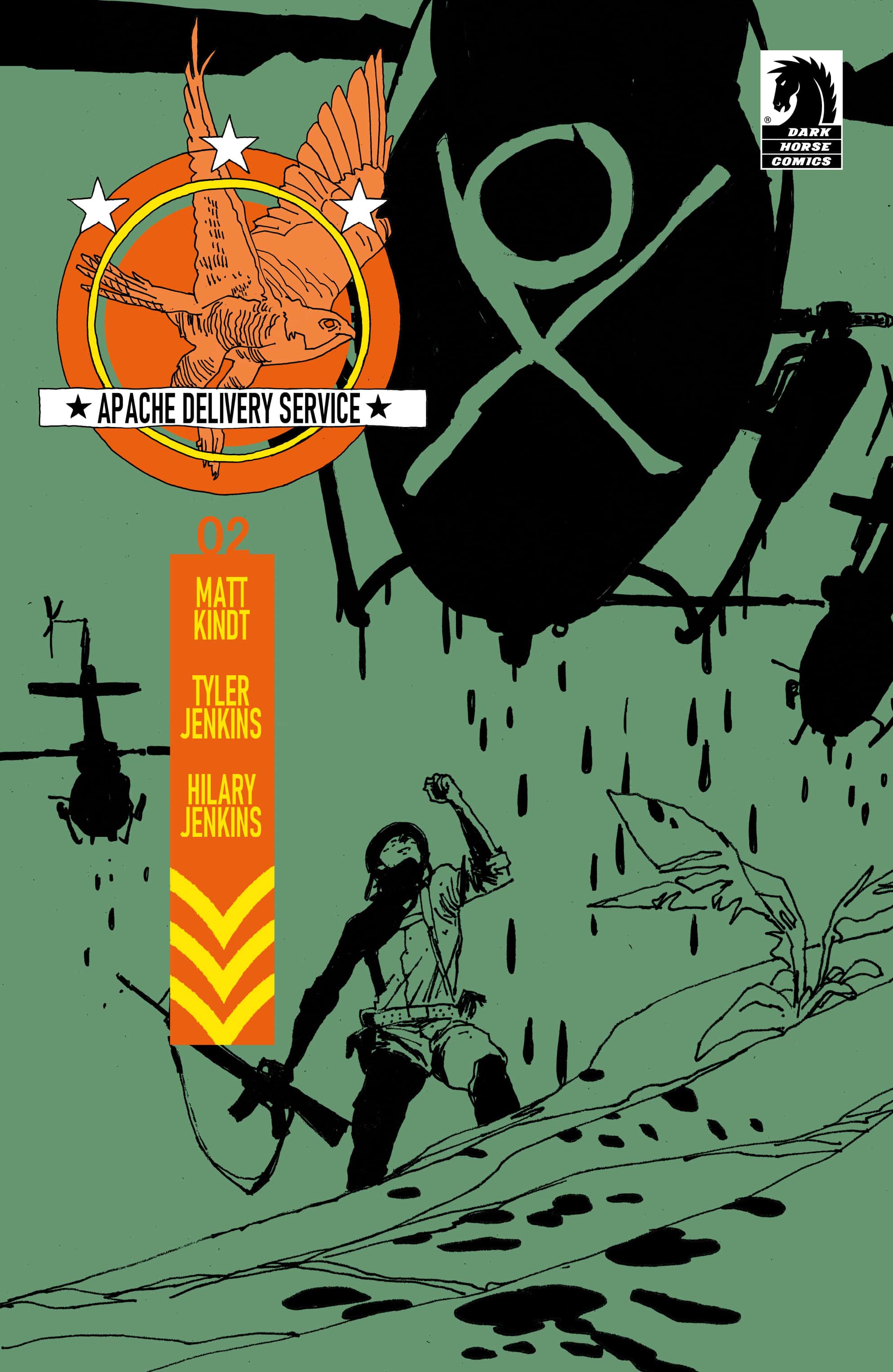 As Ernie and Sobrat journey deeper into the jungles of Vietnam searching for clues to a missing treasure trove of gold, they find themselves caught in-between a vicious firefight between both armies and also uncover a trail of mutilated corpses left by a mysterious killer hiding in the woods.

Of the series I have started this year, Apache Delivery Service has had me the most curious. The entire creative team is fantastic, so I had high hopes for the series. So far, the series is living up to that expectation. I was worried that this series would play out like a storyboard for the next Vietnam War movie, considering issue #1 was packed with tropes, issue #2 does a better job establishing itself as its own story, though as of right now it still feels like a generic “hunt for treasure in a warzone” story. I am a fan of this concept, but the series has a lot of potentials to break from those tropes. If issue #1 established the setting, then issue #2 establishes the tone, and the issue is packed with darkness and death. In terms of the writing, there is not a lot of dialogue, so the art has a bigger task of moving Kindt’s plot along. It does its job but might be doing too much of the lifting, at least for this issue. With an abrupt ending and cliffhanger, I am hoping the new two issues pick up the speed and break from some of the tropes. 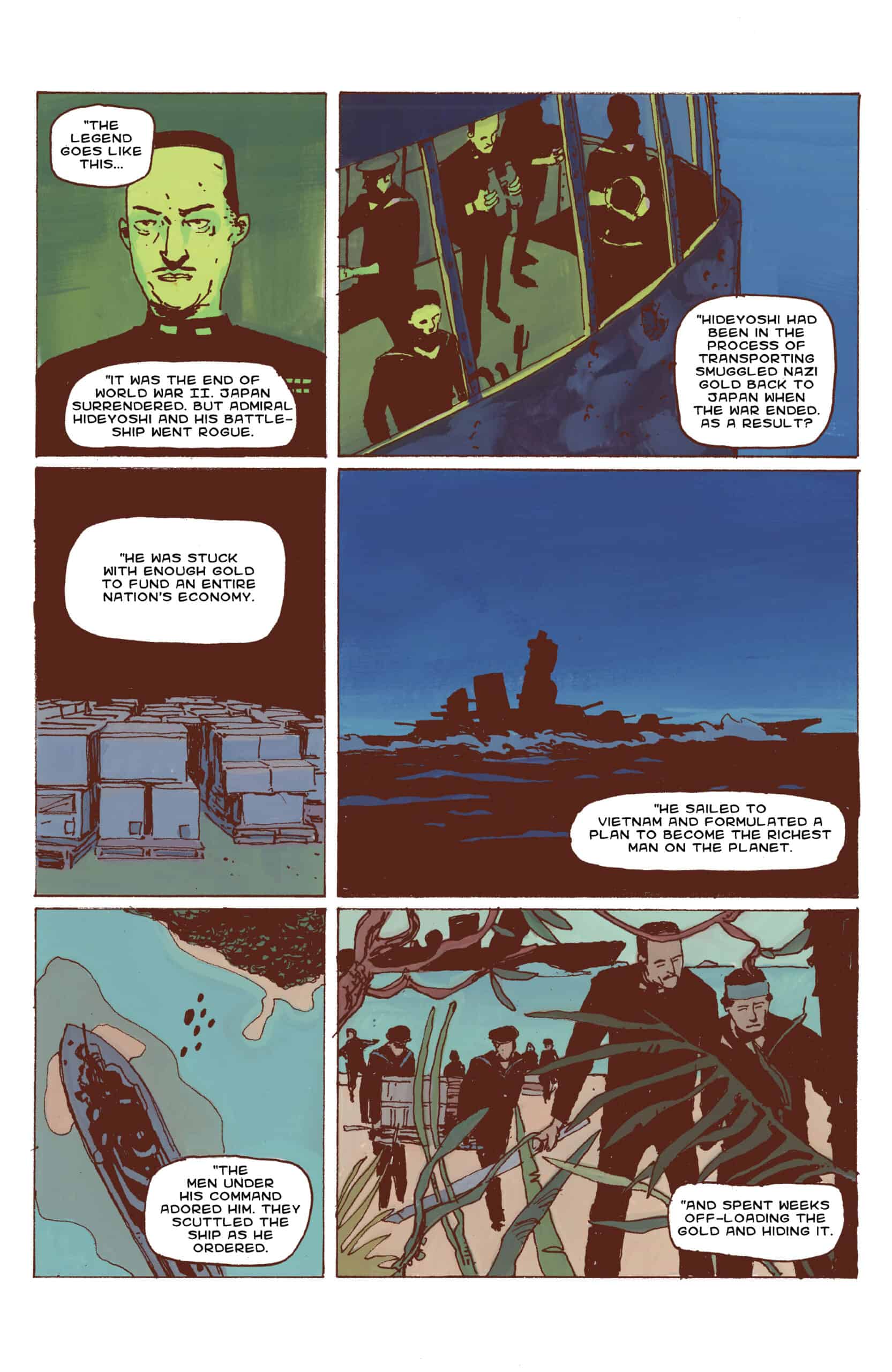 Tyler Jenkins’ art is wiry and rugged. It is highly effective in capturing the chaos and paranoia surrounding Ernie and Sobrat. Hilary Jenkins’ use of black, dark blues, and grays pair well with Tyler’s pencils and adds to the eeriness of the dark, as if anything thing could be creeping in the shadows. There is a great moment demonstrating this where the two men are suddenly caught in between a firefight. The almost instant switch from darkness to panels illuminated by gunfire and a flamethrower feels like a nightmare. The men are surrounded by death, and it was so sudden that there is no time to process it. Ernie asks, “Did that just happen?” For the amount of dialogue, I thought I would breeze through this issue, but I was surprised when I didn’t. The art is engaging and interesting enough to take your time and trace the shadows with your eyes. There were times when the art was a little confusing and disorienting, and I had to stop reading and try to figure out what exactly I’m looking at. However, if I was deep in the jungles of a warzone in the middle of the night on the hunt for gold AND there was a serial killer out there, I’d be disoriented too.

Darkness and death haunts the pages of Apache Delivery Service #2 as it picks up some speed and begins to break from familiar tropes!