Apache Delivery Service #4: This Is The End 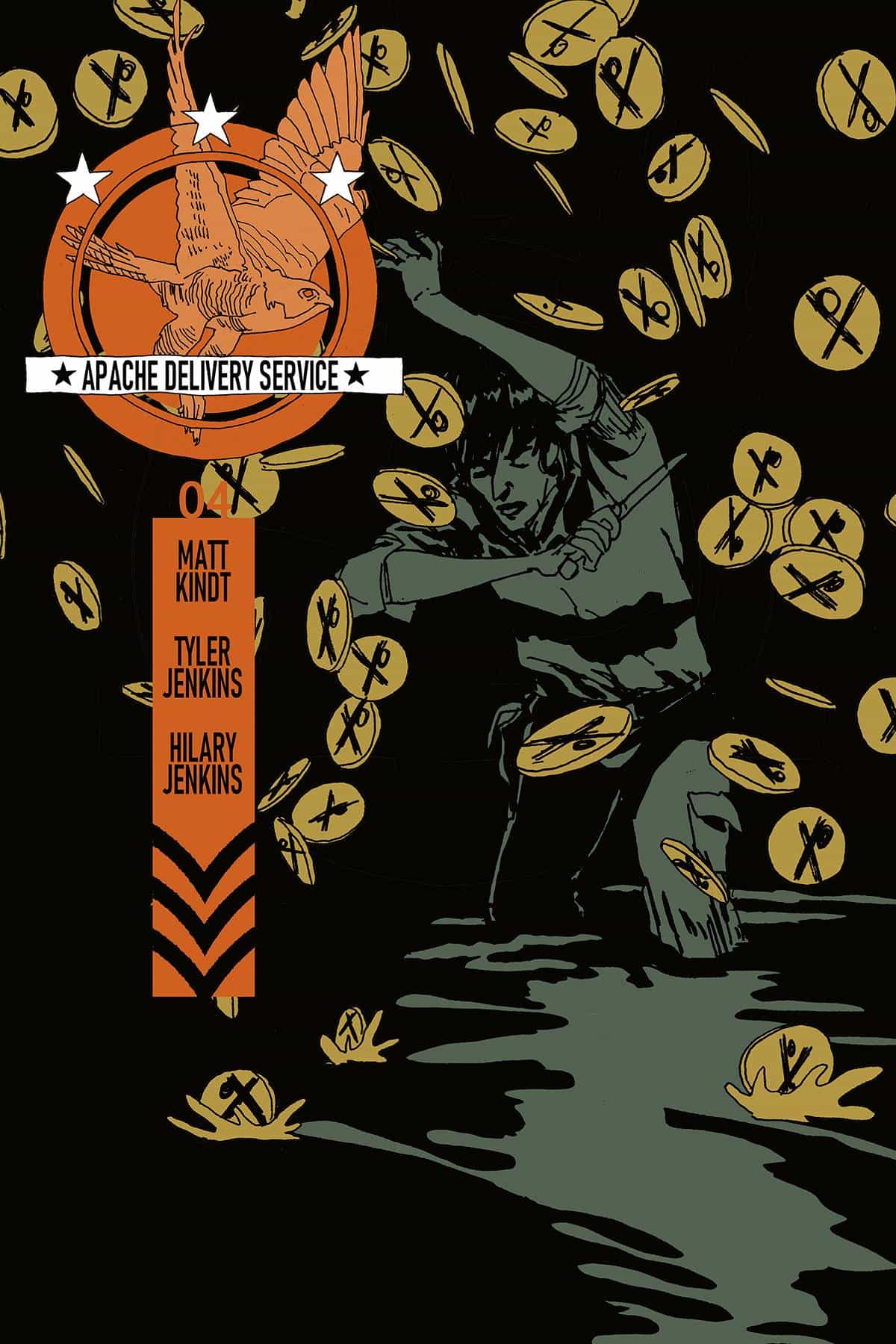 Ernie and Sobrat find themselves pitted between US soldiers, supernatural witches, and more on their hunt for gold in this final issue of the jungle war horror story!

Apache Delivery Service #4 brings Matt Kindt and Tyler Jenkins’ horror story to a close. Though readers have watched Ernie navigate the horrors of war, this final issue brings him some peace, or as close as you can get to peace in a warzone. I could easily see Apache Delivery Service as a film or series, though I do not think it would be as effective. Tyler Jenkins’ art plays a huge role in that. I have described the art in this series as crude and wiry and that isn’t a criticism. The style fits perfectly with Kindt’s writing. War isn’t pretty, especially when we have seen Ernie surrounded by death for four issues. Jenkin’s art captures a lot of the anxiety and uneasiness of the story. Hilary Jenkins’ colors also play a huge role in the effectiveness of the story. She makes great use of darker earth tones, especially when depicting the hidden caves and dark jungle. Together, the two artists capture the dread surrounding Ernie.

After all, Ernie has been by the side of a serial killer. This issue showed a glimpse into Sobrat’s past, and we learn that he was abused as a child, which is always devastating. Most likely stemming from that trauma, we also see a younger Sobrat killing and mutilating animals, and eventually people, often taking trophies from the latter. Sobrat purposely entered the warzone as a cover for killing, and even says that Ernie is just like him. They both bring death to the war. The returning image of the deer Ernie killed before the war versus the one the drunk hunters did makes a lot more sense to me after Sobrat says Ernie is just like him. There is a difference between killing for survival and killing for sport. By the end of this issue, Ernie makes a choice to kill, and for the first time in the war, it is his decision.

APACHE DELIVERY SERVICE #4 brings the series to a close and Ernie some peace, or as close as you can get to peace in a warzone.

Apache Delivery Service #4: This Is The End