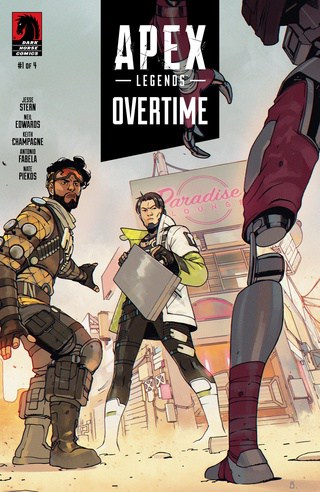 The Legends from the battle royale video game find themselves pulled together to rescue the city from mad scientists, brutal assassins, and the sudden and sinister grip of the Syndicate, a corrupt cabal attempting to ''fix'' arena outcomes in their favor. Will the Legends hold up to their celebrity status and be the heroes Solace needs?

While battle royales videogames are nothing new, they have been dominating the video game world for the past few years. There is Apex Legends, Fortnite, and Call of Duty: Warzone to name a few. These are just a few of the free-to-play games, which may be a key to their popularity. While Apex Legends may be free-to-play, Apex Legends: Overtime #1, will be the standard price for a comic book. Do Apex Legends players care about the background to the game, if not, who is this book for? I am interested to read the coming issues because, as of right now, I feel that issue #1 is off to a slow start and doesn’t quite accomplish what it is aiming for. However, this is a chance to flesh out the world of the game. Video games like Apex Legends are purely multiplayer with fast-paced, no long-term commitment gameplay. Players might not think much into anything outside of the current objective or that specific match they are playing, so will they go out of their way to read a tie-in, or is it just the gameplay that they want? 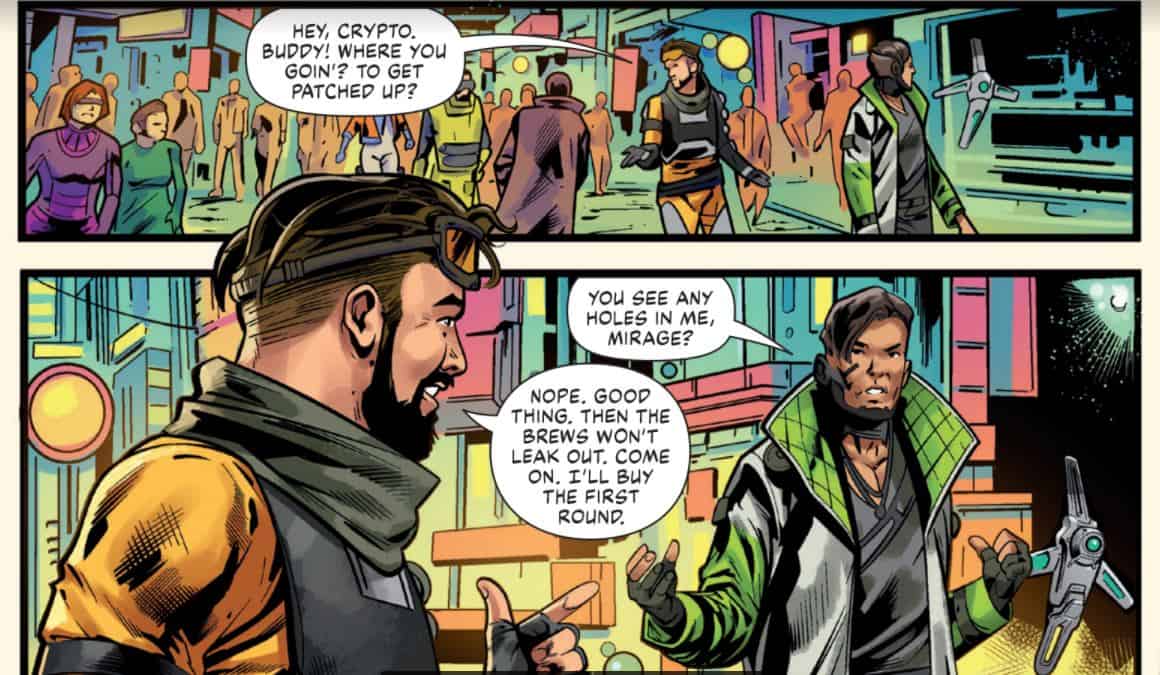 Neil Edwards’s pencils, Antonio Fabela’s colors, and Keith Champagne’s inks create interesting and cool visuals which save the issue. I would love to see this creative team on a book with a similar style that isn’t a tie-in to a game because the property they are adapting might not leave room for creative risks. Character designs are interesting enough and seem appropriate for the game’s lore. However, other than the title and a few nods to the game mechanics and character designs, nothing really stood out to me. Some of the writing feels oversimplified and repetitive, almost as if the writing was fleshed out after the art was done. There is one instance where the same information is repeated in two consecutive panels. This may be because these types of games are often played by children, so the comic may be trying to do the same. Simpler writing can prevent alienating readers. However, there is an enema joke that seemed so out of place to me. 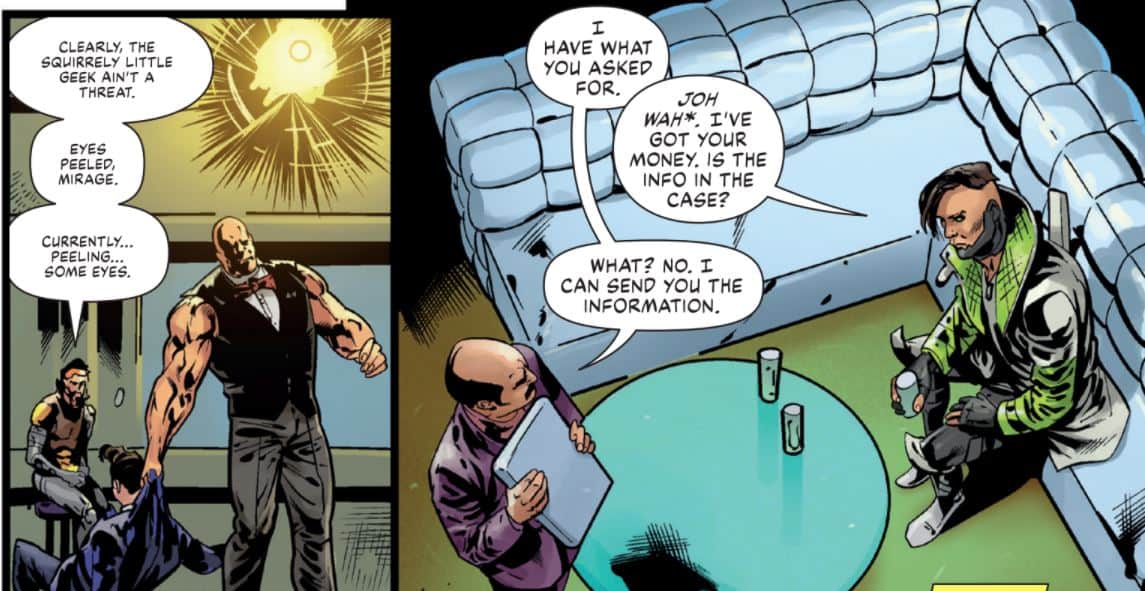 I do see a lot of potential in this series. There is no good in writing off a book based on the first issue, and that is not what I want to do. Storywise, things seem simplified and somewhat confusing, but this not be a bad thing. Jesse Stern has the opportunity to expand the lore of a game that millions of people play. I also really enjoyed how Stern is breathing life into some of the playable characters. Characters in these types of videogames are often simply shells for the player. It may be exactly what a fan of the game needs if they pick up this book and aren’t familiar with comics. If the game’s visuals are a defining feature, maybe the same will be for the book. While this is a tie-in, I think it will be able to find its own voice and look.

Battle royales put you in the shoes of the character, but while some games are more story-based (mostly single-player games), battle royales are fast-paced and do not require an in-depth story to play. You play a match, win or lose, and repeat. Apex Legends: Overtime #1 aims to fill in some of the gaps of the world of Apex Legends, but gamers may be more eager to get back into matchmaking than picking up an issue.