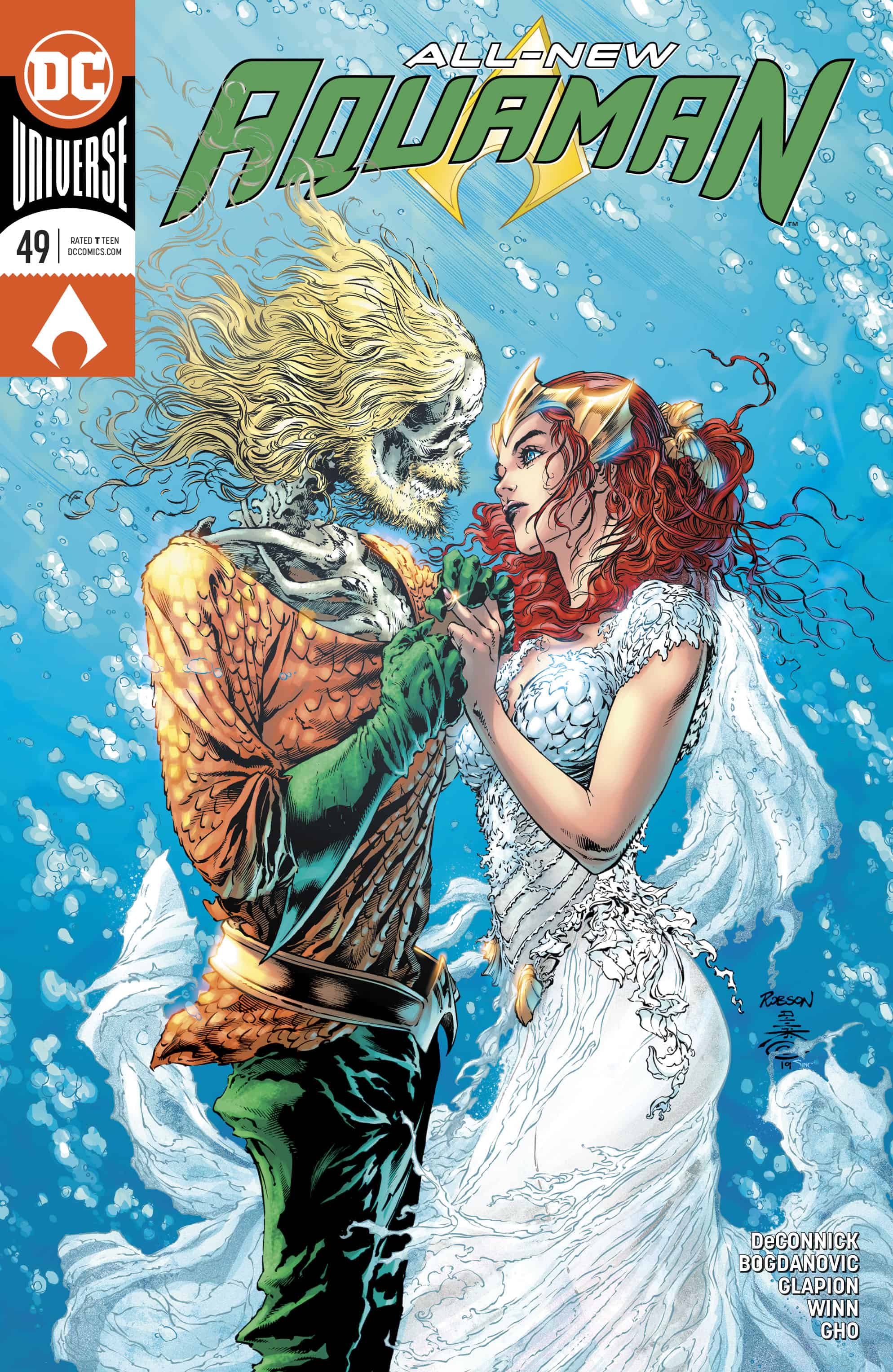 Arthur learned the true nature of his death and a lesson about not poking a bear! Some other stuff happens too but that's basically the bulk of this quick entertaining issue. 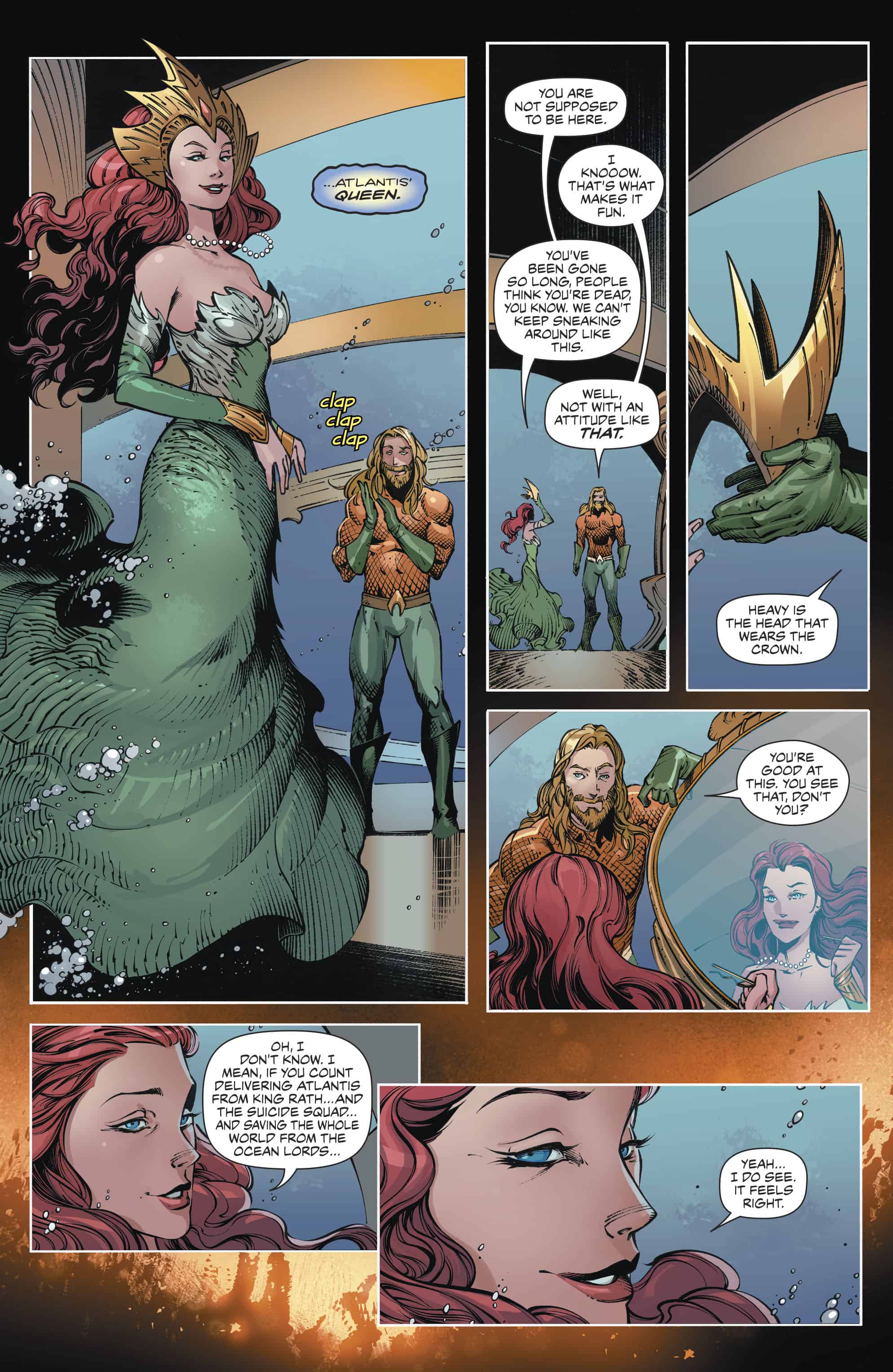 Bit of a double standard this issue considering were it written by a man this depiction of Mera might make me uneasy but I figure KSD (more due to her capability as a writer than her gender, honestly) has a plan one way or the other. An interesting question is whether Mother Shark is on the up and up or trying to turn Arthur against Mera? Interesting. As is the revelation of Mera’s pregnancy!

As for the lesson I mentioned earlier Aquaman should have known better than to antagonize a pregnant woman with hydrokinesis. Honestly being the oldest of 5 and having a kid of my own I’m surprised there aren’t more comics where the heroine gets pregnant and goes a bit crazy. Actually there was a short arc in Thunderbolts if I remember correctly, it ended with Songbird taking in the National Guard maybe? That said Arthur’s frantic backpedaling after she tells him does entail some level of an ass whupping. 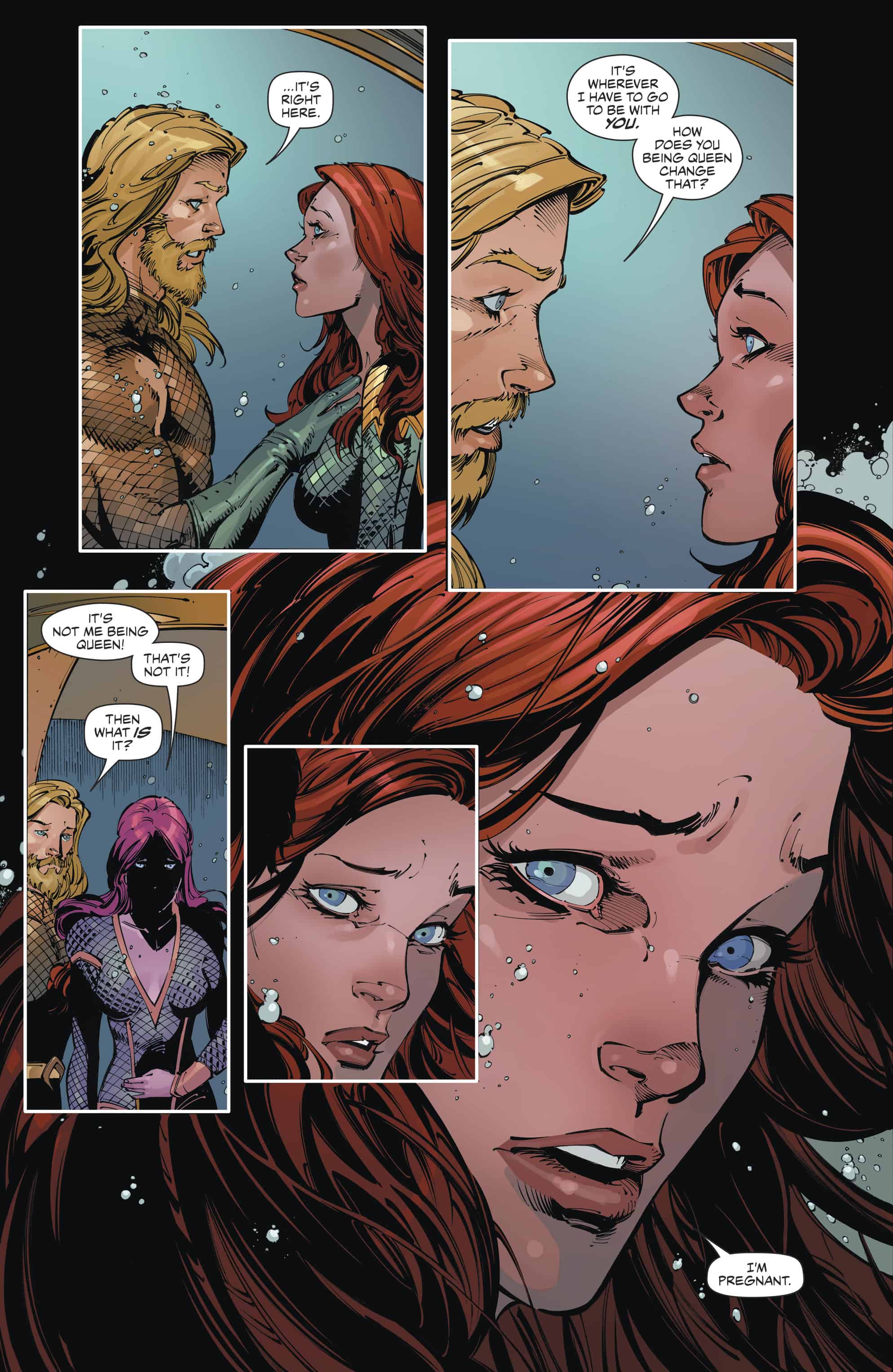 The question is raised after this issue, assuming Mera knows she killed Arthur, has she been covering it up? She’s covering for him in Justice League I’m just so curious what’s going on. This does further my thinking that maybe this is a false memory implanted by Mother Shark to draw them apart?

The art by Victor Bogdanovic is a bit hit or miss especially in terms of facial expressions, which is unfortunate as this issue is like 85% dialogue. I was really loving his art last issue I really hope this isn’t the new normal for this book.

A decent issue, I really hope it isn't some bait and switch false memory nonsense and we get some answers regarding Mera soon.