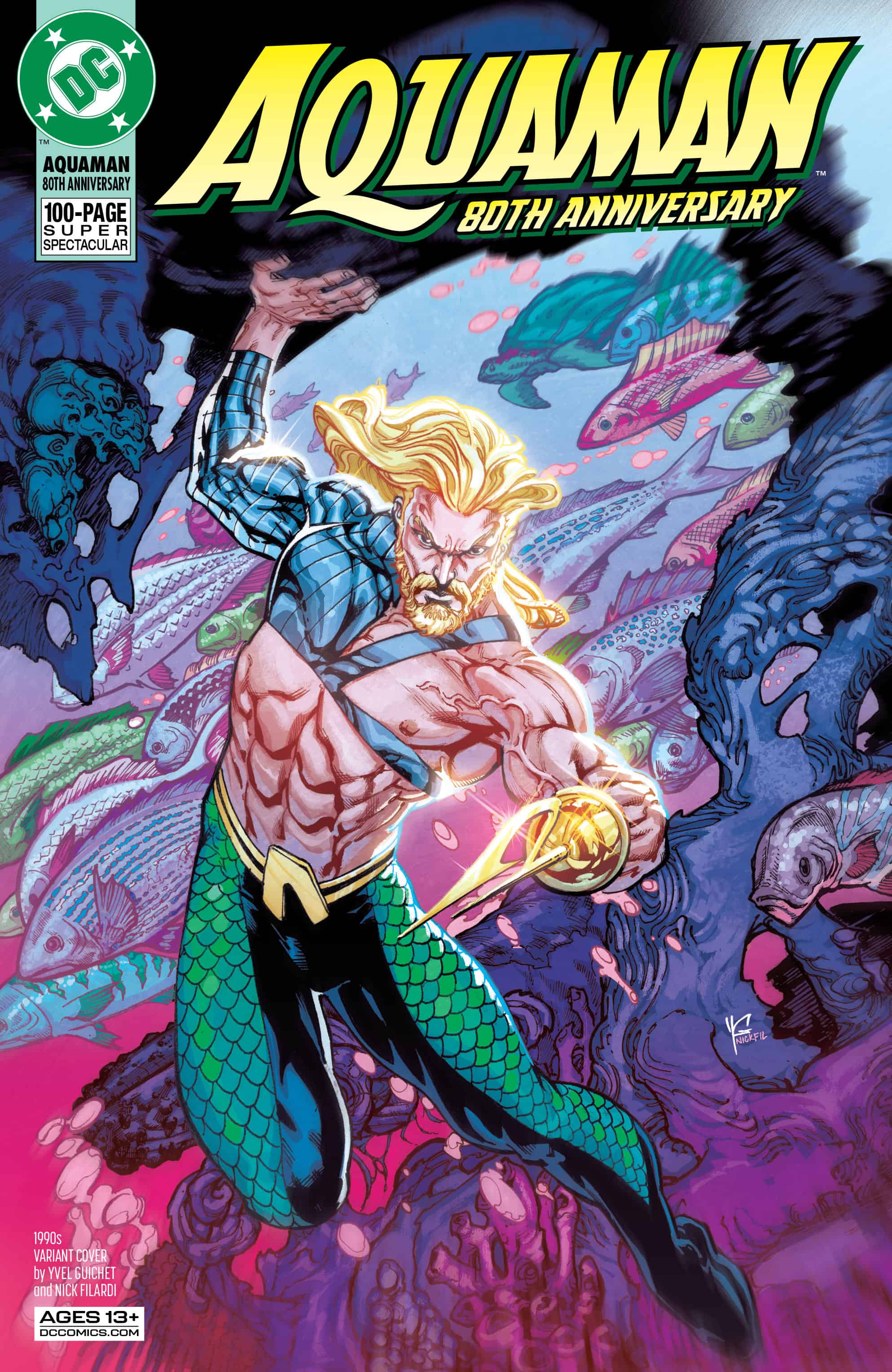 Take a little trip back to 1986 and Aquaman's less-than-iconic blue suit... and then go with him all the way back to ancient Atlantis in a story you didn't know you needed until now!

This issue harkens back to an era for Aquaman that is near and dear to my heart. The Ponzer/Hamilton run on Aquaman (4 issues) landed squarely in the time in which Aquaman was relegated to mini-series after mini-series, rarely taken seriously. Blue Suit Aquaman era, to me, represented a turning point for the character that ultimately culminates in the Peter David run as a turn from farce to serious character.

“Multitudes” beautifully captures the magnitude of that era, showing an Arthur that is conflicted about his place in the world. By tying this story to the story of Arion, the ancient sorceror king of Atlantis and ancestor of AC, the story manages to encapsulate this moment in history in a unique and engaging way. Ever the wordsmith, Phillips pulls the reader in from the first panel as we contemplate the various modalities of Aquaman and then hits the reader over the head with the distant memory of the time he killed his brother, Ocean Master/Orm. From the gates, this story is serious, heartfelt, contemplative. Then come the Wolf-Men and you are reminded that the 80s were an awesome time to be alive and reading comics!

Artistically, the story is absolutely stunning. There is almost a Joe Madureira feel to the style, with Prasetya’s use of deeply heavy outlines and clean details. As you migrate into the backgrounds, the level of attention paid here is more than any reader could ask for. The stark contrasts between Arion and Aquaman in terms of color palate jump off the page, as well. It serves well to demarcate the differences between the characters. And lets face it, Arreola has to be a special colorist to make the blue suit look cool. If I have one complaint, it’s the underuse of Travis Lanham and his knack for sfx but seeing as it was a short and quite introspective story, it can be forgiven.

A standout among a number of great stories, "Multitudes" in the Aquaman 80th Anniversary Special is a wonderfully thoughtful but still fun story from an oft-ignored era for the character. From #DCComics @Steph_Smash HendryZero on IG, Ulises_arreola on IG, @TravisJLanham