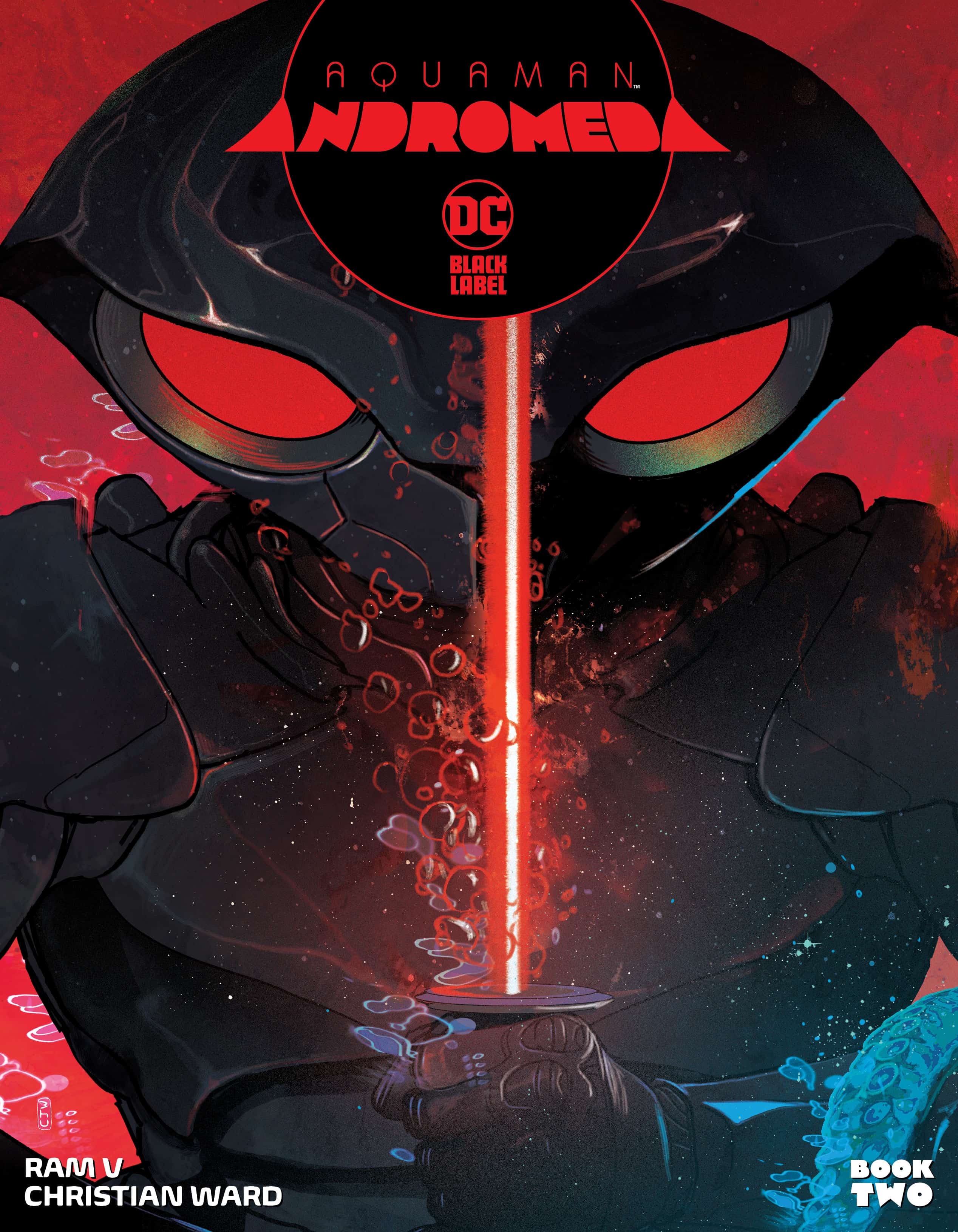 When an underwater explosion rocks the crew of the Andromeda, Aquaman comes to their rescue, but the damage has already been done. The explosion has damaged the ship's core and unleashed a sickness that will threaten everyone on board. But as tensions flare, Black Manta makes his move-it's information he's after, but what do ancient aliens have to do with Atlantis?

Most of the best comics examine the human condition through a particular lens. Our selfishness, our bravery, our weaknesses, and our strengths are examined through the exploits of mysterious heroic paragons we call superheroes. Ram V balances the physical action in the present with another character examination of one of the Andromeda’s crew, in this instance Captain Feldt. It’s important because it frames what happens next when things go awry on the “alien’ vessel which turns out to be not exactly the “alien” the crew was expecting. Aquaman serves as hero and warning but of course, it’s too late as the mystery of what this vessel contains, which is not really a vessel but rather an elaborate prison, unravels and its sinister secret has already penetrated the ranks of the crew with devastating consequences. 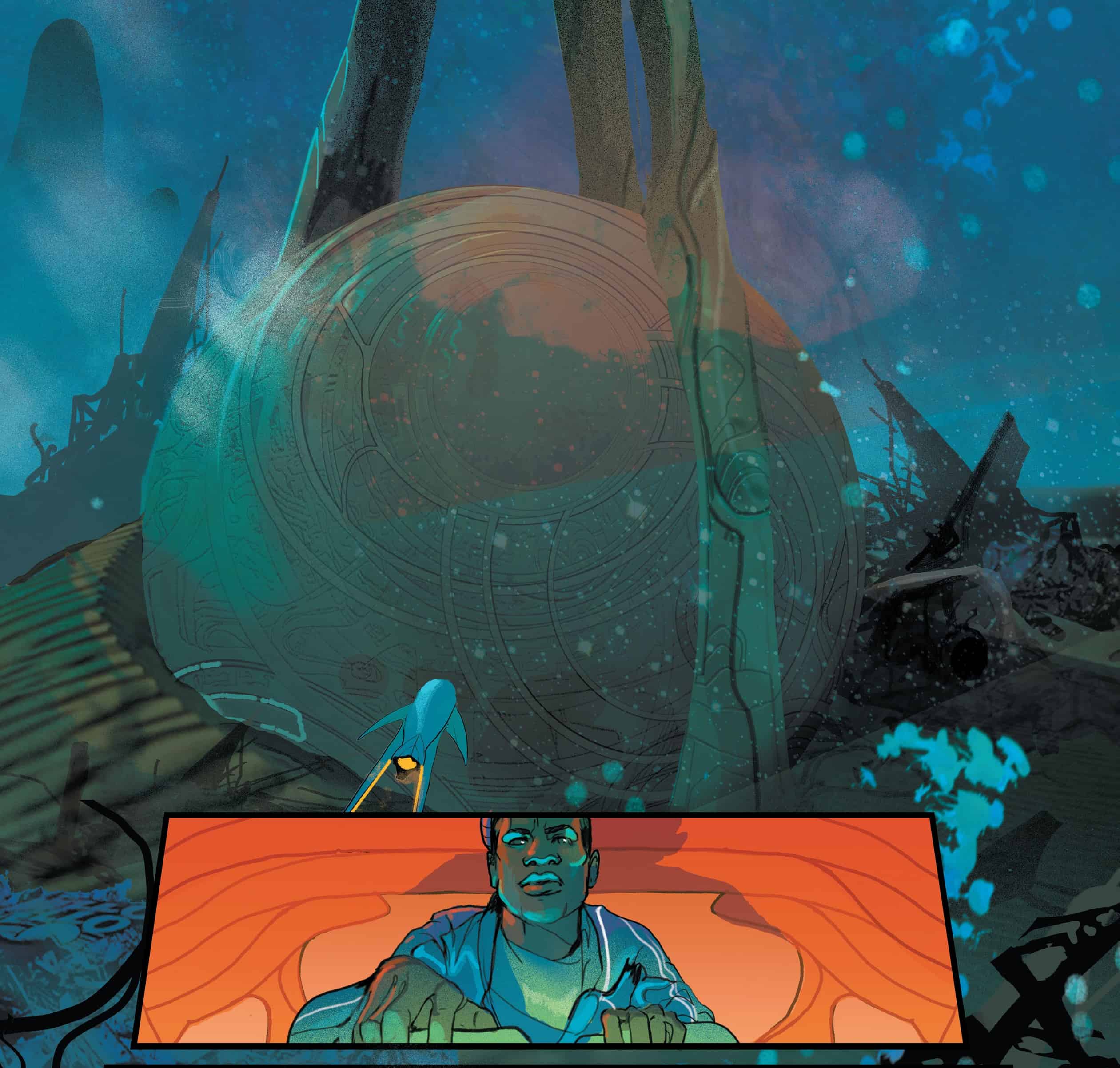 Ram V then slides into another element… The Black Manta. He isn’t there to fight Aquaman, he has his own agenda. He wants information, he is also smart enough to know the danger the situation presents and he has his own plan to get what he wants even if Aquaman is around. The question is will he get what he wants before the mysterious sickness Captain Feldt and some other crew have brought aboard destroys everything? It’s a tension-driven issue as things progress from bad to worse. Aquaman remains only slightly less enigmatic and mysterious as in issue one, he is a legend of the ocean, a mystery to never be unraveled fully by humankind or the characters in the book although Ram uses the character of Verne as a kind of bridge through which the mysterious king of the sea seeks to help the humans. The approach works marvelously and the issue pushes the levels of dread higher and higher as it progresses. When it comes to the threat itself, though not entirely defined and still fairly nebulous, I can’t help but be reminded of an underwater sci-fi movie called SPHERE and wonder if Ram V took any inspiration from it, or if it’s just my imagination drawing parallels. 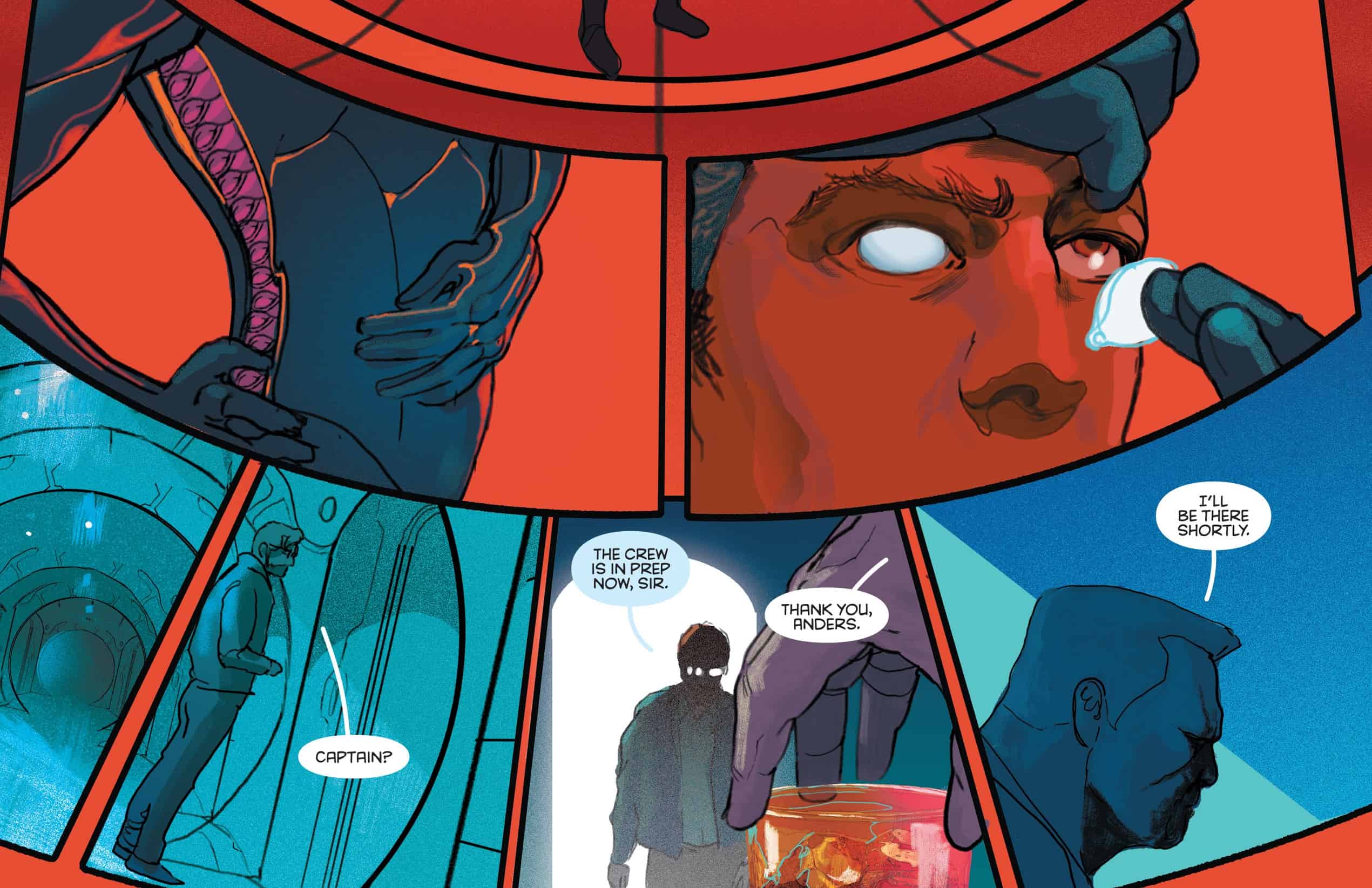 Christian Ward continues to bring the script to life through beautiful multi-hued art. There’s a clever use of red with the Black Manta scenes versus the blue and yellows of scenes with Aquaman in it that set them as enemies and opposites simply through the use of color. The interior of the craft is deliberately alien and Ward’s use of almost fluorescent fuchsia for the threat is another key feature in telling the story and adding an edge with color alone. In issue one there are haunting elements around the relationship with water for the human characters, in issue one, it’s Verne’s father drowning (the scene is brilliantly echoed in this issue) while here in issue #2 there is a haunting panel by Ward involving an injured crew member looking back and seeing faces in the blackness as they leave the Atlantean vehicle. Again Ward’s ability to manipulate color and line to convey emotional range mostly focused on tension is flawless.

Issue two is a tale of terror deep beneath the sea, as the situation deteriorates for the Andromeda crew with Ram V adding additional elements into the script to heighten tension on several levels. The physical threat and psychological terror are held in perfect balance here. aA the same time, Ward's art flawlessly brings that tension to life with beautiful line work and the use of color that plucks masterfully on your subconscious.