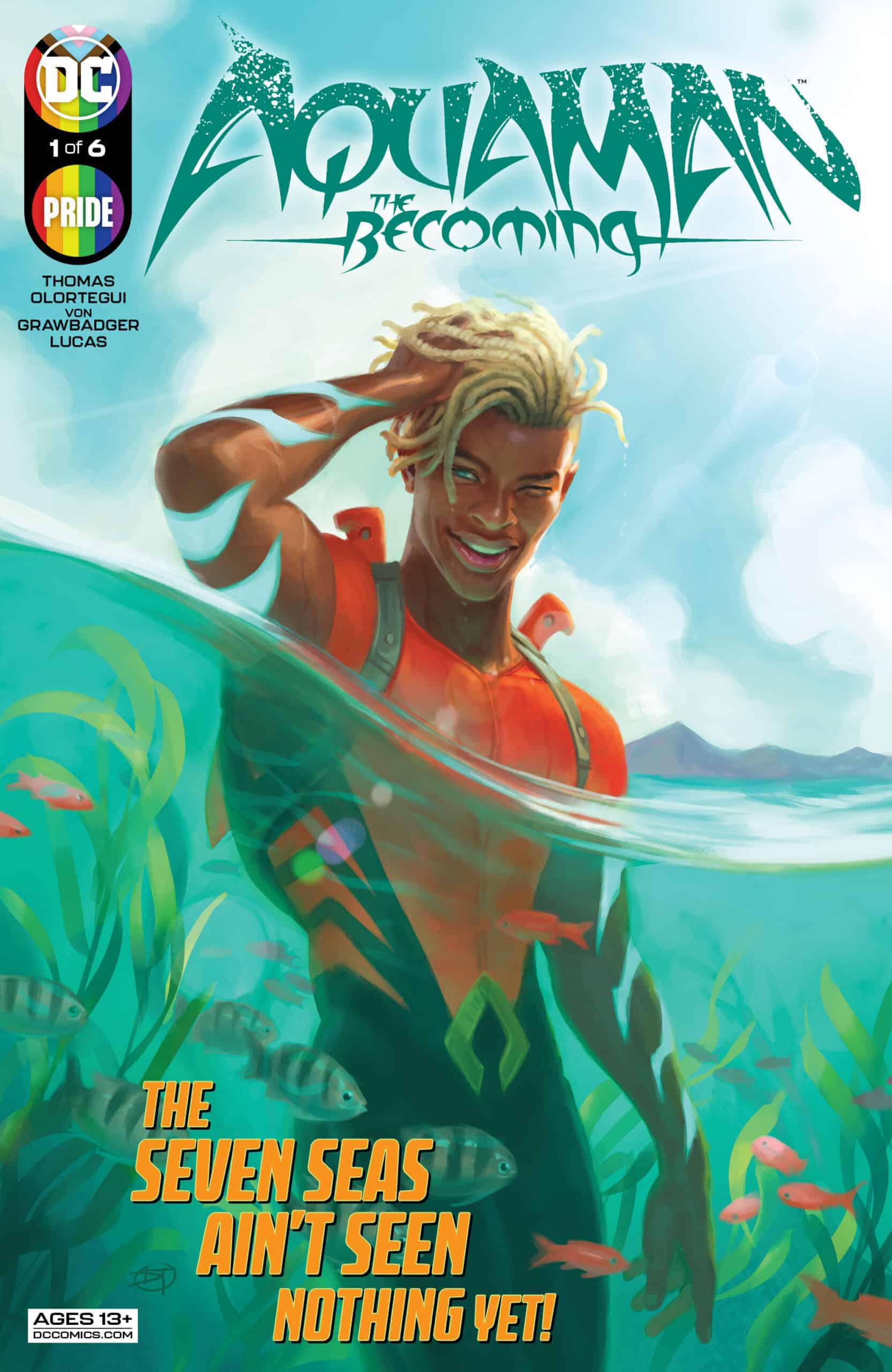 Jackson Hyde finally has it all.

Mentors who support him, a community that loves him, an honest relationship with his mother, a cute new guy in Amnesty Bay who’s caught his eye, and access to Aquaman’s private training facility in Atlantis. Well, he had it all-until that training facility and half of the Atlantean palace got blown to kingdom come with Jackson in them. Now Jackson stands accused of wrecking the life he worked so hard to build. Aqualad’s going to need all of his skills, wit, and cunning just to prove his own innocence, let alone graduate from sidekick to Aquaman!

Aquaman: The Becoming #1 is rooted in a concept that we haven’t seen yet. A queer hero of color taking on the mantle of a legacy hero, not in a separate part of the multiverse, but as a resident of Earth-Prime. This aspect alone would be enough to endear this title to me, but the execution goes even further. Aquaman: The Becoming starts off as a title that neither ignores nor exploits these aspects of Jackson. 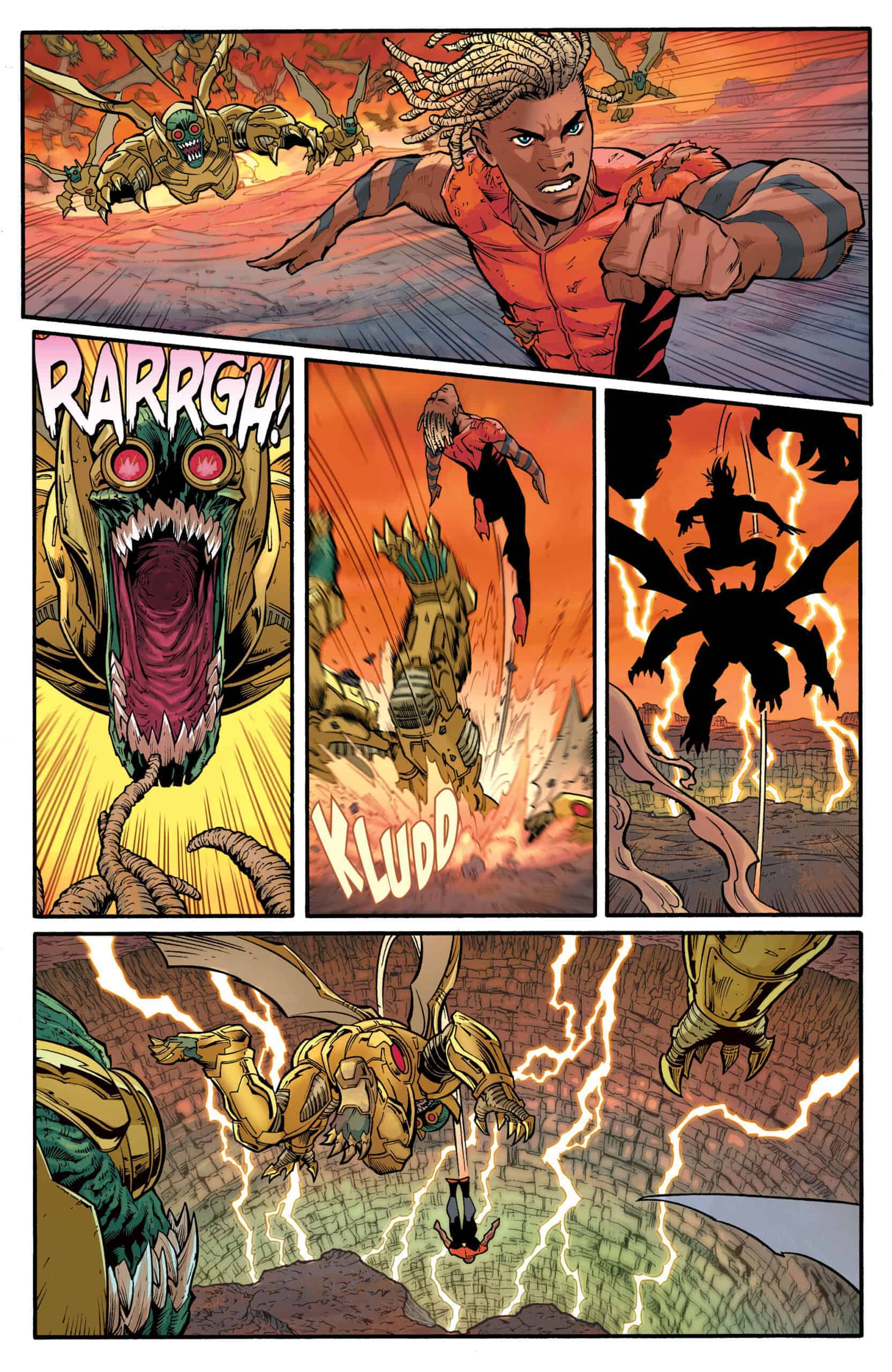 Brandon Thomas sets the tone of Jackson’s starting point with the interactions of the title character with those around him. These moments paint the picture of Jackson’s life and the support he has in a way that does not require the reader to enter the series knowing much about Jackson Hyde or Aquaman lore. Thomas’s pacing of the story relies on this positive baseline as the action progresses and Jackson’s status quo is threatened. 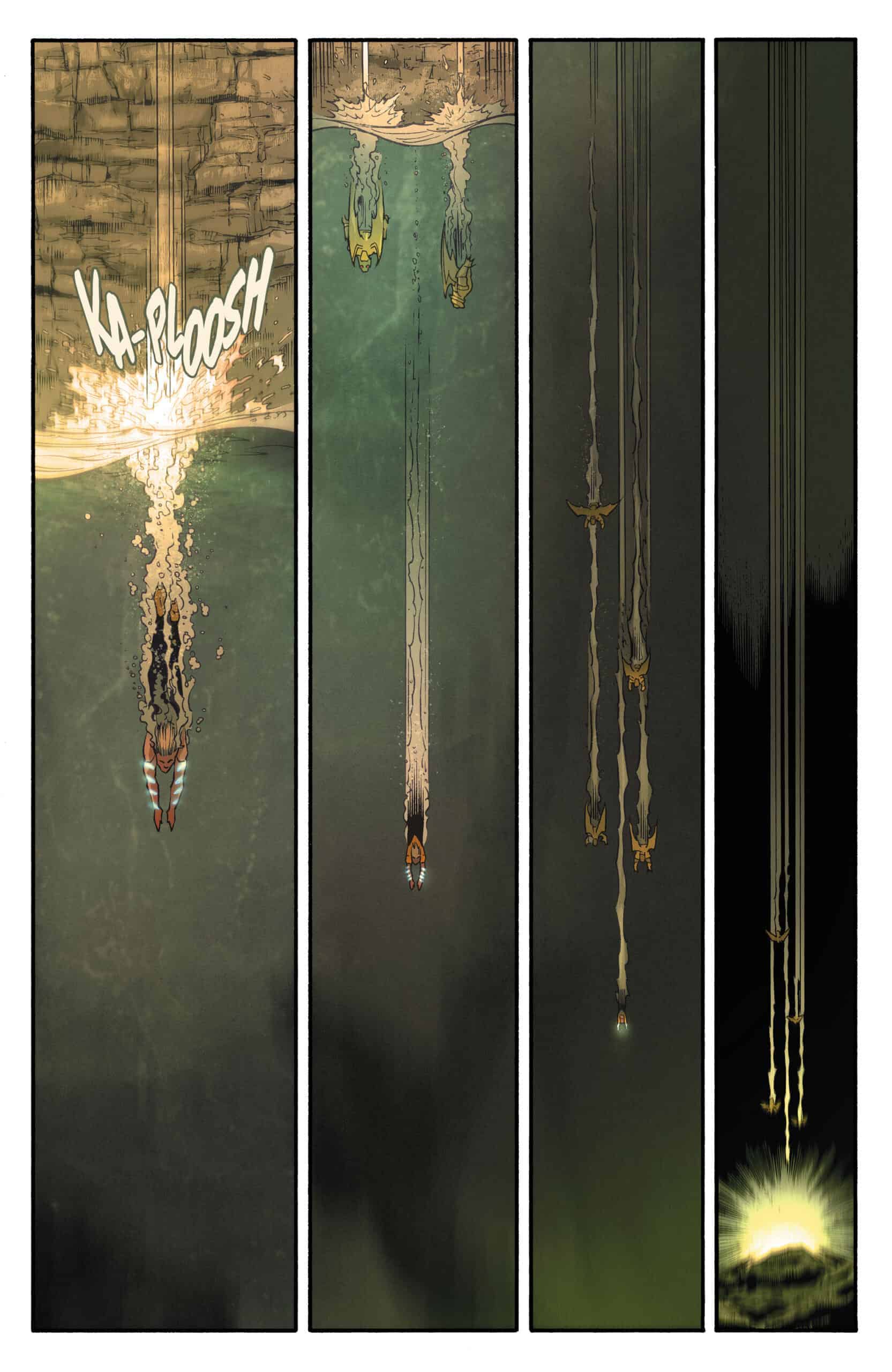 The art by Diego Olortegui and Wade Von Grawbadger, with colors by Adriano Lucas, show a versatility to match the story. The fighting scenes are clean and easy to follow, though some facial expressions in the final battle distracted from the action. However, most noticeable was the expressiveness of the characters that helped set up the baseline Thomas conveyed. Jackson’s bow to Mera. His relaxed stroll through Amnesty Bay. The awkward panic when he encounters a cute waiter. Each scene uses the art to tell the reader more about Jackson and his relation to the world than the words would be able to on their own.

Aquaman Becoming #1 (Thomas, Olortegui, Grawbadger, & Lucas) provides an easy digestible and incredibly enjoyable entrance point to the next step in the journey of Jackson Hyde.