Aquaman: The Becoming #3: No Safe Home 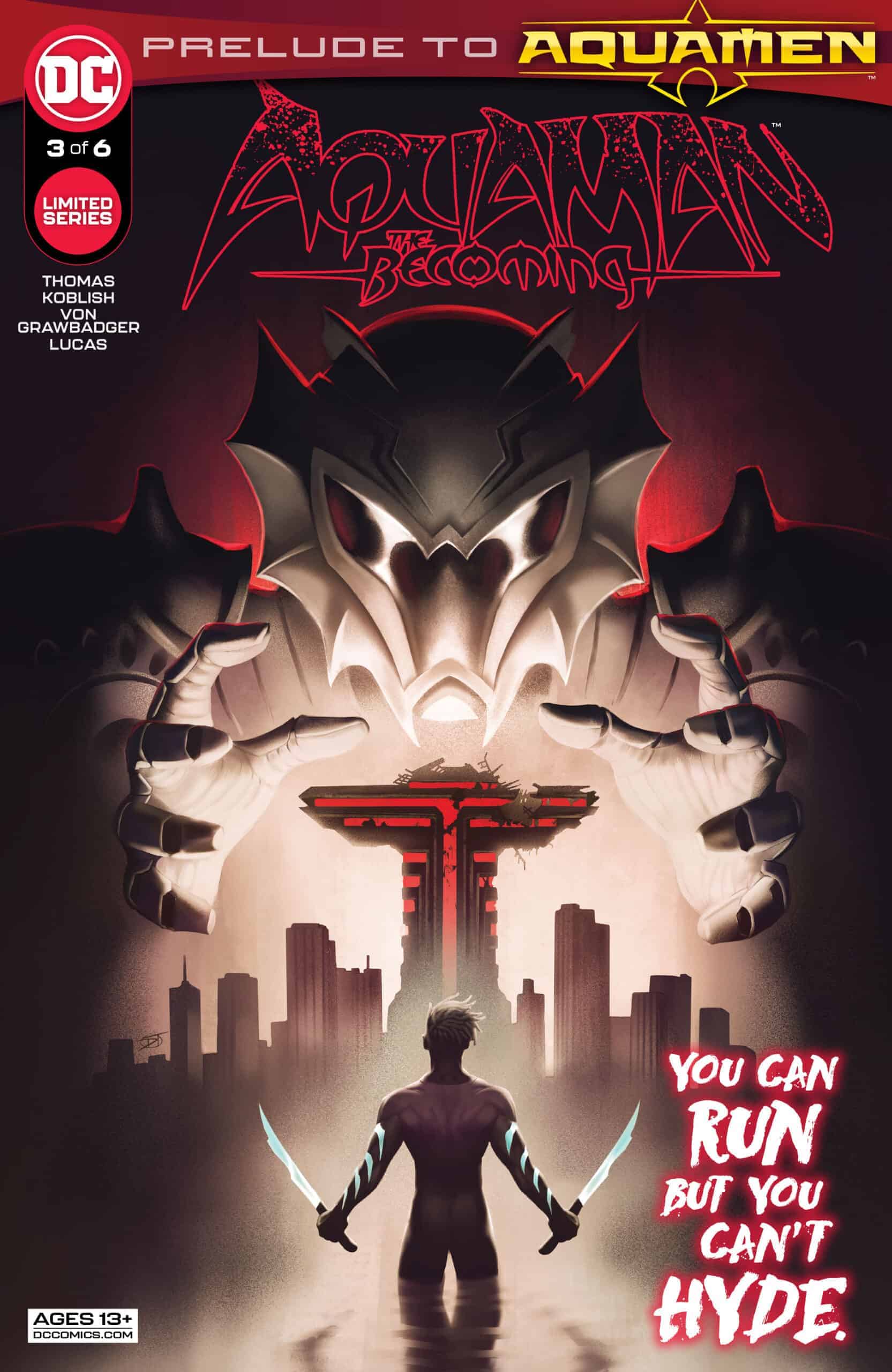 There’s no safe haven quite like home…if you can call the destroyed and abandoned West Coast Titans Tower home! Jackson may have eluded the Atlantean guard, but he’s in for the fight of his life with the mysterious villain DELUGE, who framed Jackson for the Atlantis attack and seems hell-bent on his destruction!

Aquaman: The Becoming has reached the midpoint of its story. Jackson Hyde makes his way to the safety of the abandoned former Titans headquarters. Mera continues to try and unravel the mystery of the bombing Jackson is accused of. And Jackson’s moth continues to try to hold on to her secrets. 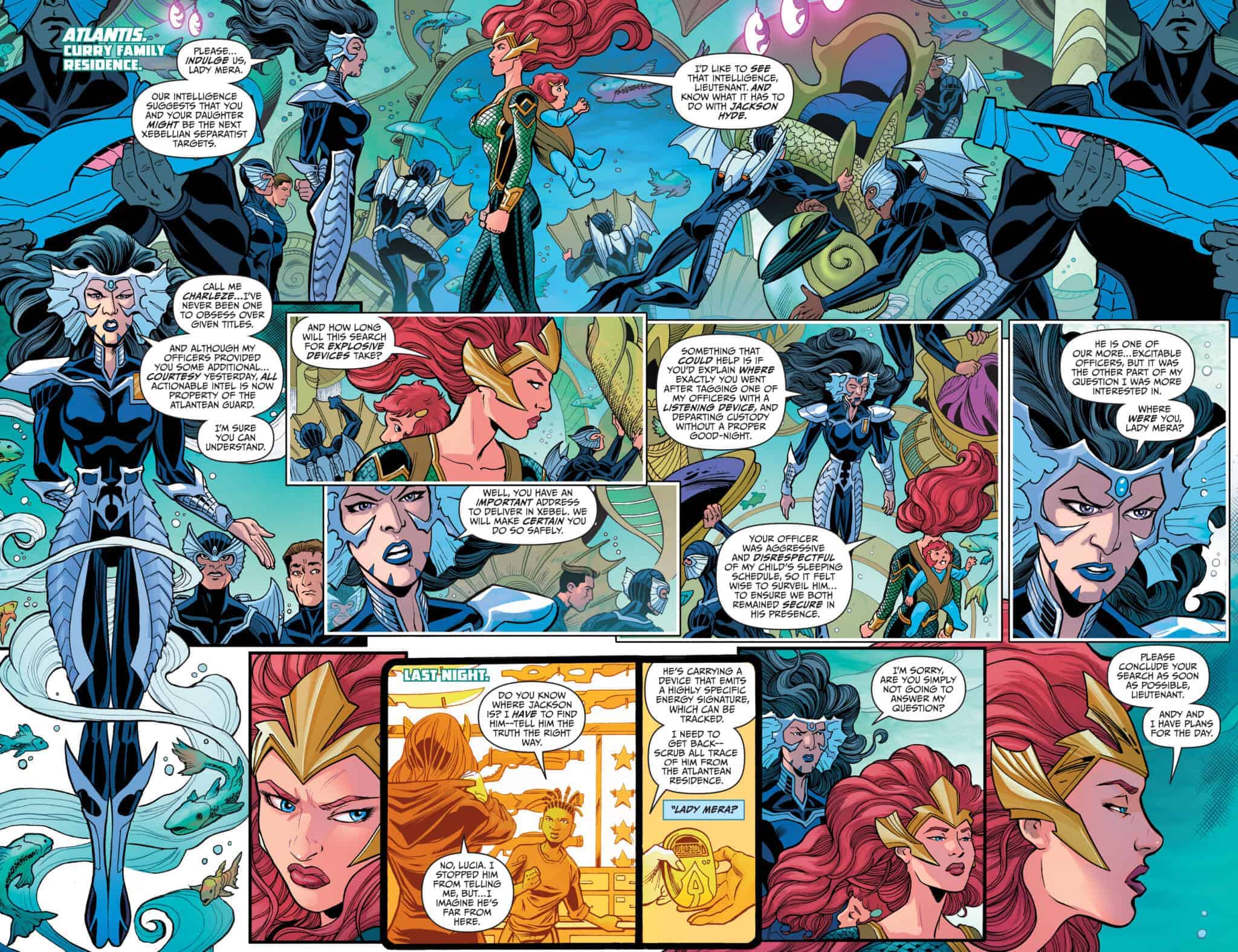 Unfortunately, the weakness of Aquaman The Becoming #3 falls to its placement in the story. It appears to be the story’s turning point, where answers begin to be provided to the questions Brandon Thomas has been laying for the first two issues. But this turn doesn’t happen until the final pages. The majority of the Altantean portion of the issue consists of people talking about the events of the past two issues. Meanwhile, Jackson’s pages primarily consist of him fighting to get from point A to point B.  Though the reader receives character interactions between Mera and Lieutnant Charlete and the entrance of Ha’Wea to the story, there appears to be minimal signs of advancement of this story until the last few pages. 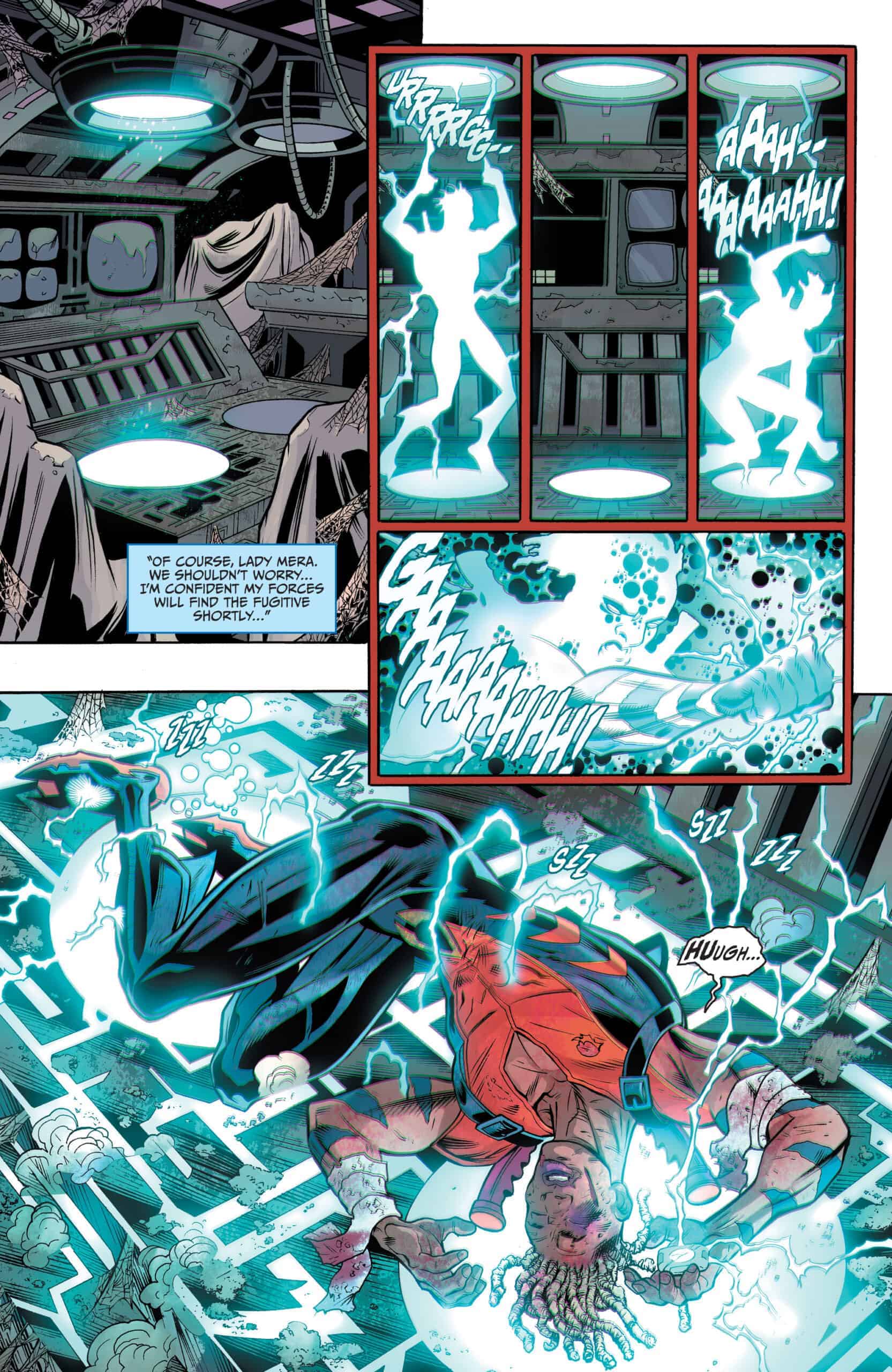 Scott Koblish joins this issue on pencils, Wade Von Grawbadger remains on inks, and Alex Guimares joins Adriano Lucas on colors. With the dialogue-heavy aspects of this issue, the art team does not have as much opportunity to shine as in previous issues. Alternatively, the lettering done by Andworld Design steps up to add weight to these pages. This isn’t to say that the rest of the art team doesn’t have their moments. They provide a harsh look at the damage Jackson has received and foreshadow the final reveal in both the actions and portrayal of the fight between Jackson and Deluge. As with previous issues, both the cover by David Talaski and the variant by Kjary Randolph and Emilio Lopez are both stunning. Talaski’s cover sets a tone for the comic, and Randolph and Lopez provide a dynamic portrait of the title character. 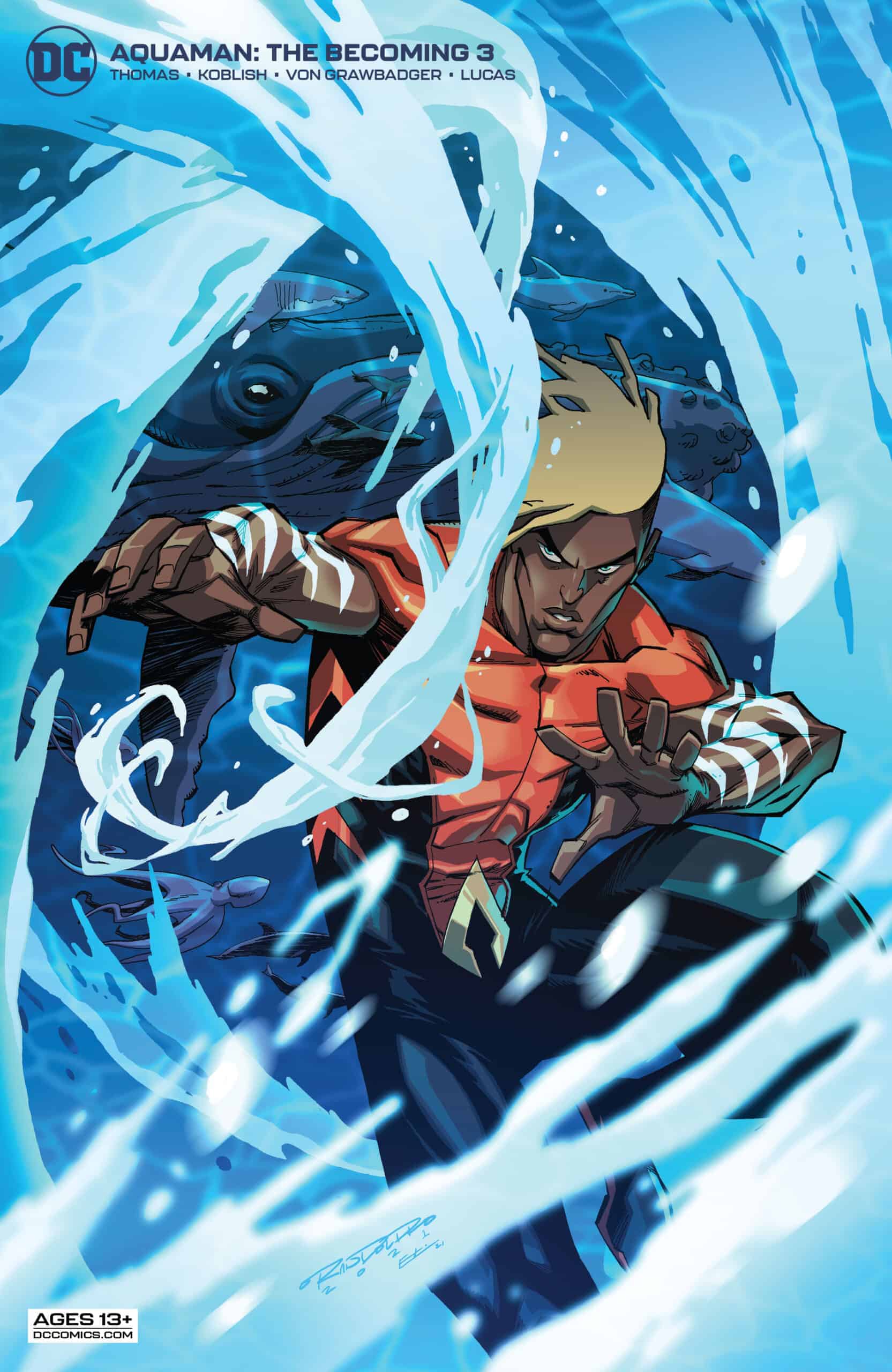 Aquaman: The Becoming #3 (Thomas, Koblish, Von Grawbadger, Lucas, Guimaraes, and Andworld Design) serves to set the stage for the remainder of the series, with the final pages promising excitement to come.

Aquaman: The Becoming #3: No Safe Home