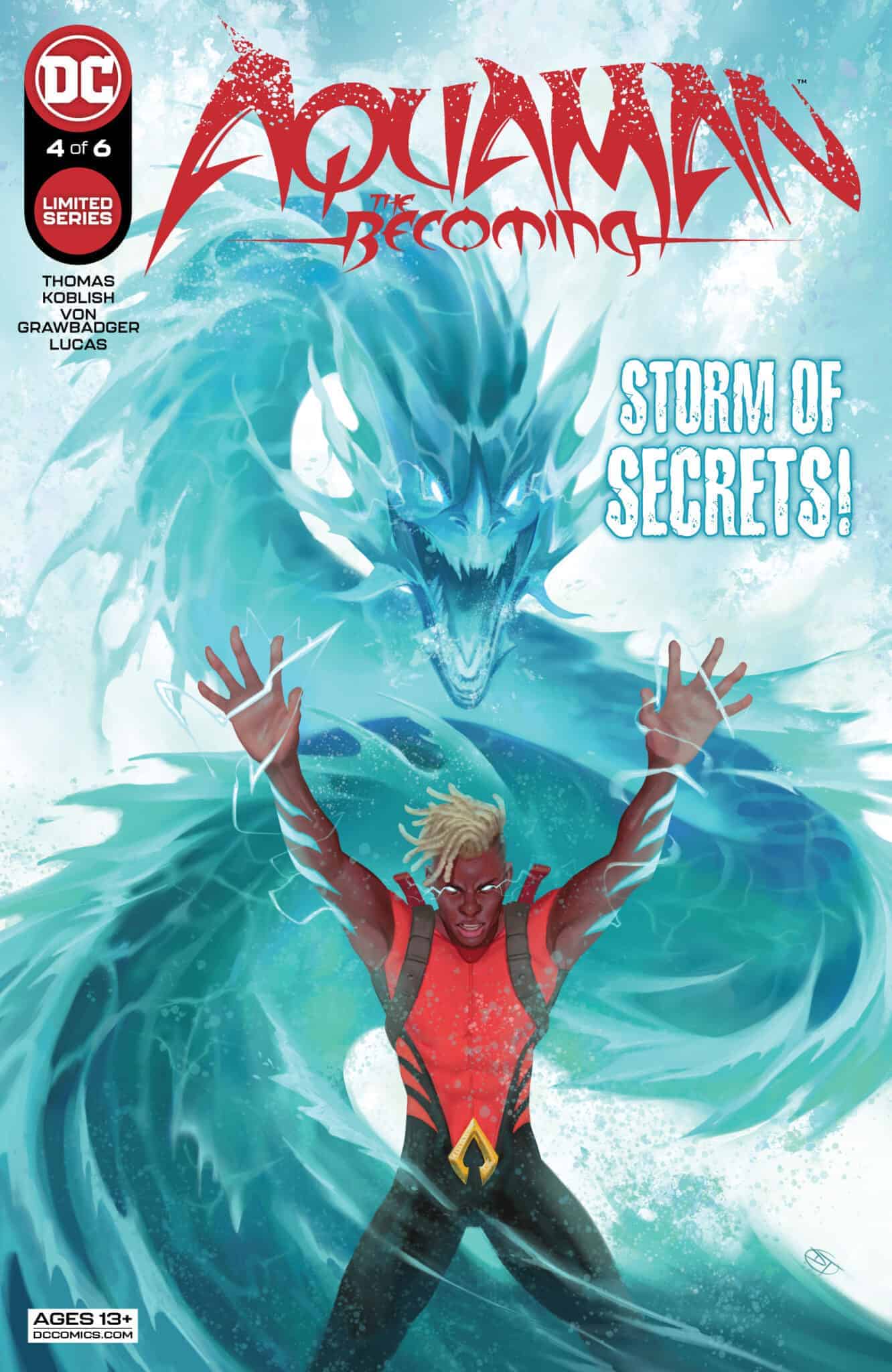 When it rains it pours! Jackson Hyde’s no stranger to dark family secrets, but the one he just uncovered is so big it might just blow his whole life to smithereens. With the Atlantean guard closing in, who can Jackson trust when even the closest people in his life have been lying to his face? It couldn’t possibly be the very same person who blew up Atlantis and framed Jackson for the crime…could it?

Aquaman: The Becoming #4 suffers from the same inconsistent pacing as the last issue, creating a situation where the story might have been better told in less or maybe even more issues. The first pages start out strong. Brandon Thomas provides a peek into the mind of Jackson’s sister, Delilah, before the reader and Jackson learn why she has set events in motion. The emotion is fraught between the family as Jackson comes face to face with his mother’s past. 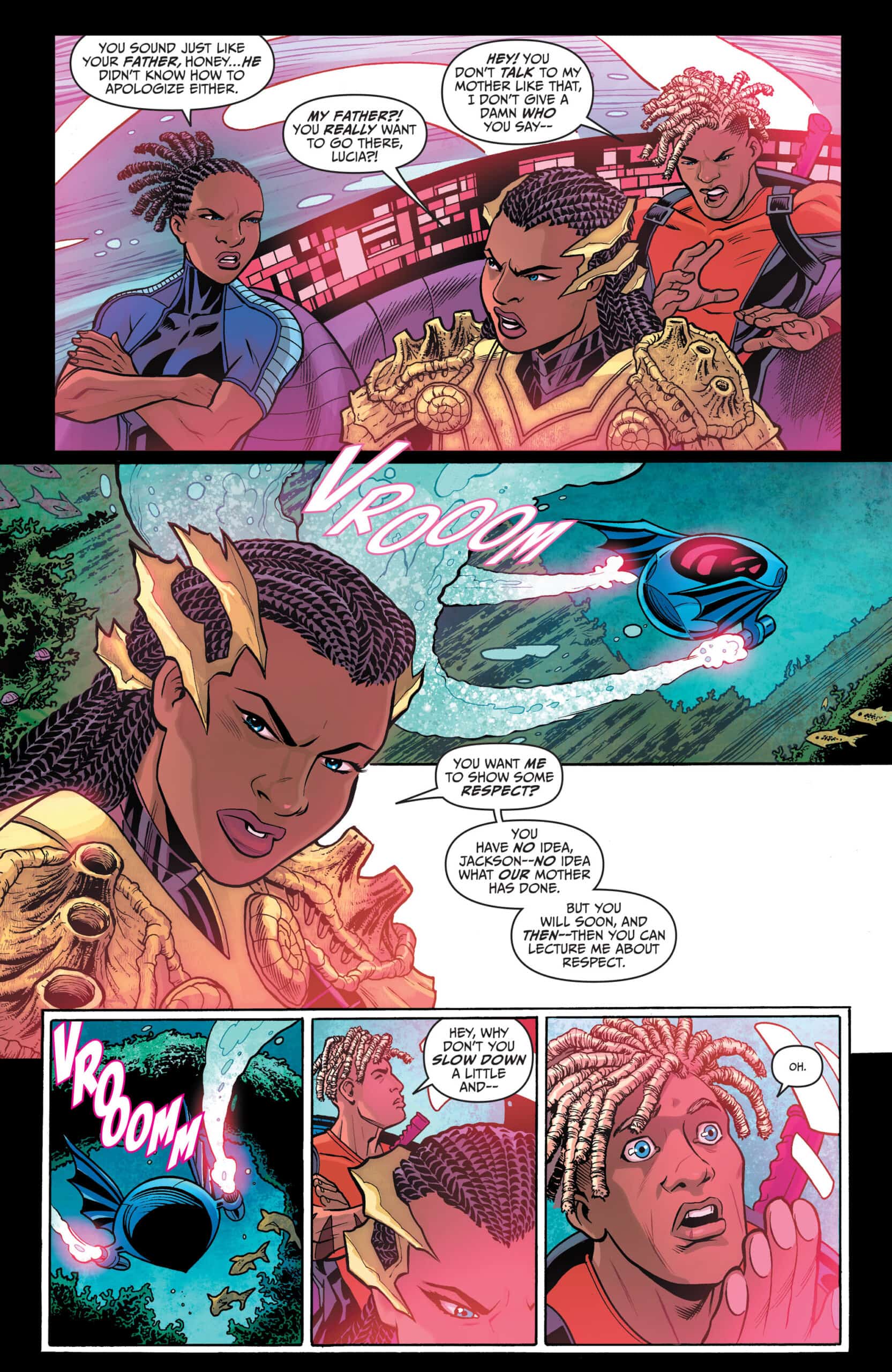 The emotional charge is broken by a fight caused by a string of misunderstandings, and while narrative tension returns, it is not the same. When the exposition into Lucia’s past resumes, the reveal feels rushed and less emotionally dynamic. The scene’s tone starts with anger and stays at that note, even though behaviors escalate to the ending. 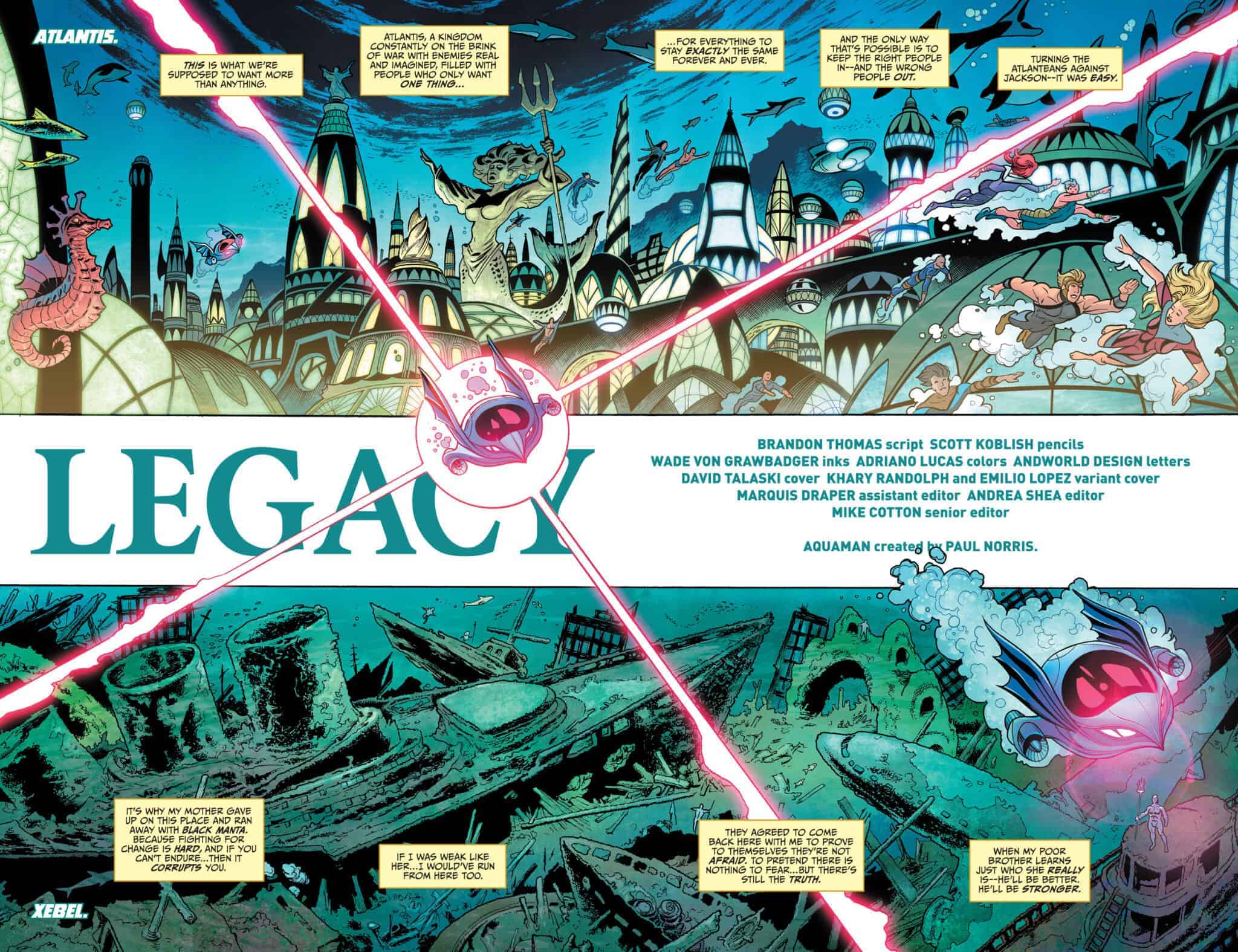 With Scott Koblish on pencils, Wade Von Grawbadger on inks, and Adriano Lucas on colors, the art team continues to shine. The beginning of the issue provides a stark contrast between Atlantis and Xebel. When the initial confrontation occurs between Jackson and his family, the emotional journey of each character is evident on their face. And when the fight breaks out, the action is clear and easy to follow. The art of the flashback scenes during the second discussion even manages to show an emotional range that the characters in the present do not show.

As with the previous covers, issue 4 provides another breath taking piece of art by David Talaski with a variant cover by Khary Randolph and Emilio Lopez.

Though the pacing of Aquaman: The Becoming #4 may fluctuate, Brandon Thomas. Scott Koblish, Wade Von Grawbadger, Adriano Lucas & Andworld Design continue to deliver an interesting story of the kind of hero Aquaman will become.