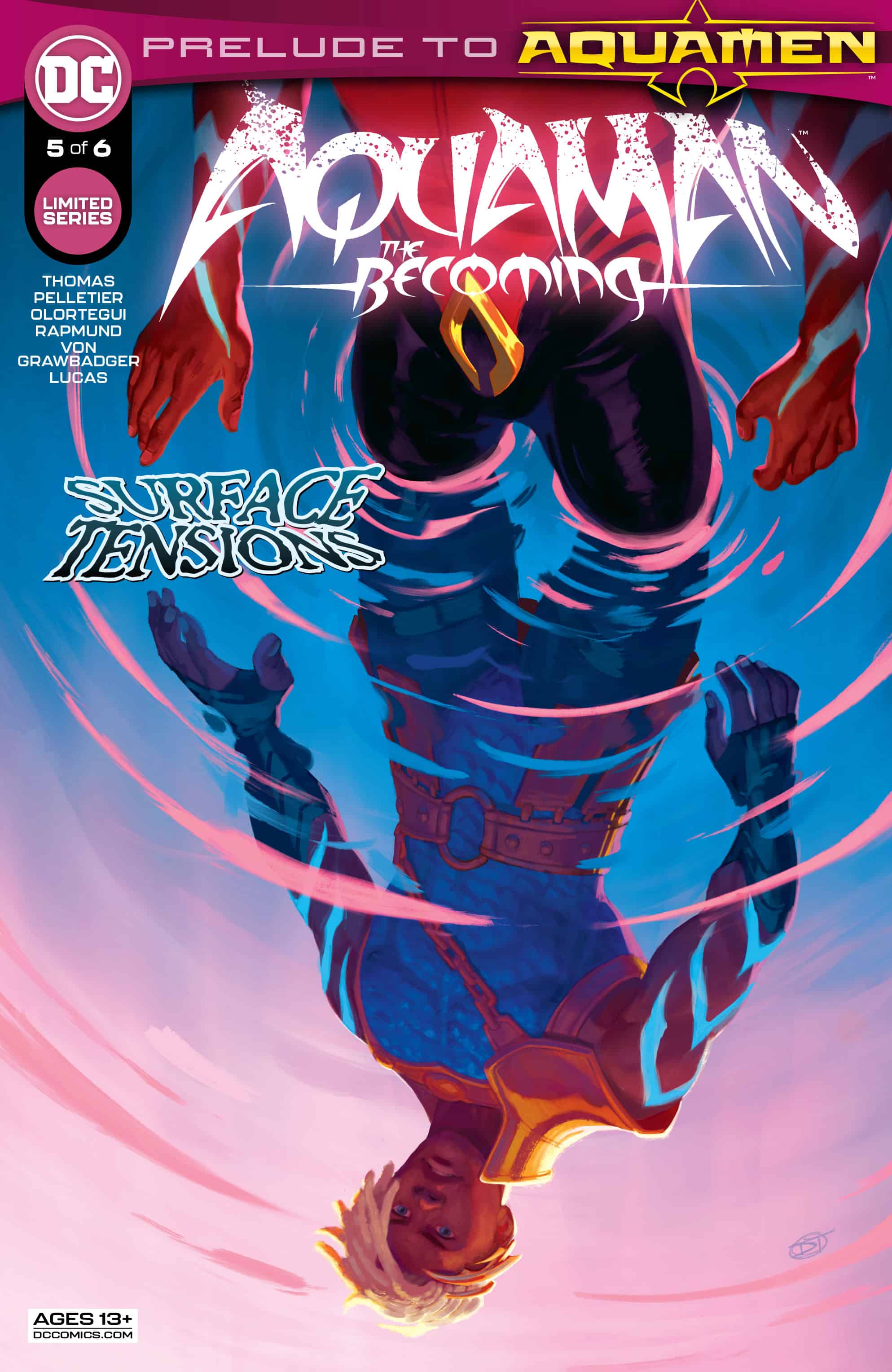 All roads lead to Xebel! Jackson Hyde’s made some daring escapes in his time on the run, but there’s no avoiding the reunions that his underwater motherland has in store for him. Both surprise family time and a long-awaited romantic interlude leave Jackson questioning his life on the surface. And with all the problems Jackson left behind in Atlantis, it’s getting harder not to ask himself-is Xebel where he really belongs?

Aquaman: The Becoming #5 provides a lot, but all with the common goal of moving the story towards the conclusion in the final issue. Brandon Thomas gives each plot point time to breathe in a way that makes them come together naturally. Jackson and Delilah begin to build a relationship, but it is done in a way that feels natural to the characters. Jackson does not become trusting. Delilah’s sharp edges do not get smoothed. Instead, they bond over the secrets learned about their mother last issue and their individual drives to save people. Even the action scene in the middle further drives the point of their shared purpose and what Delilah wants from her brother. Everything else follows that focus. Lucia’s actions, Ha’Wea’s arrival, it all points Jackson toward what kind of Aquaman he is becoming. 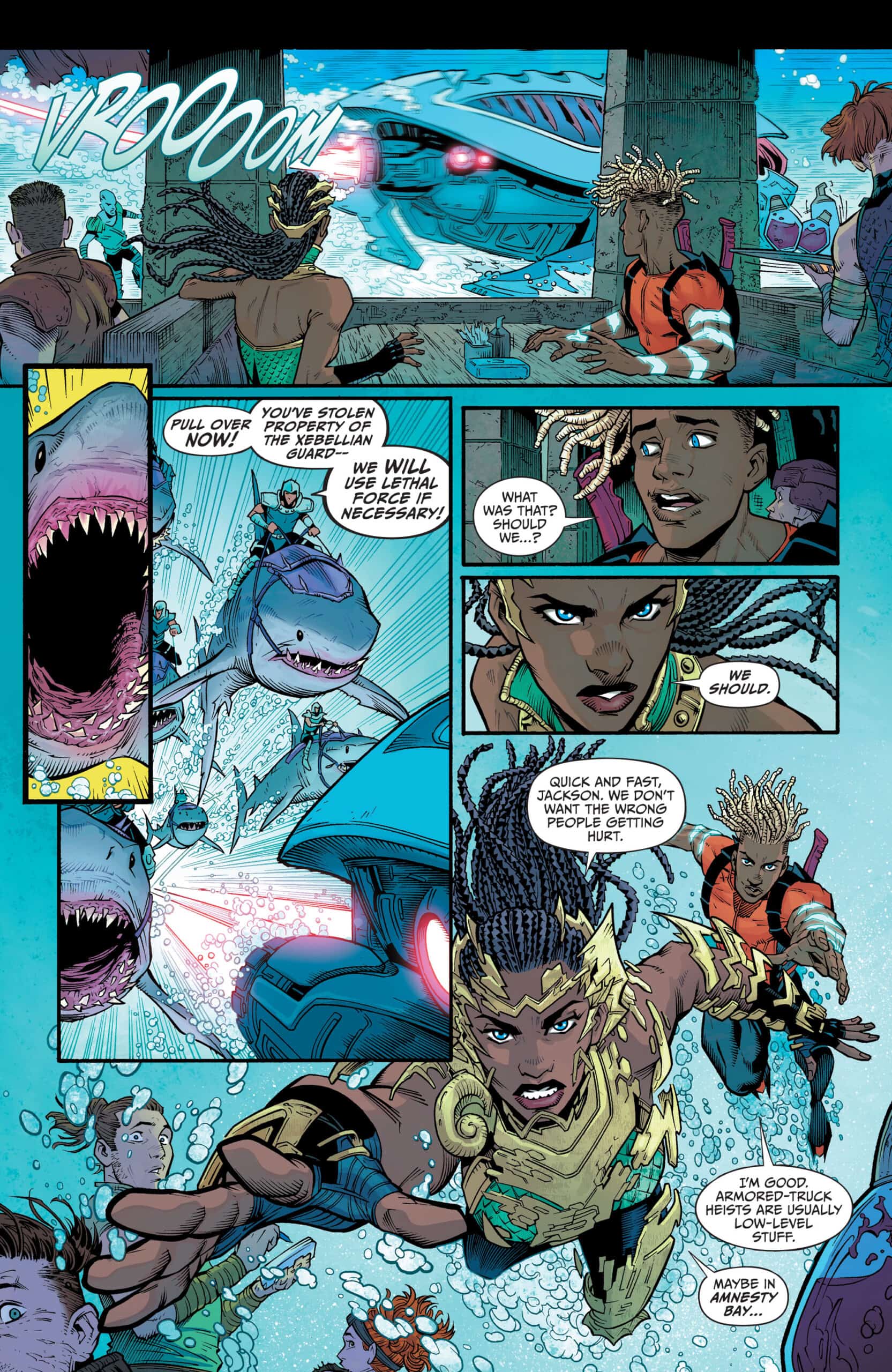 The art team of Paul Pelletier and Diego Olortequi on pencils, Norm Rapmund and Wade Grawbadger on inks, and Adriano Lucas on colors shine in this issue. They provide clear visual cues about how Jackson and Delilah’s interactions and relationships evolve even more than the dialogue does. The issue starts with Jackson visually on guard, his body language ready to attack or defend. Before the issue’s finale, Jackson is open and smiling, visually open and letting his sister in. 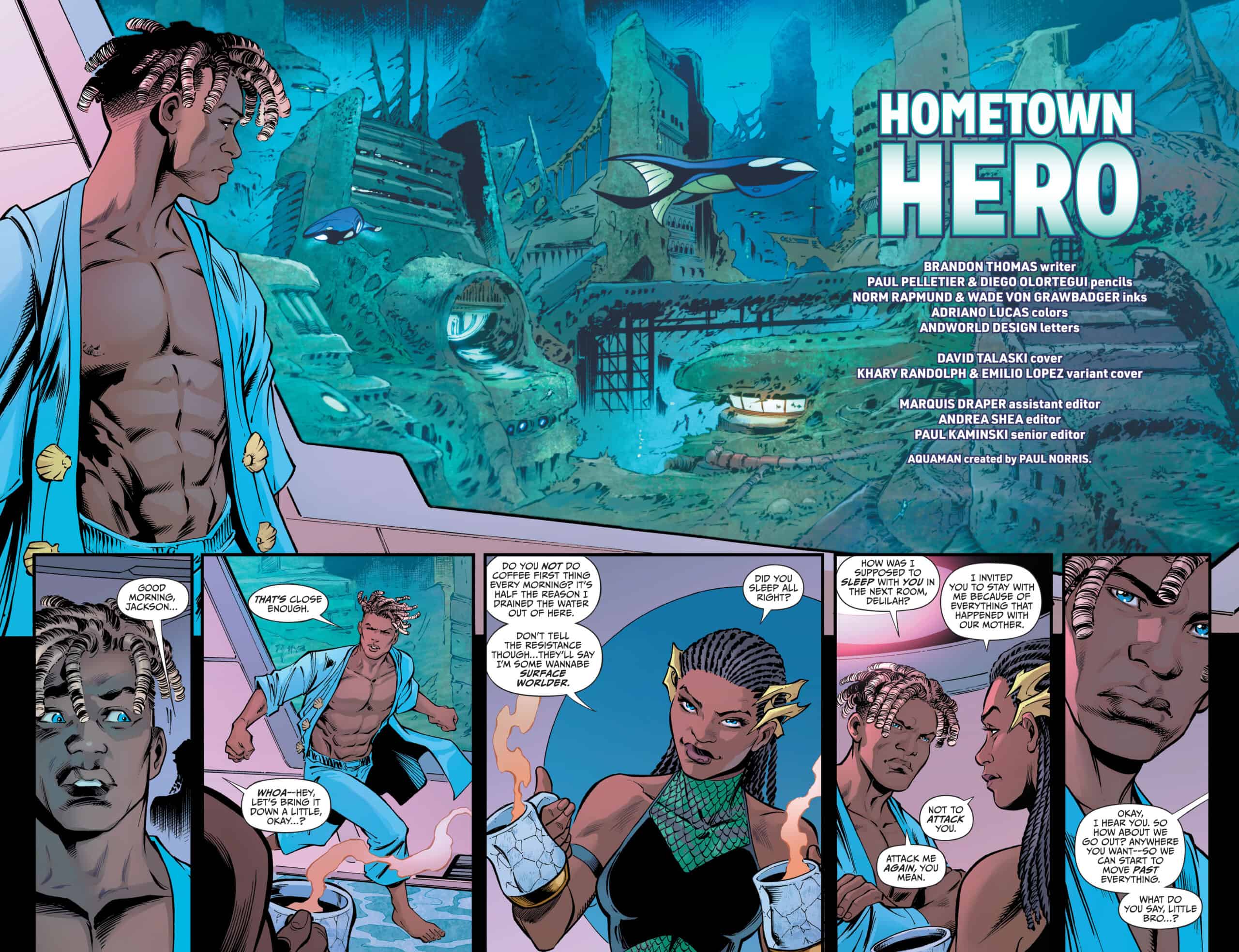 As I have said with every issue, and will likely say again next month- David Talaski provides a gorgeous, dynamic, and emotional cover that reflects the inner journey Jackson is going through. The variant cover by Khary Randolph and Emilio Lopez is also worth praise in its beautiful depiction of Jackson and Ha’Wea sharing an embrace. 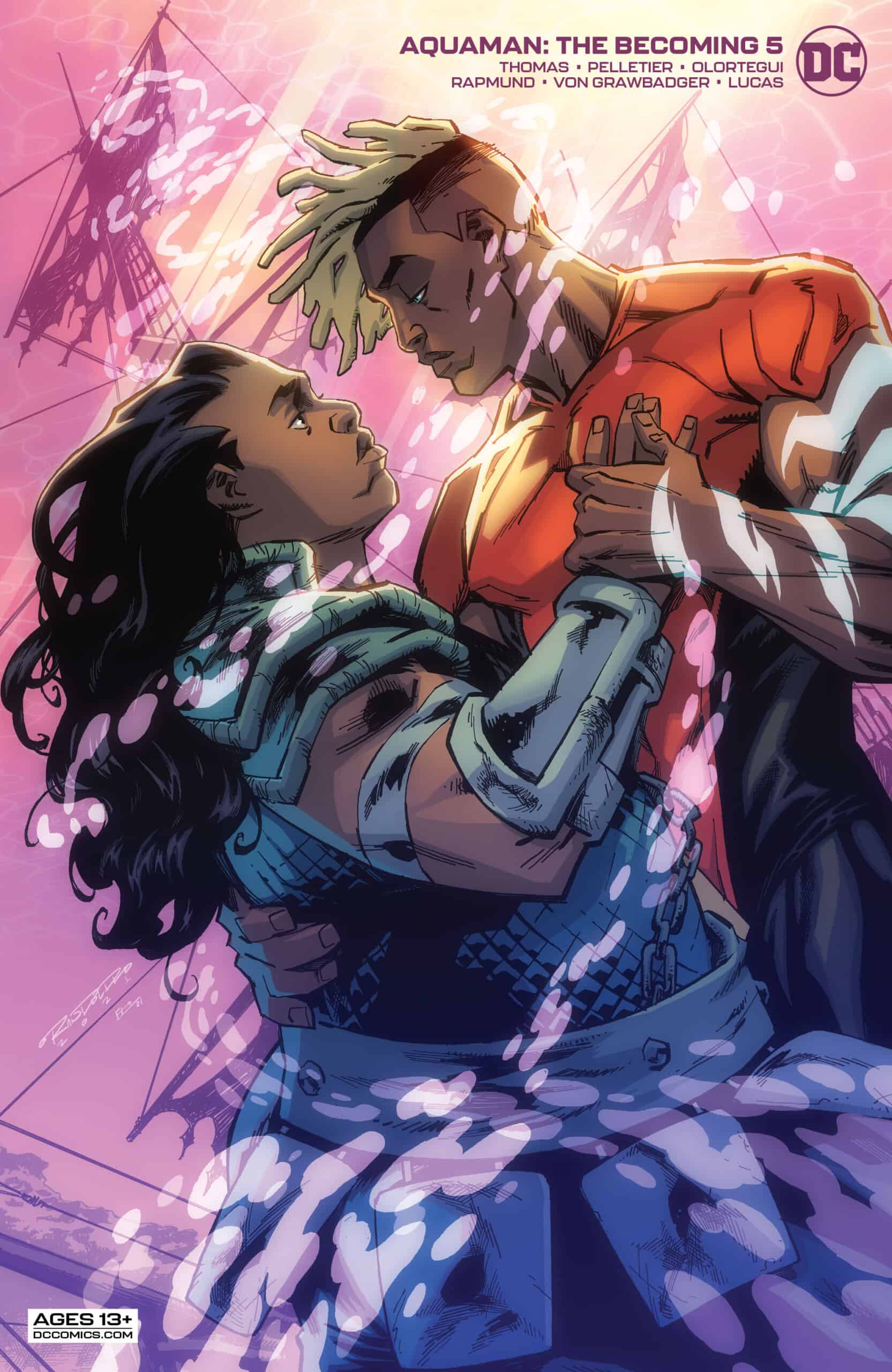