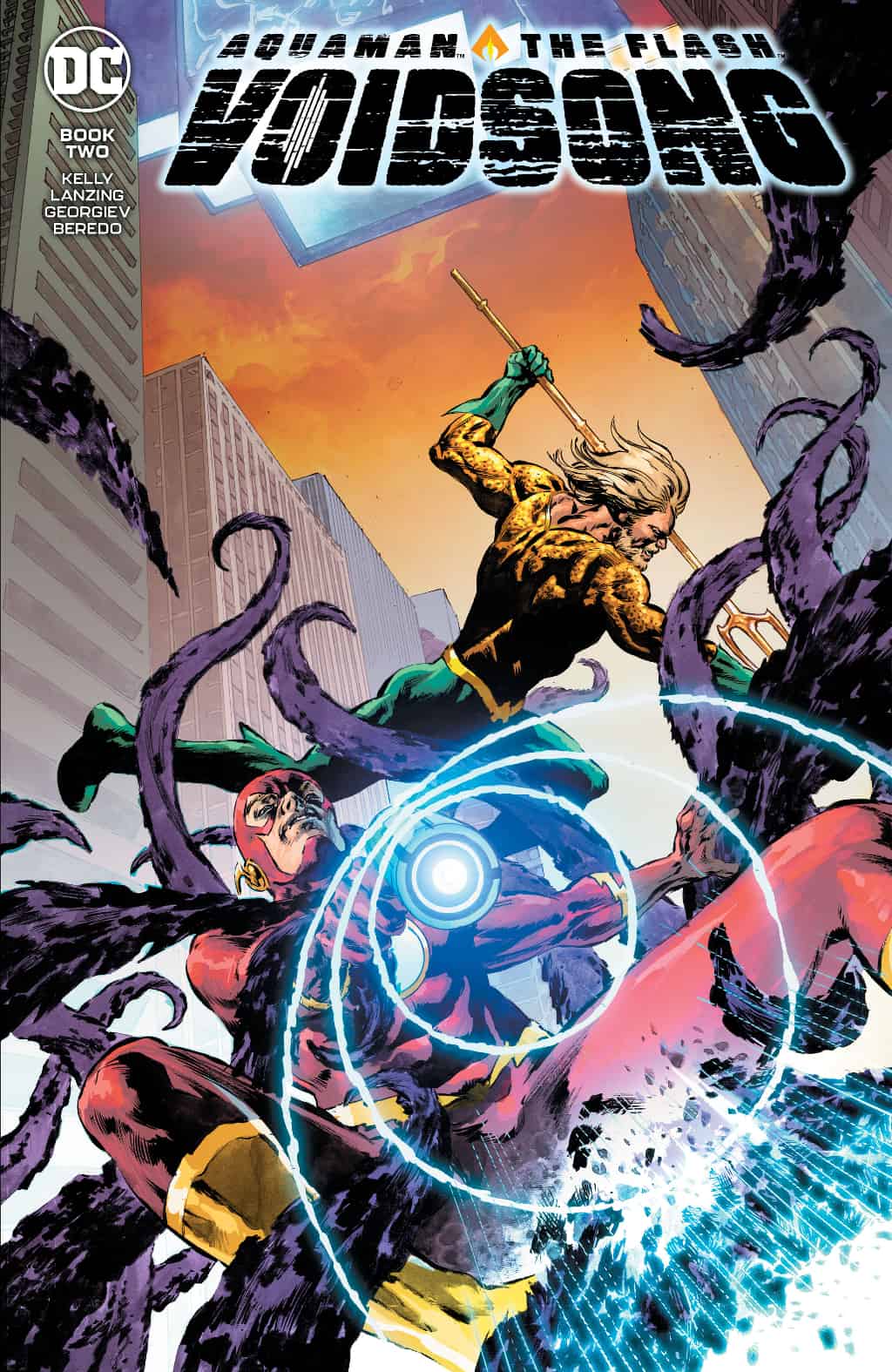 Aquaman and The Flash are the only ones not affected when aliens overtake the Earth and its population. Forced to team up, these heroes discover that every team-up isn't a piece of cake.

I’m at the point where I’ll get almost anything that writers Collin Kelly & Jackson Lanzing put out. They make such a fantastic team and write comics feature excellence in all the key comic element-established characters, action, interesting, solid stories, and just the right amount of humor. In this issue, Aquaman and The Flash continue to team up to take down the invading aliens, and it’s just pure greatness from cover to cover. They’re an odd couple and Lanzing & Kelly make that fact a major part of the story, but they stop short of turning it into outright comedy. The aliens that are taking over the Earth are a very credible threat and it looks like it’s going to take slightly more than the two heroes have to defeat them. The story is told in a crisp, extraordinary manner. Nobody ever plays the fool, neither hero ever appears weak, they are both the stand-up, strong heroes they always are. But, I have to go back to the dynamic between the two, it’s just SO entertaining! The resources they pull from, and the lengths they go to, to save Earth AND each other are truly fantastic. 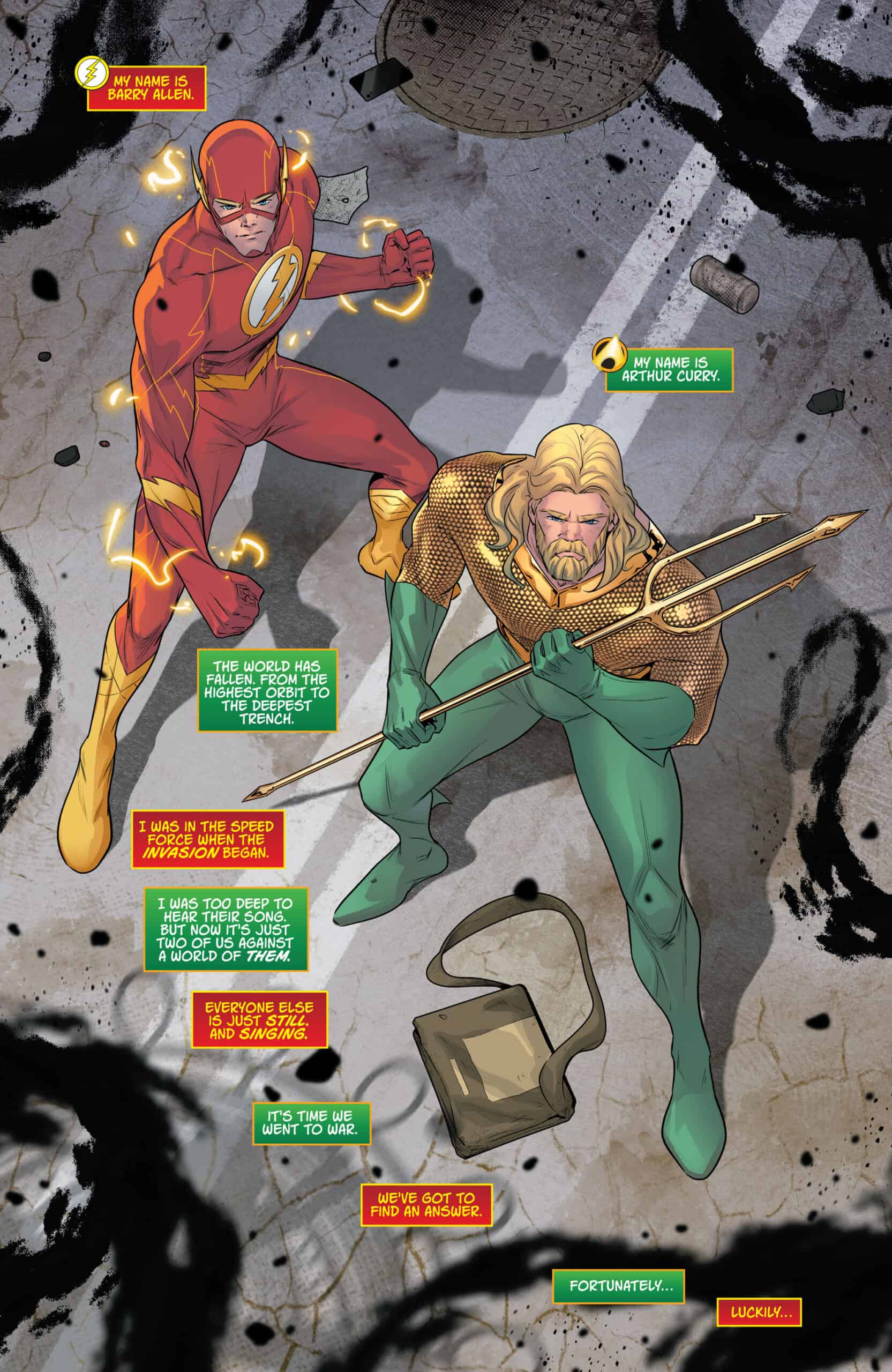 Vasco Georgiev more than pulls his weight in this issue, his art is a breath of fresh air and stands head and shoulders above a lot of other comics that are currently on the stand. His unique designs for the aliens are very imaginative and are more than just people with weird heads. He’s also got some phenomenal action sequences in this issue, he renders both heroes’ abilities with a very unique touch.

A uniquely entertaining comic that's almost like a big summer movie: tons of action, it looks great, it's very intriguing, and has a healthy dose of humor. You better grab this one!