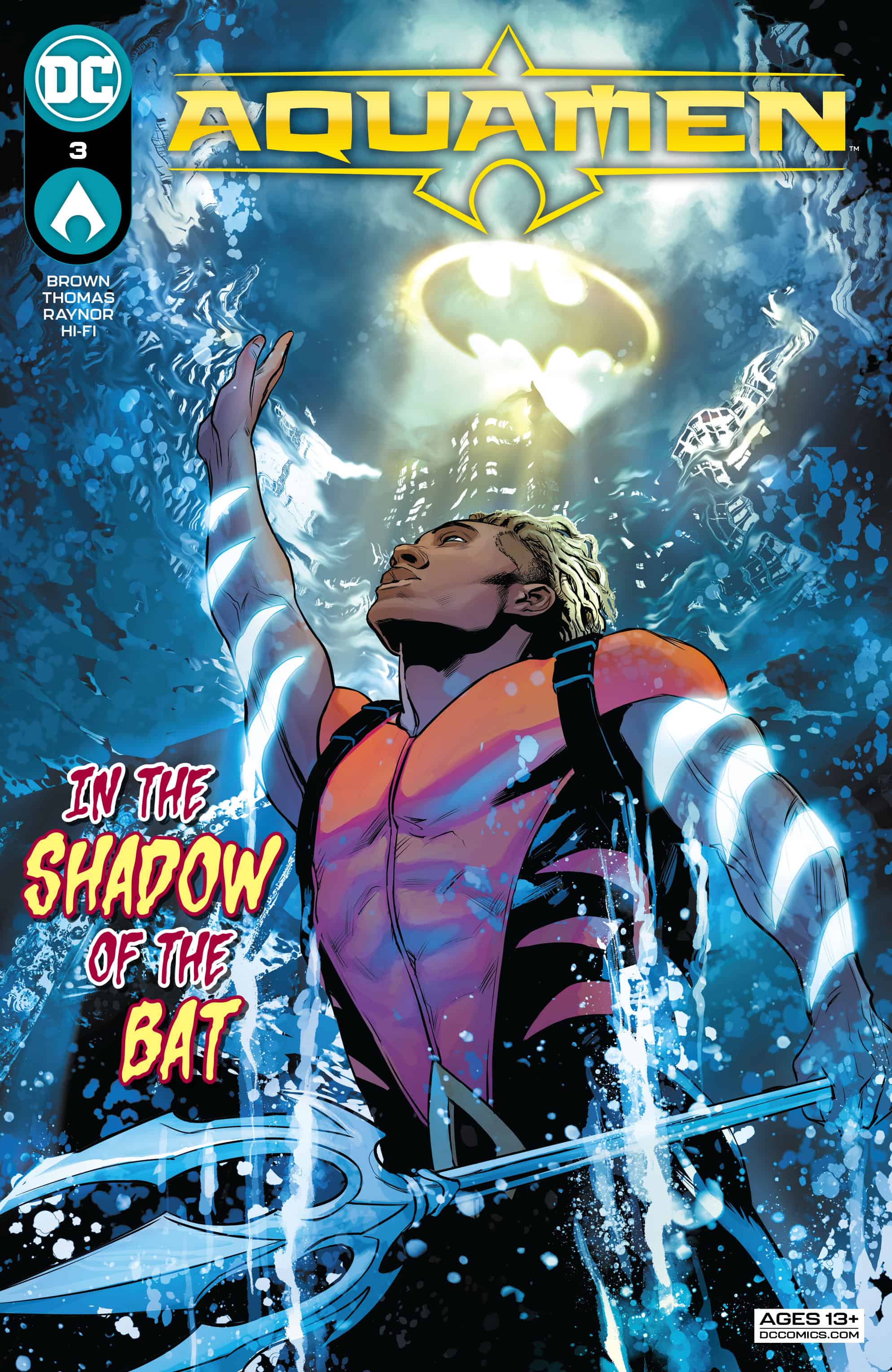 While Jackson Hyde’s investigation into the Atlantean sleeper agents leads him into the dark and dangerous streets of Gotham City, Arthur struggles with his own secrets and the rift that his past mistakes are creating in his future with Mera. Danger lurks in the darkness of Gotham’s shadows, but so does a surprising ally.

Aquamen #3 continues to weave together the story of Jackson Hyde and his father, Black Manta. At the forefront of this issue is the progression of each character to their opposite. Black Manta continues to work with his nemesis, Arthur Curry, in order to save lives. Meanwhile, Hyde acts off of the information he tortured out of Orm the issue prior. Jackson’s lack of remorse for his methods is only highlighted by Black Manta’s good deeds. 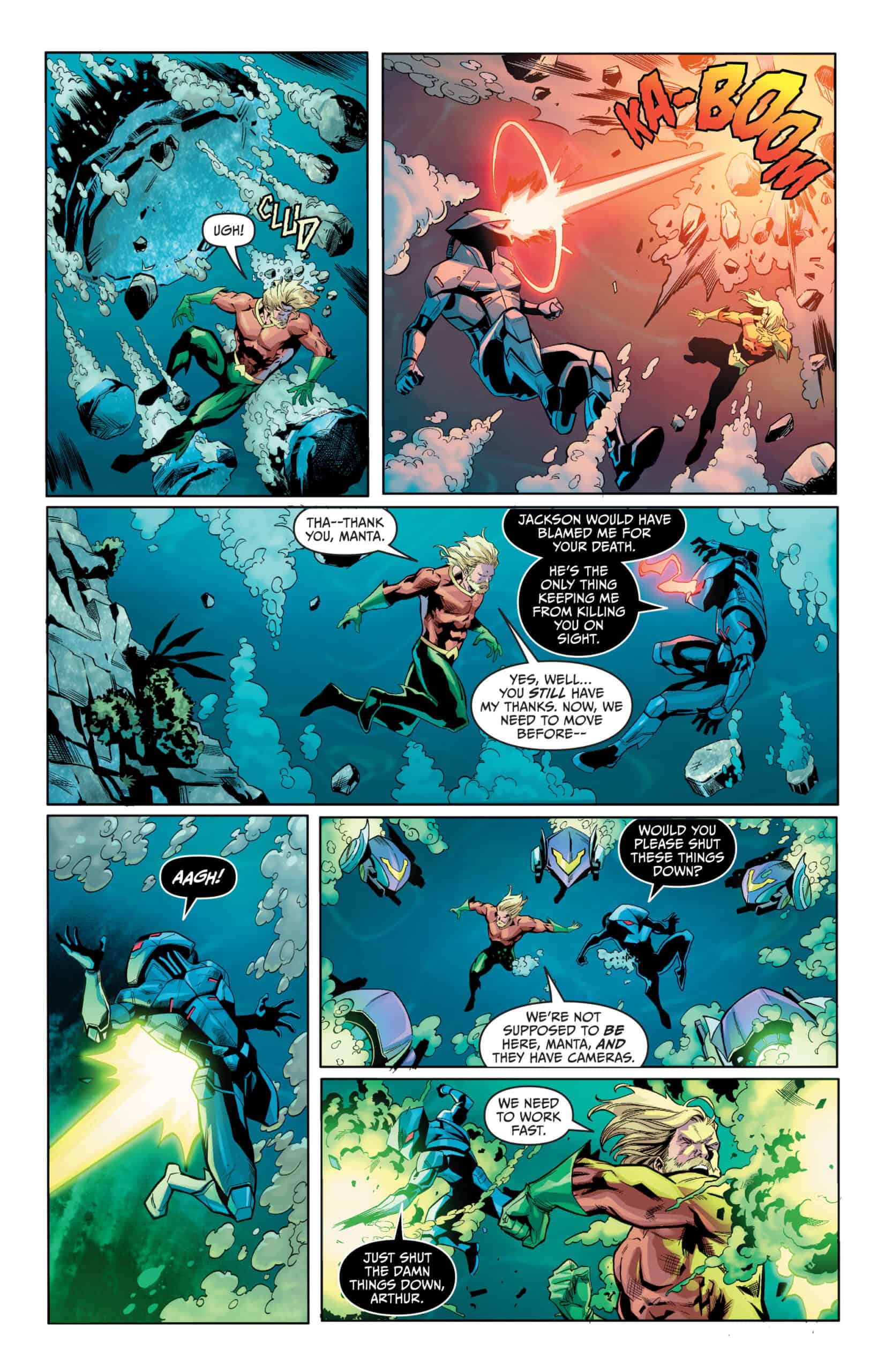 Chuck Brown and Brandon Thomas keep their characters in balance. While the issue could easily focus on the two whose name they share with the title. However, their ensemble cast is treated with care. The plot is moved forward by the actions of the two Aquamen, but the choices and development of the others are not ignored. Mera is a scene-stealer as she unravels the secrets her husband has been keeping. Black Manta acts with the reaction of his son in his mind. Even the brief cameo of Batwoman allows for shining moments. 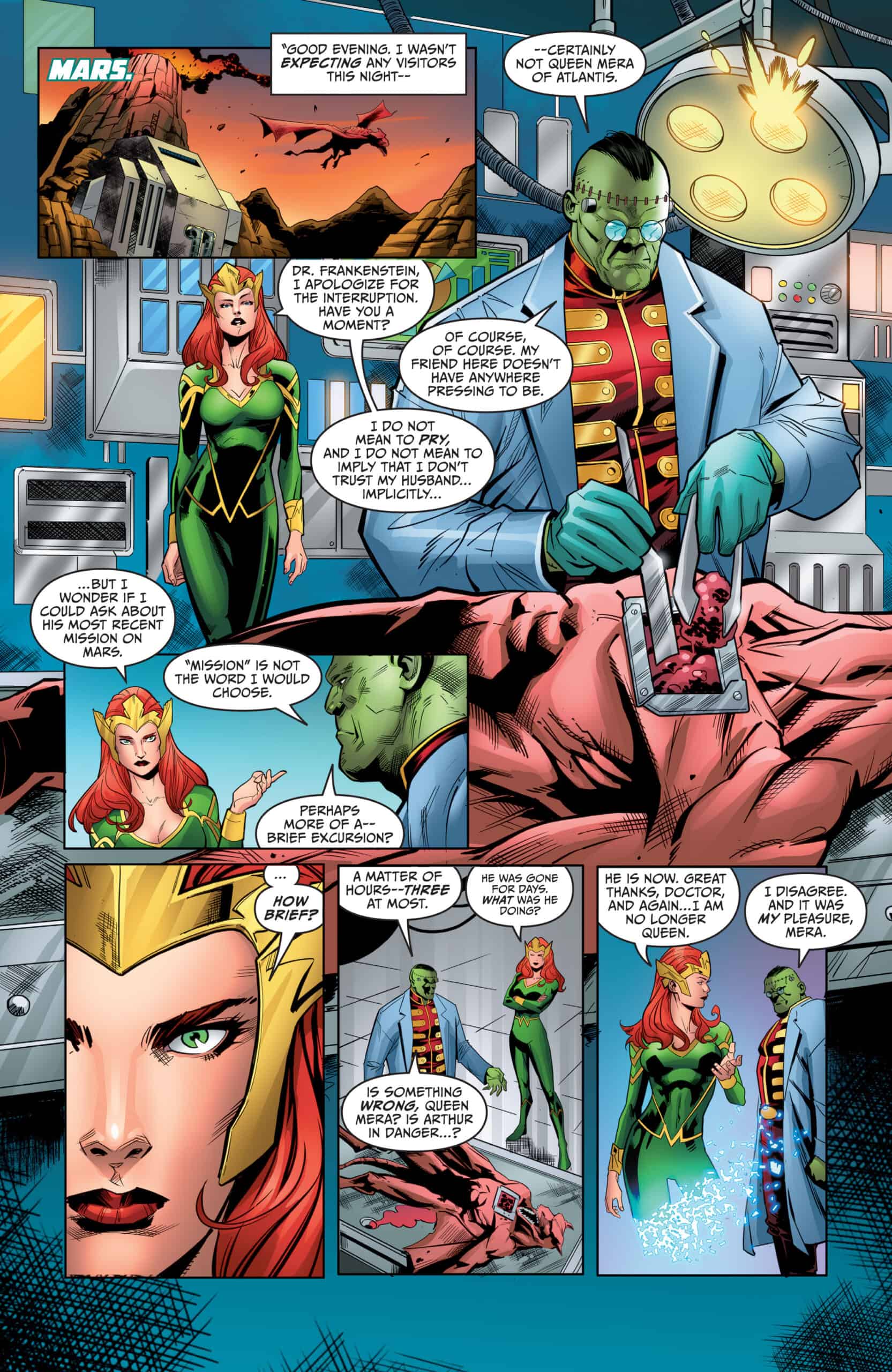 The story is delivered cleanly by Max Raynor on art and Hi-Fi on color. The nature of the story requires numerous scene changes and ominous angles to maintain the mystery. The art is able to portray this without leaving the reader behind. Along the same vein, the art depicts both Mera and Jackson’s magic beautifully and easily to follow. On exterior art, the cover by Travis Moore and Adriano Lucas and both variants by Fico Ossio and Mico Suayan and Tony Avina are stunning.

Aquamen #3 plays to the creative team's strengths to portray the various characters and their motivation, development, and powers in distinct and compelling ways.