Archer & Armstrong Forever #4: The Maw and the Colonel 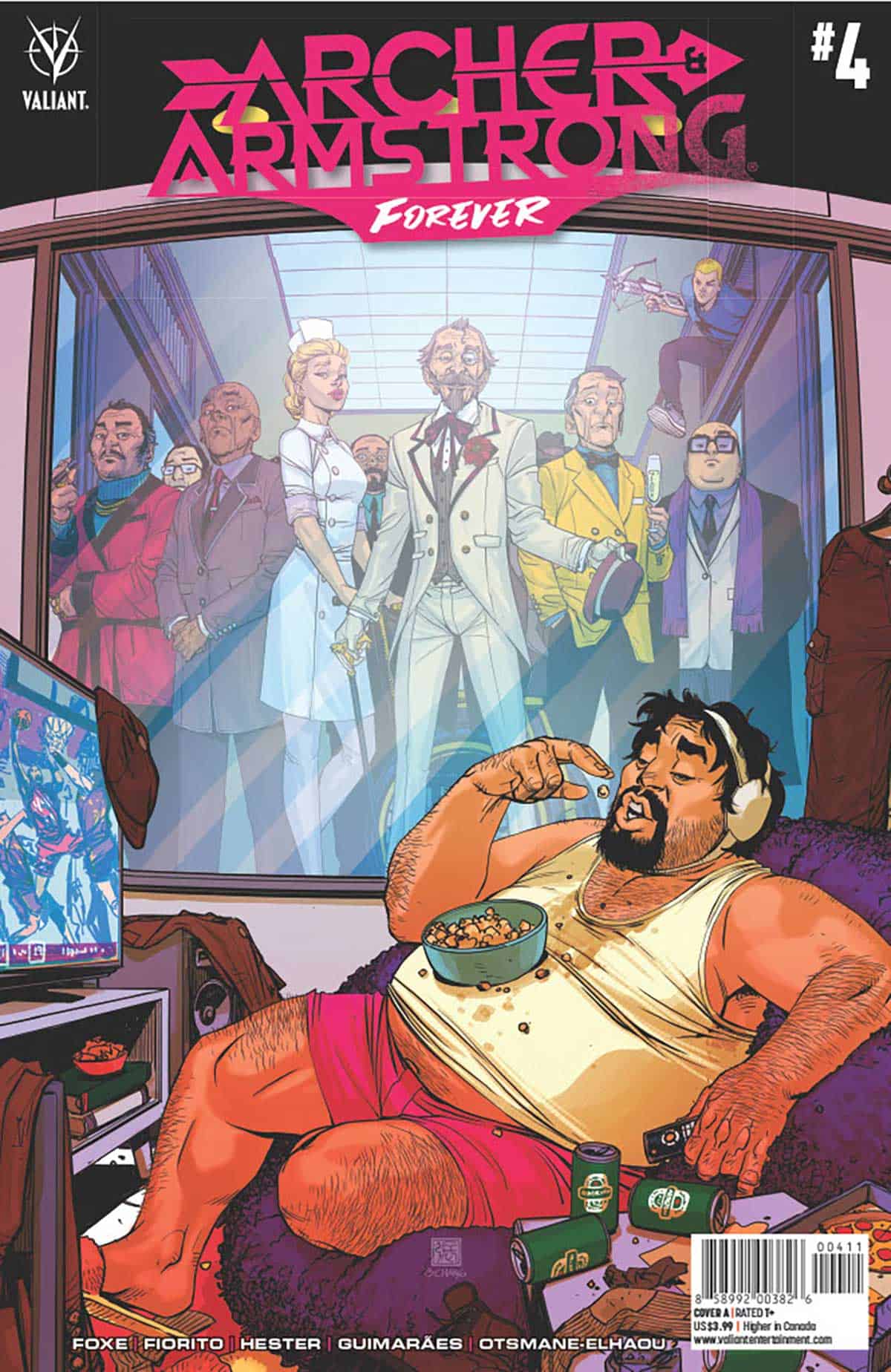 ARCHER & ARMSTRONG are faced with a fight they might not survive as the Eccentric's plans come to fruition (no pun intended). With immortality on the line, Archer and Armstrong both will have a choice to make, resulting in something no one saw coming. Will the duo truly be BFFs forever or is the end in sight?

Another action and comedy packed issue of Archer and Armstrong Forever! Foxe has really gotten into the flow of these characters, making them interesting and loveable, even the bad guys. The Maw is amazing and I would LOVE to see him in other titles. He’s creepy and I love his powers, which you get to learn more about this issue. 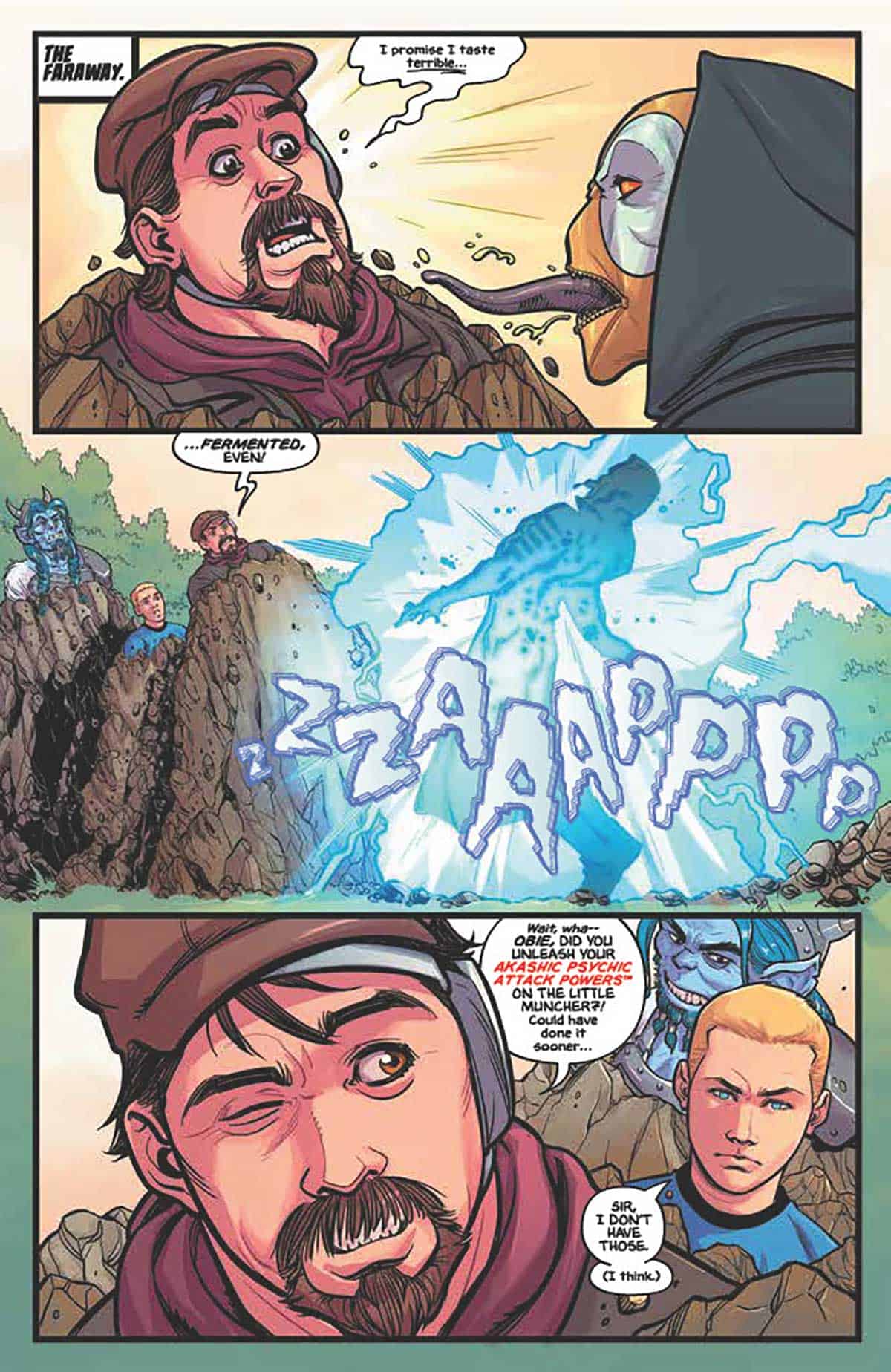 The motivation of the secret main bad guy is lacking, but on purpose. The Colonel Sanders look-alike is one of the best things about this issue. From his evil plan, or lack of, to his hilarious back story, Foxe does a great job of turning the unthreatening into a bigger problem. 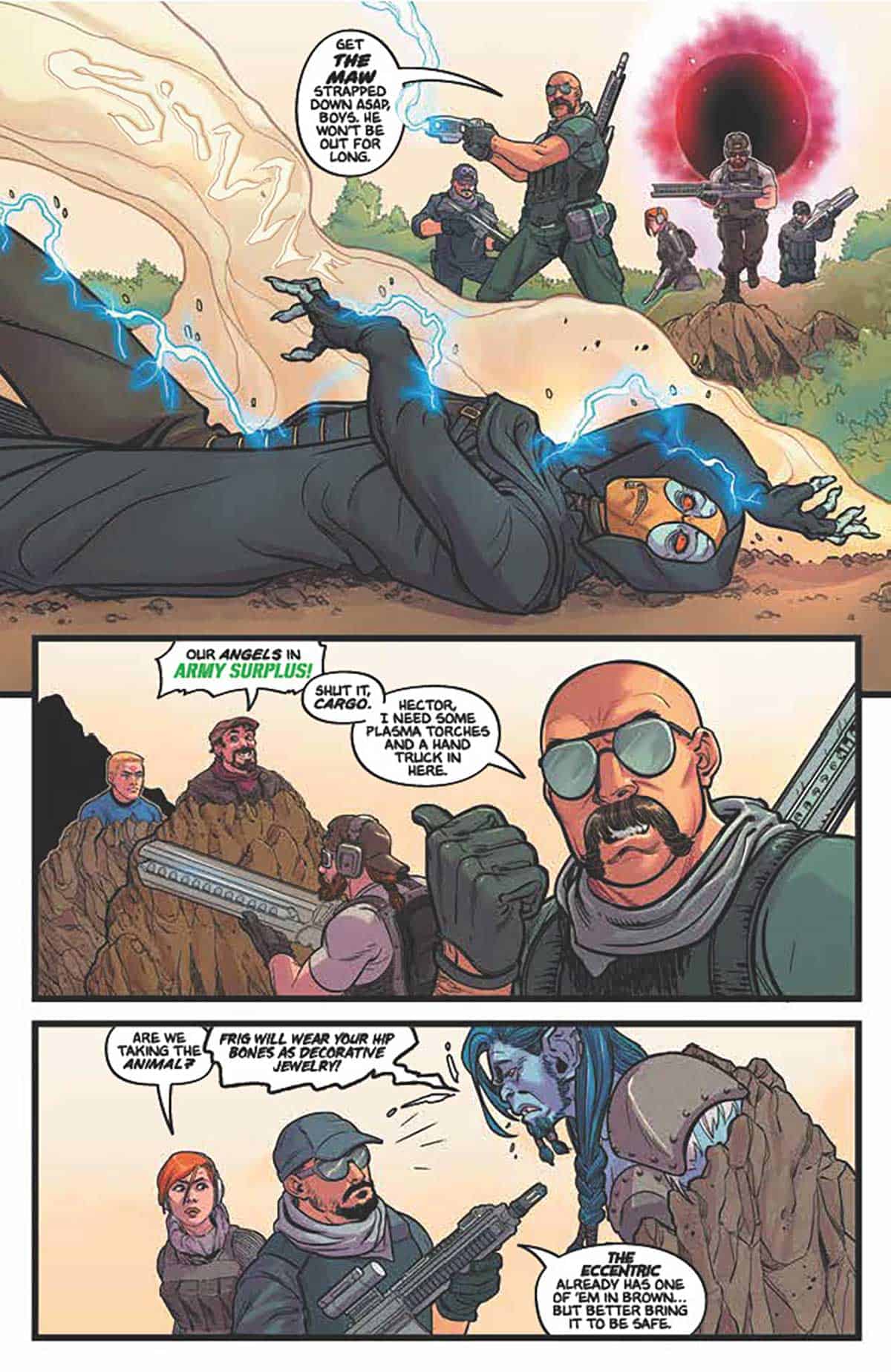 The plot twist ending is very exciting and is going to take this series and characters into a whole new direction. Not only that, but I feel like Foxe is leaving their imprint in the Valiant Universe with this issue! 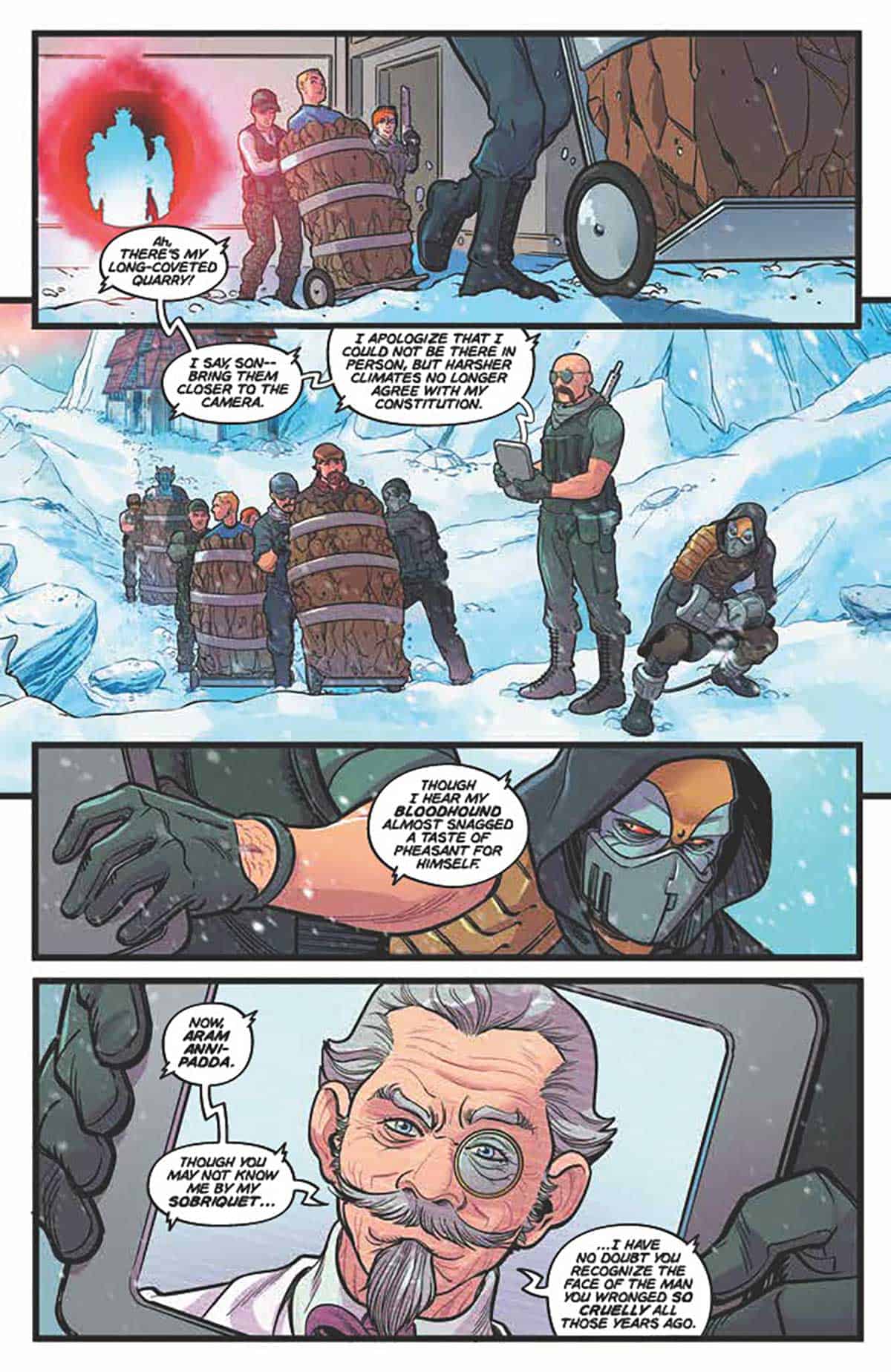 The art is fantastic and clean, as always. The designs of the new characters are so interesting and funny. I would have loved to have been in the room when Foxe described these characters to artist Marcio. The colors are beautiful as usual. A lot of this issue takes place in the snow, and the colors really add to the texture of the surroundings. I always find in comics sometimes snow comes off as hard and not soft, and the snow in this issue does an amazing job of looking like snow. All this to say that both the artist and colorist do a fantastic job with the environment around the characters. 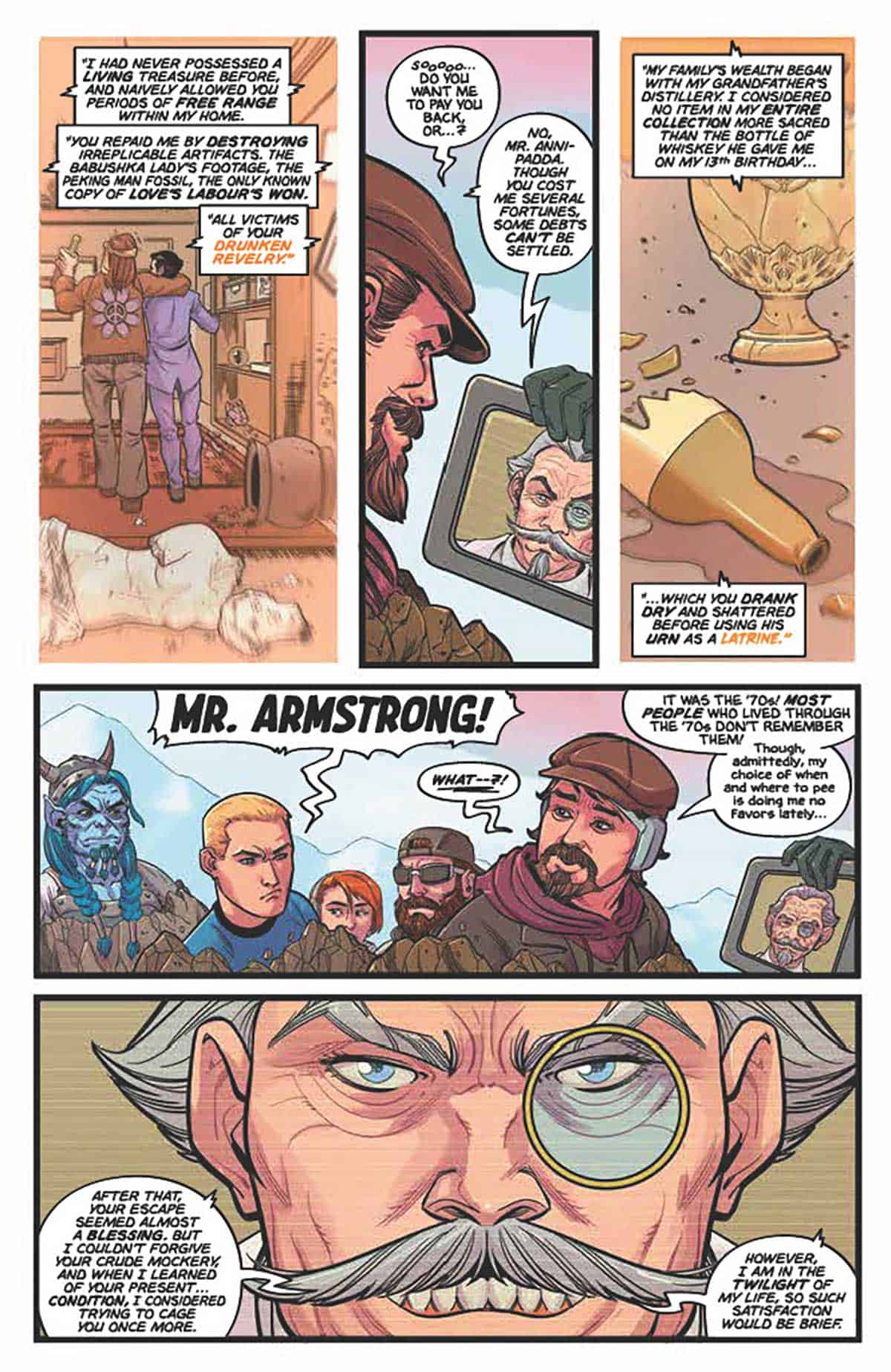 I don't have much else to say other than I look forward to what's next and to see where these characters are heading! Thanks again Valiant and the talent  for another wonderful issue!

Archer & Armstrong Forever #4: The Maw and The Colonel