Arrowsmith: Behind Enemy Lines #1: Far Beyond the Lands We Know

Arrowsmith: Behind Enemy Lines #1: In the Cold Morning Air 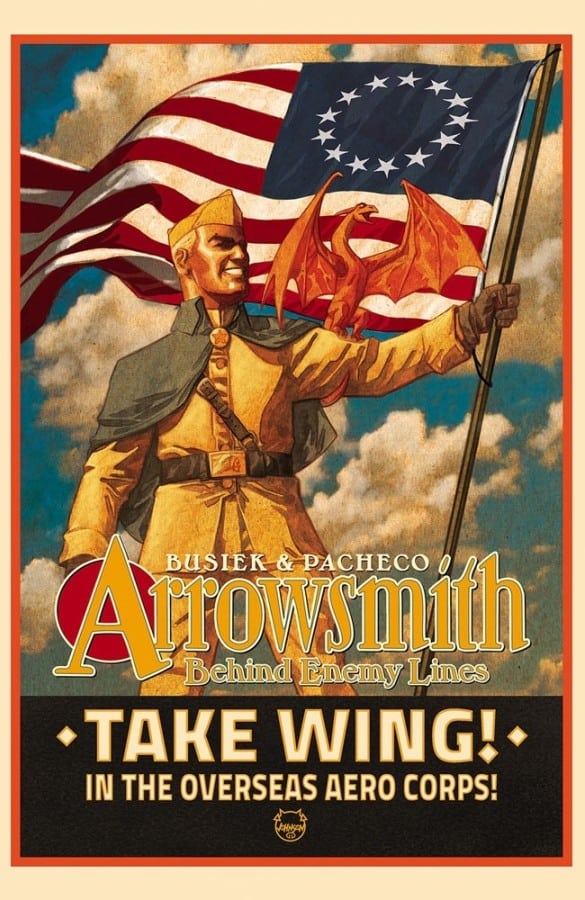 The wondrous world of Arrowsmith returns! Welcome to a world where the magical lives among us, and the history you know has been changed forever. It's 1916, and World War I rages on - Albion (England)'s soldiers are fitted with dragons and spells to allow them aerial assault and superiority against Prussian hordes. Fletcher Arrowsmith and his dragon, Hilda, are about to embark on a mission into enemy territory. One that will test their resolve and skill alike never before!

I don’t envy Kurt Busiek and Carlos Pacheco’s task with Arrowsmith: Behind Enemy Lines. It’s been nineteen years since the series’ initial story was published (via Wildstorm’s Cliffhanger imprint, if that tells you anything about how much time has passed), comics have changed, the comics industry has changed, and there’s a whole generation of fans reading now that in all likelihood haven’t even heard of the original miniseries. To ask older readers to remember where this nearly two-decade old story ended and pick up, as well as entice new readers to give it a try, is a tall order indeed.

Thankfully, Busiek and Pacheco are up to the challenge.

Even though I’m a dyed-in-the-wool Kurt Busiek fan, Arrowsmith is just one of those things I never got around to reading, so going into Behind Enemy Lines I really didn’t know what to expect beyond the usual high level of Busiek quality. Would Arrowsmith be a war comic? A Harry Potter-type adventure? Both? Neither? Could this be something Busiek would adequately pull off, since it’s outside his usual superheroic wheelhouse?

The answer to all three questions was, “Yes.” So skilled an author is Kurt Busiek, that although I hadn’t read the preceding six issues (soon to be collected in an oversized hardcover in April), I was able to jump into the story and its world with total ease. Fletcher Arrowsmith is an earnest and relatable character, and his world is recognizable even with magical elements as part of its underlying context. It helps that despite the magical aspects, people are still people: some are racist, some are controlling, most are decent folks just trying to make their way in the world. Fletcher himself is battle-weary, but still retains an underlying optimism and fundamental goodness. The horrors of war have left their mark on him, but they haven’t changed the core of who he is.

If anything, though, the world of Arrowsmith is maybe a little too squeaky-clean. Considering portions of the story take place on the battlefields, there’s no bloodshed or brutality. That’s likely by design; Busiek isn’t a writer to inflict cruelty on his characters a la Garth Ennis and his war stories. But the lack of intensity or consequences make Behind Enemy Lines‘ combat scenes toothless affairs, the equivalent of toning down a movie such as Saving Private Ryan to a PG-rating. For some readers, though, that lack of stark combat brutality might actually be a pro rather than con, depending on their stomach for such things.

Carlos Pacheco’s art has, over the decades, softened a bit of its edge. In the ’90s and early ’00s, he had a very distinct style, but as he’s aged, his lines and angles have changed in such a way that takes much of his individual character out of it. It isn’t bad, but it isn’t distinctly “Carlos Pacheco” like it used to be, either. Most artists grow and mature as the years roll by, and in Pacheco’s case, he’s traded in his youthful edge for the steady, workmanlike approach of a pro who has nothing left to prove. Arrowsmith: Behind Enemy Lines is one heckuva good-looking comic. Pacheco’s lines are expertly complemented by Jose Rafael Fonteriz’ smooth inks, and completing the Spaniard trifecta is legendary colorist Jose Villarubia. There isn’t much more that I can add to praise his work; it stands for itself: 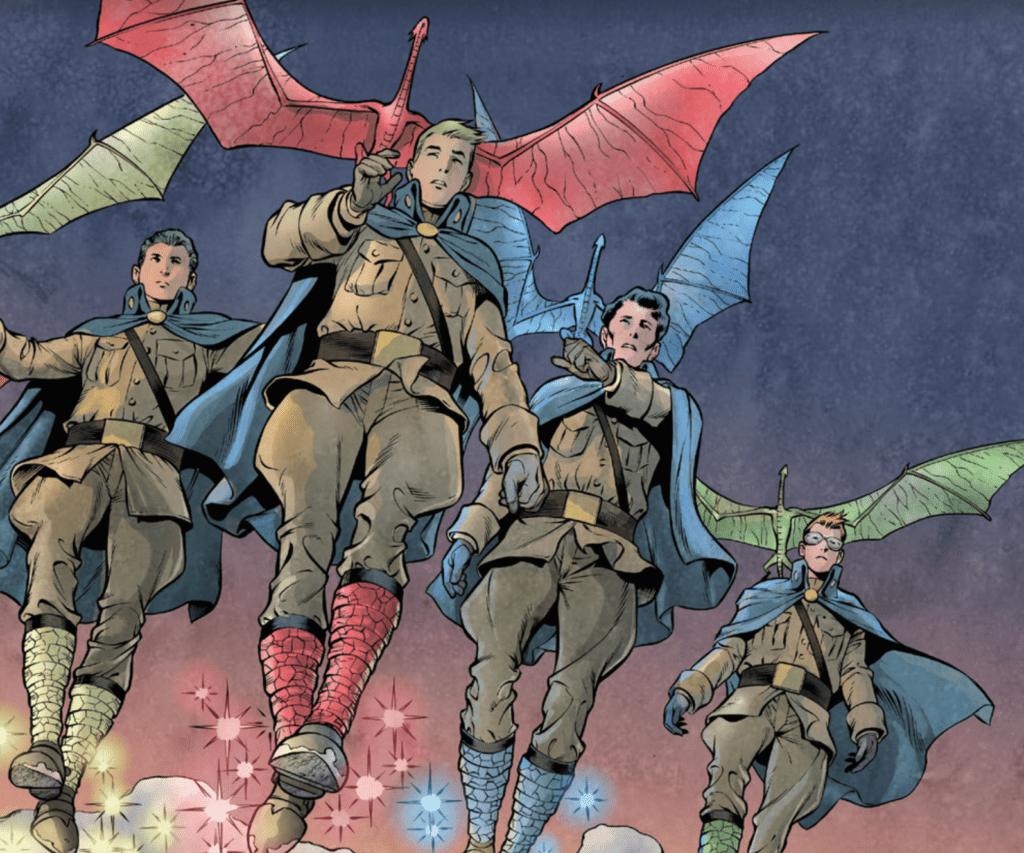 Sheesh. It doesn’t get much better than that.

In all, Arrowsmith: Behind Enemy Lines is a comic to be celebrated. It’s a creative team of seasoned pros showing that, all these years later, they can still deliver the goods. Just because you’ve never read the original Arrowsmith comics, don’t let that scare you off: this is some of the finest sequential art storytelling on the shelves today.

Arrowsmith: Behind Enemy Lines #1 is a comic that at once feels like a throwback to a different time yet is also capable of standing shoulder-to-shoulder with today's best comics. Check it out today!

Arrowsmith: Behind Enemy Lines #1: Far Beyond the Lands We Know