Artemis: Wanted #1: What Is Right and What Is True 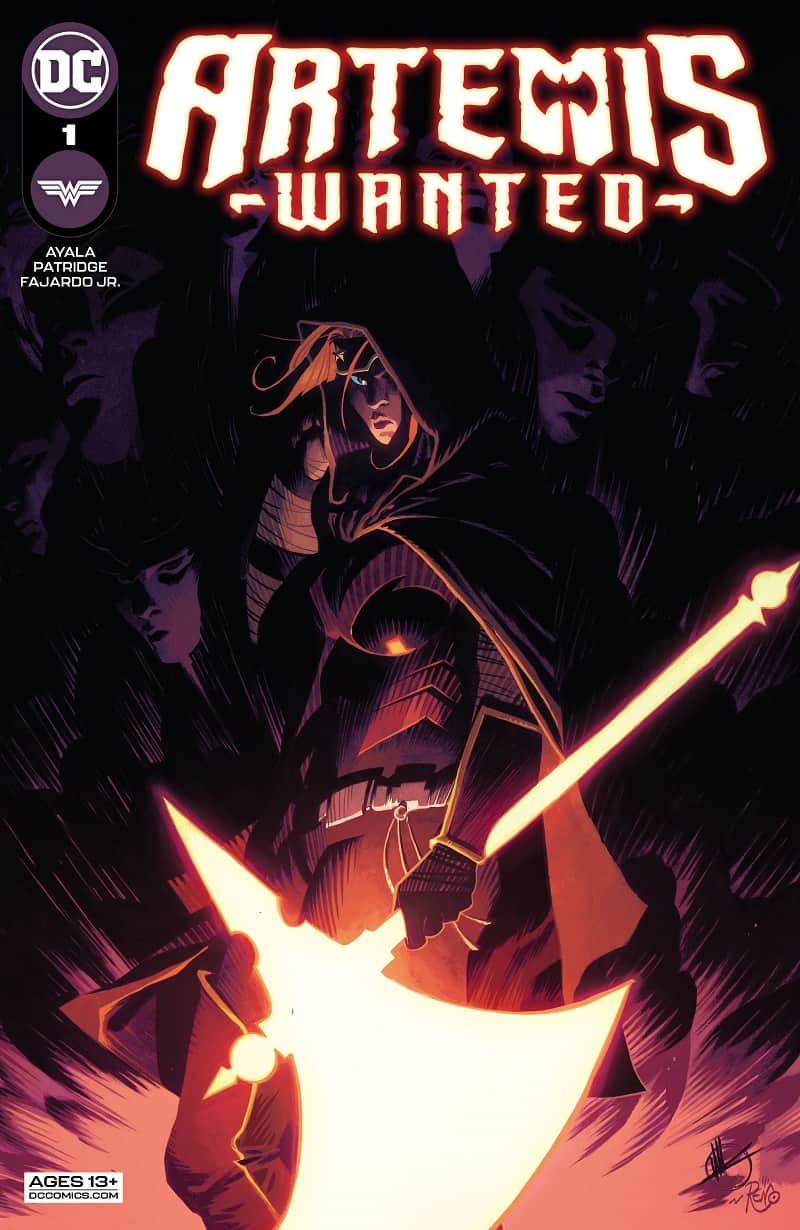 After the events of Trial of the Amazons, Artemis is on the run from her sisters for her sins. She may say it was all in the name of peace, but not even Wonder Woman believes a word she says. Now the former member of the Bana-Mighdall is wanted by not only her people, but all Amazon tribes!

Is there a future for a warrior who has destroyed her past? Find out as Artemis travels the world searching for answers and a new path forward. She’ll need all the help she can get, and it may come from the unlikeliest of sources…the Gods!

After the events of the good-but-not-great Trial of the Amazons, Artemis is on the run for the murder of… well, someone very important (in case you haven’t yet read the event, which, you know, get on that). Wonder Girls Cassie and Donna are hot on her tail, with the former wanting to know what drove Artemis to commit such an act and the latter wanting to get revenge on the redheaded amazon. The premise for this one-shot is so fascinating for me as a die-hard Wonder Woman fan. These three characters are popular and prominent, but often only featured outside of the Wonder Woman title. Here, we see all three given ample amounts of page-time despite the title going to Artemis.

The driving force of this one-shot is surely the hunt for Artemis, but there’s also a subplot featuring a former amazon who had left the tribe. I didn’t love this subplot, and it was wrapped up far too quickly for my taste, but I had to remember I wasn’t reading this story for this brand new amazon but rather for the starring trio. The mystery involving the amazon’s town was interesting, but I’m not sure we’ll see the comics revisit that plot in the future. I hope so! 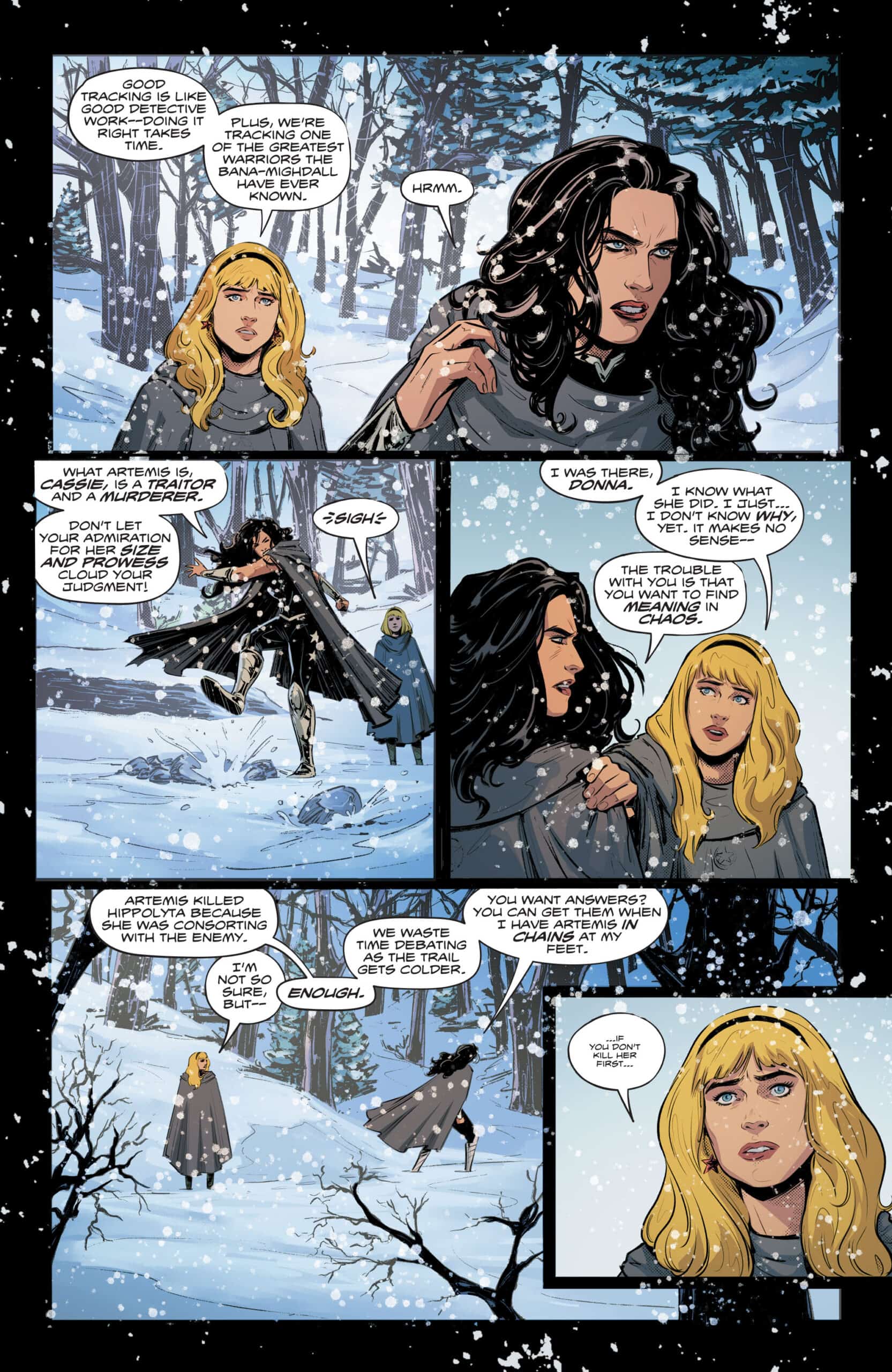 Vita Ayala has done an impressive job with their voices for each of the characters. While I did find Donna Troy to be a bit frustrating in her relentless aggression, it does make sense given the situation. I loved both Artemis and Cassie, however, and I’d love to see more amazon-related stories by Ayala.

The art by Skylar Patridge blew me away. Patridge is surely a creator to keep an eye out for. I often look at smaller, character moments, and I really love the personality Patridge depicted for each of the characters. There’s a moment where Cassie blows air up her bangs out of frustration which felt so real and so in-character. And another where Artemis embarrassedly realizes that she had destroyed a shopkeeper’s door. Ayala and Patridge clearly work together brilliantly, so I’m dying to see more from them.

There’s a major twist that I won’t spoil, but I’m very excited to see where this takes Artemis and the rest of the amazons. The future is looking bright for Wonder Woman’s corner of the DC Universe.

A fantastic and essential follow-up to Trial of the Amazons, this one-shot explores three very popular yet strangely underutilized Wonderverse characters: Artemis, Donna Troy, and Cassandra Sandsmark. Fans have been begging for more interaction between these characters, and Vita Ayala delivers that and more.

Artemis: Wanted #1: What Is Right and What Is True