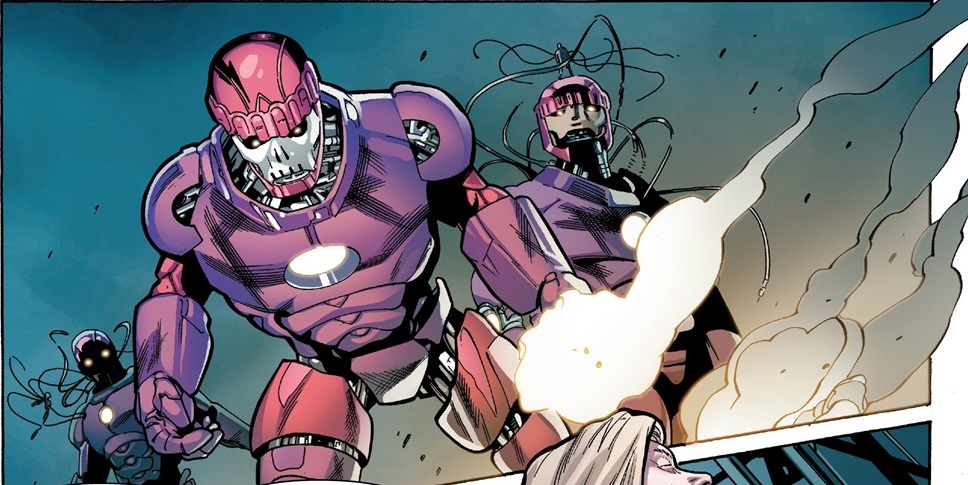 The upgraded Reaver/Sentinel hybrids are after the X-Men and not just the X-tralegal and        Un-Recognized, Astonishing Squad of Un-X-Men, but also the Kitty Pryde led full-fledged and proper X-Men in Central Park.  Our last issue ended with what seems like utter defeat of the squad.  Did Havok fail as a leader as he had feared he would all along?  Let's find out. 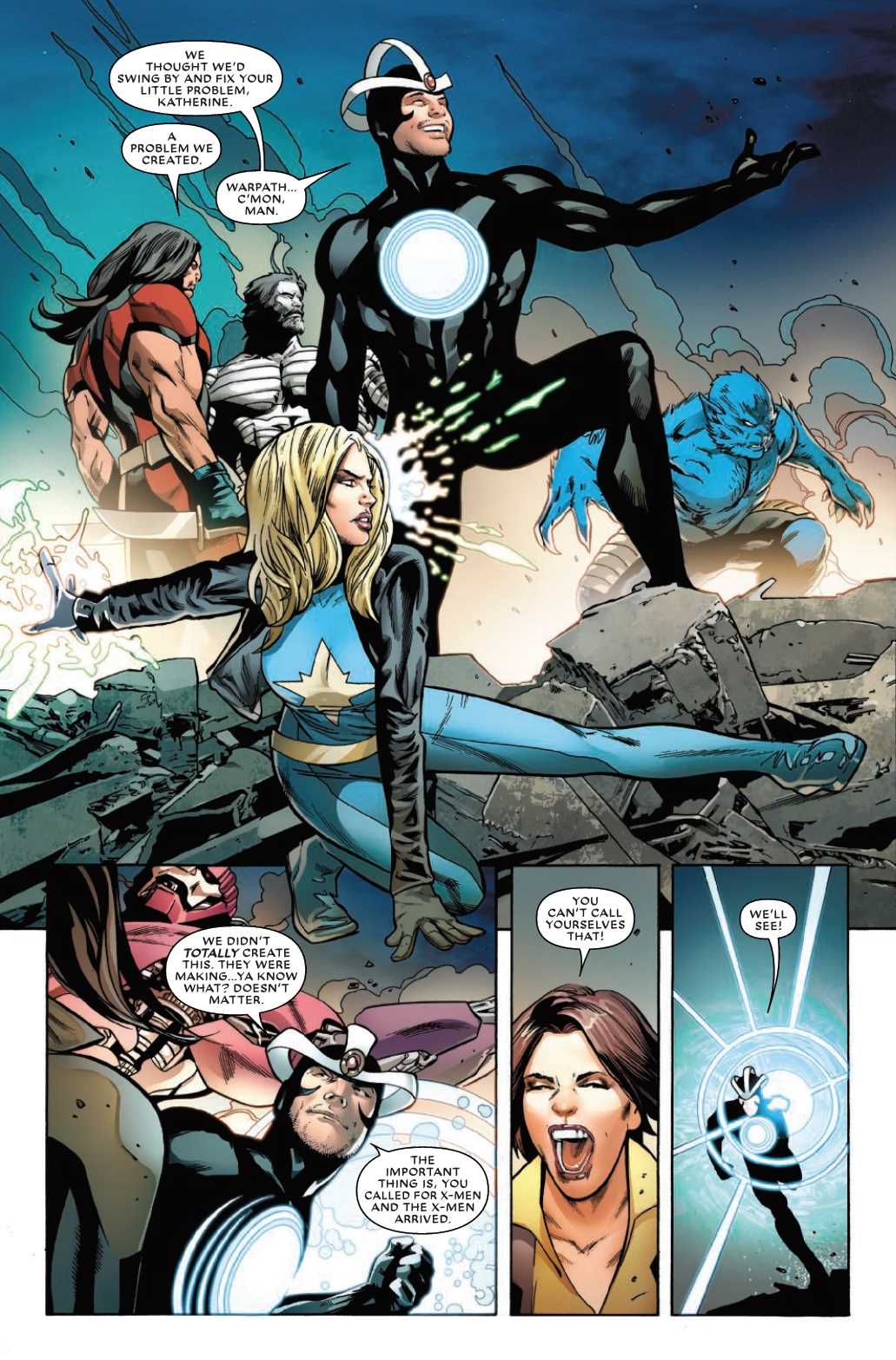 Of course not, the team was fine! The defeat was just a light illusion courtesy of the luminescent Dazzler.  Thinking they have defeated that particular squad of X-Men, the mutant hating Reaver/Sentinel hybrids move to the main target of the Xavier School currently located not far away in Central Park.  The Astonishing team regroup, discover where the Reavers are headed via a Beast tracking device, and ready themselves to go assist the embattled main group of X-Men back downtown.

Kitty is not too pleased with Havok as his team has in essence brought a new breed of sentinels down upon the student inhabited main X-Men school. 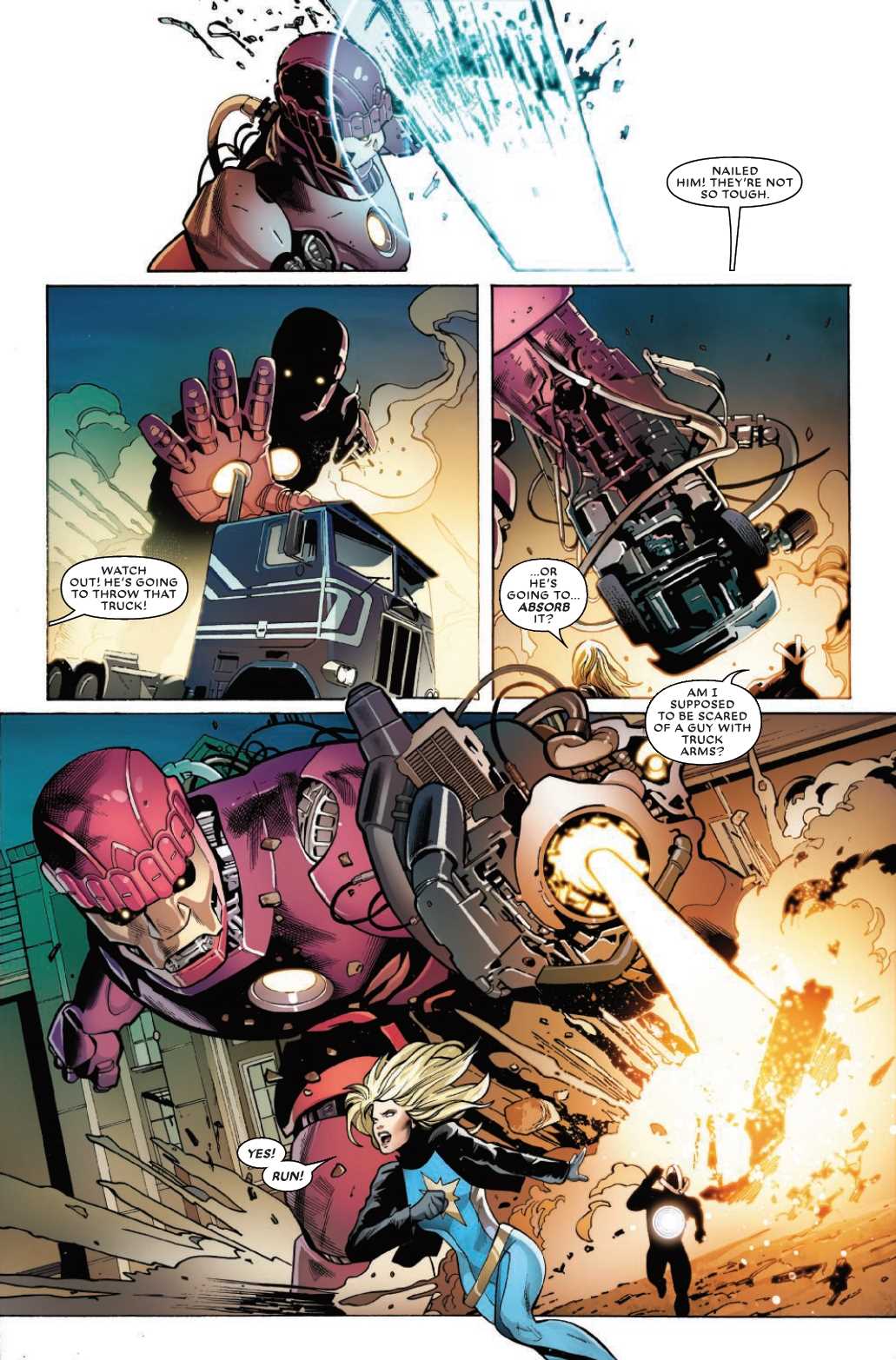 The battle doesn’t seem to be going incredibly well until Banshee arrives saving the day in Dues X-menmachina style by putting the smackdown on some sentinels until they hijack the device Beast implanted into Banshee to counteract his Apocalypse Seed that he attained on his resurrection a few years back in reader time.  The reprieve is short lived as hijacked banshee begins to attack our not to be referred to as X-Men mutant team.  Colossus muzzles the screaming mimi man until Dazzler opts to take the full brunt of a Banshee cry in order to transmute the sound waves into a powerful light attack. 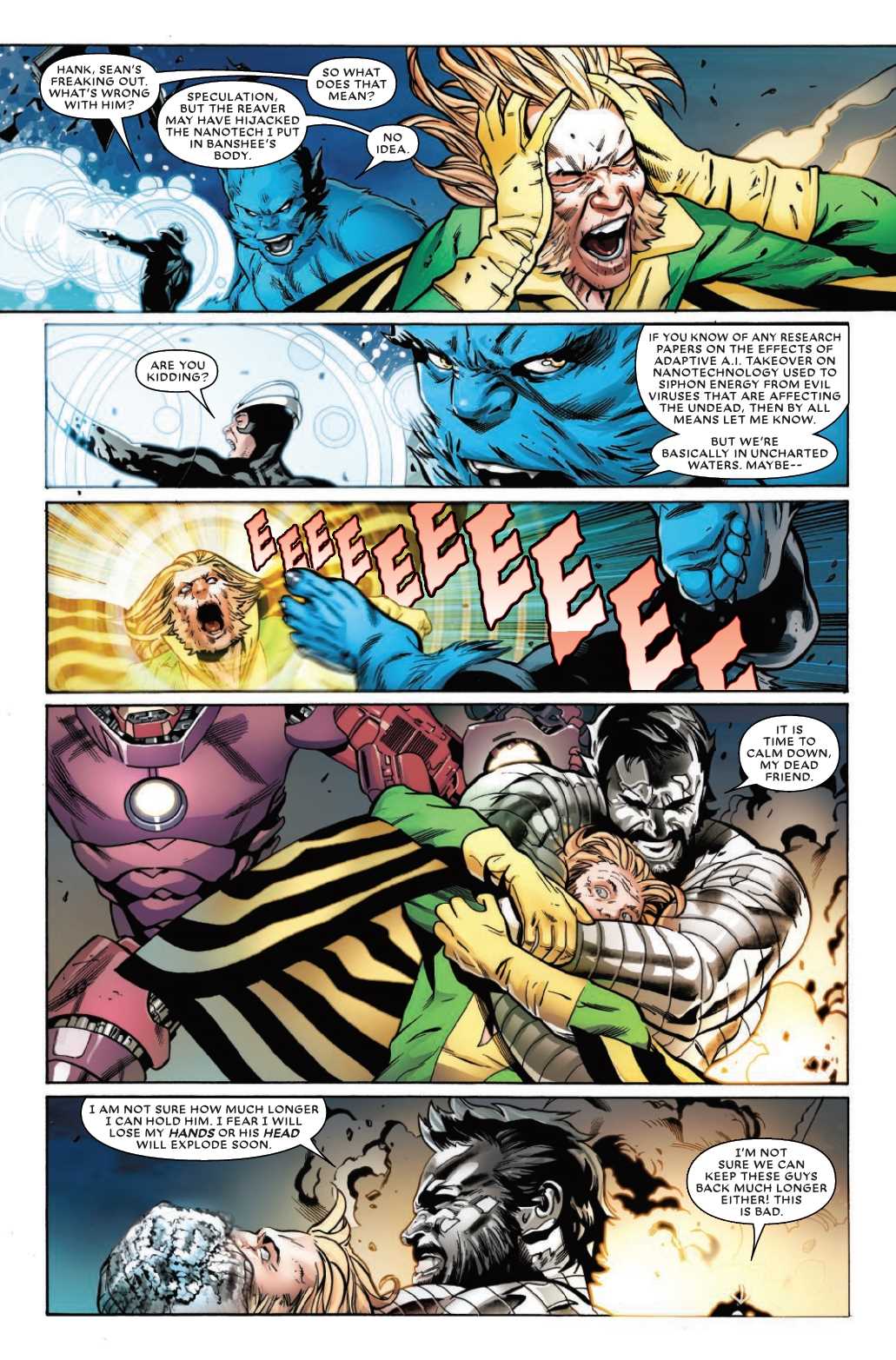 Thus supercharged and about to Blow, an Animalistic, sound Cannibalizing, Rainbow-Warrior Dazzler uses her True Colors to fell the Reaver/Sentinels. Like giant inert Timber the machines fall after they had just called her a bootleg Ke$ha. Tik Tok Reavers, Tik Tok!  Beast tears the Reavers free from the new O.N.E. (office of national emergency) sentinel technology thus defeating the immediate danger as if to say, “C’mon Crazy Kids, Take it Off, We R Who We R.”

O.N.E., none too pleased with their stolen tech come to retrieve their goods and hopefully make some mutant arrests in addition to the apprehension of the cyberterrorist Reavers.  Needing a fall man, Havok has Dazzler create yet another illusion so the team thinks he is escaping while he actually stays to be arrested by the head of O.N.E..  The series ends with Havok finally living up to his own standards of heroic idealism while the brunt of the battle was in fact won by Dazzler with the Banshee supercharge.

Dazzler, decidedly not a bootleg Ke$ha shines bright this issue by creating light illusions and ultimately defeating the Reaver/Sentinels with her Banshee powered blasts.  Havok discovers he has the gumption to take the fall for the team and become a hero.  All in all it was a satisfying conclusion to the series and story arc letting us see that the less than perfect X-Men can still pull it together to succeed.