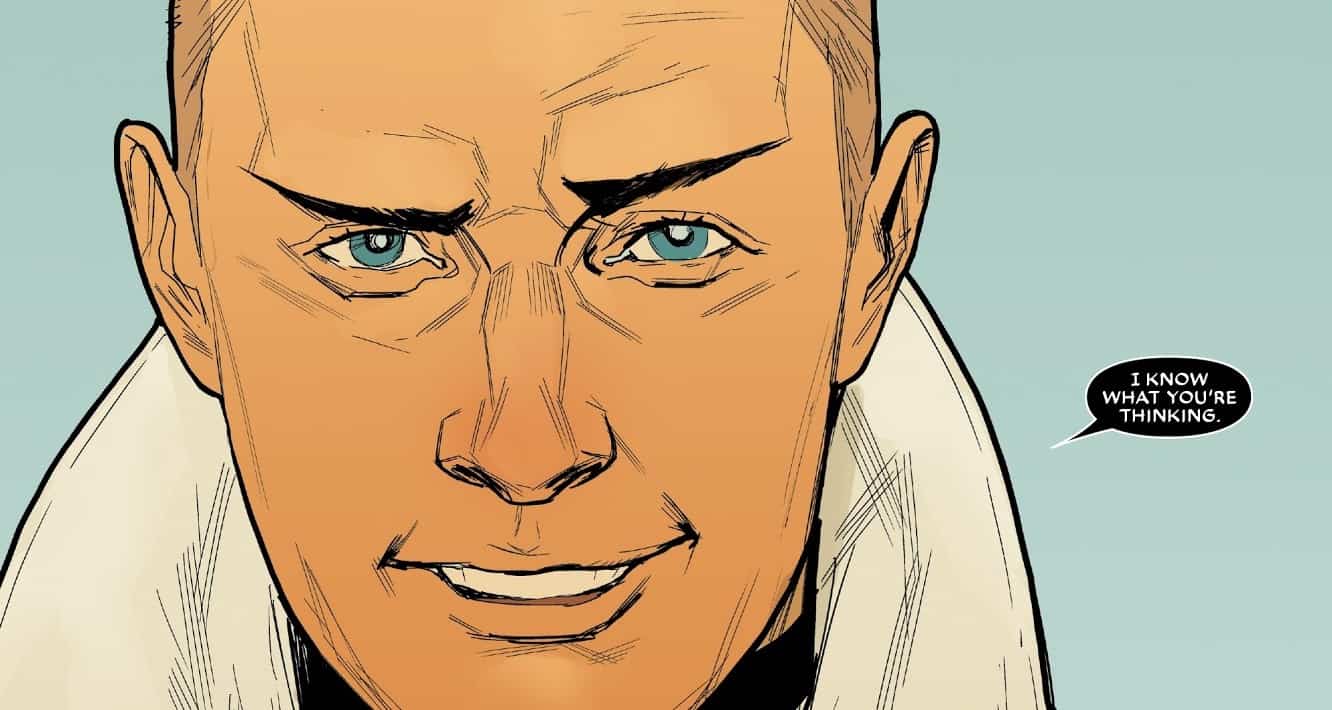 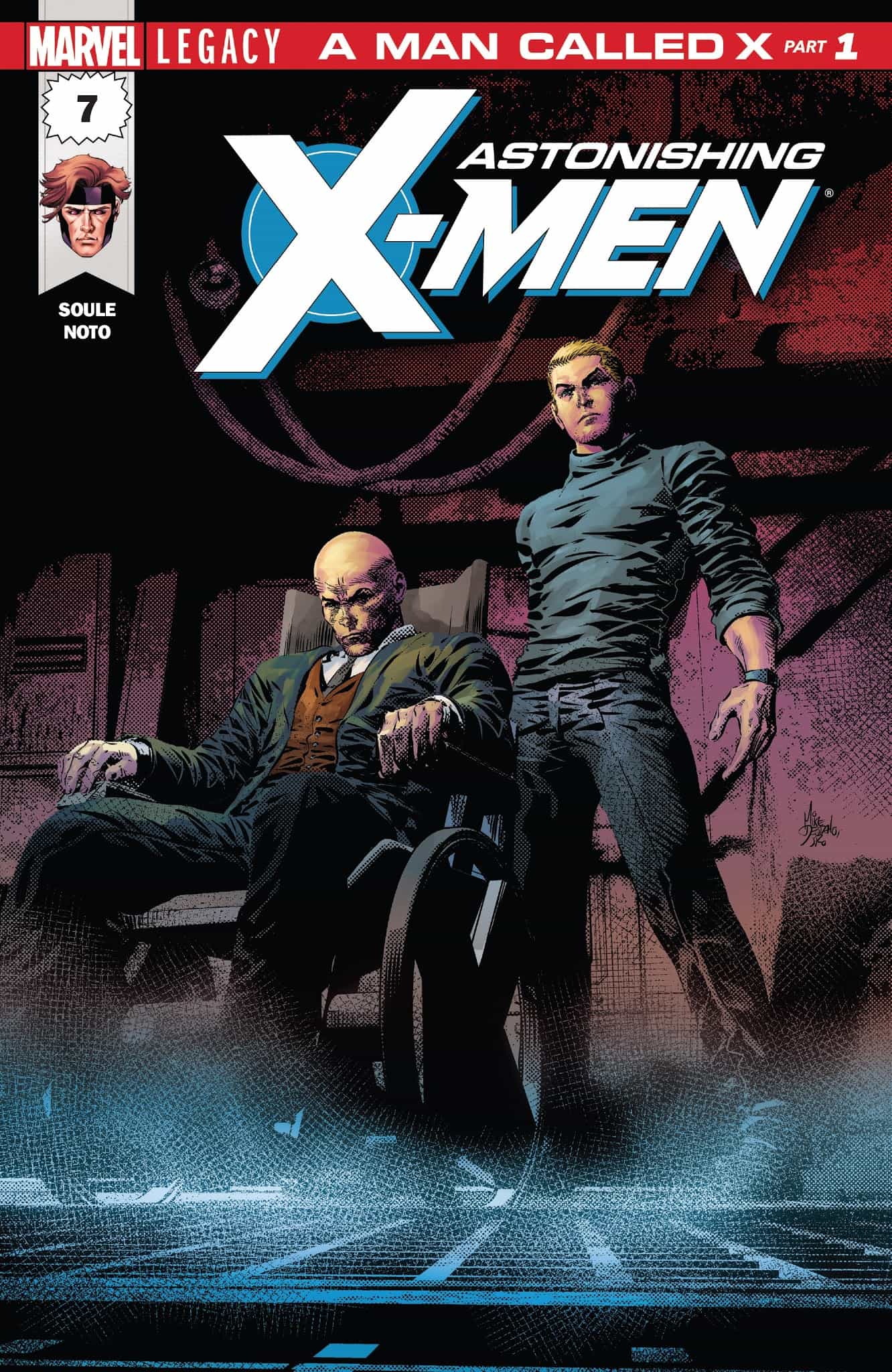 Fantomex made the ultimate sacrifice and gave Charles Xavier a new lease on life. But underestimating the dual effect of death and an eternity spent with the Shadow King would be making a deadly mistake.

Having defeated the Shadow King, Charles Xavier has cheated death yet again and walks the realm of the living. However, Farouk’s psychic infestation continues to rampage throughout London and threatens to consume everyone.

The X-Men know well that a return to the living after death comes with a price. In front of them stands their beloved mentor, Charles Xavier, thought to be lost to them forever. In a way he still is. Fantomex forfeited his existence and Charles lives through him. The X-Men assume a guarded position knowing full well that things are not often as they appear.

Putting both suspicion and celebration aside, The X-Men hone in on the current threat. However, Xavier comes bearing gifts. His greatly enhanced telepathy grants Warren control of the Archangel long enough to dispatch London’s military strike jets set to purge the area, sacrificing countless lives determined to stop the Shadow King’s poison from overcoming the cities barriers and sweeping the globe.

As he so often does, Bishop examines things from a different perspective. Separated from the remaining X-Men, he relies on his temporal database to access the current event and its predestined outcome. His instincts serve him well as the report yields that an extinction level event is almost inevitable.

Xavier continues his labor to expel the contagion. The Shadow King has one final gift of his own for him and his X-Men. The rise of the green sun and its explosion return yet another figure from the past from death’s domain. Kevin MacTaggert has been set free and the world will once again face the deadly threat of Proteus. 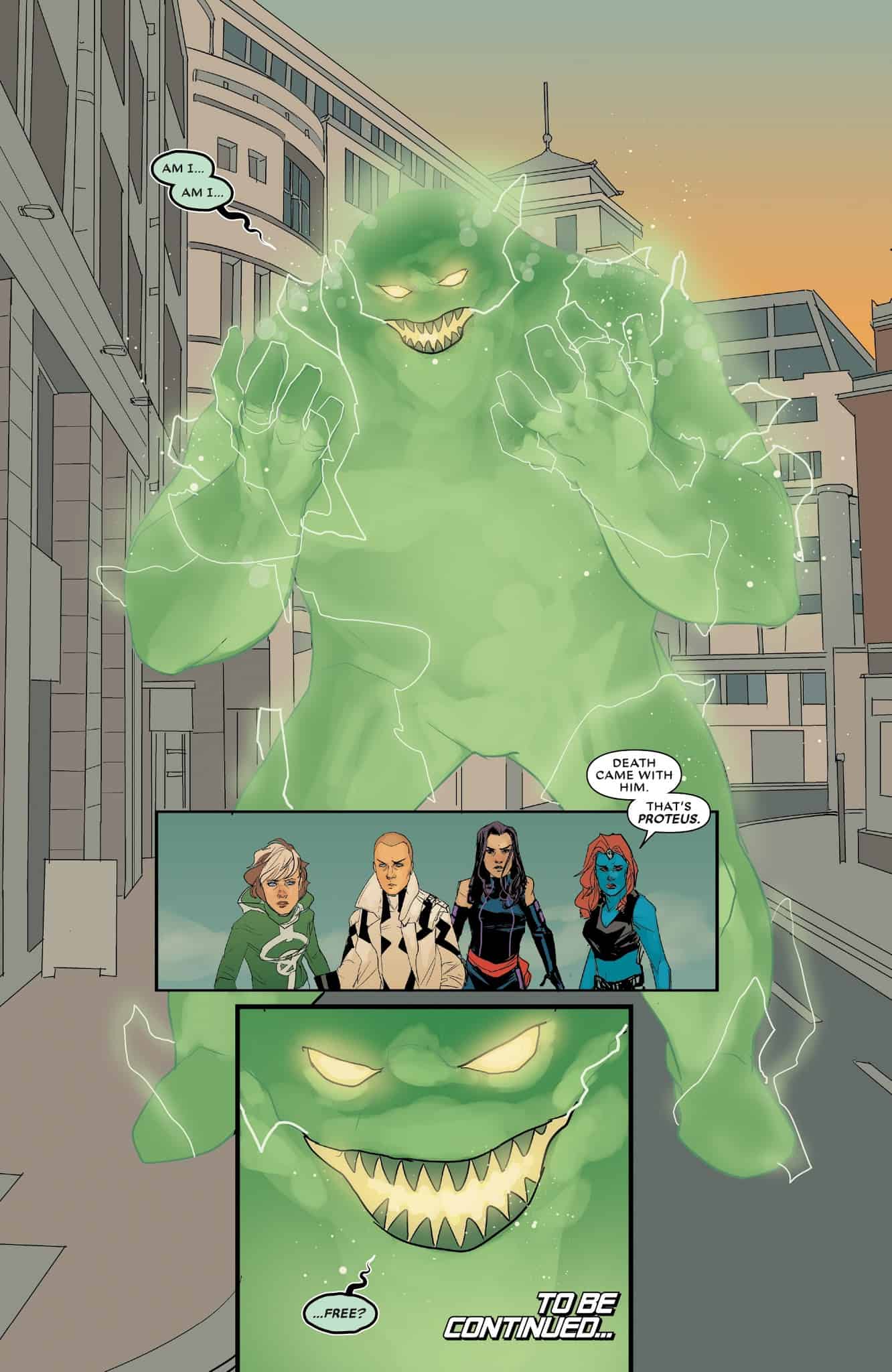 In lieu of a new arc with a revived Xavier finding himself back in the Mansion for an immediate reunion with his students, Charles Soule has spun another chapter of his tale which explores the nature of Charles directly following the events from the Shadow Plane and his battle against Farouk.

In my opinion, the play works. Taking direction deliberately from the cue of Legacy itself, Soule launches us headlong straight into the significance and consequence in which Xavier breathes again. The reader gets a sincere sense of the emotional tone resulting from the initial reactions of those who knew him before. Chief of them being apprehension and mistrust. It would be a huge mistake to ignore the serious nature of anyone who once called themselves an X-Man returning to life as so often before what would naturally be a joyous event turns out to be a bigger tragedy than the one that preceded it.

Though I loved Xavier and the history he set for us all to love all of the incredible characters to follow, I was ready to let him go. After the events of AVX in which he met death at the hands of the prodigal son, I felt that it was time. In order to move on, to make room for new stories, old ones need to close. Soule’s venture to revive Xavier is something that I struggle with myself. Time will tell if my apprehension yields to a positive or negative view on his return. But the same holds true for the overall initiative of Legacy’s aim as a whole.

The sole misstep in the issue would be the decline in interior art and color. The vivid detail we’ve been accustomed to in the previous 6 installments begins to give way to mediocre skill and a watered-down presentation. After all, what’s the purpose of a comic book without great art to accompany a story?

Rating: 6.5/10
Final Thought: “A Man Called X,” is a decent start to another story arc in which the X-Men will be required to deal with the aftermath of a man who has spent death in anything other than eternal rest and instead has been locked in endless torment. Naturally, no one comes back the same way they left. I’m sure Xavier will be no exception. The question is, will we be the better for it?