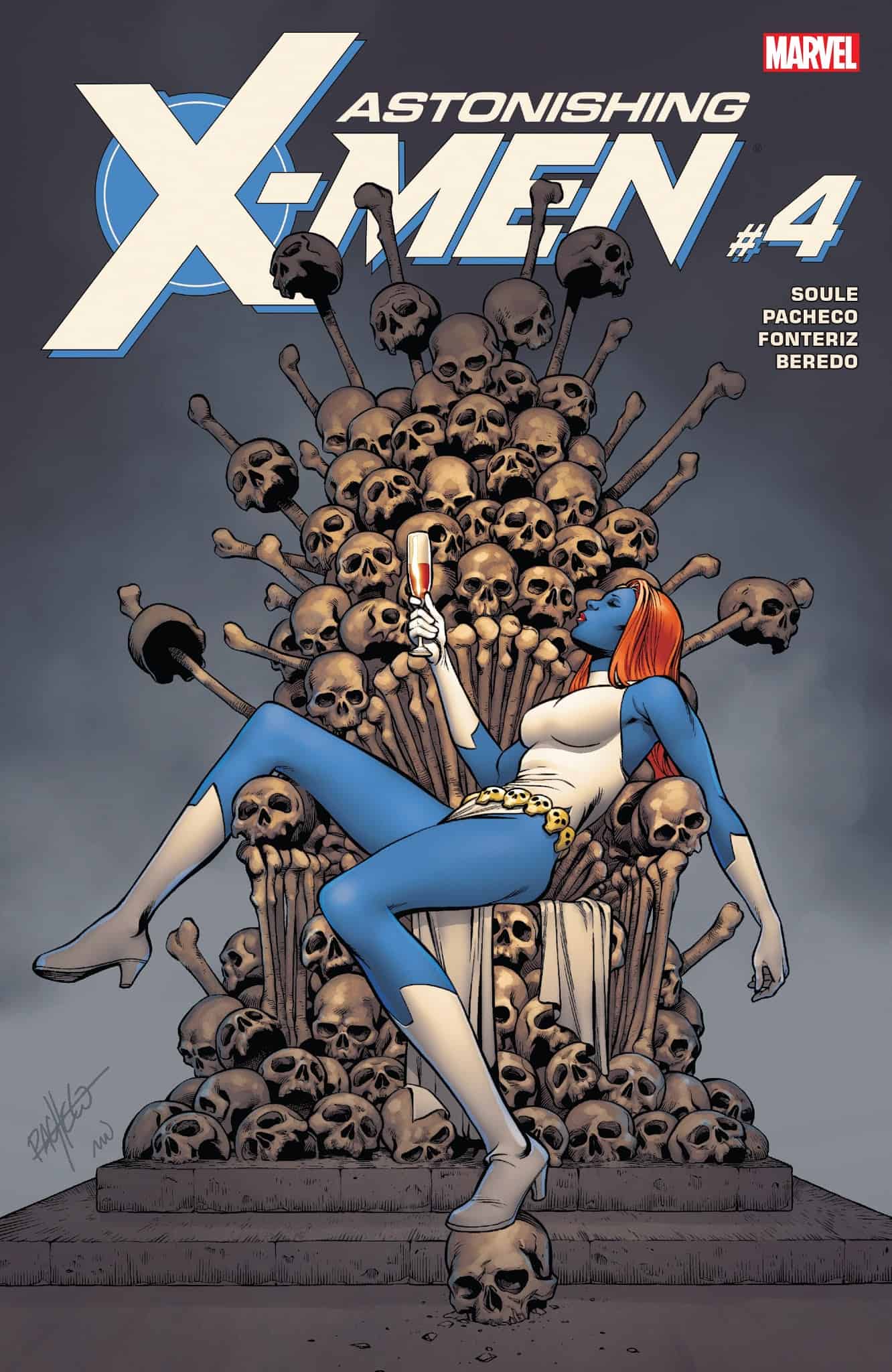 The most savage of the X-Men has fallen and is nothing more than a deadly pawn under the control of the Shadow King. Psylocke continues to maintain her link with the others in the astral plane but the longer they tarry the more likely they are to become prisoners themselves in Farouk’s twisted mindscape. The spirit of Xavier is willing to do anything it takes to defeat his old enemy, even if the price is the lives of his beloved X-Men.

Psylocke continues to serve as the only means in which the X-Men who have entered the Astral Plane have any chance of escape. That link has become strained as continued distraction threaten to divert her attention. The Shadow King has claimed Logan and after a near fatal assault on a negotiator while Psylocke and her defenders, Angel and Bishop, have run out of time and choices.

Under the complete control of Farouk, Logan awakens and rapidly begins to confront Psylocke’s protectors. She knows that Warren is unwilling to release the Archangel, the only true viable threat to Logan, and Bishop simply isn’t equipped to defeat him. Xavier urges Psylocke to release a portion of the link to Xavier leaving her the ability to confront Logan. The two enter into a scuffle that results in Psylocke launching Logan out of the high rise, plummeting after Bishop who just moments before received the same treatment from Logan.

Elsewhere is the Astral Plane, the others begin to entertain the notion of willing surrender as Farouk’s machinations are so tempting that the will to resist is quickly loosing its appeal. Each are aware that these fantasies are deliberate ploys, but in light of their less fortunate lives, the simply don’t care. Only intervention by Xavier himself wrenches them from their own indulgences and returns their individual perspective and rationale. All of them save one. Gambit, like so many times before, simply could not resist the allure of his own darkness, and becomes the Shadow Kings second pawn. 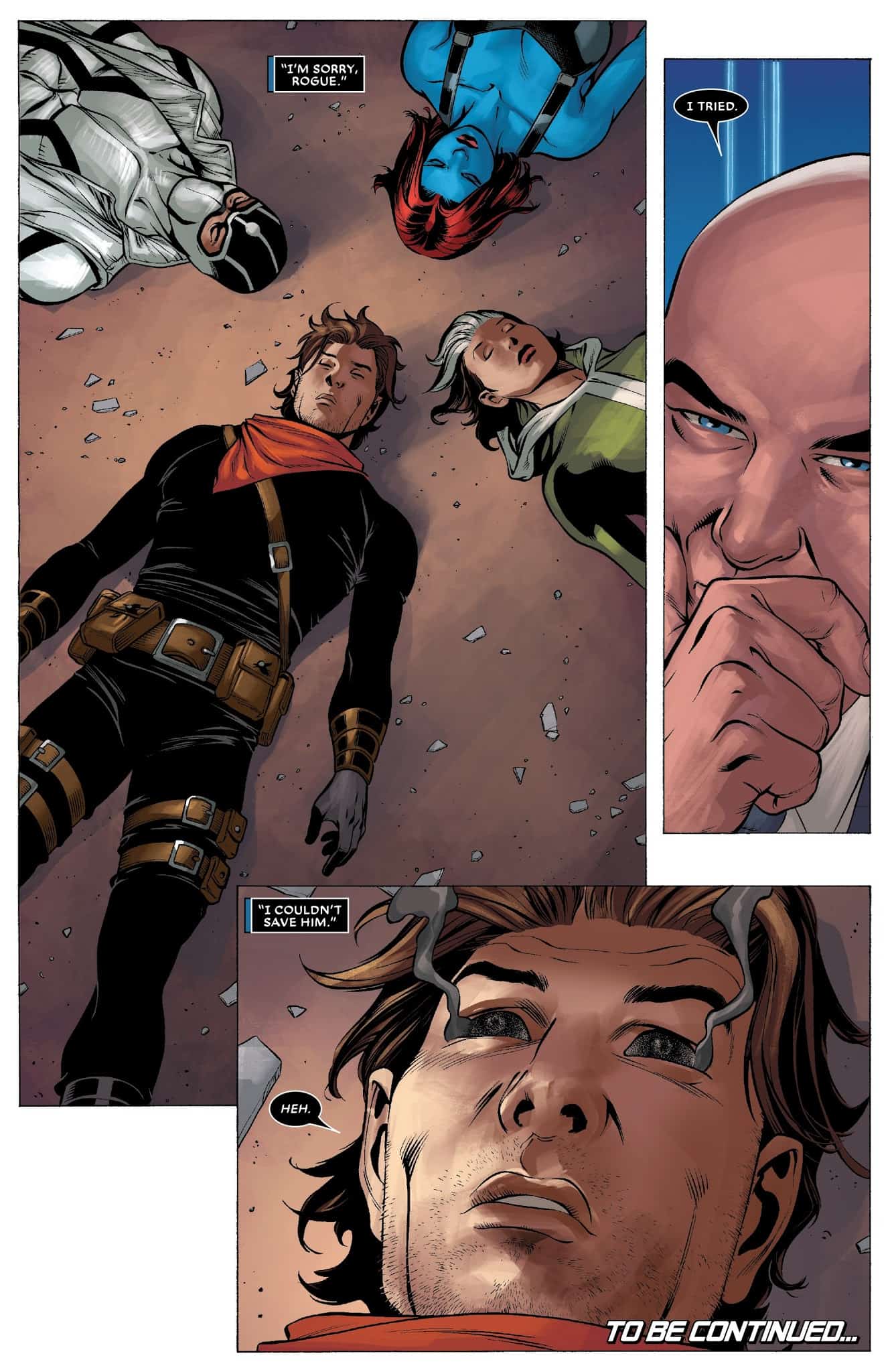 Astonishing achieves success by delivering story lines that have all the dynamic qualities that propelled the X-Men into the initial height of their popularity. This series reaches a perfect balance of thrilling combat and romantic or interpersonal conflict in equal measures.  Much to the outright glee of many longstanding X-Men enthusiasts, Astonishing plays to the heart of popular desires by assembling a cast predominantly of the most popular characters and throws them back together in a formula that yields success on numerous levels.

In some cases, it’s been years since some of them have interacted with one another, each having been linked to one another with some significance by love, hatred, or otherwise, and provides limitless possibilities and entertainment. Rogue and Gambit fanatics are no doubt reveling as Soule wastes no time in ripping off the band aid and reexamines their romance, even if after all the betrayal, such a relationship seems all but impossible.

But Astonishing seems to traverse what would seem like the impossible regularly and with gusto. Soule counters any dispute of leaning on predictability by pairing outright foes. Undeniably Fantomex and Mystique are the principle enigmas and normally the only eye contact they make would be staring down the barrel of a gun. However, the astral plane serves as the perfect landscape to study both characters, each keenly aware of the others true qualities and gives each adversary significant understanding and newfound appreciation. As of now, with Psylocke otherwise engaged, teamed with Angel and Bishop as her guardians, this leaves plenty of room for upcoming issues to shift focus on their own deep rooted and complex layers. 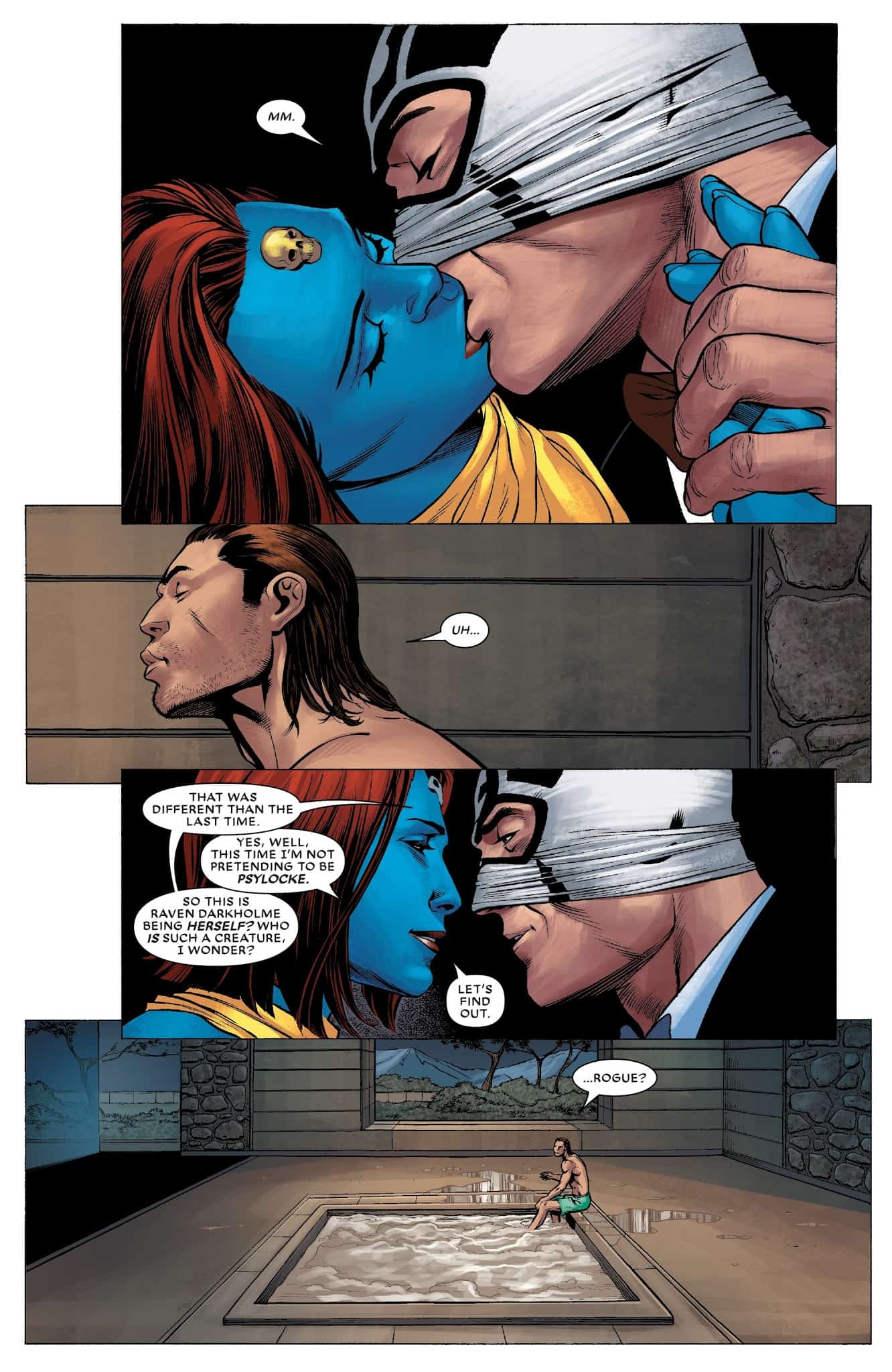 Astonishing continues to provide new twists to chief characters. Xavier and the Shadow King have been mortal enemies for the better part of 40 years and outside of their mutual hatred, mortality is the only other condition they both share. Soule isn’t about to let death deter him from utilizing them as catalysts for ongoing events which also allows him to add another pivotal chapter which would otherwise be impossible.

Astonishing rewards nearly every X-Men fan by marking a dramatic shift from periods and creative direction that have been less than kind to the franchise and boldy declares a return to creative stories with Charles Soule’s run shaping up to be as memorable and critically celebrated as some of the stronger periods in X-Men history.

Final Thought:  Soule continues to give X-Men fans a serious bang for their buck. Astonishing provides plenty of drama coupled with action packed sequences that hearken back to eras that many fans crave but haven’t seen in years. Scratch that. Decades.